14
Sex and the City Trivia!!!
posted by aleciane

Episode 1
Making its splashy debut on June 6, 1998, the first episode of Sex drew 3.7 million viewers — a respectable number, considering it was a new series on a pay-cable channel. (But viewership would balloon by the finale, which, nearly six years later, would draw 10.6 million viewers.) At the time, HBO's slate included Oz, Arli$$, and Taxicab Confessions. And a little show called Family Man — eventually renamed The Sopranos — was gearing up to premiere the following year.

Can you imagine Carrie as a brunette? That was the plan up until 24 hours before the pilot was shot. ''I got a call that Darren wanted me blond,'' Parker remembers, ''because Candace Bushnell is blond.''

Episode 4
The cabdriver from the ''up the butt'' episode also appears in the movie, driving Carrie and Miranda. ''We've had a fight and we're trying to work it out,'' says Cynthia Nixon. ''We got such a kick out of the fact that it was [the same driver].''

Episode 7
''My book just got a kick-ass review in 'Entertainment Weekly.''' — Novelist Jared (Justin Theroux), bragging to Stanford and Carrie

Episode 17
In the original HBO broadcast — which aired on July 4, 1999 — Carrie said it was John F. Kennedy Jr. who emerged as Samantha's all-powerful social savior. After Kennedy passed away in a plane crash on July 16, 1999, however, Parker rerecorded the voice-over for DVDs and future reruns, subbing in Titanic star Leonardo DiCaprio as the hero.

Episode 20
Samantha ditched her septuagenarian lover over his flabby backside, but the behind of the actor who played him (Bill McHugh) was a bit too fit for the role — so SATC's producers hired a butt double. Says Michael Patrick King, ''I had to audition asses...I'm talking about 80-year-old men. They come in and they pull down their pants....This guy with the flabbiest ass I have ever seen [came in], and I said, 'Congratulations. You're the ass.' He was making jokes, like 'I'm over the moon about this.'''

Episode 25
Aside from that Playboy charm, Carrie sported many trendsetting pieces of neckwear throughout the series, from her plot-driving "Carrie" nameplate necklace to the string of diamonds gifted by the Russian.

Episode 35
One minute of footage of Carrie and Miranda delighting in the frosted treats at NYC's Magnolia Bakery was all it took to kick-start a cupcake craze. Fans now face lines out the door — with about a 20-minute wait on weekends — to get their sugar fix.

After her turn as Adeena Williams, the restaurateur who disapproves of her brother dating outside their race (read: Samantha), Sundra Oakley went on to Survivor's so-called ''race war'' edition (Cook Islands), where she made it all the way to the final four.

Episode 48
To avoid the fake "555" phone numbers TV shows and movies often use, the show bought two real NYC phone numbers to have on hand when needed, like for this business card Carrie picked up from the vet housing the noisy roosters in ep. 48.

Episode 52
The chocolate cake Miranda almost bought at NYC bakery Payard actually exists — and it starts at $26, far cheaper than the $74.50 she was quoted. A rep says the exposure didn't increase foot traffic, adding, ''We were kind of popular already.''

Episode 54
Fake-nipple entrepreneur Lori Barghini got her creations into ep. 54 (Samantha and Miranda try them out) after sending them to Michael Patrick King. Once the "enhancers" ($20; www.bodyperks.com) made their cameo, Barghini says they got hundreds of orders, but like most Sex trends, "we got knocked off by everybody!"

Episode 61
King — who once gave a significant other a cardboard baby as a joke — couldn't find one he liked for filming, so he had series prop master Sabrina Wright create a flat baby to spec. ''I wanted the face to look forward,'' he says.

Episode 67
Says Chandra Wilson of her day shooting Sex on the NYC streets: ''Folks would stand around and watch. It was a really cute scene. That was fun.''

Episode 71
Famed SATC style guru Patricia Field made her one and only appearance on the show in this episode, as a guest at Carrie's book party.

Episode 76
Producers went so far as to build sets and hire actors to shoot scenes for Jules & Mimi, the fictional BBC America soap Miranda becomes obsessed with. ''That was the first thing we filmed this season,'' exec producer Cindy Chupack told EW in 2003. ''For a day it felt like our entire crew was working on Jules & Mimi.''

Those six simple words spawned a franchise: first, a dating advice book co-written by Greg Behrendt (who originated the phrase in the Sex writers' room), then Behrendt's short-lived talk show, and finally, a movie starring Jennifer Aniston due this fall.

Episode 90
Look for Charlotte's Cavalier King Charles spaniel, Elizabeth Taylor (played by Penny), to reprise her role in the movie. Also making a return engagement is Joseph Pupo, who played Brady as a baby on the show.

Episode 94
''I decided on John at the end of the series because I wanted him to have a name that could be almost like Everyman,'' Michael Patrick King explains of the Big reveal in the show's final minutes. For the movie, however, the character warranted a full name: John James Preston. ''He needed a name that had a moneyed, American feel,'' King continues. ''And Preston [was] because of Preston Sturges,'' he says, referring to the Sullivan's Travels director. ''To me, that was fancy.''

(I didn't write this! credit goes to:

link)
meg_tuck, rebtre and 12 others like this
kathiria82 What is this for?
housegrl32 Oh yeah I forgot that's where "He's just not that into you" came from!

1
Sex and the City Quotes
added by velvet87

2
Miranda and Robert
added by aleciane

1
carrie and big
added by kuchuk 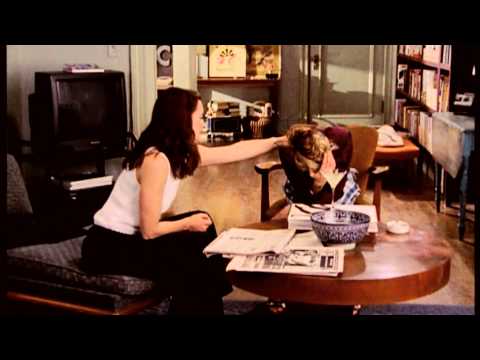 3
Sex and the City | Carrie;Big (Take It Back)
added by karin85
video
sex and the city
carrie
big
fanvideo

3
Sex and the City: Carrie & Aidan Season 3
added by always-forever
Carrie and Miranda run into their exes Steve and Aidan and their new girlfriends.
video
season 3
scene
carrie
sex and the city
aidan

Kristin Davis, Sex And The City
added by Mylengrave