2
A Prophecy In my Dreams Chapter 3
posted by silvershady
Rocha's POV:
Shadow was so sour. He spent the rest of the day sitting in the corner of the cell, glaring at me as I kicked harshly at the iron cage. "What is your problem?" i asked him. He didn't even answer. Instead he stuck his nose up and huffed noisily. I had been kicking all day and hadn't even made a dent in the iron. I was so frustrated and Shadow was only making it worse. I wanted to punch that sour look off his face, and that's exactly what I did. "Hey!" he stood up and growled at me, rubbing his right cheek. I smirked, "why are you acting like that?"
"I dont have to explain anything to you! You're just a prisoner!"
"Well it's not like you have any way of getting out of here either, so that makes you a prisoner too!"
"I will be let out soon. But you have no chance!"
"Says who?"
"Says I!" Shadow yelled and flug his fist out, slamming me head-first into the wall. I felt light-headed and soon blackness consumed me as I fell unconsciously to the ground.

Shadow's POV:
"Rocha?" I called the bat's name, but she didn't respond. I was sure that she was just playing tricks on me. Bats are like that. But I wasn't so sure about this one. She was... different. I cautiously walked up to her, "Rocha?" she lay there motionless. I must have hurt her bad... the Doctor wouldn't be too happy. "Doctor!" I called out as loudly as I could, but he didn't come. Why was I feeling all of these crazy, mixed emotions? And why was I once again thinking of Maria? I looked at Rocha one more time and sat down. I would figure out more once th Doctor came, for now, something just didn't feel right.

Rocha's POV:
I slowly opened my eyes and cried out in pain, every movement seemed to hurt me. My head was throbbing heavily. I closed my eyes again and whined, then I heard footsteps, "What happened?" I sobbed. "Good your awake." Everything came back to me when I heard Shadow's voice, "Why did you do that?" I moaned. "I'm sorry, but you punched me in the face." I felt someone place their hand gently on my side. "Why does my life have to be so aweful?" I began to cry even more as I thought about my whole life. All of those terrible events came rushing into my head and I blurted them out as they came. "Why did my parents beat me the way they did? Why did they abandon me in that dark forbidden ally? Why am I so lonely? Everyone I had ever met or knew had turned against me! Is there something wrong with me? And these dreams... they wont leave me alone, it's as if I am destened to know what they mean!" I screamed as tears flowed like a river from my eyes. The hand was still on my side, "I'm cursed!" I spat angrily, and turned to see Shadow looking at me with a hint of sympathy and pain in his crimson eyes. "I can relate." Was all he said before leaving me and walking inside the empty pod. "See what I mean!" I called after him only to see him return holding that beautiful gem. All of a sudden, fear came rushing into me. How did Shadow get that stone? He walked up to me and touched me with it. "What are you doing?" I asked him. "You dont deserve to live a depressing, horrible and evil life like mine."
"What are you talking about?"
"If we ever meet again, I will tell you... I promise." Shadow grabbed my hand and kissed it before letting it go, "CHAOS CONTROL!" there was a flash of green light and then I was sitting in the middle of a grassy field. Where was I? I looked around... there was no sign of Shadow. I was greatful that he had released me from that prison... but where exactly had he sent me? I began to walk in a random direction hoping that it would get me somewhere soon.

Shadow's POV:
I felt lost as Rocha disappeared into the flash of green light. I was lonely again. Something inside me was telling me that I had done the right thing. I would just tell the Doctor that Rocha had escaped and that I had tried to stop her but she was far too powerful, which she was. I sat down and waited for whatever would happen next. Alone. "Maria."

Rocha's POV:
I had walked very far and it was getting late in the day. The feild seemed never ending as I trudged through the tall grass. If I didn't find some shelter by nightfall I would surely freeze, for the seasons were getting cool. I continued to walk but then I stopped as I saw a large shadow on the ground... there were no trees in sight. Confused, I looked up and gasped. In the sky was a floating island! Maybe someone lived there. I spread my oversized wings and took flight. When I lannded on the island, everything seemed different. There were beautiful flowers and birds everywhere. But it was really foggy and I could only see mere shapes in the distance. I began to walk towards a shape that turned out to be a shrine of some sort and what was sitting on that shrine made my stomach lurch. There was a massive green stone that looked just like the one that I had many bad experiences with. In front of the stone sat some sort of red animal with long hair. I squinted, what was it? I quietly snuck up to it but it caught me. "What are you doing so close to the Master Emerald?" he spoke deeply, but he sounded more curious than angry. "Oh don't worry about me." I said, "I'm not going near any of those stones again!"
"What do you mean by 'again'?" he gazed at me with his amethyst-purple eyes. "Who are you?" he asked suddenly. "I'm Rocha the Bat." I said proudly, for I knew that if this creature dare tried to attack me, he would be in for a real bruising. "I'm Knuckles the echidna." he said standing up, "where are you from?"
"I'm homeless."
"Come." Knuckles started off, giving me no choice but to follow. Soon we reached a house and Knuckles ushered me inside. I wasn't so sure... the last time I had entered a house, I was thrown into a jail cell, but this house seemed different. More welcoming and friendly. "Sonic!" Knuckles shouted and in a second a blue hedgehog with grassy green eyes was standing before me, "Who's this Knux?" he asked, "I'm Rocha the bat." I said. "And I'm Sonic the hedgehog. Welcome... why dont you tell me your story?"
"It's long."
"Oh, Then I'll get the rest of the gang and you can meet them."
"You mean there's more of you?"
"Oh yeah." Sonic flew up the stairs and was followed down by a whole bunch of different animals. They all looked at me oddly but all of their faces were friendly. A lavender cat stepped foreward first, "I am Blaze." she said "it's a pleasure to meet you..."
"Rocha." Next, A small fox with two tails hovered above Sonic, "I'm Tails!" he cried out enthusiastically. Then a pink hedgehog wearing a red dress and carrying a large hammer marched up to me, "My name is Amy Rose. You can call me Amy, but remember one thing... Sonic is MY boyfriend, so stay away from him." I looked at Sonic and he rolled his emerald green eyes. The last one to step up was a purple chameleon. He bowed his head. "I am Espio. I am a ninja." he said in a dark voice that sounded similar to Shadow's. My heart caught in my throat as I thought of Shadow. "If we ever meet again, I will tell you... I promise." He had said as he kissed my hand and sent me away to be free while he was still caged up. "You look like you need some sleep." said Blaze. "I'll be sleeping out by the emerald tonight... something tells me that Eggman is up to no good again." Knuckles looked at me and smiled, "you can sleep in my room. Sonic, take her there."
"I'll get you some blankets Knux." Tails cried. Knuckles smiled at him, "thank you Tails." I was so tired that when I got under the blankets I immediately fell asleep.

Shadow's POV:
"Shadow, where's the bat?" I opened my eyes to see the Doctor standing infront of my cell. "Hmm, oh! The bat! I dunno! First thing I knew I was unconscious... next thing I knew... she was gone." I had left the chaos emerald in the middle of the floor to make it look like she had used chaos control, "She must've used chaos control!" I tried to sound alarmed. "Well then I have a mission for you." the Doctor said as he strapped a communicator to my wrist, "Find her and bring he back... dead!" the Doctor unlocked my cell and let me outside, "GO!" he shouted shoving me hard. I took of and vowed to never come back.


All names and terms: Knuckles the Echidna, Amy Rose, Sonic the Hedgehog, Tails the Fox, Eggman and Shadow the Hedgehog; Chaos Control, Chaos Emerald, Master Emerald and Angel Island belong to Sega, I do not own any of them!
LunaAcores94 and lilly871 like this
Tokyo_The_Cat Wow, gotta LOVE this one! Can't wait to read the next one! 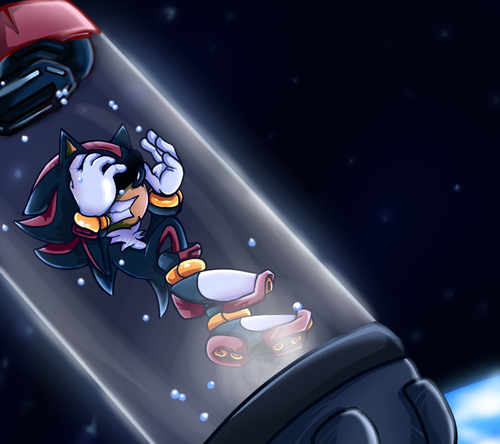 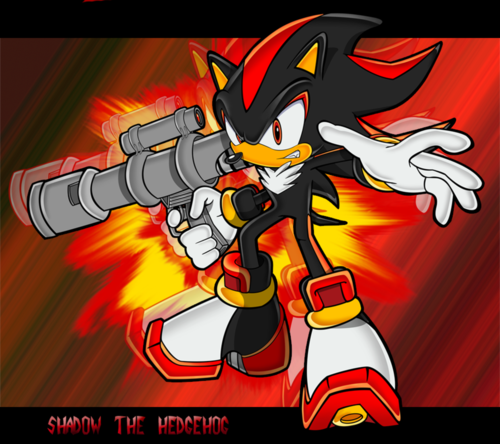 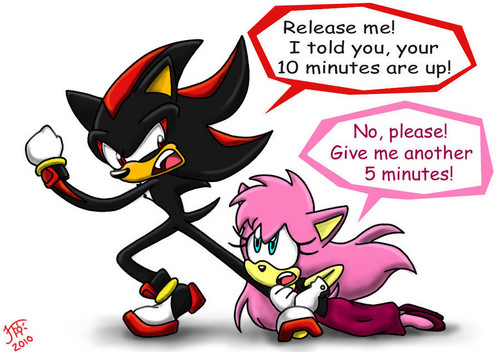 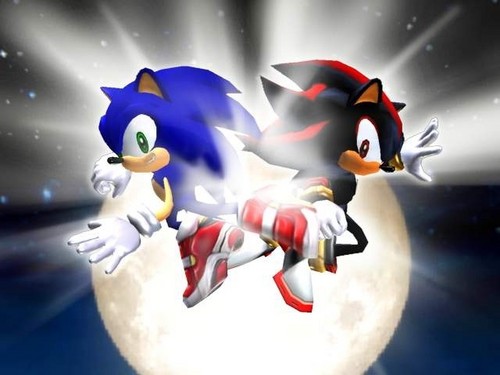 4
Shadow vs. Sonic
added by Soniclover1998 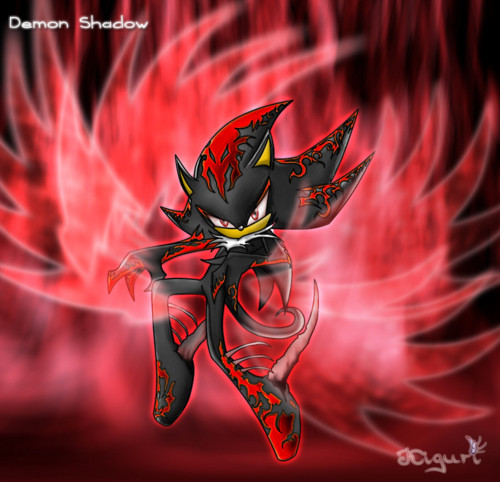 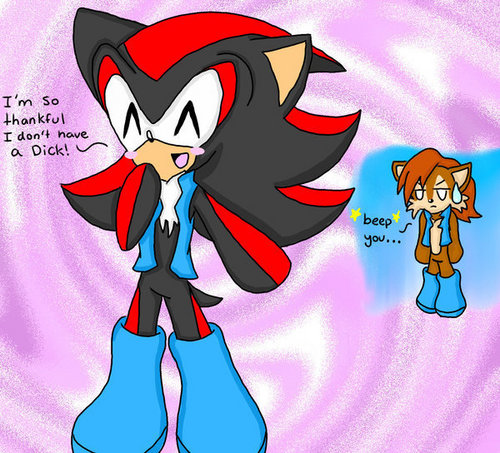 4
Shadow wears Sally's clothes
added by frylock243
Source: whoever made it

3
Shadow Sauce
added by lili11p
This video is strangely addicting to me. I don't know why, but you guys can probably guess
video
shadow
hedgehog
the
sonic 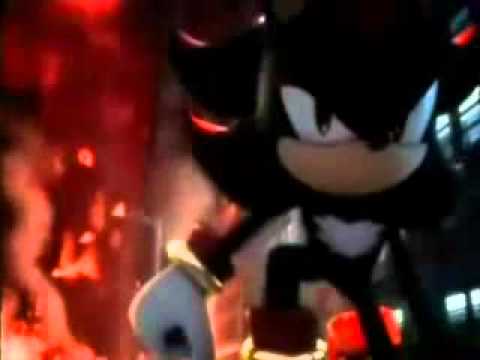 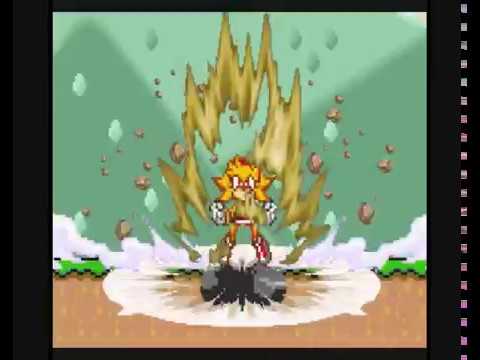 2
shadow vs amy vs sonic
added by John-hedgehog
video 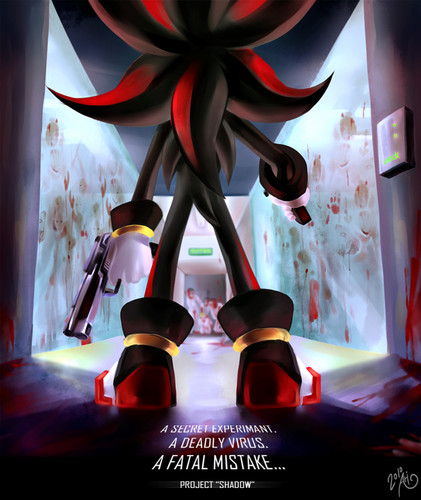 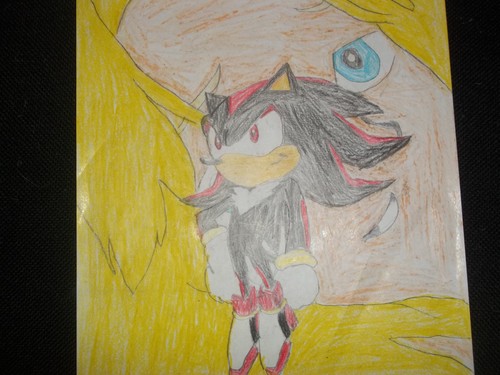 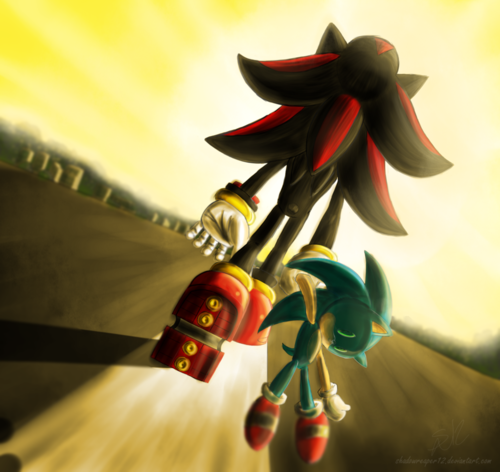 6
So Close Yet so Far
added by sonic143amy
Source: shadowreaper12 on dA 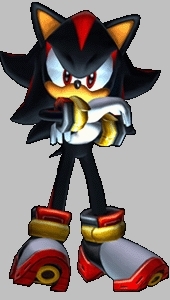 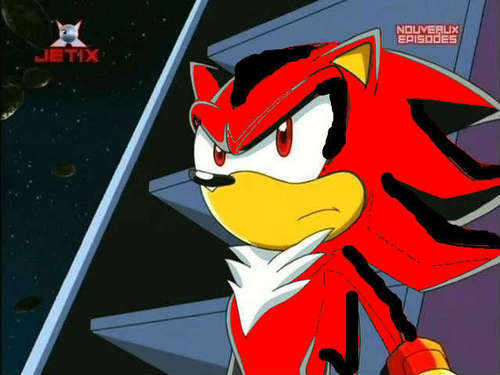 1
Inside Out Colors
added by Flana_2 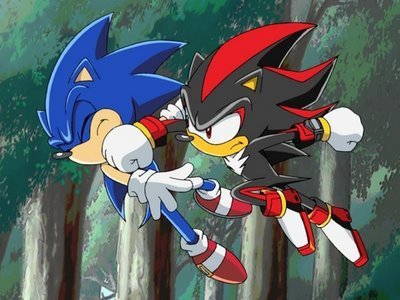 4
Maria's Goodbye
added by Shadowrednblack
Source: i didnt draw maria but i did do the letter
More Cards
1234567891011