Mom smokes in the car. Jesus is okay with it, but we can't tell Dad.

I drank milk that tasted funny.

Notify the editors of the Oxford English Dictionary: the word "plenty" has been redefined to mean "two."

If you're having trouble deciding where to sit, may I suggest One Potato, Two Potato -- or as I call it, the Leslie Winkle experimental methodology.

I can't wear different pajamas. These are my Monday pajamas.

These Hungarians -- they're just using you for dragon fodder.

I wanted a griffin... I was studying recombinant DNA technology and I was confident I could create one, but my parents were unwilling to secure the necessary eagle eggs and lion semen. Of course my sister got swimming lessons when she wanted them.

I'm not insane -- my mother had me tested.

Hot air blowers are incubators and spewers of bacteria and pestilence. Frankly it'd be more hygenic if they just had a plague-infested gibbon sneeze my hands dry.

A tremendous accomplishment would be if the planetary body he discovered were plummeting toward Earth and he exploded it with his mind.

I bought these Star Wars sheets but they turned out to be much too stimulating to be compatible with a good night's sleep. I don't like the way Darth Vader stares at me.

I'm clearly too evolved for driving.

Looking out at your fresh young faces, I remember when I, too, was deciding my academic future as a lowly graduate student. Of course, I was fourteen. And I had already achieved more than most of you could ever hope to, despite my 9:00 bedtime. Now, there may be one or two of you in this room who has what it takes to succeed in theoretical physics, although it's more likely that you'll spend your scientific careers teaching fifth graders how to make papier-mâché volcanoes with baking soda lava.

I never eat in strange restaurants. One runs the risk of non-standard cutlery.... Three tines is not a fork. Three tines is a trident. Forks are for eating, tridents are for ruling the Seven Seas.

Apparently I'm in some kind of relationship and you seem to be an expert at ending them.... I see man after man leaving this apartment, never to return.

Season 2, Episode 7 (The Panty Pinata Polarization)
I trusted you with my email address and you betrayed that trust by sending me Internet banalities -- Strike One. Touching my food -- Strike Two.

Greetings, Hamburger Toucher. You are probably wondering why you cannot IM with your little friends about how much you "heart" various things.

I really don't think this is the kind of thing Jesus concerns himself with.

I'm sorry, but I'm not going to watch the Clone Wars TV series until I've seen the Clone Wars movie. I prefer to let George Lucas disappoint me in the order he intended.

I believe the appropriate metaphor here involves a river of excrement and a Native American water vessel without any means of propulsion.

Season 2, Episode 9 (The White Asparagus Triangulation)     Just for the record, my efforts to establish you as the alpha male were not aided by you bursting into tears.

Radiation burns -- a little mishap while I was building my own CAT scanner.... In fact, I was briefly able to see the inside of my sister's guinea pig, Snowball, before he caught fire. It led to an interesting expression in our house: "not a snowball's chance in a CAT scanner."

When I come back, just for fun, the subject will be alternative history. Specifically, how would the Civil War have gone differently if Lincoln had been a robot sent from the future.

It's not enough that she mocks me, but that isn't even the correct procedure for a cootie shot.

Can I at least have the upper GI? I already drank the barium!

Your argument is lacking in all scientific merit. Now, it is well established Superman cleans his uniform by flying into Earth's yellow sun, which incinerates any contaminant matter and leaves the invulnerable Kryptonian fabric unharmed and daisy-fresh.

The essence of the custom is that I now have to go out and purchase for you a gift of commensurate value and representing the same perceived level of friendship as that represented by the gift you've given me. It's no wonder suicide rates skyrocket this time of year.

I possess the DNA of Leonard Nimoy? Do you realize what this means? All I need is a healthy ovum and I can grow my own Leonard Nimoy!

This is trash talk. Trash talk is a traditional component in all sporting events. Kripke, your robot is inferior and it will be defeated by ours, because ours exceeds yours in both design and execution. Also, I'm given to understand that your mother is overweight.

We don't need Wolowitz. Engineering is merely the slow younger brother of physics. Watch and learn... do either of you know how to open the toolbox?

You know, I am a fan of ventriloquism. Maybe you, me and your dummy could go get a hot beverage. He could talk while you drink.

What part of an inverse tangent function approaching an asymptote don't you understand?

Maintaining five friendships promises to be a Herculean task, so I'm going to have to let one of you go.

They have Twizzlers instead of Red Vines. No amount of lumbar support can compensate for that.

I see no large upcoming expenditures, unless they develop an affordable technology to fuse my skeleton with Adamantium like Wolverine.


I was wrong. Minstrels will write songs about you. There once was a brave lad named Leonard
with a fie fie fiddle dee dee.
He faced a fearsome giant
while Raj just wanted to pee.

Your mother is brilliant, analytical, insightful -- and I'm betting she never hit you with a Bible because you wouldn't eat your brussels sprouts.

You were lucky. When I was a kid, if I wanted an EEG, I had to attach my own electrodes.

That is my spot. In an ever-changing world it is a simple point of consistency. If my life were expressed as a function in a four-dimensional Cartesian coordinate system, that spot, at the moment I first sat on it, would be 0000.

Excuse me, but the problem is not solved. If your head had been accidentally amputated and we transplanted a dog's head in its place, would that be 'problem solved'?

Focus is important. Was Michael DeBakey a wedding planner in between heart transplants? Did Alexander Fleming moonlight as a hairdresser? "Thanks for discovering penicillin -- now how about we try a bouffant?"

I understand your envy. This is a can't-miss symposium. There are going to be discussions on bio-organic cellular computer devices, the advancements in multi-threaded task completion, plus a roundtable on the Non-Equilibrium Green's Function approach to the photoionization process in atoms.

On this side, you'll see panoramic ocean vistas inaccessible to any other form of transportation, while on your side, you'll be treated to 350 miles of Costcos, Jiffy Lubes and cinderblock homes with above-ground pools.

No one calls me "Moonpie" but Mee-Maw.

Penny, everything is better with Bluetooth.

Sorry, coffee's out of the question. When I moved to California, I promised my mother that I wouldn't start doing drugs.
mangab33, teampeetaluv and 11 others like this
VaneOtaku haha love it so much!
shenelopefan Great article!!! 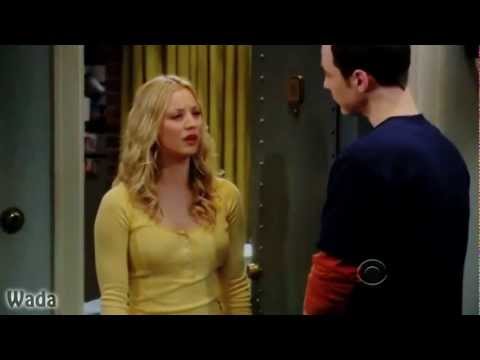 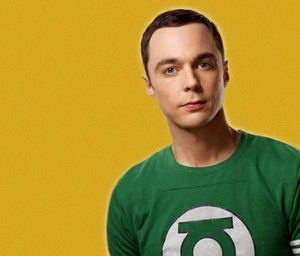 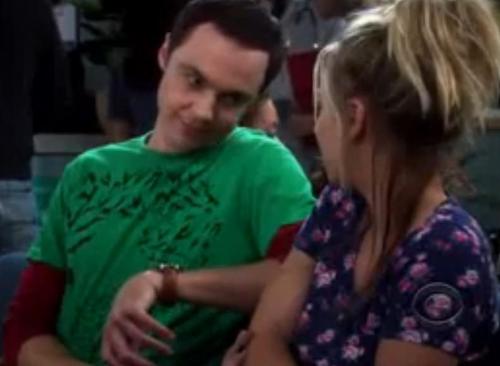 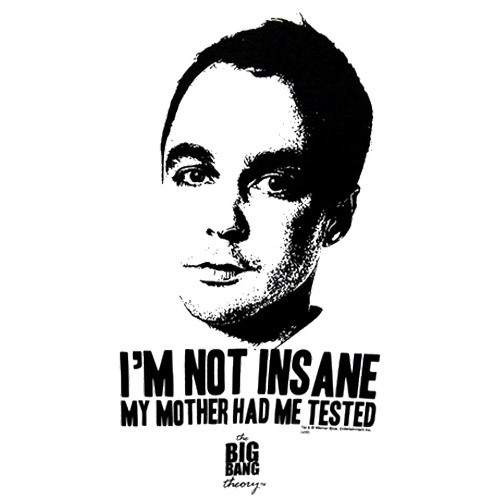 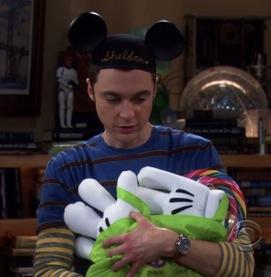 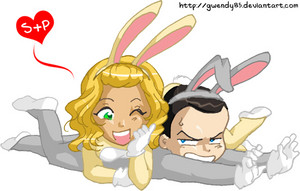 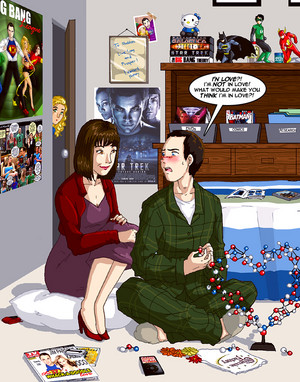 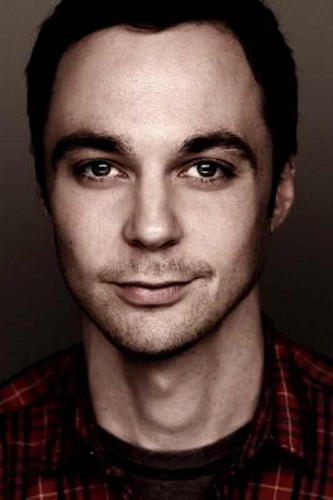 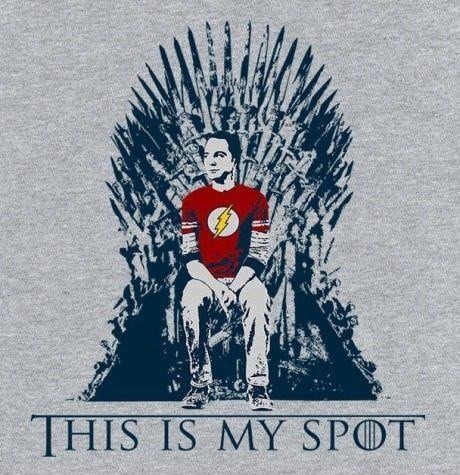 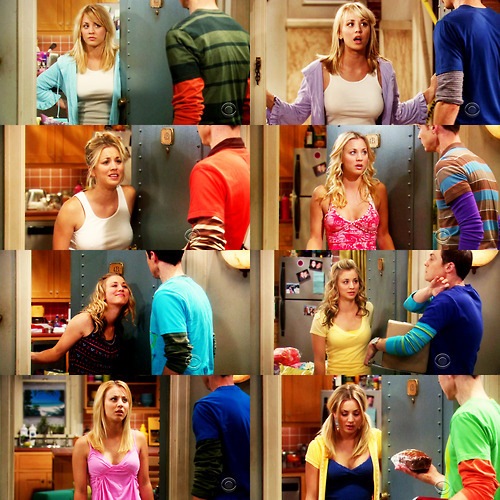 Season 1, Episode 2 (The Big Bran Hypothesis)     Ah gravity, thou art a heartless bitch.
Explain to me an organizational system where...
continue reading...