Below is my review of the 1988 Sherlock Holmes comedy called "WITHOUT A CLUE":

With Guy Ritchie’s new Sherlock Holmes movie due to be released in theaters this Christmas, I had decided to watch another Holmes film called "WITHOUT A CLUE". Directed by Thom Eberhardt, the movie has the distinction of turning the Sherlock Holmes mythos on its ear by presenting a premise similar to the 1982-1986 NBC series, "REMINGTON STEELE".

Ben Kingsley portrayed Dr. John Watson, a late 19th century physician who had been forced to hide his talent as a criminal investigator by creating the fictional character, Sherlock Holmes, while applying for a position at a conservative hospital. Watson failed to gain the position, but managed to solve a crime. To get close to the crimes that came under his notice and satisfy public demand to see Holmes in person, he hired an alcoholic unemployed actor named Reginald Kincaid – portrayed by Michael Caine – to play Holmes.

The movie opened with Watson and Kincaid helping the envious Inspector Lestrade (Jeffrey Jones) and Scotland Yard solve an attempted robbery at a local London museum. By this time, Watson and Kincaid had been engaged in their deception for nearly a decade and the two have become increasingly weary of each other. But the disappearance of Bank of England £5 banknote printing plates and the printing supervisor Peter Giles (John Warner); along with the destruction of a paper mill by fire forced the pair to continue their deception once more. Their investigation led to a major counterfeiting case that threatened to disrupt the British Empire’s economy.

I suspect that ”WITHOUT A CLUE” might not be to everyone’s taste. The movie’s style of humor closely resembled that from the late Victorian/Edwardian music halls. Because of this, the humor ended up being considered flat or incomprehensible to some. I, on the other hand, loved ”WITHOUT A CLUE”. Not only did I appreciate the director and screenwriters’ attempt to compliment the movie’s style with its late Victorian setting; I also liked the fact that the setting also embraced the movie’s style of humor and dialogue. To be honest, I suspect that the humor might be late 20th century, but presented in a late Victorian theatrical style.

More importantly, I feel that screenwriters Gary Murphy and Larry Strawther had created a first-rate story in which Watson and Kincaid set out to solve the disappearances of the banknote plates and Giles. The story is filled with exciting action that included two shootouts, a major fire, an attempted kidnapping, deception, attempted murder and murder. At least twenty minutes into the movie, the script revealed the perpetuator behind the story’s series of crimes. And yet, it still managed to deliver a number of surprises that proved to be both ominous and hilarious.

It seemed a shame that Michael Caine and Ben Kingsley had never worked together again (unless I am proven wrong). The two actors produced such a marvelous screen chemistry that left me in stitches. Caine’s sly and hilarious portrayal of the alcoholic and womanizing fake Sherlock Holmes seemed like a perfect contrast to Kingsley’s uptight and long-suffering Dr. Watson. The two leads were ably supported by the very American Jeffrey Jones, who portrayed the pretentious and envious Inspector Lestrade; Lysette Anthony as the resolute, yet passionate daughter of the missing Peter Giles; Pat Keen as Dr. Watson’s loyal and very proper housekeeper, Mrs. Hudson; Matthew Savage as Dr. Watson’s young and intelligent assistant and leader of the Baker Street Boys; and Nigel Davenport, who portrayed the very aristocratic Chancellor of the Exchequer, Lord Smithwick. Paul Freeman, who became known as Indiana Jones’ arch-nemesis Rene Belloq, portrayed our heroes’ nemesis, the ruthless and intelligent Professor James Moriarty. What I especially enjoyed about Freeman’s performance was his elegant take on the role.

Although a fun and entertaining movie, ”WITHOUT A CLUE” does have its flaws. The movie’s Victorian style humor did come off as somewhat stagy in the first ten to fifteen minutes. This was especially apparent in the sequence that revealed Watson and Kincaid’s lifestyle at Watson’s home on Baker Street. At times, I felt as if I had been watching a stage play. And just before the final showdown, the pacing became so slow that it threatened to drag the movie. The heroes had just suffered a major setback in the case. They spent the period leading up to the finale, trying to figure out their next move. Despite this segment’s short running time, the movie's slow pacing during this period nearly led me to fall asleep.

As I had earlier stated, ”WITHOUT A CLUE” might not be for everyone. Some may not appreciate both director Thom Eberhardt and the screenwriters’ efforts to blend its Victorian setting a music hall style humor. However, I found the humor both sly and hilarious. And along with some great action, a story filled with plenty of twists and a first-rate cast led by Michael Caine and Ben Kingsley, I would highly recommend it.
ariemoe likes this

I have shown a little more enthusiasm toward the various movies and television adaptations of Doyle’s novels and characters. Mind you, I never became a faithful viewer of the television series that starred Jeremy Brett as Holmes. But I have do have my private list of Sherlock Holmes movies that I consider as personal favorites....
continue reading...
4
The best words of Sherlock Holmes
posted by Gita184 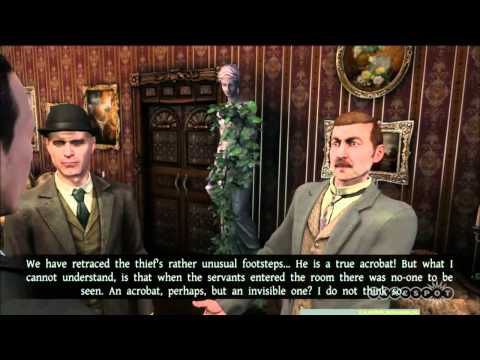 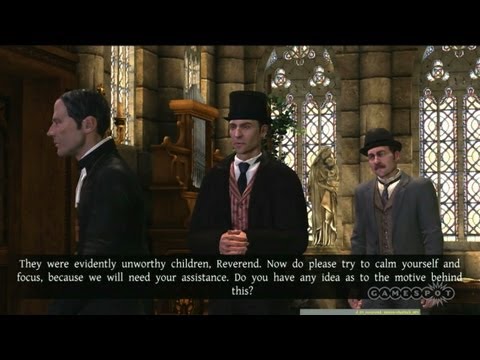 2
The New Adventures of Sherlock Holmes: The Testament of Sherlock
added by Tamar20
video 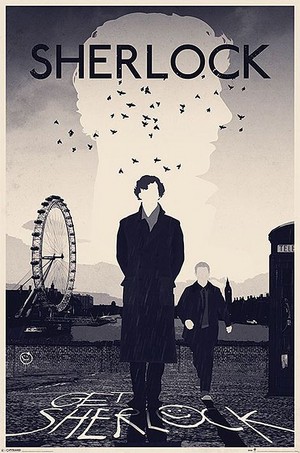