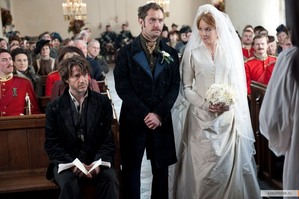 Loosely adapted from Arthur Conan Doyle's 1893 short story called, "The Final Problem", "SHERLOCK HOLMES: A GAME OF SHADOWS" picks up sometime after the end of the 2009 movie. Thanks to Irene Adler's disclosure of the master criminal, Sherlock Holmes has been investigating Moriarty's activities. The latter brings him to the attention of Irene, who is still working as an agent for the professor. He follows Irene to an auction, where she delivers a package to a Dr. Hoffmanstahl as payment for a letter he was to deliver to Moriarty. The package holds not only money, but a bomb that would have killed Hoffmanstahl, if Holmes had not intervened. Unfortunately, Hoffmanstahl is assassinated upon leaving the auction house. And when Irene meets with Professor Moriarty to explain the events, he poisons her, deeming her compromised by her love for Holmes.

Holmes reveals to his friend and colleague, Dr. Watson, that Moriarty might be connected to a series of murders, terrorist attacks and business acquisitions. During Watson's bachelor party, Holmes meets with the Gypsy fortune-teller Simza, the intended recipient of the letter he had taken from Adler. It was sent by Simza's brother Rene, who has been working for Moriarty. Holmes defeats an assassin who had been sent to kill her. Later, Holmes meets with Moriarty after Watson's wedding to Mary Morstan. Moriarty informs Holmes that he murdered Adler and will kill Watson and Mary if Holmes' interference continues. After Holmes help Watson and Mary fight off attack by Moriarty's men aboard a train during their honeymoon, the two men travel to Paris to find Simza. Their journey to Paris, Germany and Switzerland lead them to uncover a plot by Moriarty to instigate a world war and profit from it. This plot will be set off by an assassination at a peace conference in Switzerland.

Although the movie was a hit at the box office, it received mixed reviews from the critics. A good number of them and moviegoers claimed that although it was entertaining, it was not as good as the first movie. In my review of "SHERLOCK HOLMES", I made it clear that I enjoyed it very much. And I still do. But after watching "SHERLOCK HOLMES: A GAME OF SHADOWS", I began to realize that the villain's plot featured in the first movie struck me as a little . . . illogical. Using the illusion of sorcery to assume control of the British Empire? James Moriarty's plot to assume control of the arms market in Europe and instigate a world war for profit strikes me as a lot more logical. And James Moriarty made a scarier villain than Lord Blackwood.

Another advantage that this sequel has over the first film, was the change of location in the second half - from Paris to Germany and later, Switzerland. I loved it. The color, squalor and grandeur that production designer Sarah Greenwood, cinematographer Philippe Rousselot and the visual effects team created for Victorian London in "SHERLOCK HOLMES", were not only re-created for the same setting in this new movie, but for also late 19th century Paris, Germany and Switzerland. My only quibble about the movie's German setting is that Kieran and Michele Mulroney's script failed to inform moviegoers the name of the German town where Holmes, Watson and Simza found themselves.

One outstanding sequence featured a gunfight between Holmes, Watson and Mary and Moriarty's men, disguised as British Army troops. Not only did I find it very exciting, I especially enjoyed that last shot of a half-destroyed train racing forward, with Holmes and Watson staring ahead. But the real outstanding sequence featured the heroes' flight from Moriarty's German arsenal through heavy woods. Yes, Rousselot used slow motion photography during this sequence. A good number of people did complain about it. But you know what? Not only did it fail to bother me, I actually enjoyed it. And watching this sequence made me realize that I would love to see a war movie directed by Ritchie.

As in the first movie, the cast was outstanding. Rachel McAdams returned to give a beguiling, yet brief performance as the doomed Irene Adler. As much as I love this movie, I am PISSED OFF that Ritchie had her character killed. Paul Anderson was very effective as Moriarty's henchman, villainous marksman Colonel Sebastian Moran. By the way, this same character was used by late author George MacDonald Fraser in two of his books, the 1971 novel "Flash For Freedom!" and the 1999 novella "Flashman and the Tiger". Geraldine James made an amusingly brief appearance as Holmes' beleaguered landlady, Mrs. Hudson. Stephen Fry gave a hilarious performance as Holmes' equally brilliant and arrogant older brother, Mycroft. His scenes with Kelly Reilly especially had me in stitches. I was happy to see that Reilly had more to do in this movie, first as one of Moriarty's intended victims, and later as an assistant to Mycroft, as they help Holmes and Watson stop the master criminal. I am a little mystified that Eddie Marsan manged to receive such a high billing as Scotland Yard's Inspector Lestrade in the end credits by only speaking one line.

Noomie Rapace was passionate in her portrayal of the Gypsy Simza, who is determined to prevent her brother from makingt the mistake of getting caught up in Moriarty's plot. Jared Harris made a subtle and scary villain in his portrayal of Professor James Moriarty. At first, he did not seem that threatening - almost mild mannered. I supposed this was due to Ritchie and the Mulroneys' decision to give the character a position in society as a reputable scholar within Europe's diplomatic community. Bit by bit, Harris revealed Moriarty's greed and penchant for sadism.

I am trying to find the words about Robert Downey Jr. and Jude Law's portrayals of Sherlock Holmes and Dr. John Watson. I really am. But what can I say? I know . . . they were perfect. They really were. I am not claiming that they were the best to ever portray the two characters. Frankly, I cannot name any one screen team as the best to portray Holmes and Watson. Some might claim Basil Rathbone and Nigel Bruce. Others might claim Jeremy Brett and Edward Hardwicke, or the recent television pairing of Benedict Cumberbatch and Martin Freeman. I refuse to claim that Downey Jr. and Law were better than the other three teams. But I do not believe any of them were better than Downey Jr. and Law. What was their best scene together? Hmmm . . . I find I cannot name one particular scene. Every time they were together, they were magic.

Do I have any complaints about the movie? Well, I did not care for Irene Adler's death, considering the character was a favorite of mine. I found the fight scene between Holmes and Irene's bodyguards a bit confusing and contrived. I wish that Ritchie and the Mulrooneys had clarified the name of the German town where Moriarty's arsenal was located. And I finally wish that after the mental strategies of their upcoming fight on one of the balconies at Reichenbach Castle, Holmes and Moriarty's actual fight had lasted a lot longer before the detective pulled his surprise move.

I believe I have said all I could about "SHERLOCK HOLMES: A GAME OF SHADOWS". Even though I had a few complaints, I ended up enjoying the movie anyway. Hell, I loved it. The movie became my favorite 2011 movie. Although I had slight doubts, once again, Guy Ritchie, Robert Downey Jr. and Jude Law managed to create magic for another Sherlock Holmes adventure. 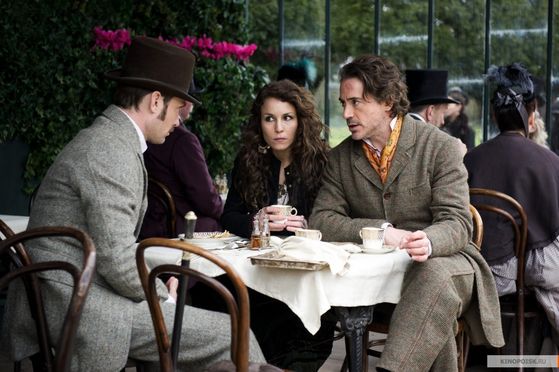 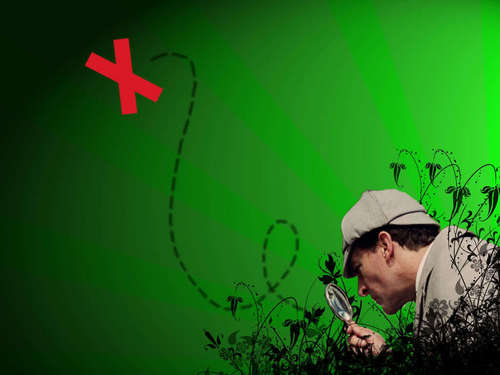 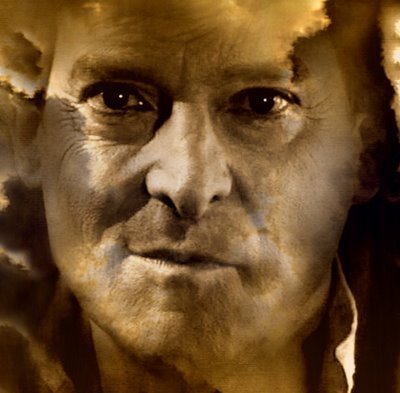 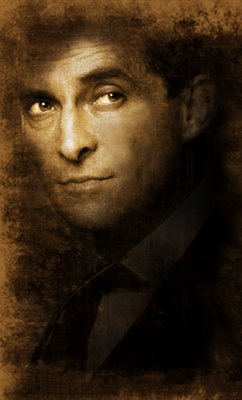 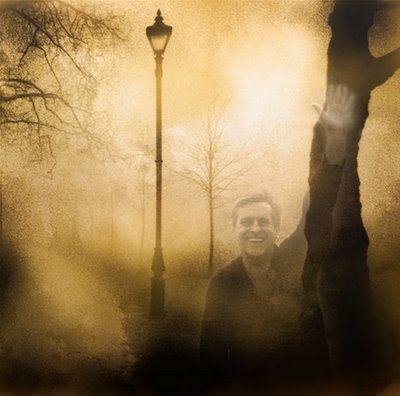 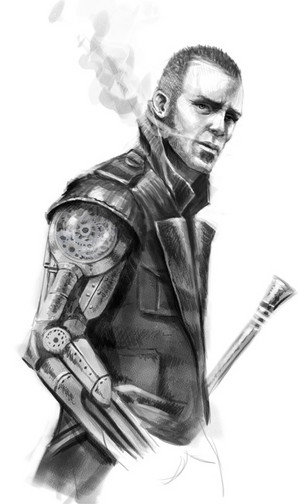 3
he is alright looking. Ahem
added by hubble
Source: I creencap everything. I'm addicted. 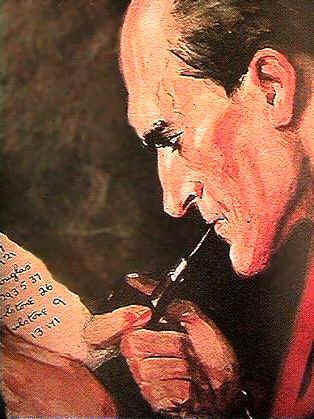 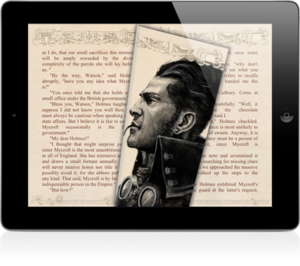 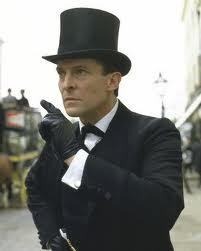 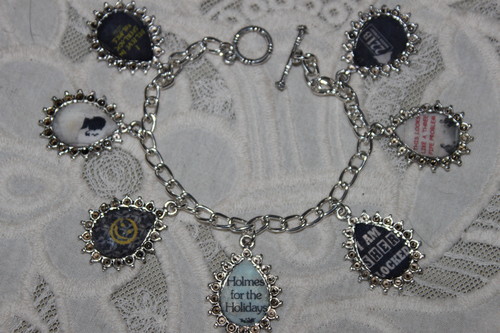 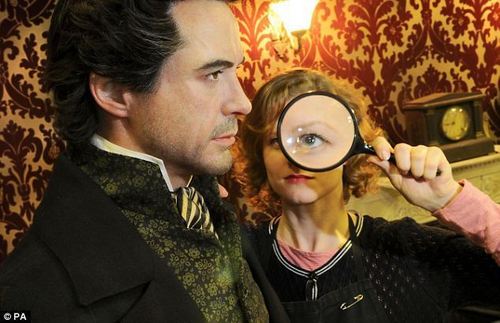 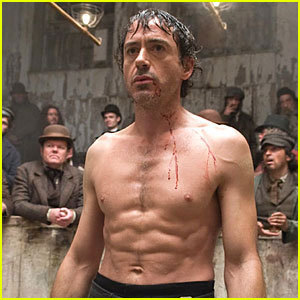 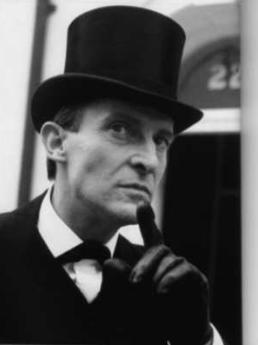 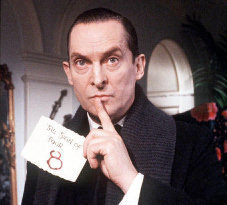