Attack on Titan Fanfiction- Promise Me
posted by animegurl235
NOTE: The reason the whole story refers to me is 'MimiBlue' instead of 'animegurl235' is because i copied and pasted this straight from my fanfiction account

and I was to lazy to edit anything :P. So yeah! ENjoy!

Hi guys! This is MimiBlue and it's my first fanfiction! YAY! I really want to be a writer when I grow up so I just wrote this small story based off of Episode 5 of Attack on Titan I love love LOVE the pairing of Eren and Mikasa so I just HAD to write this! :D SO without further ado…. 'Promise Me'. (Told from Mikasa's POV) And the title SUCKS I know
P.S: plz R&R

NOTE: At the time that this story was written, only 6 episodes are out. If anything I write contradicts what happens in future episodes, this is why.

She watched the panicked people run around desperately. Many were crouched in corners shaking their head in disbelief while others clutched their loved ones to their chest, determined not to let go.

She caught eye of Hanna and Franz saying their goodbye's tearfully, and leaning in for a strong kiss.
Mikasa shook her head.
Stupid…
She murmured to herself. She looked up and saw Eren standing there, his posture bold and valiant.

She whispered. She knew what was going to happen to him.

She knew he would get carried away and get hurt severely, or even worse die. But she wouldn't let that happen.

She was going to stand by him and protect him. But still there was that chance that something was going to happen to him.

That's why today she was going to tell him. She stood up and said his name firmly.

He turned slowly and faced her, his eyes clouded with the familiar face of revenge. She had just opened her mouth when someone cut her off.

"Mikasa Ackerbaum!" She turned around to see a soldier with a message in hand.

"You are ordered to go fight in the rear and protect Your Highness. Head over there immediately."

Her mouth opened and closed soundlessly, trying to speak up, to say something, to say anything.

"Wait! That can't be true! Please, I can't be in the back! Let me fight in the front, please! I need to fight!"

Her mind was in a state of shock. She took feeble steps forward and watched the sentinel walk away until his figure became no more.

It was Eren. He narrowed his eyes and looked down at her, irritated.

"You can't always get what you want, you know. Stop being so selfish and accept what life throws at us. We've all learned to do it."

He hesitated for a moment, uncertainty vivid in his face.

He didn't know how to react to Mikasa acting like this. It was so different, so unlike her. He turned around and started walking away.

"WAIT!" She screamed deafeningly into the cold breeze.

"Eren, I get it. I'll go fight in the rear. But you have to at least promise me this."

She walked forward until she was right in front of him. He looked at her silently.

She said firmly. Her eyes narrowed and she brought her face a little closer to his. They were standing only a few centimeters away.

His face turned angry fast. He backed away quickly and frowned.

"Of course I won't, you idiot! I still…. I still have to see the outside world, to kill the Titans, to avenge Mom. I would be a fool if I died now! Don't you get that? If I-"

…Why did I just do that?

She had kissed him. She herself couldn't contain her surprise in her bold actions. But she didn't pull away. Not yet.
His lips were surprisingly soft and felt warm and cozy. She liked it.

She stepped back cautiously.

"Eren…I… love you. Ever since we were little, I've loved you. And now, seeing you march away to your death makes me…makes me…."

She shook, trembling violently. Tears were threatening to fall from her dark eyes.

Stupid tears…. I don't cry… I haven't cried since then… Since back then...

But, despite her thoughts, a tear fell. It slowly traced down her nose, onto her lip, and on the floor. Eren watched the tear soundlessly.

The bell caused a wave of panic to flood the crowd. That was the bell that signaled that everybody was to start marching into battle.

Eren looked up at the bell tower then back down at her. But before he could say a word, Mikasa placed her hand on his cheek, leaned in for a short, tender, kiss, and ran away.

He watched her go, smiled, and uttered 3 short syllables.

It was over. For now, anyway.

Mikasa had already reached the main camp and was waiting for the soldiers return.
Ah! There they were!

She ran forward excitedly only to have her hopes utterly crushed.

Didn't over 100 people go into battle? Why then was only 4 coming back?

She scanned them desperately; Hanna, carrying a dead Franz over her shoulder, 2 other girls she didn't know by name, Armin, but no Eren.

Then she looked closer at Armin's face. It was the definition of terror. She stood there frozen.

The blond boy looked up slowly. She shuddered inside when she saw his face. It looked like all the life had been sucked out of him.

His eyes were hollow and expressionless. Tears were slipping down his face.

"Mi…ka..sa..?" He spoke each part of her name painfully slow.

"Eren… is he…?" She asked, not even wanting to know the answer.

"He sacrificed himself for me. For stupid little me! I can't do anything! I'M WORTHLESS! Yet why did he have to die for me? FOR ME?!"

His voice cracked and he became deathly silent.

"He had a message for you, you know."

Armin screamed. He stumbled to his feet and out-stretched his hand.

"Tell Mikasa this for me. Tell her that I… that I love her too. And that this isn't goodbye. And…."

The Titan lowered it's mouth even more. It was taking every bit of Eren's strength to hold it up. He couldn't do it for much longer.

"EREN!" Armin was crying now. "GRAB ON YOU IDIOT!"

"Tell her that I'm sorry. Sorry that I couldn't keep my promise."

And with that, the Titan's mouth shut with a sickening crunch.

That Idiot. That Stupid Stupid Idiot.

Armin's timid voice spoke out. She closed her eyes and turned her back to Armin.

"We fight. That's what he would have wanted us to do. Fight the Titans. And keep on living."

She lay in her bunk crying hysterically.

Her tears surrounded her reminding her of the pain she was feeling. Her heart felt empty, alone. Was it really just today when she had felt his lips on hers?

Why am I being so weak? I told myself that I don't cry. I'm no different from those other fools outside.

She curled up into fetal position and before she fell asleep, one thought crossed her mind.

Stupid Fool…. Could you have least kept your promise?

"I'm gonna beat you today for sure, Mikasa!"

Mikasa remained silent as usual. She knew that Eren was trying to cheer her up by playing with her like this.

While she acted like she hated it, she secretly really appreciated it. He collapsed into the field, exhausted.

"Ugh….. I can't even finish. You really will always be better than me, huh Mikasa?"

She squatted down near him and offered a tiny smile. Smiling felt so foreign to her now. But seeing Eren's cheerful reaction to it made her happy. He gave her a wide toothy grin and laughed.

He stopped then looked at her again.

"We'll always be together, ok?"

Well there you have it! My first fanfiction! Please tell me what you think! –MimiBlue

5/26/13 UPDATE!- I have just seen Episode 8 so I now know that Eren is not dead but for the sake of the story I'm not going to update it, so people please stop saying stuff like 'Have you seen Episode 8? He's Not Dead...' so yeah. I know he's alive but i like this story so blah blah blah -Mimi Blue
odiemodie El-lo, Mini Blue! Nice... the story was quite dramatic, and liking that of a 'chick flick', but nevertheless (no negs at all)... good job! I'm hoping your fan made 'inside what happened in between episodes/ stories fan fiction' will spur others to write interesting entries as well. (I myself have some interest, and would like to see a fave character of mine be more). With the sudden talk and rumors of what is to come for the highly anticipated and sought for season 2 of SNK/AoT, we can keep the fandom alive and kicking in between with our own insights and conclusions of our fave characters in this morbid, yet the power of the human spirit persevering all struggles for humanity Anime/ Manga. Continue the fandom, and again, good job!
MikiArigema For me ... Is no to EreMika 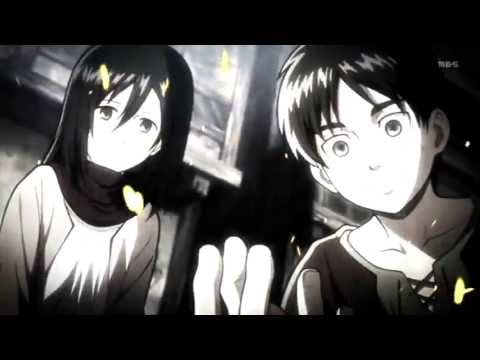 3
[SnKs] The Lightning Strike MEP
added by Nalu-love
Name of the song is in the title :]
video
shingeki no kyojin
amv 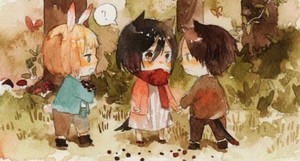 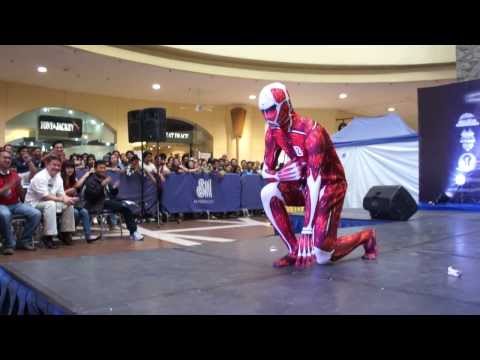 1
Shingeki no Kyojin Wrecking ball Cosplay skit
added by odiemodie
Just when the Colossal Titan is about to breach the outer wall, he instead breaks out in a song before in doing so. Skit filmed in Baguio, Philippines.
video
snk
aot
colossal titan
cosplay
funny skit 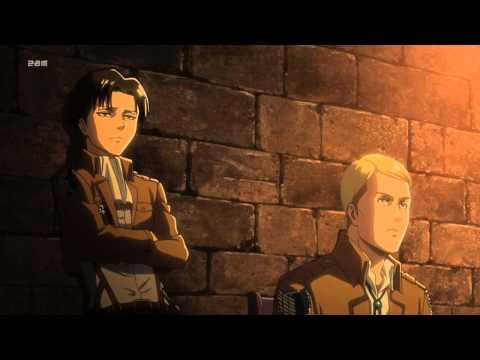 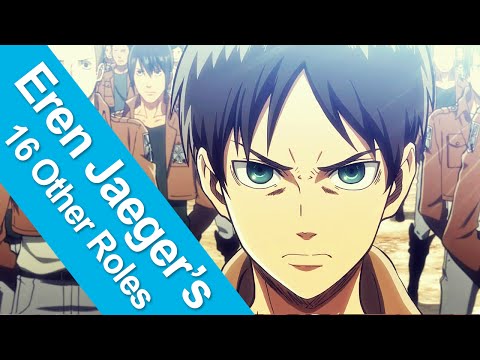 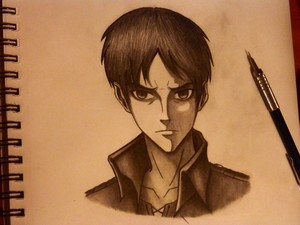 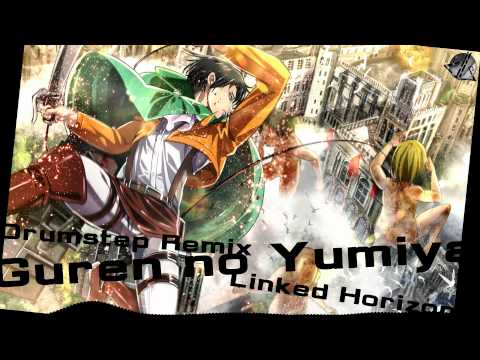 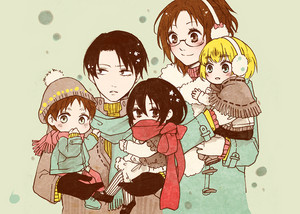 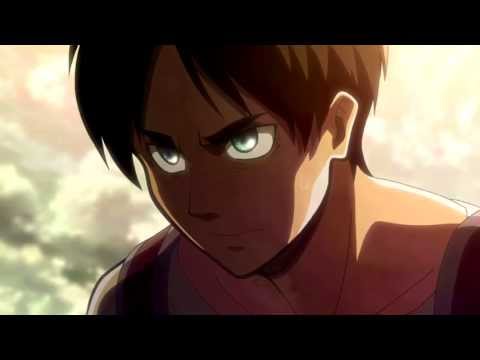 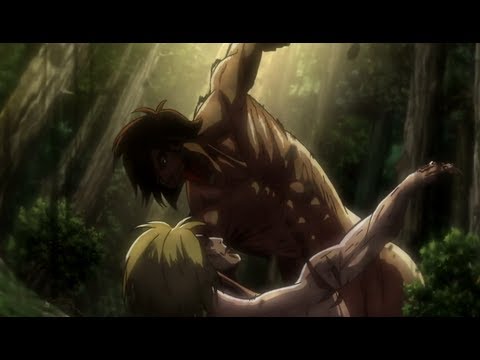 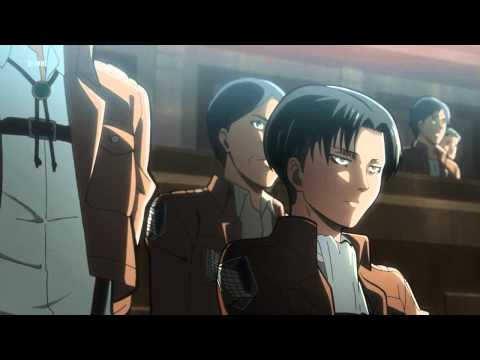 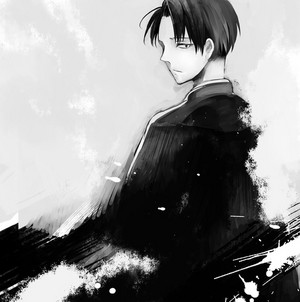 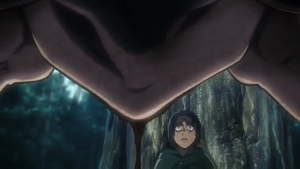 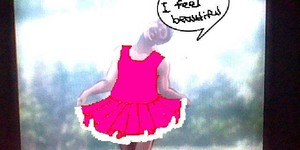 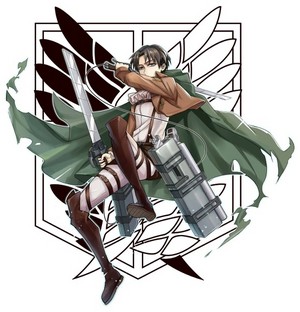 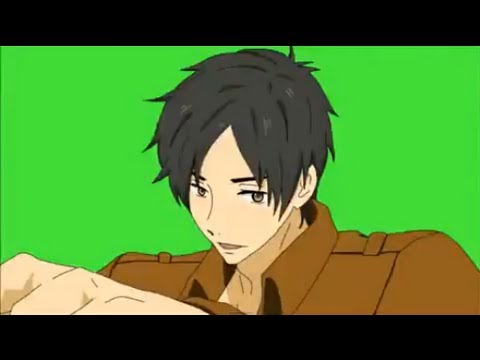