4
AOT Female Characters Strenght Ranking
posted by DaniMF
Hello, I'm new in this club but not in Fanpop. I've just finished watching the first season and I was thinking about which character would be the strongest and which one would be the weakest.

Credit to IllusionDolls, who helped me with the article.

REMEMBER, YOU SHOULDN'T READ IT IF YOU HAVEN'T READ THE MANGA OR YOU HAVEN'T WATCHED THE ANIME

10-Christa
I can't understand how this girl was able to enter in the unicorns, I really can't understand how she is alive. I haven't seen her using her swords once. She has a weak personality, yes she is kind, but people with this type of personality are the first to die. She hasn't shown been intelligent nor strong. She's just alive because she hasn't played her role. 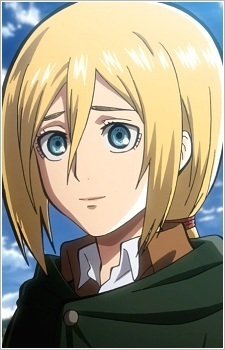 9-Hitch
Well she isn't the strongest character but she's pretty intelligent. Though we haven't seen her one in a fight and when she saw the titan she was scared but she saved her ''friend'' from her superiors. 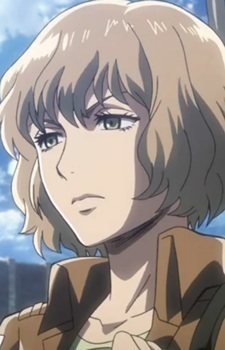 8-Ymir
Like Christa, she hasn't fought once, but how protective is with Christa shows that she isn't only weak, she is actually pretty strong because she protects her. 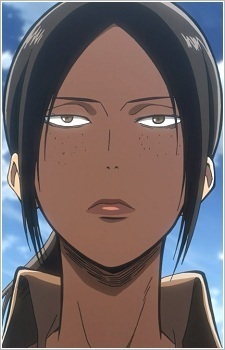 7-Mina
Well, she's pretty much a side character, but she has shown some strong points that people before her didn't. She was able to survive the colossal attack and she has shown been pretty quick in the air. She was able to dodge a titan in air. That's all, she didn't survive so we haven't seen more of her. 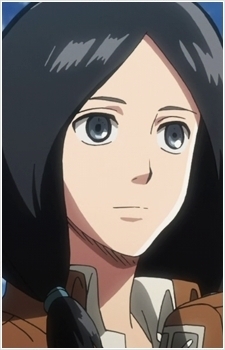 6-Sasha
If I remember well, she was cualified 9th. It shows that she has to be pretty strong. Ignoring her hunger, she's a capable fighter that has to fight with her weak personality to survive. Her words shows that she is pretty smart too. She's fast too, she catched a man that was falling from the wall. She shouldn't been understimated, I think that she will get stronger in the next season. 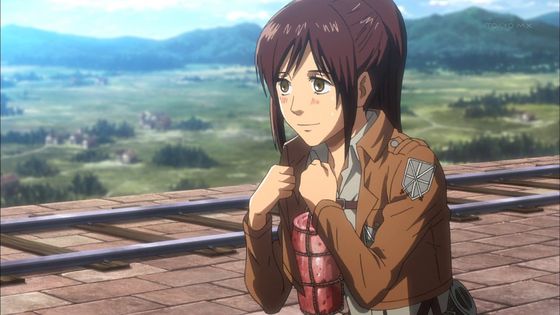 5-Annie
Ignoring the fact that I dislike and hate her, she's a pretty awesome fighter. I'm of course ignoring her titan shifting. I'm sure she was just 4th because of 2 things, her lazyness and that her fighting skills weren't cualified. She's intelling and has a great hand to hand fighting. She was even able to kill a man from the Levi's squad alone before the titan shifting. She can work in team, but it isn't her best. 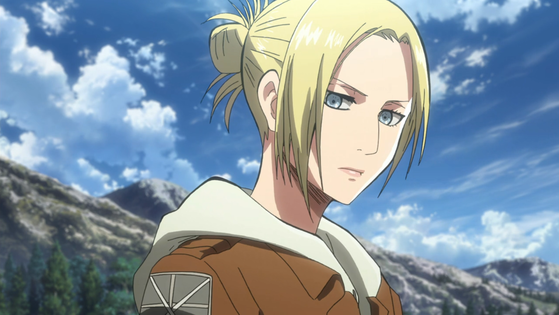 4-Petra
She wasn't chosen in Levi's squad because of her pretty face. She's an skilled fighter that can work in team perfectly. She's actually intelligent, she timed titan's regeneration and she knew perfectly what happened when Annie regenerated her eye. She know where hit titans to kill or disable them. A great combination, that's a pity that she died. 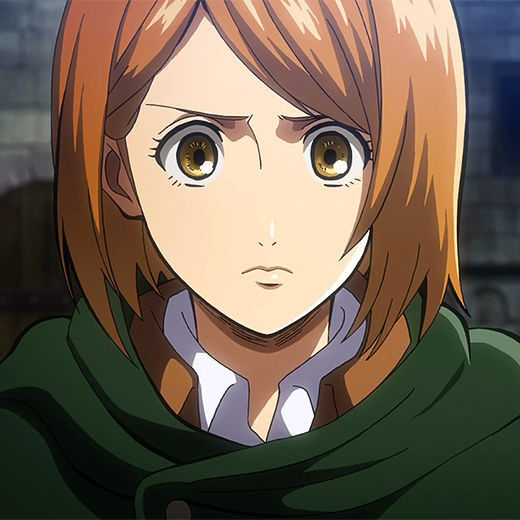 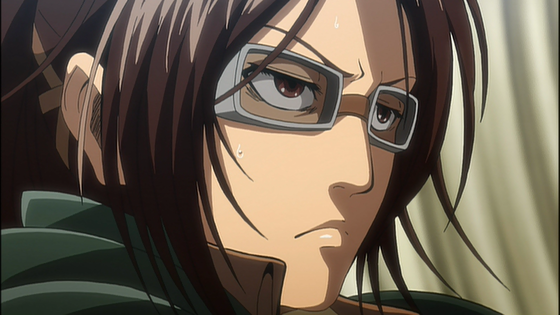 2-Rico
I had some dudes with her. I didn't know exactly where place her. I decided the second spot because she was chosen as one of the elite that has to save the world. She has shown been really agile and strong. And I don't know why, but I have the feeling that she's smart. 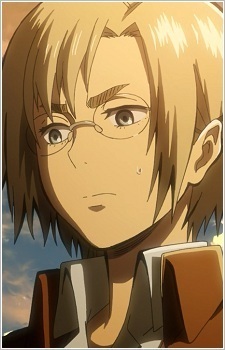 1-Mikasa
There is no surprise here. She was cualified 1st and they has chosen her for the elite. She has shown been the fastest in the air because of her complexion. She isn't as smart as Armin but she's still intelligent. Her fighting skills are the best among the girls by far. 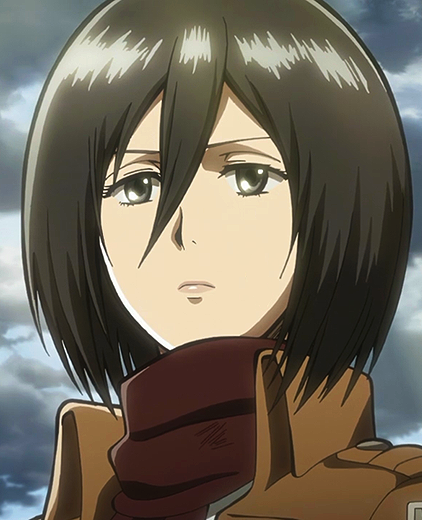 Feel free to post your ranking and why, but don't spoil about what happens after the chapter 25 of the anime or at least say that you are spoiling.
Yukimenoko, IllusionDolls and 2 others like this
Krillin18 "I can't understand how this girl was able to enter in the unicorns . . ."- Ymir gave her the tenth spot, if I remember correctly. Nice analysis, but since you're only informed up to the first, season, you're in for some surprises.
hoda-chan Hanji in manga she's soooo strong
Songoku02 I really think Annie should be first, as the Female Titan. 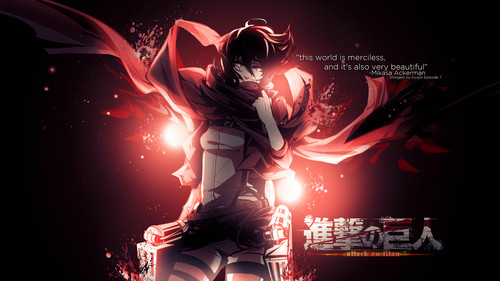 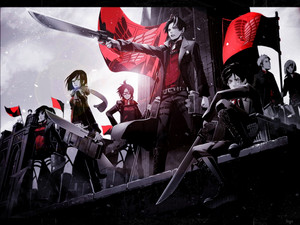 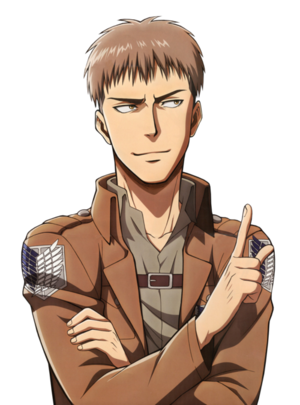 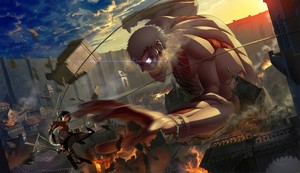 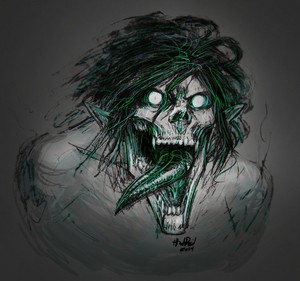 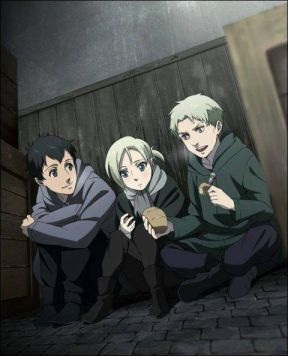 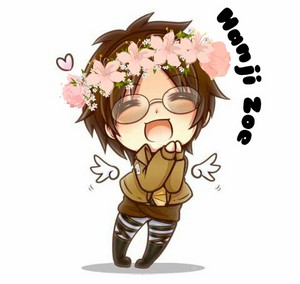 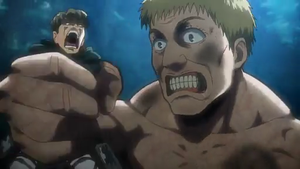 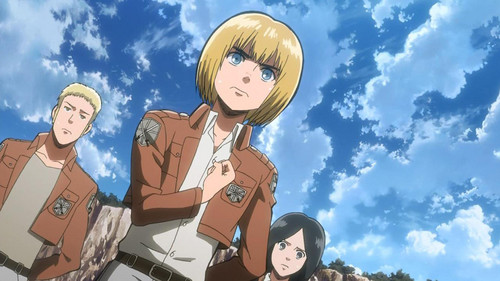 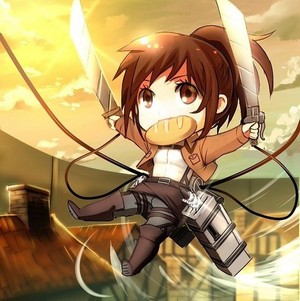 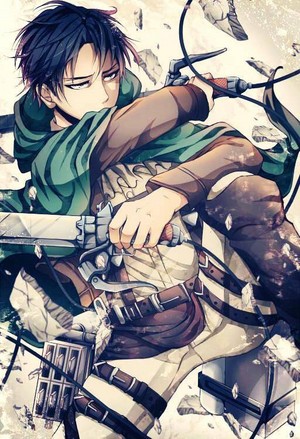 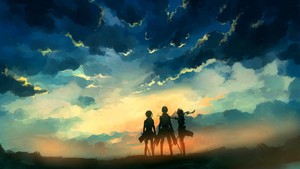 2
Attack on titan
added by Yellowflash1102 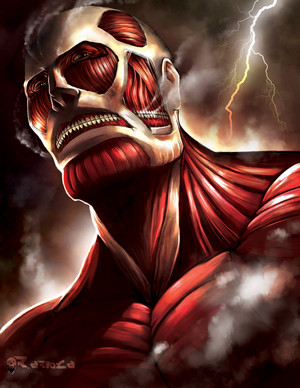 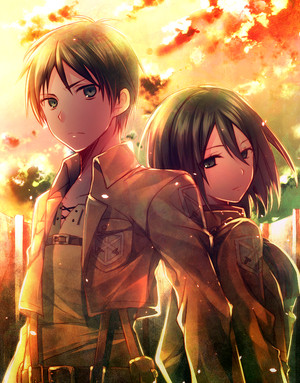 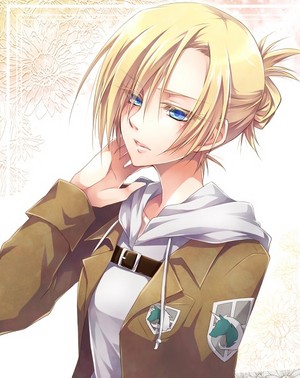 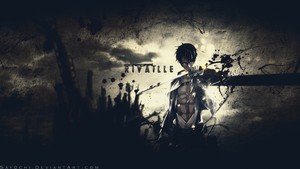 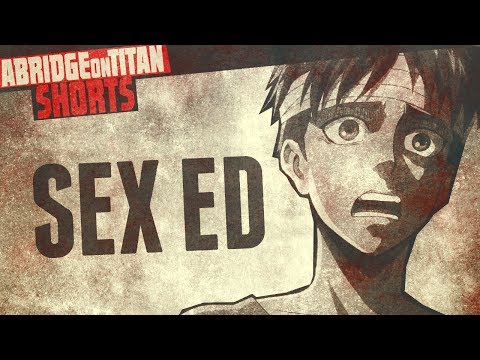