where is home?
posted by Dariafan
She walked slowly across the grass, her paws made a soft thudding sound. She needed time to think. Really think. A moon had passed since the attempt on her life. She had never forgiven him, not really. Yet, she did not think he had forgiven her either. She could remember it all clearly

"Come." said her brother Reed, whom she loved so much.
"Come where?" She asked puzzeled.
"To a special place."he answered sincerely.
"Ummm, okay."
Reed led her slowly under a tree root.

"WOW." she said starring at the lake. "It's so beautiful."
"We are one of the only ones who know about this place, take a look." She slowly stepped up to the ledge and looked at the lake, the sun was setting just over the horizon, making the lake a pale pink.

She could have been staring there for hours, or seconds, but, before she knew, something sharp was at her throat. "Reed!" She managed to choke out. A evil laugh came in responce. "Reed." she said again "help." her voice was barely a whisper, from what she realized where claws digging into the fur at her troat.
"Oh little mongrel, when will you ever learn." her brother said.She could say nothing, only stand there. She was barely an apprentice. He was a warrior. Much older than she was."You took everything from me." he said. She knew what he meant. She was adopted into the family, she took all the attention and fame away from Reed. But, she never had any friends. Reed used to make sure of that. "Now." he said, breaking her thoughts "you die." He said slowly. He raised his paw for the killing strike when she lost control. She could see what she was doing, but she couldn't stop.
"Your sweating." She said making him stop."You should not feel panicked."
"You should not feel calm." he said in a sarcastic voice.
"You should feel very calm." She said in a voice that sounded like something a Jedi would use. "You are feeling very calm right now." She said again, a smile coming to her lips. Reed paused, he started sweating. In a panicky voice he replied.
"I am feeling very calm right now."
Her smile got wider as she put her paw to his fringe/forehead "You are feeling very calm right now." she said drawing on her new power.
He started shaking where he stood.
"Thank you for the calmness." he croaked out.
In a quick movement her teeth were digging into the flesh at his throat. She sucked his blood for a little, savouring the taste, then let his body fall to the ground, shaking in fear. Her dark blue fur got silver sparkles, and her silver eyes shone like the moon, she got a moon like crescent on her left eye and let out a meow. The med-cat would find him

Because of her, Reed had lost his sanity, because of him, she had lost her pureness.
"I was right to leave home." she said
"Kitty-kat." a voice said.
"Leave me alone MUM!" she said, "I left home." Then she sprinted away, leaving imprints on the grass. She stopped when she came to a cave.
"I ran away." she whispered. "It was my choice." She wanted to runn into her mothers arms, but she couldn't."Why." she said. " MUM!!" She yowled in pain before bursting into tears. Home was where mum was, home was the other way.

This is what it feels like, to be Airad Panicstone. 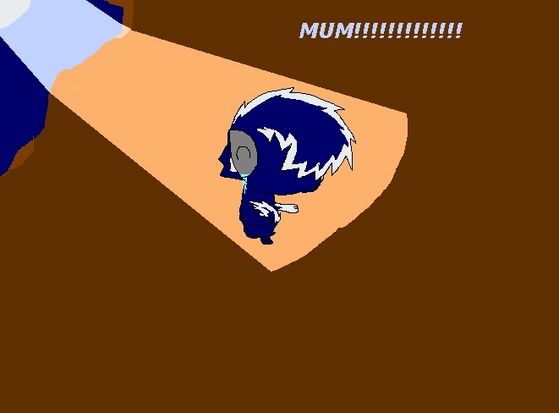 Dariafan I was soo sure I published this earlier. Huh.
Example
posted by Silvershine
This is just an example of what you need :3


Okay, so I'm going to give a topic. Let's say the topic was...Thornstar gets revenge.

So what I would do, is think hard about the topic, and come to ideas. Then they would pop out onto the computer, where they would come alive :3

A star-gazing badger crept among the forest floors, suppressing a low growl. He waited and waited for the animal that called for him. Suddenly a mottled dark gray cat tom with autumn green eyes came out, unsheathing claws that were as sharp and black as thorns.
"Good evening, my friend," the cat rasped, sitting...
continue reading...
More Cards
1234567891011