Harry led me away from everyone else. I was relieved to see him alive. The sight of his limp body in Hagrid's arms would haunt my nightmares for months to come. (family trait, it seems)
"There's something i have to tell you", he said in his rumbling accent, his bright green eyes expressionless.
"Please tell me this is an explanation of why I had to spend the past ten months holed up in the Hog's Head," i said irritably. I had a pretty short fuse. Not quite as short as Harry's, though. His was said to be the shortest in all of Hogwarts. The slightest thing could set him off.
We both crossed our arms at the same time, my brown eyes gazing into his green ones.
"Yes, it is, actually. Ron, Hermione, and I were hunting Horcruxes."
"Hor-whats?"
He sighed. "Horcruxes. Little bits of Voldemort's soul. We had to hunt them down. Well, technically just me, the other two were just along for the ride."
"So why wasn't I invited?"
"Because you're my cousin."
"So is Dudley."
"They went into hiding too. Look, Jo. I didn't have a choice. Nowhere else was safe. You saw the Prophet. They'd have been on you in an instant, either to kill you or find out where i was."
"You know, we're not exactly alike.'
"I know."
i looked up at his scar, a red jagged line bisecting his otherwise perfect forehead. My temper rose, not at Harry, or the scar, but at the man, no, monster, that gave it to him, the monster that took away his parents. Harry had never deserved any of this. He should have grown up with Aunt Lily and Uncle James. We should have met before this. In short, Voldemort should never have existed. I started to turn away. "Jo, wait."
"What now?"
"Would it help if I apologized?"
"Probably."
"Then I'm sorry. I'm sorry for everything."
"I smirked. "Just as long as you don't lock me in a bathroom with a troll, we'll be fine." I pulled him into a hug. he stiffened slightly (injuries, probably), but then relaxed, wrapping his own arms around me.
Bluekait, LadyEmzy16 and 2 others like this
Bluekait I'm fine with it.
dragonsmemory Cool
MoonshoesPerry Oh my Rowling, at the end, I had a fleeting thought that I was reading about some sort of incest. Curse my dirty mind. Curse it!
dragonsmemory Moony, you have some sirius problems
romioneisthekey Great perspective of Jo. I was quite curious to figure out what was really going between Jo and Harry in that conversation.
MoonshoesPerry Jo, I know I have problems. My life is a bloody problem.
Bluekait Perry, ewwww. Well I did pinch a freshman's nipple today. Anyone wants to guess his name? I will give 5 props for the right answer.
MoonshoesPerry Ummm... No idea... Why???
Bluekait His name is Cedric. Get it? 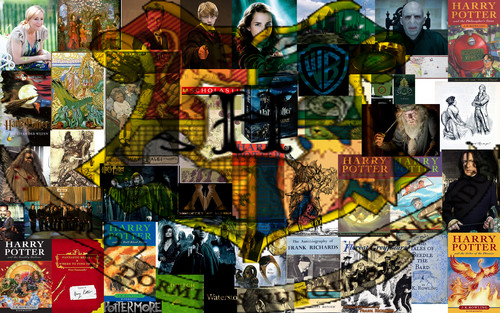 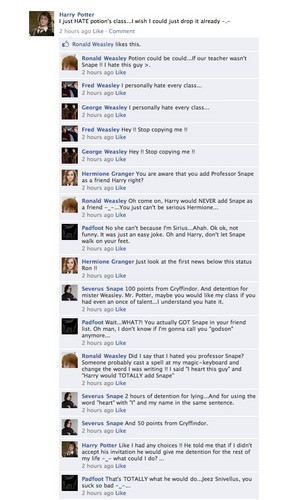 2
Facebook Spam
added by laylafly
Source: Most of them were found on DeviantART and the rest on Google 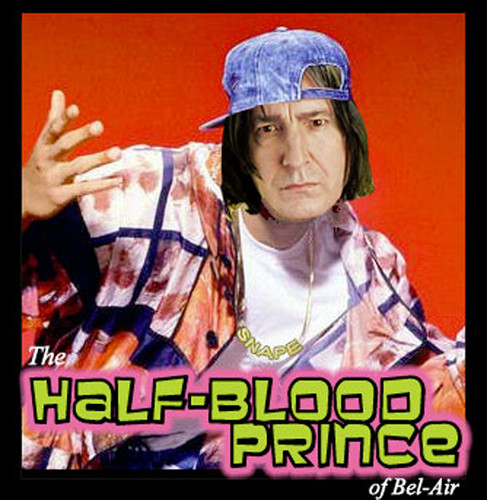 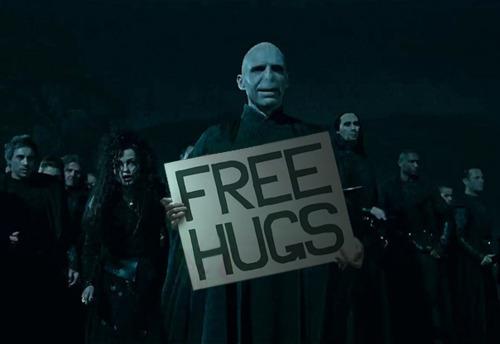 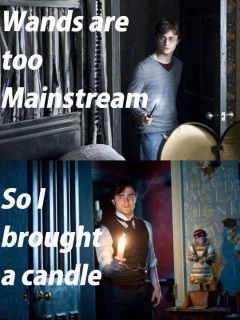 1
Can you relate? :)
added by HPCouples 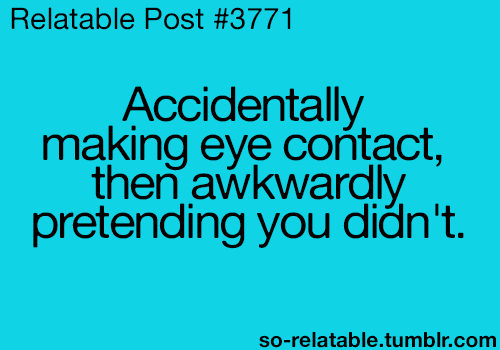 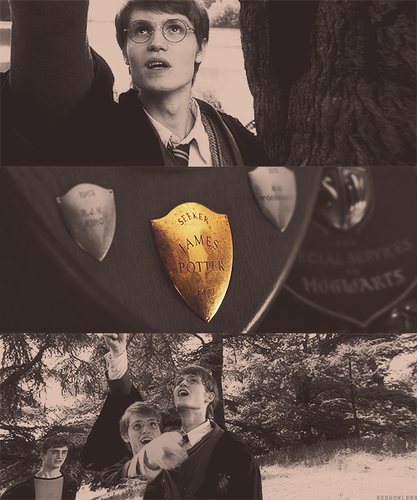 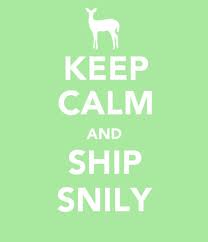 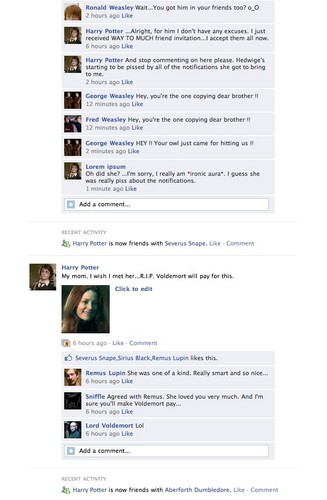 3
Facebook Spam
added by laylafly
Source: Most of them were found on DeviantART and the rest on Google 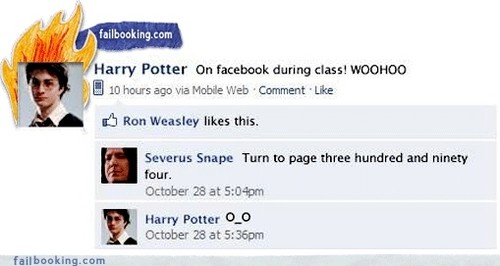 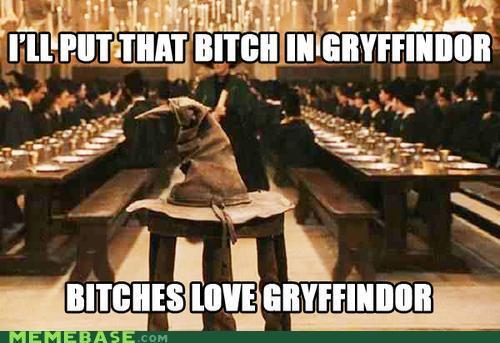 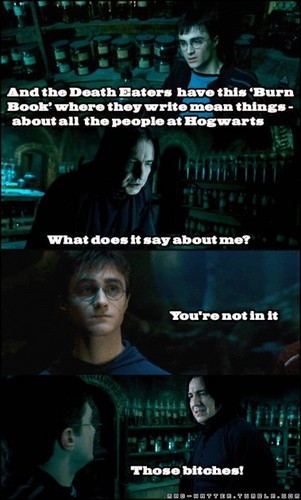 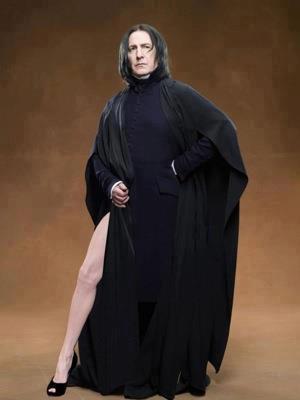 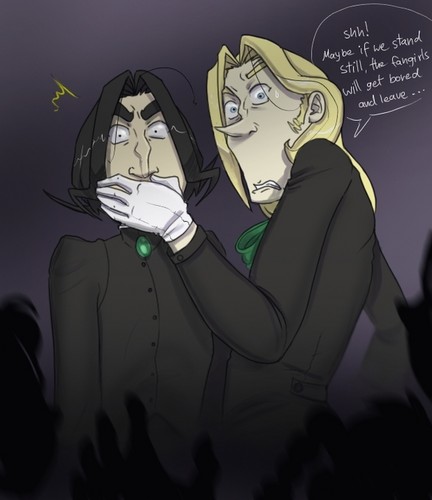 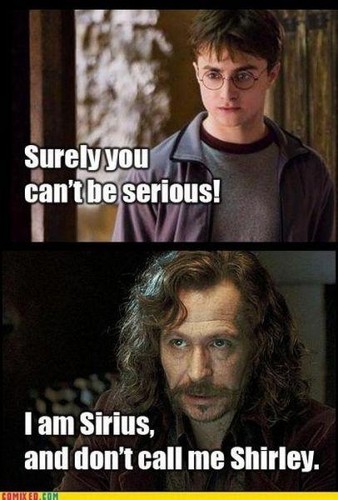 1
For Prof.Snape
added by CrazyCatLady 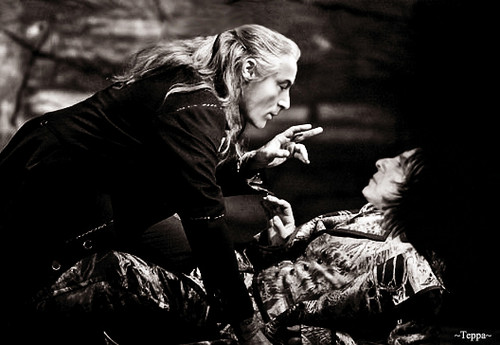 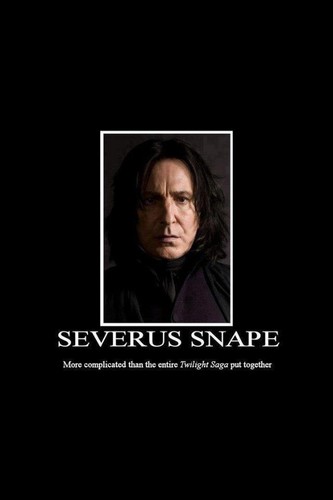