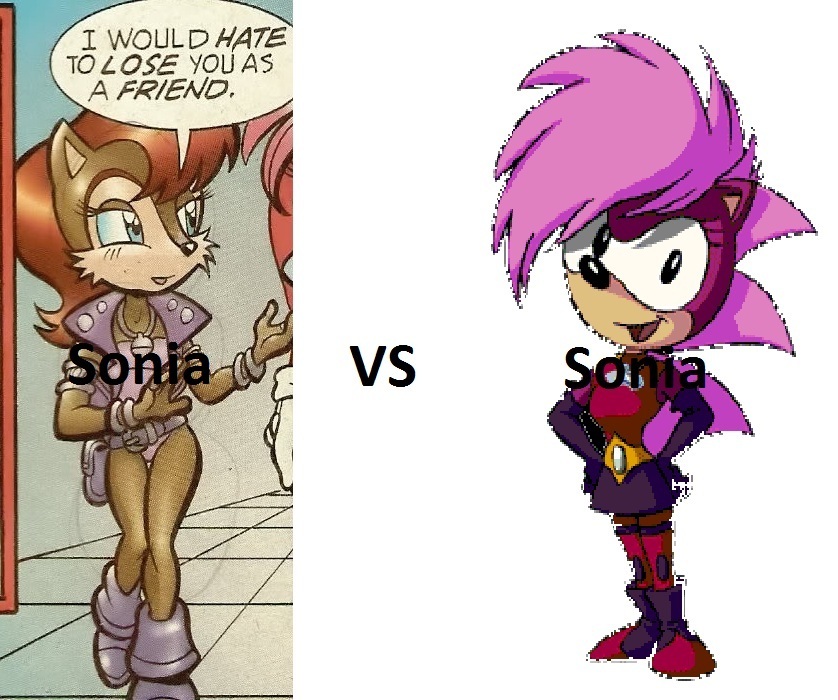 This Sonia the Hedgehog photo might contain anime, comic book, manga, and cartoon.

Twilightjoy11 and Whitestorm015 like this
Julie-Su2015 http://www.fanpop.com/spots/princess-sonia-acorn
pokeyanimal Actually the one on the left is Princess Sally Acorn
Julie-Su2015 no it's not. it's Sonia. read the comics
Julie-Su2015 http://archiesonic.wikia.com/wiki/Sonia_Acorn http://www.fanpop.com/spots/princess-sonia-acorn/images/19325534/title/16-year-old-sonia-talking-lara-su-before-timeline-altered-photo http://www.fanpop.com/spots/princess-sonia-acorn/images/19325578/title/slumber-party-photo
amy763 wrong its obvious watch the video "heads or tails" on youtube and anyway sonia is sonic's sister.
soniahedgehog sally
Julie-Su2015 omg! did u go to the links?! in the comics Sonic and Sally have two children named Sonia and Manik! but in Sonic Underground (a COMPLETELY different show!) they were his brother and sister, Sonia and Manic! it's like the whole Sonic was in love with Amy in Sonic X but loved Sally in Satam and the StH comics! Sonia [i]is[/i] his daughter in the[i]COMICS![/i] Sonic Underground and the comics are two different things! get with the program ppl and quit telling me i'm wrong cuz i'm right and you all know it!
Julie-Su2015 go to this link and go to the time 4:24 http://www.youtube.com/watch?v=No8iQc4dud8
Julie-Su2015 and this link and go to the time 4:39 http://www.youtube.com/watch?v=zgTskkxQ52s&feature=related
Julie-Su2015 and go here too: http://www.comicbitsonline.com/2009/08/21/sonic-universe-7-preview/ http://www.fanpop.com/spots/sonia-the-hedgehog/images/20663203/title/two-different-canons-photo
Sexy_Sonia i'm not going to the links cause i [i]know[/i] that's sally on the left, Stupid
greyrat go to the link and you will see the rror in your knoledge =)
Evolia-Wulf ">.< "SexySonia- Sorry, but it's true. They named Sally's kid after Sonic's sister. But in this line they don't exist. "That SUCKS."
amysonic41 that is soooooo sally DIE DIE DIE SALLY DIE!!!!! 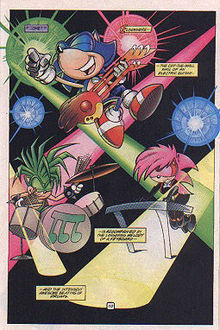 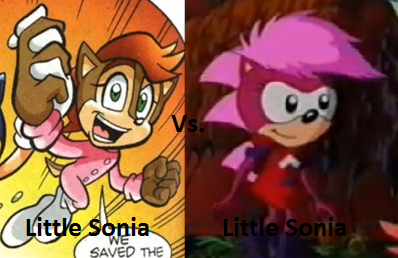 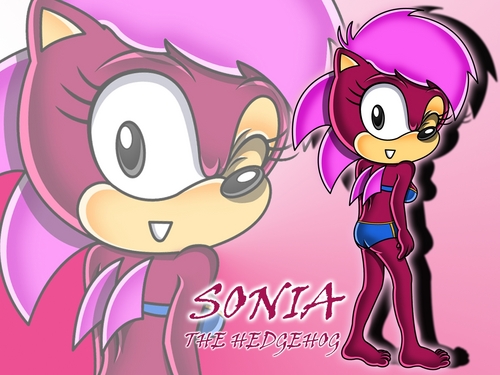 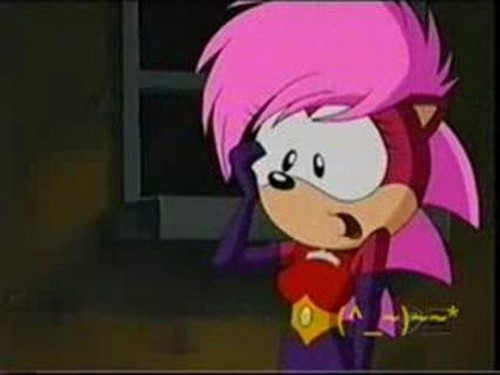 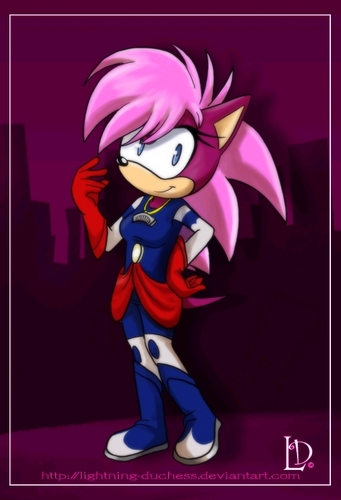 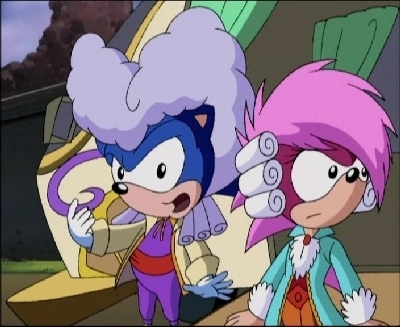 Sonia and Sonic
added by Julie-Su2015 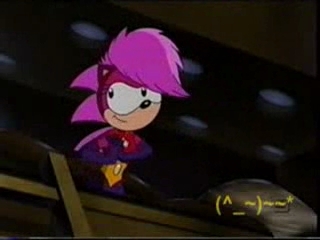 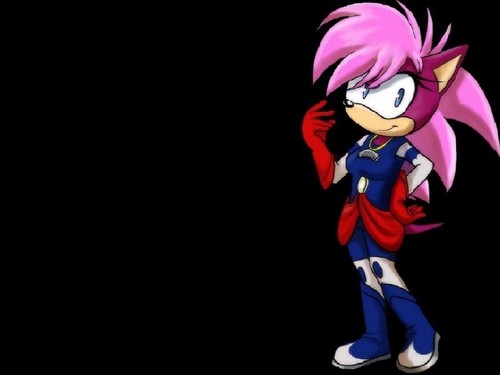 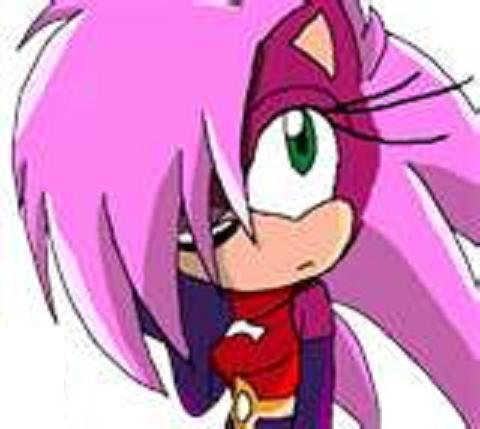 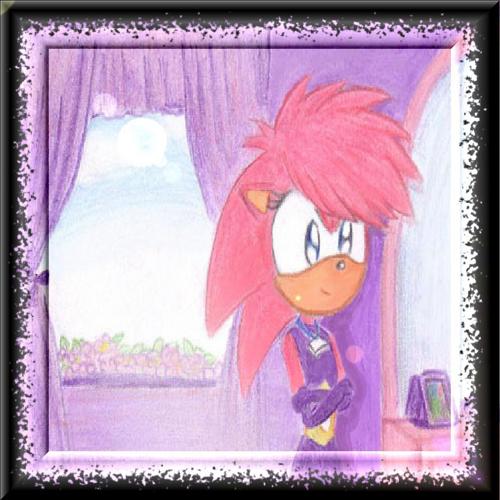 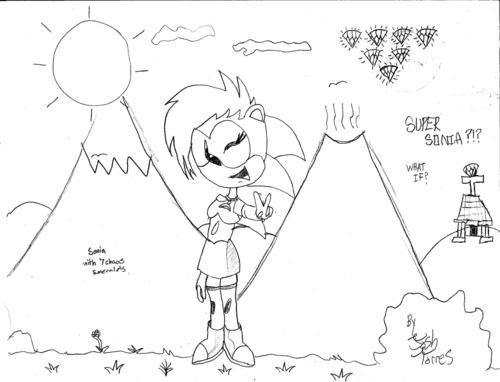 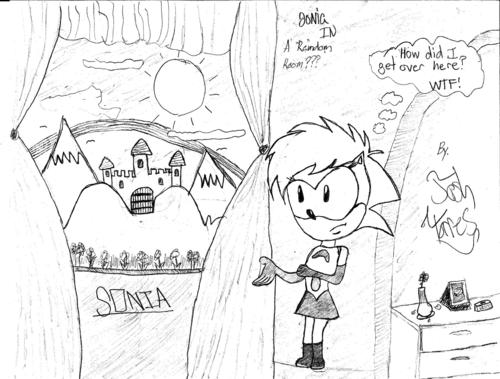 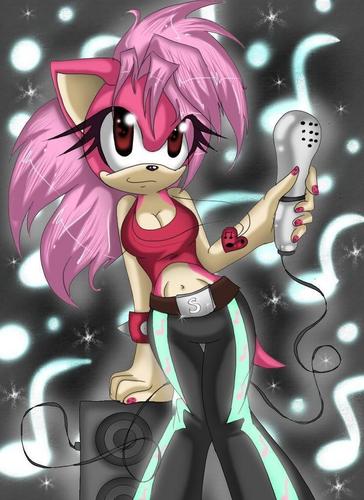 6
sonia the hedgehog
added by axle21
the pros and cons of sonia and shadow being together
posted by silverstruelove
The pros are if the gang needs shadow's help then he'll do it for sonia. The other is with her smart brain and his abilities with the chaos emeralds they would be powerful together and be able to get eggman/robotnic to give quickly.
The cons are shadow will be a little overprotective of her. The other is what she wants to hang out with a guy friend of her's. Shadow wouldn't let her go. The other what if she needs to go on a dangerous mission, shadow wouldn't let her go. Another is if she got hurt and shadow tries to hurt or even kill himself. 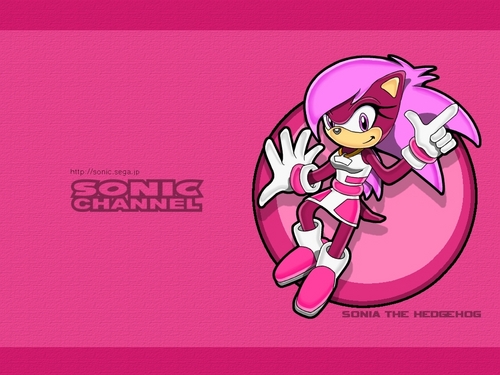 Sonia Hedgehog Goes Motor Bikin'
added by Damien-Mildury
Sonia Hedgehog is one cool cartoon chic. Here she is going for a burn up on her bike to the tune of Chris Spedding's 'Motor bkin' '.
video
sonia
hedgehog
manic
sonic
underground
the 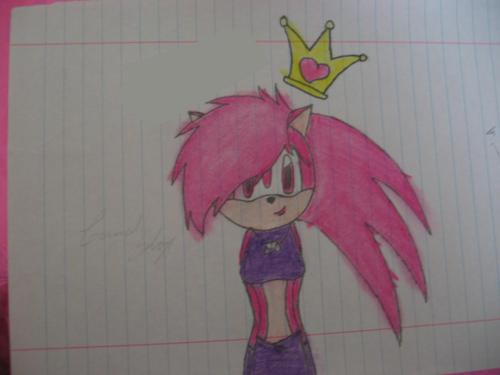