We’re talking about Sonamy and SonSal.

YES, I am going into THAT territory. I’ll get right into that thing EVERYONE is going to talk about.

Sonic X, Episode 52. In the episode, Amy says “Just tell me that you love me!” after worrying to death about Sonic being gone, and such. Sonic then proceeds to offer her a flower, and the words “Oh Amy, I love you.” Are RUMORED. Unfortunately (or… fortunately) the audio was cut out. I was told it was so that fans could discuss what he said themselves (which is stupid so I kinda still am suspicious. Why is it stupid? Because why would they want MORE fan wars between those three? It’s not fun, it’s annoying.)

Now let’s go over what happens if we believe Sonic DID say that. Well Amy was under stress, and while, let’s face it, despite how annoying Amy is, Sonic can be quite mean to her when he wants to be. Such as when he pretended to be hitting on her when wanting to get off that ship, or attacking Eggman in Sonic Riders when knowing Amy could have gotten hurt too.

But I think it’s the opposite here. Sonic is humoring Amy (in my opinion). She’s had a hard day, she says “say you love me!” and saying “Well… I… uh… bye *ZOOM*” isn’t going to cut it this time, so he needs to make a decision right then and there. Run off and make her MORE… insane, say “Nope” to her face, and have the same affect, or just give her what she wants.

I think he gives her what she wants. You don’t really SEE anymore not-one-sided Sonamy in the future after that, so it stands to reason that that is what happened. So… sorry but that is not enough.

Normally in these situations if the love were to be ended, or… ignored, it would be due to something like one of them DYING soon after, or memory loss, or simply saying “Hey, when I said that, I was out of wack.” But no… it just stops there. Yes there are some hints along the way, but after saying “I love you” hints are out of place.

If you’re going to say that that line makes them a couple, they have to actually do romantic things TOGETHER, BOTH BEING FINE WITH IT, and enjoying time together, and dare I say it, both kissing the other. But they don’t.

“BUT THEY DO!” Well if you can find me an episode of Sonic X where that happens, I give you the following.


SONIC X IS ONE OUT OF MANY.
We have…
~The Adventures of Sonic the Hedgehog
~Sonic OVA
~Sonic SatAM
~Sonic Underground
~Sonic Archie Comics
~And of course the GAMES

In the Adventures of, Sally and Amy aren’t there.

In Ova, well… we have another Princess that would not ever appear again. (Hey Elise has a buddy.)

In SatAM, Sonic is with Sally.

In Underground I don’t think anyone gets Sonic.

In the comics… Sonic’s a player. He gets lots of girls, but actually none of them are Amy, and the one he ends up marrying and having kids with is Sally.

In the Games… it is all forced. Sonic never kisses Amy, sonic never even says he likes her. Sally is not in the games (… Pinball counts… I… guess.)


So by that logic, even if Sonamy would exist (which is still not proven even in that episode of Sonic X), that’s ONE to TWO. So YES SonSal would be more official. And therefore the actual cannon couple.


But you’ve heard this already, and if you want to know what I think about Amy PERSONALLY go here {link


So what do we talk about? WHY there are fans of Sonamy. For me… I can’t for the life of me like the couple. But the majority does. Why?

All I can come up with is because…
~Amy likes Sonic
~Amy is in the games, the most official of anything Sonic
~The fans feel Amy needs a break after all these years
~They like Amy and therefore feel Sonic should be with her (that is petty by the way)

I want facts, and truthful opinions about what you honestly think about them and why. Something like “I like the couple because of how *blank* does this with *blank* and it just seems so nice.” ANYTHING that isn’t the above.


I’m not saying you should DASH your hopes and dreams of Sonamy (though I think the couple is just… no comment), but I ask that you fans do not blast out that it is the real couple, or other such nonsense that is nonsense. You can make your fanfictions all you want, I can care less, and I’m happy for you in that regard, but during the 20+ years that Sonic has been around, he has never been proven to love Amy.

Coming soon: Amy's boyfriend (part 2)
2
sonic"s only chance #3
posted by akeena
sonic:jumps out of the lair just in time lands on the ground breathing rapidly amy starts to awake* amy?amy?! amy:huuuu? were am i? sonic wow you look like you almost got boomed ha does it hert?*touchs burn on sonic's head* sonic:no it doesn't hert not that much any way amy:*giggles* sonic: oh yah that reminds me *holds out the emerald * amy: you didn't give it to him? then how'd you escape? sonic: oh you know i punched him amy: about time somebody hits him
sonic:*winks* amy:*blushes*


watch out for #4 yes it contunies.....
3
The true story of Sonamy
posted by LorMel
Now listion here, my children of the nook, and settle down for this tale of Sonamy, stright from the book. Keep your hearts open, for love is a-told I'm shure! And uet, there may be more in this tale of Sonamy.

It had all started many great years ago, when a pink hedgehog was walking freely without a care. Her red dress, hairband and shoes, and her gorgeous green eyes, oh my child you shoul've seen her! She warmed every boys heart, and without a doubt, many fell for her.

She, Amy Rose, was walkin' along a path alone. She was on her way to Cream the Rabbits house. Cream was her best friend, who...
continue reading... 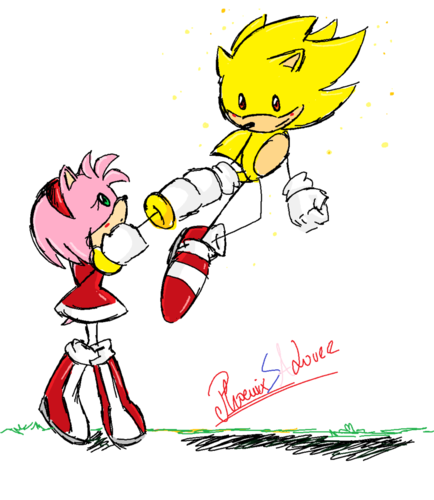 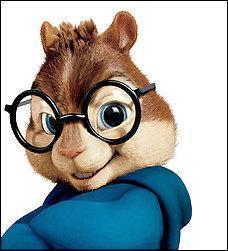 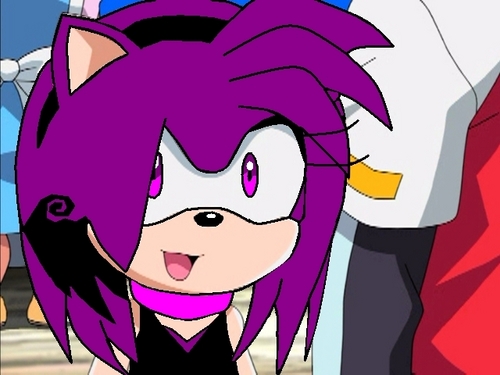 2
gabby the hedgehog
added by sonicgp 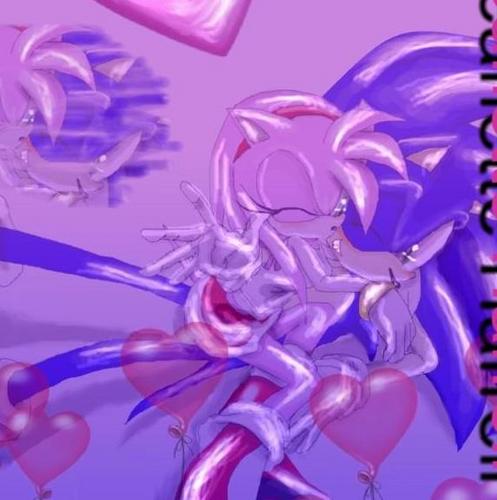 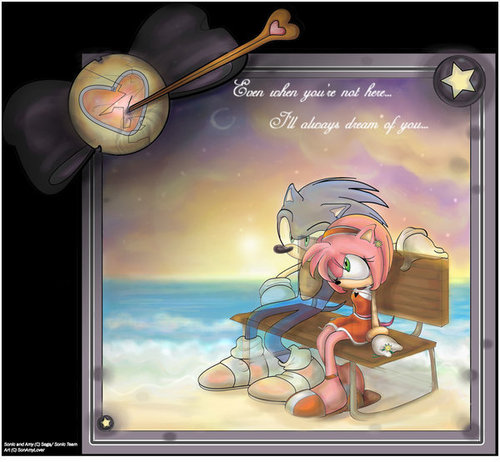 9
Wait in Dreams
added by poddo 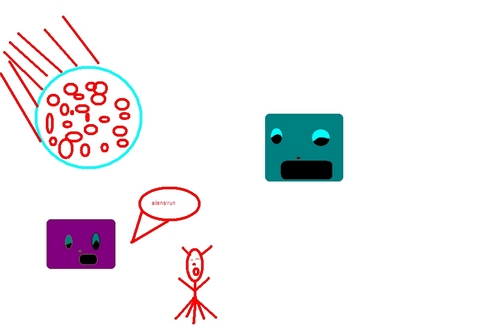 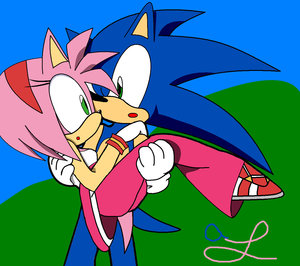 1
Sonic and Amy
added by Englandrules83

Sonic Boom
added by Soniczinger
WATCH THIS SONIC BOOM IT IS SICK TRUST ME!
video 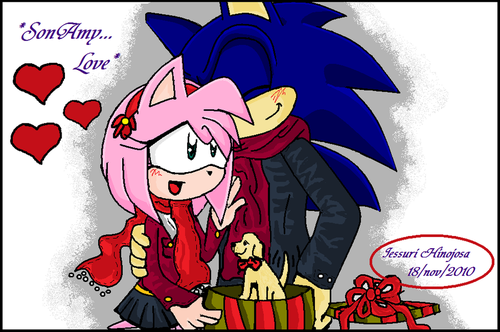 sonamy 4 ever
added by ionn333 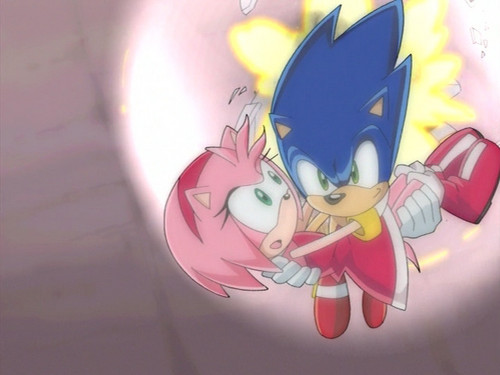 Sonic and Amy
added by Englandrules83 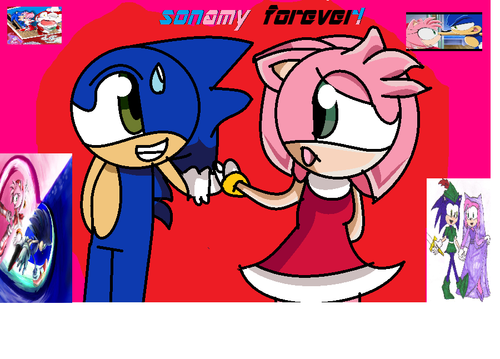 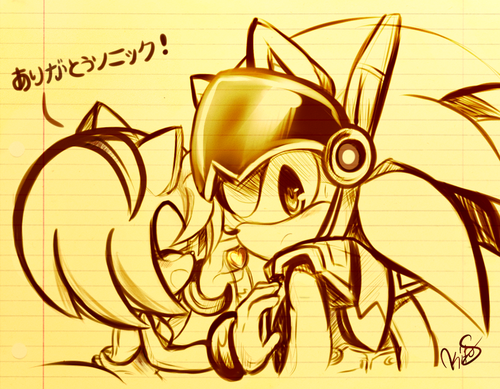 3
.:Sonic and Amy:.
added by sonic143amy
Source: Someone other than me 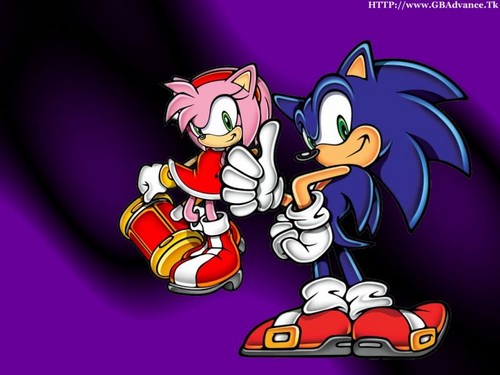 2
Sonic and Amy
added by Englandrules83 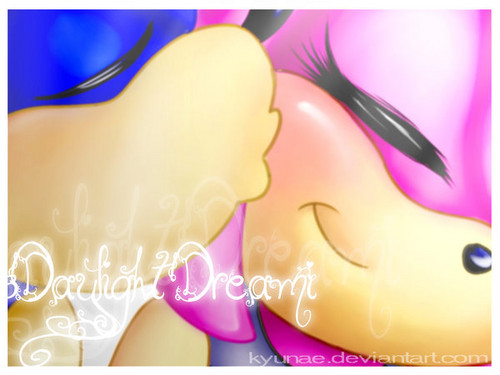