5
A Speculative Analysis of Eric & Sookie's Love Story
posted by RealLuvAlwaysBL
I’ve read through a lot of heated discussion boards that debate “Who will Sookie end up with,” and/or “Who is best for her.” In most cases those two generally don’t mix. I often find that the “cards” are stacked against logic, but I can’t help but try to sift through the nonsense to appease my need to feel captivated by the heroine’s romantic destiny. Yes, I’m a sap! Sue me!

For the record, I haven’t read beyond the 4th book in the series (though I have obsessively scowered the web for spoilers/synopsis, etc.) At this point, I feel I have a decent grasp of Charlaine Harris’s vision. Perhaps I am biased (who knows, left to our own devices we all have them).

Whichever way everything in my body tells me that the only logical scenario, the only underlying message that has remained constant, is Eric and Sookie. The build up and journey to “true love,” the acknowledgment that they are “soulmates,” and the admission of their “hearts true desire.” You get the picture.

As of late, some ominous tones have arisen that scare me into believing CH may have a less than traditional happy ending in store for these lovers (I’ll explain later.) But, on the other hand (the only one that gives me hope) there have been many moments throughout the series that led me to conclude Eric/Sookie belong together. I would even go as far as implying that (taking into consideration their blood bond) without the other they would be incomplete. Kind of like, with out the other life is not worth living. But lets not get ahead of ourselves.

With respect to Sookie’s love life, I think a lot of fans jumped on the Eric bandwagon as a result of the 4th book (Dead to the World, which would be expected. Some say the turning point happens in Club Dead (3rd book). I have to say; I caught glimpses of their connection as early as the first book. So, as far as I was concerned, neither of them had a chance. There union was, is and always will be (to me) inevitable.

Dead Until Dark-Instant Connection-Some argue that Sookie despised Eric and Eric demeaned her in the beginning and I’ll agree that it wasn’t cookies and cream at first. Still, they were always uniquely attracted to one another. They were to some extent mutually intrigued. Eric has always “humored or tolerated” Sookie’s independent nature with unexpected grace—something only she had the power to do. To that extent, he staked Longshadow, who was attempting to kill her, without hesitation (knowing he would be held accountable). He sent her flowers to the hospital when she was recovering and “flew” by the window to check on her (which, no doubt was premeditated to make Bill look bad) and he succeeded. She may have wanted them to be from Bill but the act still touched her. Most importantly, and I think this goes unnoticed to many readers—she is able to look inside his mind for a moment, something she can do with no other vampire until the blood bond w/ him makes her stronger in book seven.

Living Dead in Dallas- Trust & Dependability- After Sookie stomps off in a tantrum and Bill leaves her to be attacked by the Maenad in the forest—a message to Eric Northman—Sookie is tended to at the hands of Eric w/ help from Dr. Ludwig. Here we see the first signs of the lustful/playful banter that defines ES so well. “By the way, I haven’t heard an ‘I’m sorry’ from you yet.” Sookie demanded. “I am sorry that the maenad picked on you.” – Eric teased. “Not enough.” His response: “Angelic Sookie, vision of love and beauty, I am prostrate that the wicked maenad violated your smooth and voluptuous body, in an attempt to deliver a message to me.” “That’s more like it.” She smiled. Another major turning point in the 2nd book is Eric’s decision to tag along in Dallas. He told Sookie that he did so to make sure her first assignment went well, but both the reader and Sookie suspect that his main reason was to make sure nothing happened to her. **Swoon** They then share a cute moment after Sookie escapes from FOTS, where he carries her up to her room to tend to her wounds. “Don’t cry again…just don’t start crying again, and I won’t mind taking this to the cleaners. I won’t even mind getting a whole new suit.” He promised her. In that brief moment he shows his softer side, in irony amusing Sookie—scary, Viking vampire that had seen it all was insecure over some tears. She couldn’t help but giggle. To make matters worse (or better, depending on what side of the Eric v. Bill debate you’re on) Bill is practically non-existent, non attentive at the least, during Stan’s party. He spends the entire time either chatting up with random vamps or going on a killing rampage after the explosion. At no time does he concern himself with Sookie. Instead it is Eric (Leif) who keeps her company, it is Eric who protects her from the shrapnel from the bomb, and it is Eric who stays by her side to comfort her. And, while the “sucking the bullet out of his chest” scam was a fairly sneaky (if not deceitful) way of getting her to take his blood, she loved it. Why else would she have stashed the bullet into her pocket as a memento? Hmmm. I wonder. When they finally return to Bon Temps, Lafayette’s murder is still under investigation. To uncover the truth Sookie plans to attend a sex party, where she believes the killer(s) will unveil themselves. Since Bill is conveniently unavailable, whom does she turn to? Yep, Eric. We start to see the relationship evolve beyond lustful intrigue (though that is definitely still kickin). They still have their witty moments. Him addressing her as his “little bullet-sucker” and she, him as her “big bullshitter.” But, in the end, his willingness to attend an orgy and pretend to be gay—fully decked out in pink lycra—proves that he is dependable and cares for her. He stays by her, holding her and making her feel safe, and he helps her leave when she's had enough. I think that her choice in taking him speaks volumes to the amount of trust and security she feels with him, even if that seems unbelievable to Eric. “You trust me?” He asked, surprised. “Yes” She told him matter of factly. “That’s….crazy, Sookie.” “I don’t think so.” Basically, if bonehead Bill hadn’t come along and broke up their little “moment” on the hood of his car, I think Sookie would have, in Eric’s words “yielded to him.” Looking back, I’m glad it didn’t escalate because it only made it that much sweeter when it did. All in all, the second book plants a lot of seeds for their eventual romance and really provides a huge platform for the basis of their “true feelings.”

To be continued with Part 2…Club Dead-Discovery and Dead to the World-Buried Affection.
nimmy70, jennnna and 3 others like this
BONES45 great articel i haven't read the books because i don't have them but so far i love their relationship on the books more because she trust him unlike in the tv show ps:can u plz send me their book scenes/moments/conversions if u have it pl thanks
escada Great Article 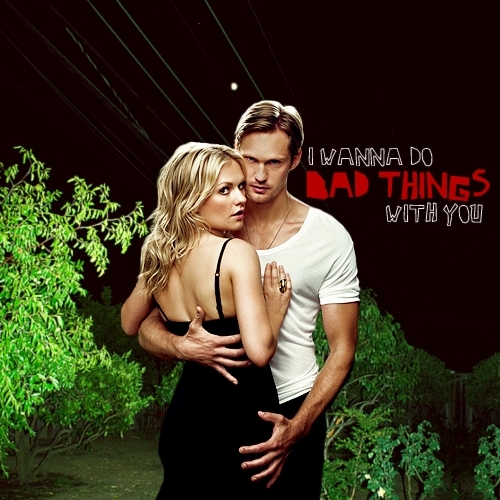 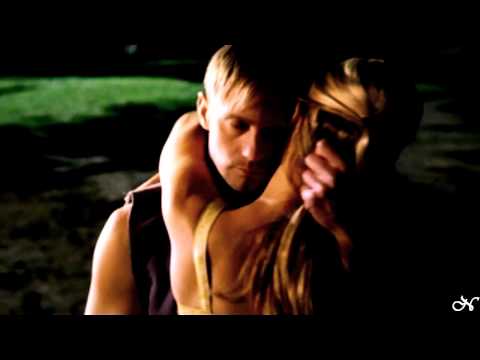 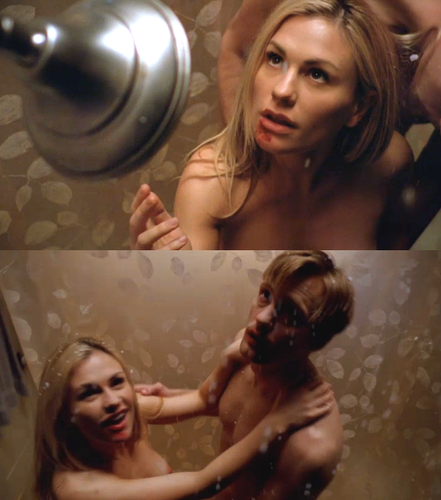 2
eric and sookie
added by Deiona
Source: from tumblr 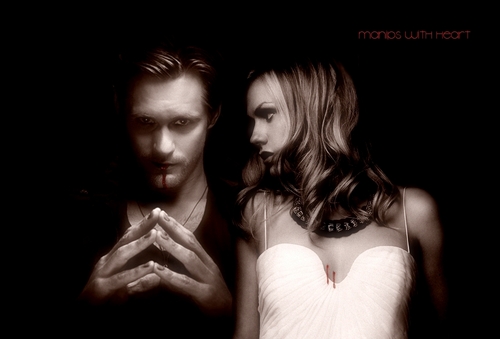 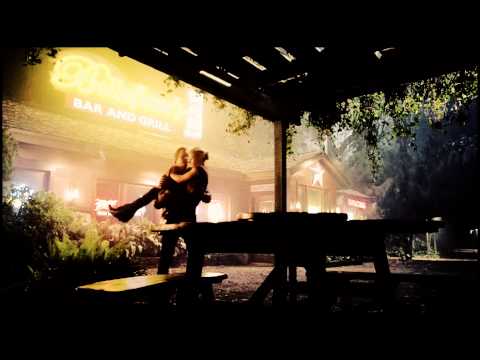 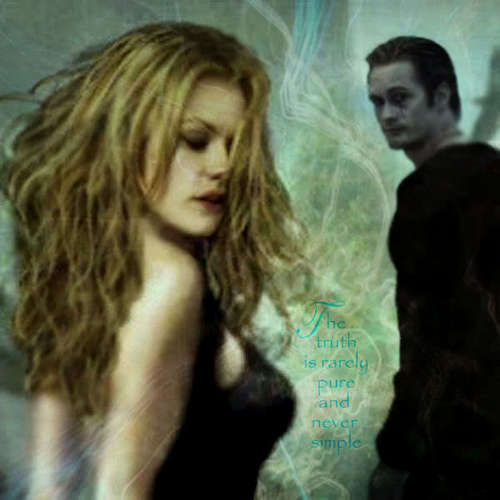 2
eric and sookie
added by Deiona
Source: from tumblr

i mean really are seroiuse,was she for real?? she had the most desribale man on that shitty twon (beside aliced) a man who is swett,smart,funny,strong,.....i can go on and on and she simply says NO is she for real?? i mean she gaive that lying,cheating,weak,ugly,menuplitive basterd more than one chance and she can't give the better man/vampire ONE lossy shot really??ok i get that she needs to be on her own and all that carp but this ERIC NORTHMAN we talking about a 1000 years old viking a warior a gentlman,a vampire that both recpected and feard by everybody,rich but modest,handsome man/vampire...
continue reading...