MY version of Soul Eater:Episode 1:Part 2:A Few New Students And An Abandoned Warehouse
posted by Vickifox
So as Victoria and her friends walked into the DWMA, Kid told her "I almost forgot. My father wanted to meet you." Victoria's eyes widened. "Lord Death? Just me? What?" Patty giggled and started to pat her on the back, saying "Aw, don't be nervous! Lord Death is a really nice guy, so just go meet him, k?" Victoria did. She walked into his office, fogged up the mirror, and said it at she wrote "42-42-564. Anytime you want to knock on Death's door." Lord Death appeared. "Heya, heya, heya!" He greeted her. "You must be Victoria." Victoria felt instantly at ease. "No offense, Death sir, but, you're not as scary as I thought you'd be." She smiled. "Yes, well, I had to change my mask in order to start the school. I didn't want to scare anyone off." Victoria nodded. "Why did you want to see me, Lord Death?" She asked. "I wanted to meet the new student! And, There's an abandoned warehouse downtown, and I want you and your friends to check it out. I already heard that you met your team that's going with you." He stated. "Wait. If you wanted to meet me because I'm a new student, why didn't you invite the rest of the group I came to DWMA with?" She wondered. Lord Death looked back at her. "You know, I really don't know." Victoria blinked, confused. "Go on, go tell your team about the mission." Victoria slowly turned to leave and looked back, still confused. "Go on." He repeated. She did. "How was it?" Danny asked her when they met up later. "He's very... interesting." She finally said. "And he wants us all to go to this abandoned warehouse downtown 'cause there's been weird activity." She added. "I know the place." Maka said. "We'll have to go after sundown." Kid ordered. And so the team waited till sundown, and headed out, meeting up at the warehouse. "Everyone stay together." Kid demanded as they all entered the place, all weapons in form and being held by their meisters. "We need to split up. Soul and I will go this way. Kid, Liz, and Patty the opposite way,Black Star and Tsubaki, go that way, and Danny and Victoria check out near the second floor stairs. Azuraka and Doom, you'll come with us." Maka devised. The team split up. "I feel nervous, Danny." Victoria admits once they were alone. " We've never been on a TRUE mission before." She points out. "No, but we make a great team. Don't doubt now." They said nothing more as they ventured farther into the warehouse. Danny gripped Victoria tightly in her mace form. A noise put them on guard and they waited for something to jump out at them. A werewolf pops out from the shadow, jumping Danny, and knocking Victoria out of his hands, throwing her across the room. She had changed back to human form from the shock of it. The wolf turned, and Victoria saw he had one weird eye. They locked eyes from across the room. Victoria bolted, headed for the second floor stairs with Free on her tail. The entire team heard the commotion and came running to see Danny in shock on the ground, possibly injured, and Victoria running for her life up the metal stairs. "Maka! Black Star! Grab those ropes!" Kid ordered. He meant the ropes attached to some useless sandbags, the ropes ending on the second floor railing. Instead of questioning why they were there, they both did as they were told. Victoria crossed the catwalk, Free on her tail as Black Star pulled his rope- catching Victoria. "BLAAACKK STAAARR!" She cried out as she was suspended in midair. She pulled on her dress skirt to keep it from flipping up over her head. Black Star let go of the rope and smiled sheepishly. "Sorry, Victoria." He apologized. She sighed. "Whatever." She replied. Maka pulled her rope, and caught Free instead. He started clawing for Victoria, fraying the rope she was hanging upside down on. "Uh, guys? Help, please!" She begged as the rope snapped. Black Star made a run for her. "I got you!" He cried. "You've done enough! I'VE got her!" Soul argued. They were both so busy arguing that Kid caught Victoria instead. "Thanks, Kid." She said, climbing down to the ground. Soul and Black Star frowned, unhappy that he caught her instead of one of them. A few minutes later, the cops had shown up to take Free back, instead of collecting his soul, the team just called the cops. "So, how was that for a first mission, Victoria?" Tsubaki beamed. "Bizarre. But... I could get used to this." She smiled. "But I think right now, I could use some sleep." So the team said their goodbyes and went their ways, till the next school day and their next mission.

END OF EPISODE 1:HOPE YOU ENJOYED IT! :) 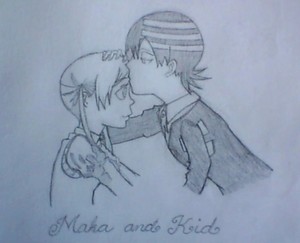 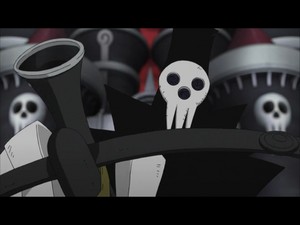 Who is that weapon???
added by snow_cake 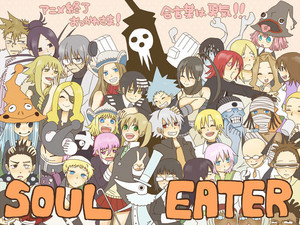 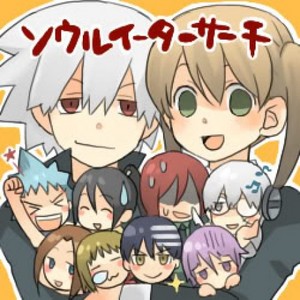 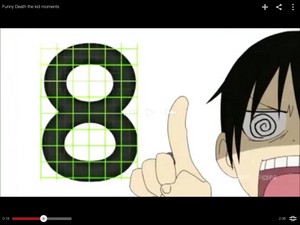 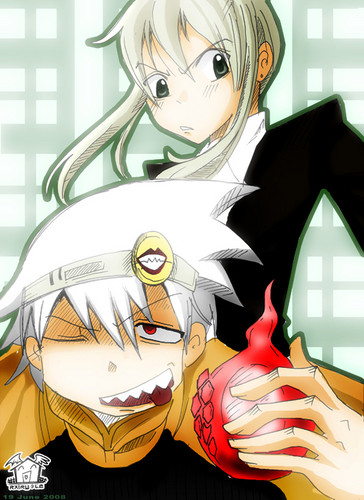 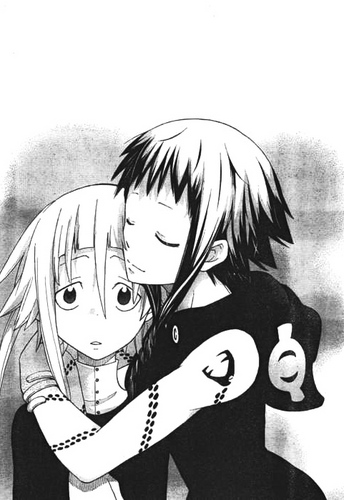 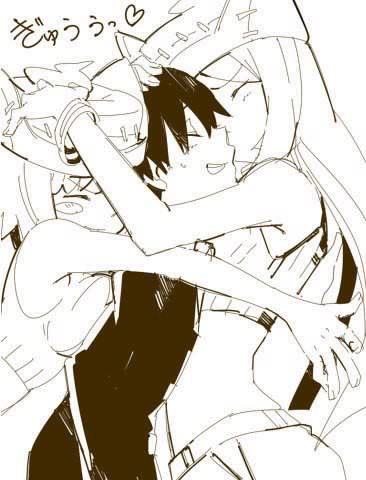 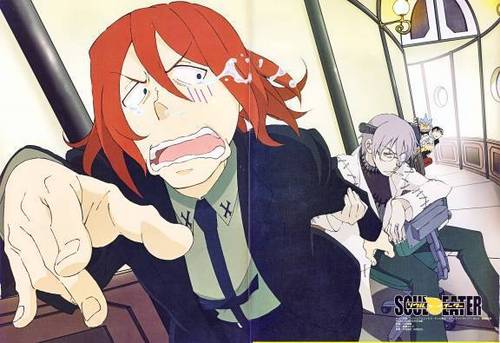 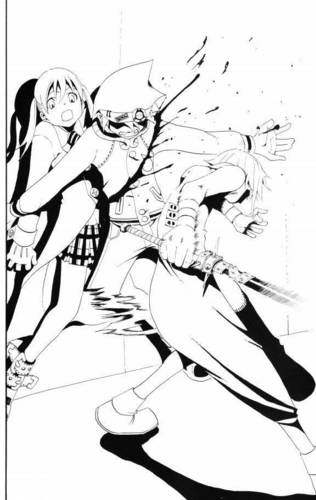 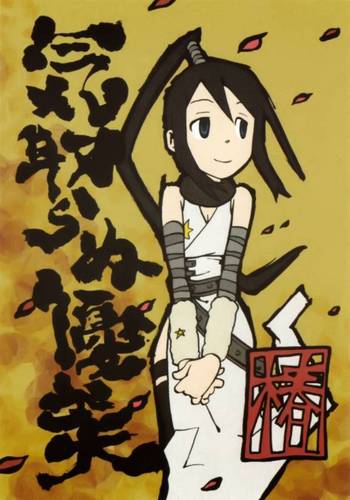 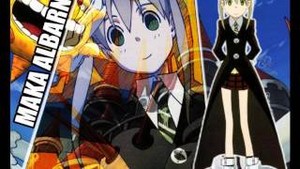 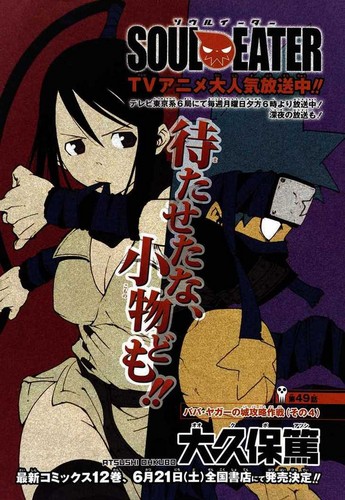 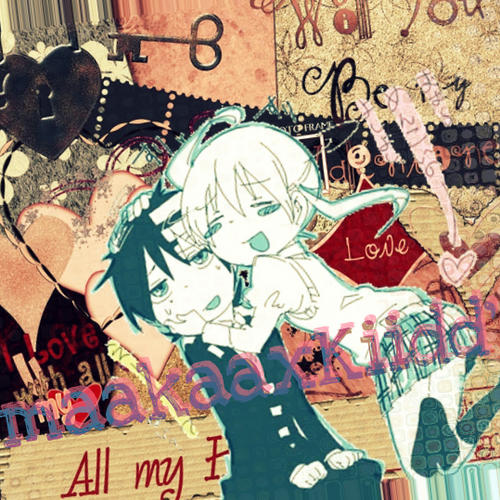 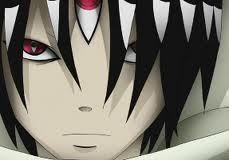 1
The best of em all!
added by Samurai15 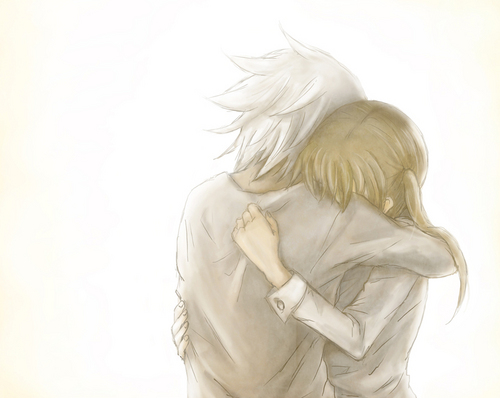