2
I Don't Ship SoMa! (And Here are a Few Reasons Why)
posted by AquaMarine6663 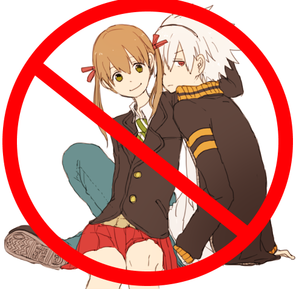 Okay, I'm probably going to get hate for this since this is the most popular ship in the Soul Eater fandom, but I strongly stand against it. Here's some reasons why I think it wouldn't work out.

Reason 1 - It's far too cliche
Honestly, them ending up is too predictable. I think the story is far better off at leaving them as friends. There's too many shounen anime and manga that have the main girl and guy end up together in the end and having them not be together is something different and I'd love to just leave it at that.

Reason 2 - Their personalities clash too much for romance
Although they make great friends and are rather close like that, you have to admit that Maka is quite the tsundere.
She gets angry easily towards Soul which just pisses him off in turn, leading to a heated argument. That would more than likely carry on into their romantic life leading to a rather shaky relationship filled with arguments over petty disagreements.

Reason 3 - There are more hints at other ships than just SoMa
If you pay close attention, it seems everyone actually has a thing for Maka, like Kid blushing when she touches him or whatnot even though he's rather...emotionless at times.
However, I feel like there's one that sticks out even more than SoMa (since some of their romantic moments were in the anime only) and it often gets looked past. And that is "StarMa", aka Black Star x Maka.
You see, Black Star is very protective over Maka. Which doesn't make sense compared to Soul and Maka, since weapons are supposed to protect their meisters and vise versa. So of course, it makes you realize he probably likes Maka, seeing as when Soul was practically killed by Crona, he didn't overly freak out for someone like him. But when Maka was just paralyzed for estimated only a day or two by Arachne, Black Star was out for blood. His intent was to kill Arachne for bringing harm to Maka. He's also rather attached to her and talks to her more than the other characters in the main group. He also saved her in the manga and Maka even asked if he liked her for doing that, causing him to blush and stutter and deny it, like most crushing kids will do.
Also, their personalities seem to mix far better than Soul and Maka.

And honestly, I admire Soul and Maka's relationship for what it is as an almost brother/sister relationship. Sticking up for each other but not afraid to get into quarrels. Adding romance to that would ruin the greatness to it, honestly. 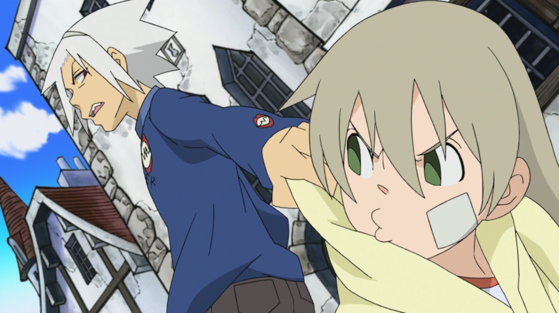 She looked beautiful. He always thought she had.

He looked handsome. She always thought he had.

Soul walked closer to Maka who was sitting on the couch. His lips came closer to hers and they soon met. They stayed that way for a while, but then broke apart.

"What is it?" Soul asked not knowing why Maka had said that.

"Your teeth are sharp!" Maka yelled as she walked to the bathroom. Soul followed behind her. Maka took her fingers off her lip and blood ran down it. " We have school tomorrow! Everybody will know...
continue reading...
1
The importance of Soul Eater Not!
posted by NagisaFurukawa- 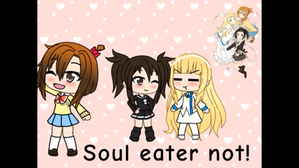 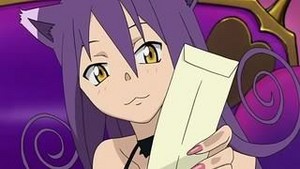 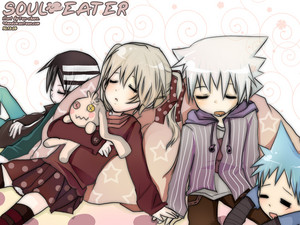 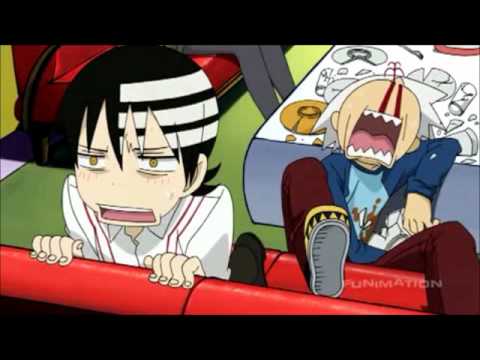 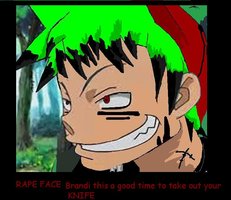 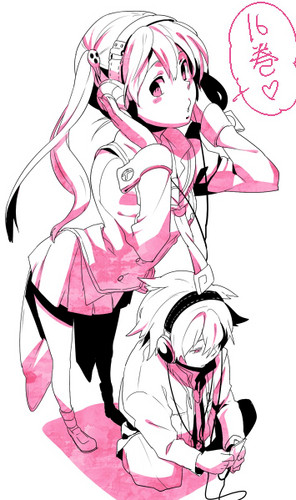 2
soul and maka
added by rapidwave 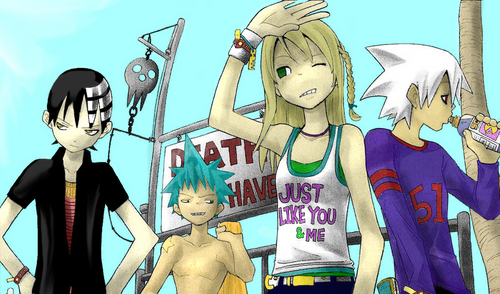 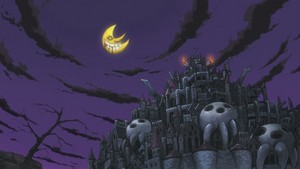 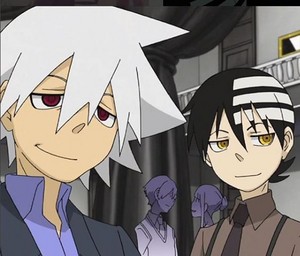 Kid and Soul
added by rosewinton3055 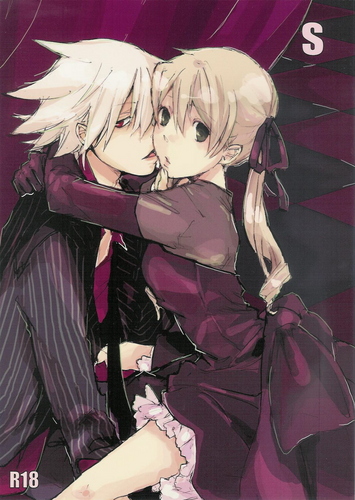 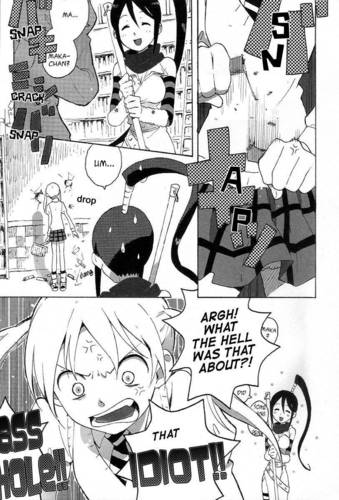 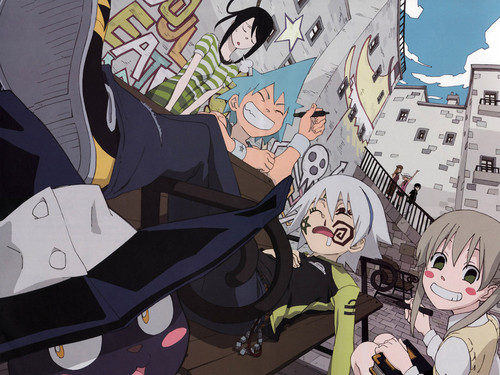 3
The gang!
added by Samurai15 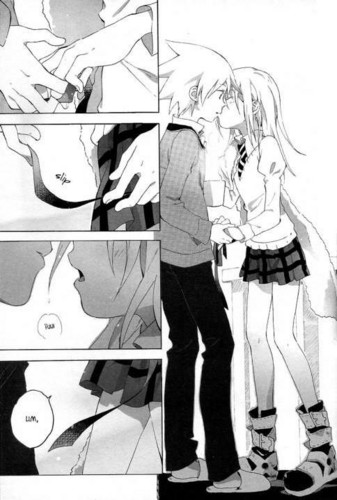 3
Upright page 26
added by kibagirl369
Source: not mine 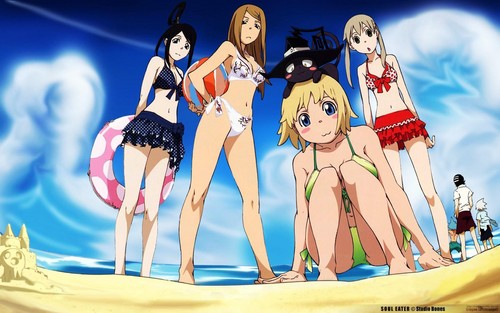 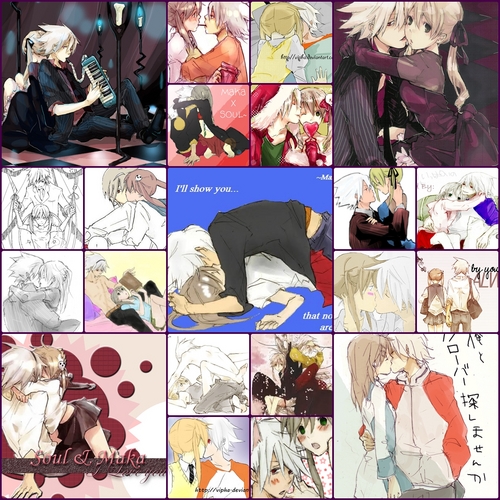