Spyro and Cynder awoke in a large dungeon-like room."Spyro! Cynder!" a small voice called out. Spyro shook his head as he tried to wake himself properly."hello?" he called out to the familiar voice."is the dungeon keeper gone?" it asked. he looked at the gate to see nobody guarding it."yes. the area is unguarded."he told the voice with a nod."ok, step back." it ordered a little more clearly. Spyro got Cynder to step back a little and the two crouched down. they were chained to the wall.

CRASH! the vent bars came clean out with a minimum of cracks in the cold steal walls. of course! it was ember! Cynder shied away."what if she finds out?" she thought as she looked at the gleaming little Pink dragon. Flame was behind her with Serenity, Cynder and Spyros daughter, safely dangling by the scruff of her neck in his mouth. he was being careful as possible not to bite her to hard but not to loose a grip on her either. "Ember!" Spyro sighed in relief. " And Serenity!" Cynder gasped with bugged eyes. "and me!" Sparks added. he quickly picked the locks on the chains and they all crawled through the vent. Cynder pulled the bars back up and Spyro smelted them back in place. the Guards rushed to the cell. they tried to find out where their prisoners had escaped as the gang of Dragons silently crept through the long tunnel that Flame had dug out just above the Vent tunnels. the followed it for a while before they got to the top of a mountain where the Altitude was to high to fly safely. Cynder rushed over to Flame as he laid Serenity down gently.there were fear marks all over her."what happened to her?"she asked immediately. "we didn't see all that much," Flame admitted, "but we did see Red and Malefor scratching her with a dark red Crystal."

"i forgot...why can't we go back to Dragon City?" Spyro asked as he looked just beyond the long green meadows that used to be his home. "we're outlaws, Spyro." Cynder reminded him. "what did you guys even do?" Ember asked out of the blue.Cynder looked at her daughter."we took the Gem of Life to keep our young one alive." she explained. Ember gasped. "is that what her necklace is made from?" she asked with a tang of worry. Cynder nodded in despair. "there's just one thing i don't understand." Flame confronted them. "why was your daughter dieing?"

"what do you think?" Spyro spat at him. "her mother was exposed to the darkness and her father if one of the only of his kind." he explained as tears started to stream down his face. Flames eyes grew with a new respect. he nodded in understanding and sat next to the five day old. "they also put strange dark red crystal bracers on her. we tried, but not even Sparks could get them off." he added, putting his head down on his front legs. "i noticed." Cynder assured him.

"it's Sundown.we need to rest for the night."Ember explained.Flame covered up the hole with a flat rock and laid down on top of it.it felt cold under his snow covered scales but he knew he needed to keep the extra weight on to keep enemies from getting to them. Cynder and Spyro took Serenity over to one of the few grassy patches and slept next to her. Sparks laid on Spyros left horn and quickly fell asleep. 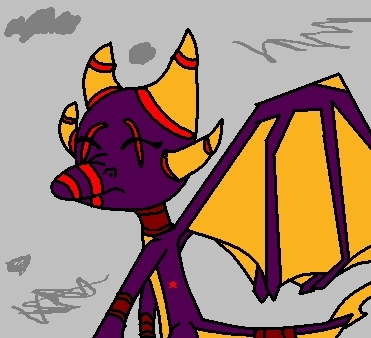 CornChips likes this
Spyromaster666 good story. thats all i can say and u sure probably took a lot of time to type this all out im impressed.
InvaderCynder thanks! and guess what? i'm actually taking ideas from you guys on all the articles! go ahead, shoot! i'll see what i can do. :D 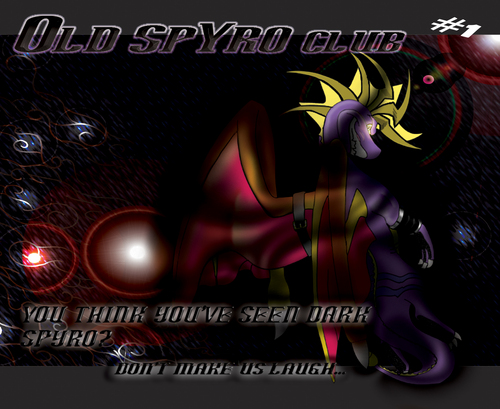 spyro dawn of the dragon
added by Spyro-A113 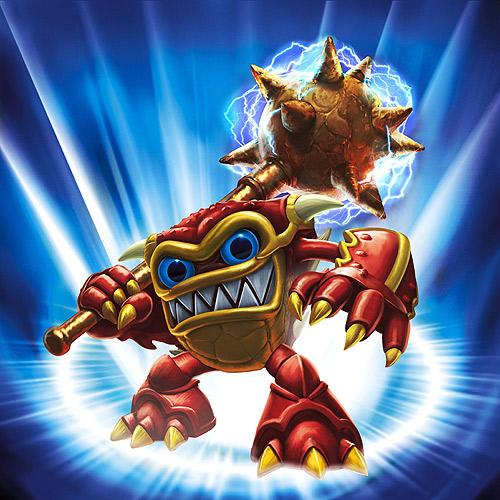 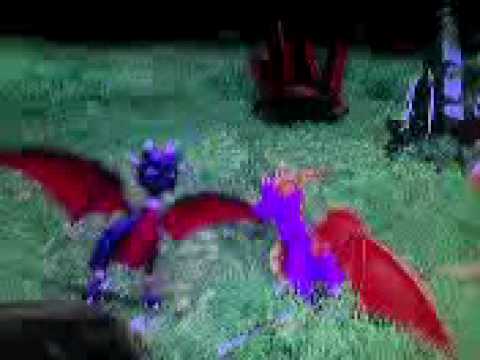 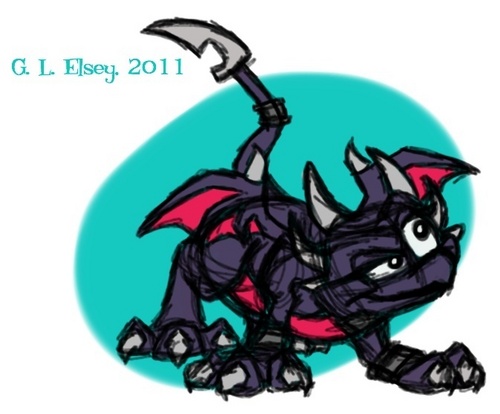 1
Moneybags Demanding More Money In Winter Tundra
added by Magica
(Sorry about the crap quality. I could only use my phone to record at the time.)
video 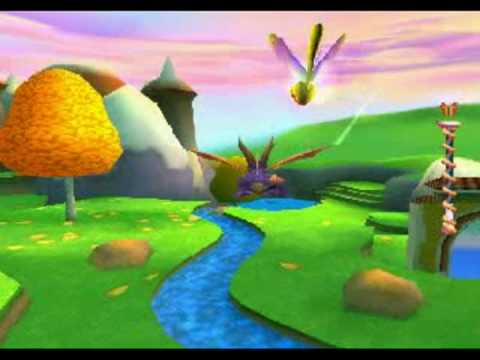 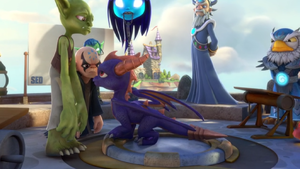 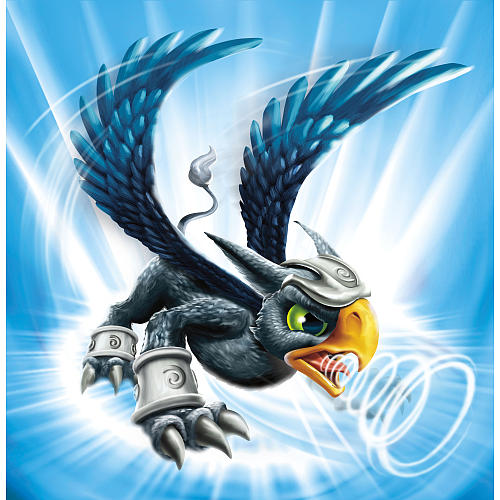 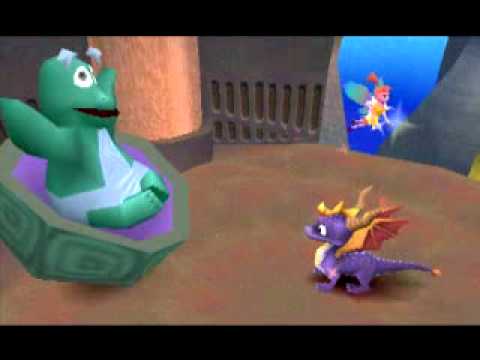 1
Spyro 2 Hacks: A Ton of Gems and Orbs
added by AngelOfTheTriad
How does he carry all of it?
video
spyro the dragon
classic
psone
old
playstation
original 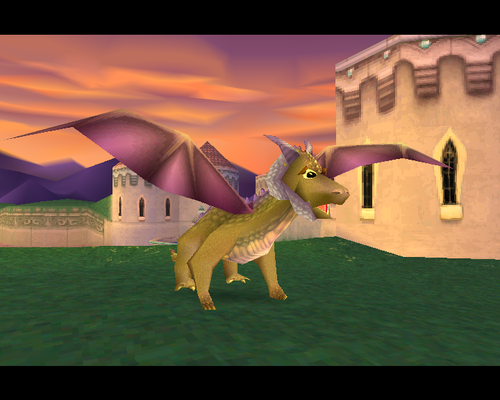 Go to any world with lava or any other kind of stuff that makes you hurt yourself. I prefer to do this in Molten Crater in the Sunrise Spring homeworld at the beginning of the level, but it can be done anywhere. Jump into the lava, keep burning yourself untill Sparx is gone. What you want to do now is hit the ava one more time, but as you hit the lava, quickly pause the game. You'll feel the controller shake if you did this correctly. Now, don't unpause the game, select 'Exit world'. You'll return...
continue reading... 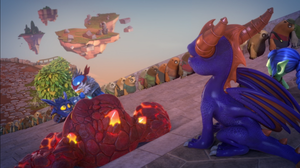 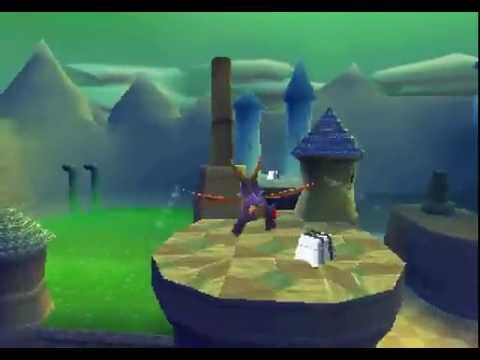 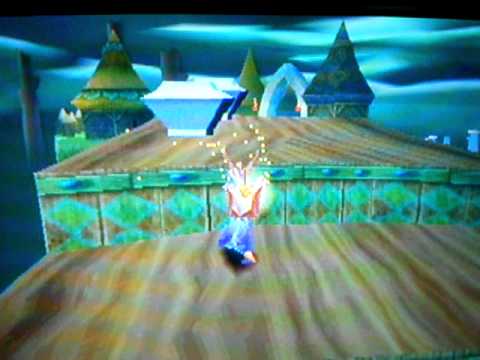 1
Tree Tops - The Ridiculous Part
added by Magica
Video by me. Don't complain about the crap quality please. Kthx. Believe me, it could've been much worse.
video 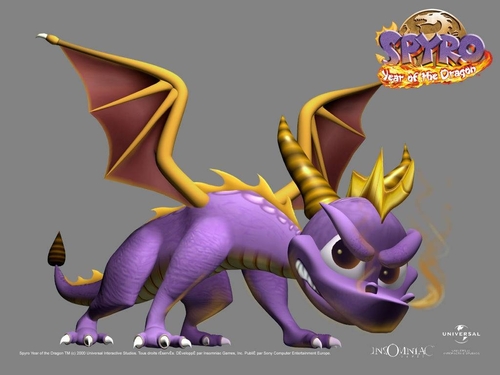