4
Vengeance is Mine
posted by Celina79
This is a One shoot Hotch Fanfic for Minimal loss.
It was written by mablereid @ fanfiction.net.
Enjoy! :)


The heavy metal door swung shut behind him with a thud as he walked down the concrete steps. He pushed through another door at the end of the hallway, and reached for the light switch to his left. The light flared on, illuminating the room with a bright yellow glow from fixtures spaced at even intervals along the ceiling. The floor was plain concrete, and there were opened ended cubicles spaced out along the right side of the room.

He stepped up to the first one and took a pair of clear plastic safety glass from the tray perched on the counter. He put on his ear protection and pulled his gun from its holster. He unbuttoned his suit jacket and loosened his tie by a fraction of an inch. He put a new target in place and lifted his gun.

He took aim and squeezed the trigger in quick succession. The sound of the gunshots echoed around the otherwise empty room. They were muffled to him, of course, and he considered taking off his ear protection and letting the explosions drown out the only sounds he’d been hearing since the plane landed. Of course, that would mean his hearing would be damaged for sure. The pain would be almost intolerable, but perhaps that was the penance that awaited him for sending Reid and Prentiss into that mess in the first place.

He emptied the clip into the target and every single shot found the heart of the paper facsimile. It didn’t matter; he could still hear Emily and her cries at the hands of Cyrus. He could still hear the sound of a fist on her fragile flesh. The ear protection didn’t keep out her voice over their listening devices telling them “I can take it!” It didn’t keep out the sound of the explosion as the church went up and he had begged whatever deity was listening to protect Morgan and Reid.

He changed the clip in the lingering smoke from burning gunpowder and brought the gun up to bear on the target.

“In SWAT they broke shots down into three steps: One: front sight, focus on the front sight, not on the target, Two: controlled trigger press. Three: follow through, after the shot you come right back to the target. What did you do wrong?”

He lowered the gun as the remembered conversation from that day so long ago began playing in his head. He looked at the target and saw Philip Dowd’s face, and the small, round, hole in his head where Reid had shot him. Dowd had looked as surprised as Hotch had felt. Reid had claimed to be aiming for the man’s leg, but Hotch still wondered, even now, if that weren’t a convenient excuse. Reid was capable of far more than just being their human computer. He gained the trust of Cyrus and it was his skill, as well as Emily’s ability to get through to a concerned parent, that had turned the tables for them.

He emptied the clip into the target and this time it took on the face of the State Attorney General of Colorado. Hotch was sure he was the one that leaked to the press that an FBI agent was in the compound. It was his fault that Emily had taken a beating. He pulled the trigger again and her battered face replaced the AG. The bullet tore through her forehead and he nearly retched. This wasn’t getting him anywhere. He needed to do something, anything to make the guilt eating at his gut go away.

Hotch stepped off the elevator and rounded the corner to his office. He almost plowed over JJ who was coming from the direction of her office.

“Sorry sir, I didn’t know you were still here.”

“I thought I told you to go home. You need rest.”

He was staring pointedly at her baby bump. She blushed and looked like a guilty schoolgirl. He waited, staring at her till she looked at the floor.

“I was just talking to Garcia.”

He continued to wait because the team’s communications expert never blushed and now she was as red as a cherry.

“Ah… we were just talking about that reporter that leaked the story about the FBI agent in the compound. Garcia is pretty ticked. I told her there was no way to really punish the guy. I mean he was only doing his job and then there’s freedom of speech and all that.”

She was rambling and JJ never rambled. He gave her his most stern look and she cracked like spring ice on a pond. “Okay… I sort of told her his name and Garcia is… Well Hotch, do you really want to know what she’s doing?”

He decided the less he knew of their tech’s activities the better off they all were. “No… I don’t want to know. But I do want you to go home!”

He entered his office, turned on the light, and made sure the door was locked and the blinds were shut. This was one phone call he didn’t want to be overheard. He sat at his desk and reached for his cell phone. Then he hesitated, maybe it was just better to let the Attorney General of the United States, or the Governor of Colorado, handle this. The problem was that he didn’t trust that the AG of Colorado would be punished. He’d nearly killed two agents and put the lives of all the cult members in jeopardy with his stupid actions.

He’d promised himself and Reid that someone like Tobias would never hurt him again. He promised himself that Emily wouldn’t get hurt that way, or Morgan, or JJ or any of them. He’d promised that his family would be safe no matter how impossible that was. His promise had failed because of another man’s political agenda.

His fist tightened on the phone. He had to do something. The voice in his head that said it was wrong to make the call got fainter, and fainter, as he relived the moment of seeing Emily with her face bruised and cut. It would never be enough. He opened the phone and made the call.

Two months later he opened the front door of his house on a Saturday morning and picked up the paper. On the third page there was a picture of Colorado’s AG. The accompanying article told the story of how the AG had been traveling back to his home from skiing in Vail. The car had plunged off the road and he and his driver had been killed. There was no foul play suspected, but an investigation was forthcoming.

He went inside and picked up his phone. The same voice he remembered from the call two moths ago answered.

“I assume you’ve seen the paper.”

“That’s not what I wanted.”

“You knew who you were calling and what we were capable of doing. Don’t tell me you’re squeamish now.”

“I had thought a scandal, or something else to force him out of office, or into prison.”

“Don’t be stupid… You knew what needed to be done. It’s why you contacted us. There is no sign of our involvement or yours. It will be ruled an accident. Besides, he was a thorn in out side too. It was a pleasure to take care of him.”

“You’ll have to learn to live with it. Oh… and our debt is repaid to you. Never call us again.”

The sound of the phone being slammed down reverberated even in Hotch’s damaged ears. He shut the phone with a hand that shook just a bit. He wasn’t afraid of this coming back to him; the CIA was very good at its job. He knew the reason for his trembling hands. He was happy and it scared him to death. How many times could you step over the line before you became the monsters you sought?

He got up and turned to look out his living room window. The answer wasn’t waiting there in the white snow or the sunlight as he’d hoped. The answer was in his heart and he feared what he would find there.
nikki8green6, becca85 and 2 others like this
xellga Celina, Thanks for posting! Though, I must say this story seems a little OOC to me. I just can't see Hotch making this kind of call. It wouldn't have been "the right thing" to do and I'm sure he could - and would - have found a legal way to settle the score for his team. But I do like the team being called his "family" here because that's the way I see it, too.
Celina79 Yes, you alright. But I liked that he is like the father of the team :). Thats what I like about Hotch, he cares. And of course about the Show, they have a great Team :)!!
makintosh I agree 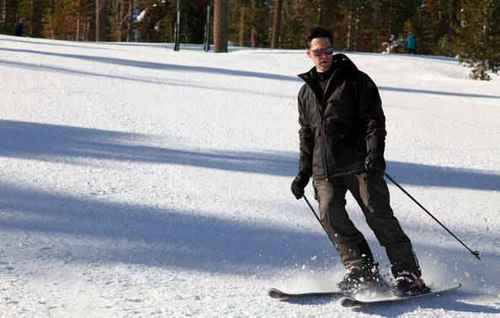 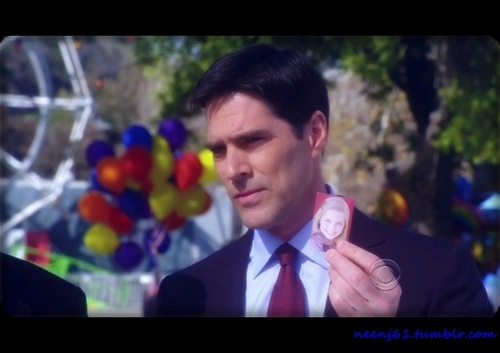 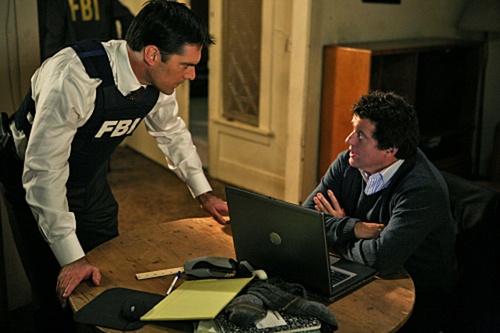 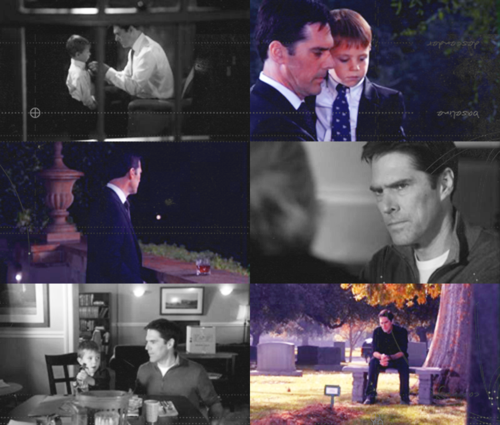 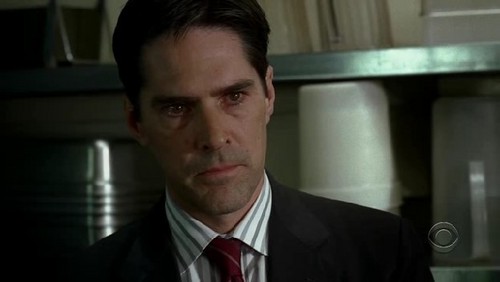 1
Tainted Love of Hotch and Foyet
added by CuriousArrogant
A fun video! This isn't for profit or anything. I don't own the footage or the song! My goal is to make a video of every criminal minds episode before the start of season 6! Follow my videos at amijustcuriousorarrogant.blip.tv/
video
criminal minds
fanvideo
hotch
aaron hotchner 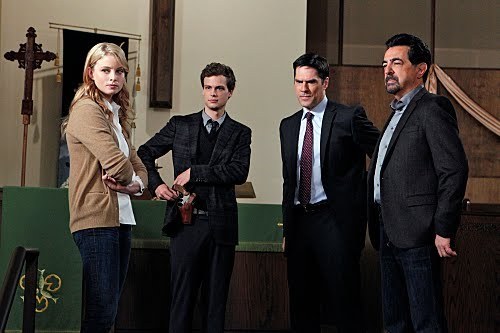 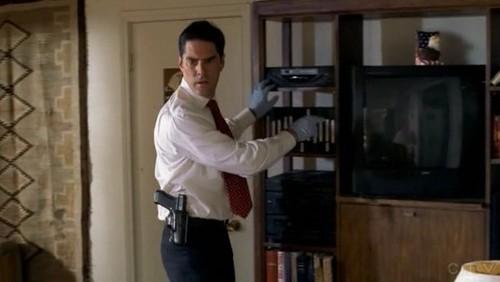 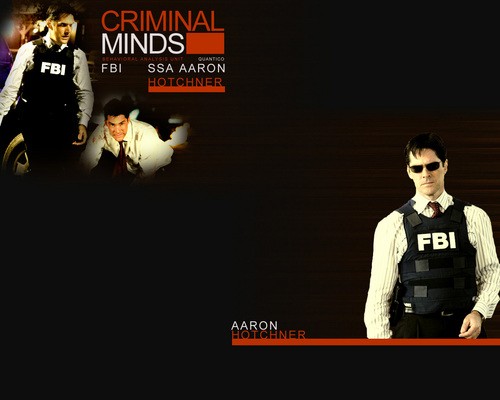 3
HOTCHNER
added by nikki8green6
Source: me:) 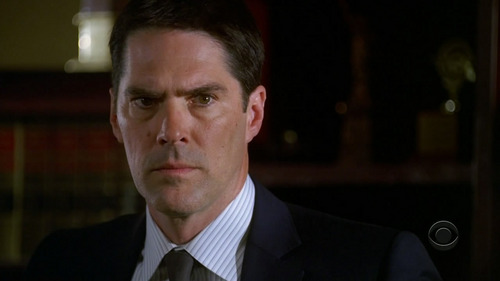 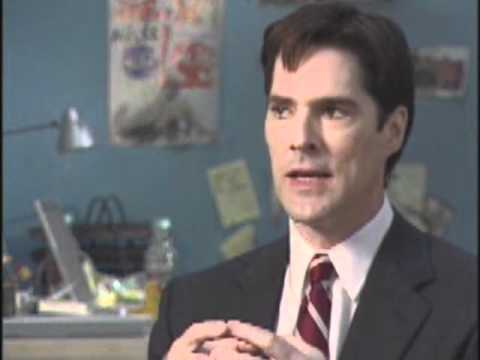 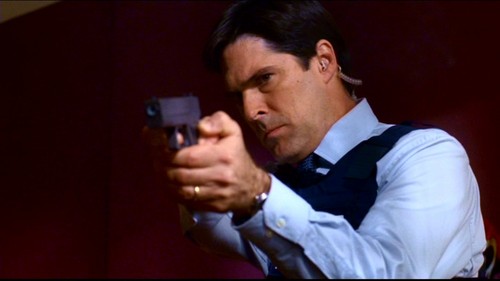 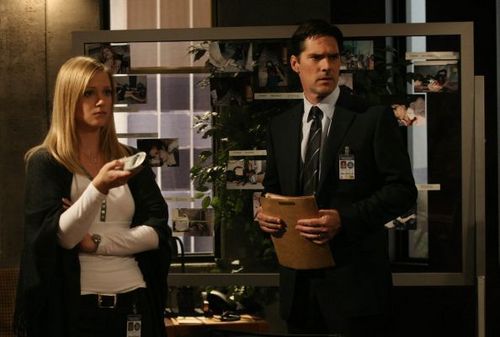 7
Hotch and others
added by xellga
Source: via Criminal Minds Fanatic 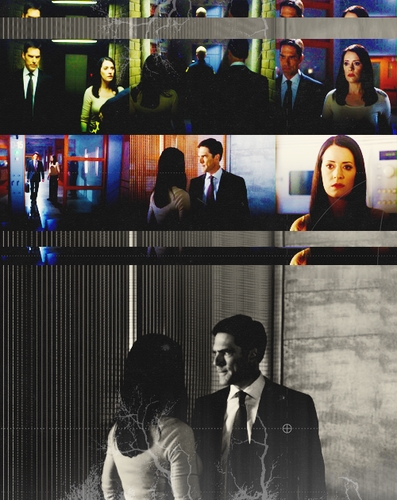 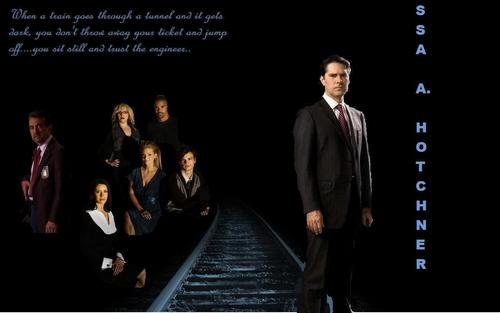