LDSK:
"Nothing is so common as the wish to be remarkable."
(attributed to) William Shakespeare

The Tribe:
"The individual has always had to struggle to keep from being overwhelmed by the tribe."
Friedrich Nietzsche

A Real Rain:
"I object to violence because when it appears to do good, the good is only temporary. The evil it does is permanent."
Mahatma Ghandi

Machismo:
"Other things may change us, but we start and end with family."
Anthony Brandt
"The house does not rest on the ground, but upon a woman."
Mexican proverb

The Perfect Storm:
"Out of suffering have emerged the strongest souls. The most massive characters are seared with scars."
Khalil Gibran

Psychodrama:
"Man is least himself when he talks in his own person. Give him a mask, and he will tell you the truth."
Oscar Wilde
"The basis of shame is not some personal mistake of ours, but that this humiliation is seen by everyone."
Milan Kundera

The Boogeyman:
"We can easily forgive a child who is afraid of the dark. The real tragedy of life is when men are afraid of the light."
Plato

The Last Word:
"Remember that all through history, there have been tyrants and murderers, and for a time, they seem invincible. But in the end, they always fall. Always."
Mahatma Ghandi

Revelations:
"There is not a righteous man on Earth who does what is right and never sins."
Ecclesiastes 7:20

Distress:
"If there must be trouble, let it be in my day, that my child may have peace."
Thomas Paine

Legacy:
"Of all the preposterous assumptions of humanity, nothing exceeds the criticisms made of the habits of the poor by the well-housed, well-warmed, and well-fed."
Herman Melville
"Nothing is permanent in this wicked world. Not even our troubles."
Charles Chaplin

In Name and Blood:
"Let your heart feel for the afflictions and distress of everyone."
George Washington

Scared to Death:
"He who controls others may be powerful but he who has mastered himself is mightier still."
Philosopher Lao Tzu
"You gain strength, courage, and confidence by every experience in which you really stop to look fear in the face. You must do the thing which you think you cannot do."
Eleanor Roosevelt

About Face:
"Now what else is the whole life of mortals, but a sort of comedy in which the various actors, disguised by various costumes and masks, walk on and play each ones part until the manager walks them off the stage?"
Erasmus

Birthright:
"It doesn't matter who my father was, it matters who I remember he was."
Anne Sexton

3rd Life:
"No man or woman who tries to pursue an ideal in his or her own way is without enemies."
Daisy Bates
"It is a wise father that knows his own child." William Shakespeare

Damaged:
"There is no formula for success except perhaps an unconditional acceptance of life and what it brings."
Arthur Rubinstein

Tabula Rasa:
"All changes, even the most longed for, have their melancholy; for what we leave behind us is a part of ourselves. We must die to one life before we can enter another."
Anatole France

Lo-Fi:
"The man visited by ecstasies and visions, who takes dreams for realities is an enthusiast; the man who supports his madness with murder is a fanatic."
Voltaire

Mayhem:
"Never think that war, no matter how necessary, nor how justified, is not a crime."
Ernest Hemingway

The Angel Maker:
“We all die. The goal isn't to live forever, the goal is to create something that will.”
Chuck Palahnuik
“The past is our definition. we may strive, with good reason, to escape it, or to escape what is bad in it, but we will escape it only by adding something better to it.”
Wendell Berry

Paradise:
"A fool's paradise is a wise man's hell."
Thomas Fuller
"Things are not always what they seem; the first appearance deceives many; the intelligence of a few perceives what has been carefully hidden."
Phaedrus

The Instincts:
"Who speaks to the instincts speaks to the deepest in mankind and finds the readiest response."
Amos Bronson Alcott

Normal:
"Every normal man must be tempted at times to spit on his hands, hoist the black flag, and begin to slit throats."
H.L. Mencken

Pleasure is my Business:
"The prostitute is not, as feminists claim, the victim of men, but rather their conqueror, an outlaw, who controls the sexual channels between nature and culture."
Camille Paglia

Omnivore:
“Fate is not satisfied with inflicting one calamity.”
Roman author Publilius Syrus
“Men heap together the mistakes of their lives, and create a monster they call destiny.”
John Hobbes

House on Fire:
"We all live in a house on fire, no fire department to call; no way out."
Tennessee Williams
"I have loved to the point of madness; That which is called madness, That which to me, is the only sensible way to love."
Francoise Sagan

The Big Wheel:
"In order for the light to shine so brightly, the darkness must be present."
Francis Bacon

Roadkill:
“I'm not sure about automobiles. With all their speed forward they may be a step backward in civilization.”
Booth Tarkington

To Hell...and Back:
"If there were no hell, we would be like the animals. No hell, no dignity."
Flannery O'Connor

Haunted:
"One need not be a chamber to be haunted, one need not to be a house. The brain has corridors surpassing material place."
Emily Dickinson
"There is no witness so dreadful, no accuser so terrible as the conscience that dwells in the heart of every man."
Polybius

100:
"He who fights with monsters might take care lest he thereby become a monster. And if you gaze for long into an abyss, the abyss gazes also into you."
Friedrich Nietzsche
"So much of what is best in us is bound up in our love of family, that it remains the measure of our stability because it measures our sense of loyalty."
Haniel Long

The Slave of Duty:
"It's love that makes the world go round. If that is true, then this world must have spun a little bit faster with Haley in it."
W. S. Gilbert
"Where we love is home, home that our feet may leave, but not our hearts."
Oliver Wendell Holmes
"What lies behind us and what lies before us are tiny matters compared to what lies within us."
Ralph Waldo Emerson

The Fight:
"I have found the paradox, that if you love until it hurts, there can be no more hurt, only more love."
Mother Teresa

A Rite of Passage:
"Many persons have the wrong idea of what constitutes true happiness...is not attained through self-gratification, but through fidelity to a worthy purpose."
Helen Keller

A Thousand Words:
"I have seen children successfully surmount the effects of an evil inheritance. That is due to purity being an inherent attribute of the soul."
Mohandas Gandhi

The Internet is Forever:
"The single biggest problem with communication is the illusion that it has taken place."
George Bernard Shaw
nanny2, isa234 and 1 other like this 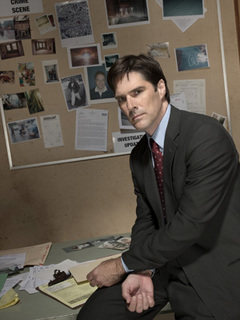 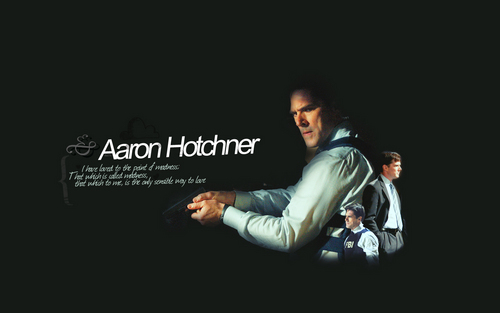 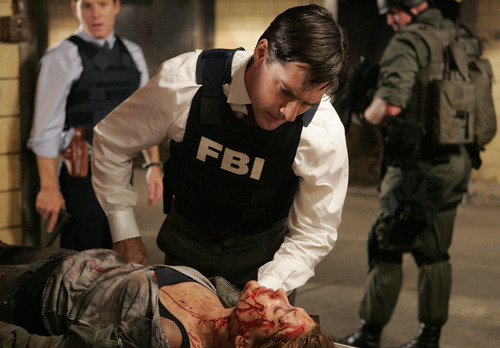 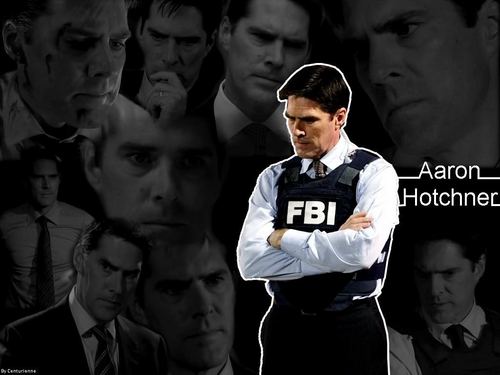 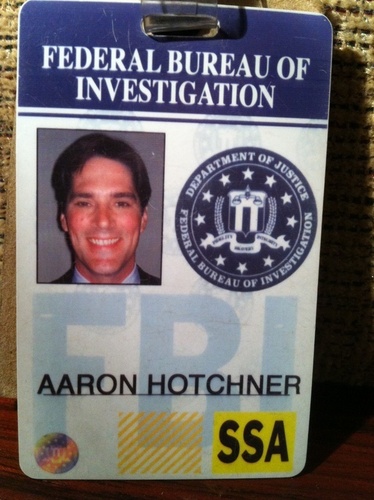 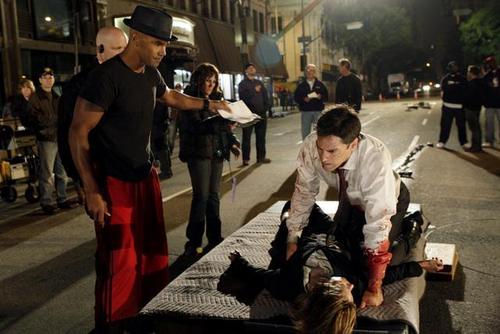 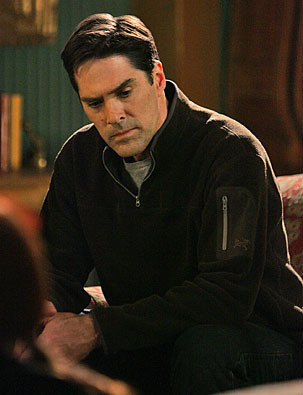 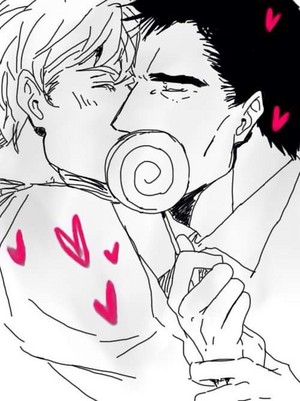 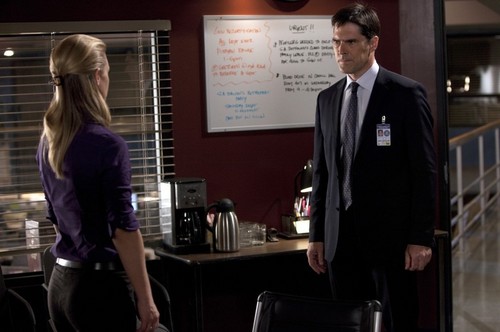 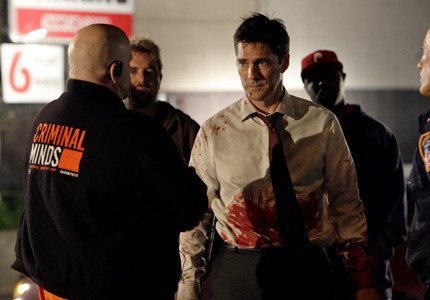 1
♥AARON HOTCHNER♥ - MY HANDS... (CRIMINAL MINDS)
added by AaronsGirl4ever
I just love this guy and this song... They both fit soooo good to my life:))))
video
aaron
hotchner
hotch
criminal
minds
thomas
gibson 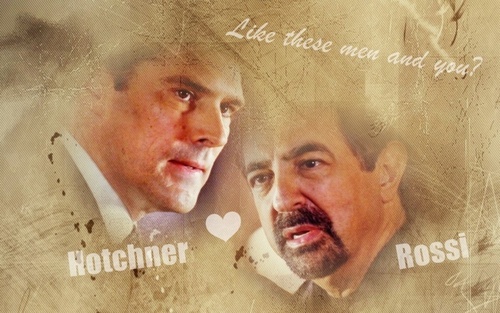 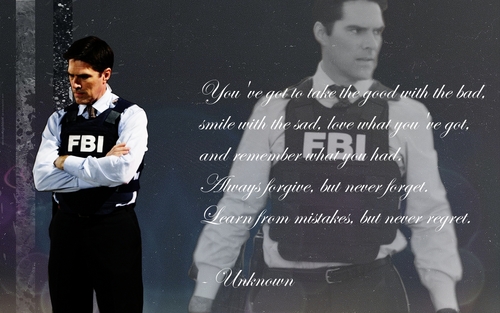