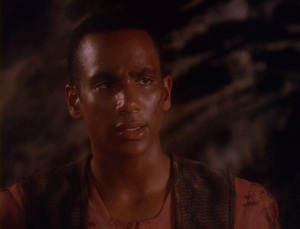 "STAR TREK DEEP SPACE NINE" RETROSPECT: (5.04) "Nor the Battle to the Strong"

It has been a long time since I have watched an episode of "STAR TREK DEEP SPACE NINE". A long time. I have several DVD box sets for "STAR TREK VOYAGER" and the Syfi Channel now airs "STAR TREK NEXT GENERATION" episodes on a daily basis. So when I had decided to re-aquaint myself with the 1993-99 series, I chose the Season Five episode, (5.04) "Nor the Battle to the Strong".

To understand the background for "Nor the Battle to the Strong", I had to recall the series' political background that sometimes came off as slightly chaotic. Between the series' late Season Four and early-to-mid Season Five, the Federation had been embroiled in a war against the Klingon Empire. Captain Benjamin Sisko, his senior staff and the Federation learned that the Founders - the Changeling leaders of the Dominion in the Gamma Quadrant - had planted another Changeling to impersonate the Klingons' head of state, Gowron in the Season Five premire, (5.01) "Apocalypse Rising". Despite this discovery, the Second Federation-Klingon War continued to rage. The war eventually ended, but not before the airing of "Nor the Battle to the Strong".

In a nutshell, "Nor the Battle to the Strong" began with Dr. Julian Bashir and Jake Sisko traveling back to the Deep Space Nine space station after attending a medical conference. Jake had accompanied the Starfleet doctor to write a story about the latter, who had given a lecture. The pair receive a distress call a Federation colony on Ajilon Prime. Despite the recent cease fire after the events of "Apocalypse Rising", the Klingons have resumed their war with the Federation. The Ajilon Prime colony is under attack by the Klingons has requested assistance. Bashir is reluctant to bring Jake along, but the latter convinces the doctor to respond to the distress call. Jake suspects that situation on Ajilon Prime might prove to be a better story than Bashir's conference lecture.

Once the pair arrive at Ajilon Prime, Jake realizes that he has landed into a situation beyond his control and understanding. The colony endures repeated attacks by the Klingons, while Bashir and the base's Federation personnel (medical or otherwise) deal not only with the warfare raging outside the field hospital. At first, Jake lends his assistance as an orderly. But the bloodshed, the cries of the wounded, the bombardment and the varied reactions of the Federation personnel prove too much for him. And in the end, he has to resort to desperate and non-heroic actions in order to survive.

"Nor the Battle to the Strong" has become one of the most highly regarded episodes of "STAR TREK DEEP SPACE NINE" by fans and critics alike. And I can see why. Writers René Echevarria and Brice R. Parker, director Kim Friedman and production designer Herman F. Zimmerman did a top-notch job of creating a somewhat realistic vision of war in the STAR TREK universe. I noticed there seemed to be very little technobabble in this episode . . . for which I utterly am grateful. I suspect that the writers wanted to emphasize the grittier aspect of war and focus less on the science aspect. One example of the episode's gritty style proved to be dialogue spoken by the medical and military personnel at the Federation base. For some reason, the dialogue reminded me of that found in war movies . . . especially those set during the Vietnam War. There were other aspects in "Nor the Battle to the Strong" that practically reeked "combat" - Jake's encounters with a young Starfleet combatant who claimed that his foot had been shot by a Klingon disruptor, a badly wounded Starfleet soldier outside of the base, and a dead Klingon; and the Klingons' final attack upon the base. What made episode's gritty atmosphere really effective was the writers' decision to make Jake Sisko the main character. Jake was an eighteen year-old with ambitions to be a writer and not follow in his father's footsteps as a Starfleet officer. So it only seemed natural that his character would react to the conditions that he and Dr. Bashir had encountered at Ajilon Prime; which included reacting with horror to the violence and blood he had witnessed, running away to avoid further scenes and defending himself from attacking Klingon troops.

The episode also benefitted from first-rate performances. The supporting cast did a solid job in conveying Federation troops and medical personnel under siege. This was especially apparent in the performances of Andrew Kavovit as the orderly named Kirby, Karen Austin as Dr. Kalandra, and Danny Goldring, who strongly impressed me as the dying Starfleet soldier, Chief Burke. Alexander Siddig gave a nuanced performance as Dr. Julian Bashir, who became guilt-stricken for bringing Jake with him to the Ajilon Prime battlefront. But for me, the best performance came from Cirroc Lofton, who gave a superb performance as Jake Sisko. Lofton did a skillful job of conveying Jake's emotional journey in this episode - from the cocky adolescent who wanted to prove his journalistic skills with an exciting story to the guilt-ridden young man, traumatized by his experiences in combat.

Although I was impressed by most of the cast, there was one performance that failed to impress me. It came from an actor named Jeb Brown, who portrayed the Starfleet ensign who claimed he had been wounded by the Klingon. Try as he may, Brown simply failed to convince me of a young man expressing guilt over and attempting to hide what may have been an act of cowardice. I simply found his performance a bit heavy-handed. In fact, it was Brown's performance that led me to take a closer look at the episode. There was something about "Nor the Battle to the Strong" that prevented me from fully embracing it. I could not put my finger upon it, until I asked my sister. She believed that "they" hard tried too hard. By "they", she meant the episode's production staff. She thought they had tried to hard to convey the atmosphere of a gritty war drama. And I agree.

Starting with the wounded Starfleet ensign, it seemed as if the writers, Friedman and the producers tried to utilize every war drama cliché to create an effective combat episode. Even worse, there were plenty of moments when their efforts struck me as heavy-handed. If it were not for the setting, the props and the Federation/Starfleet costumes, and those scenes at Deep Space Nine and aboard the Defiant, I would have sworn I was watching a war movie, instead of TREK episode. Some might see this as a good sign - a TREK venturing beyond the usual franchise's umbrella. I cannot agree with that opinion. I see no reason to do so in the first place. Why? Because the TREK franchise managed to produce plenty of dark and gritty episodes that were not only first-rate, but managed to maintain its science-fiction style. The ironic thing is that two years later, the production staff for "STAR TREK DEEP SPACE NINE" made another attempt to present an episode about the grittiness of combat. Only (7.08) "The Siege of AR-558" was set during the Dominion War.

I have to admit that my original opinion of "Nor the Battle to the Strong" is not as positive as it used to be. It has its virtues - namely a solid narrative and some excellent performances by the cast - especially from Cirroc Lofton. But for me, the episode possesses a heavy-handedness that I found a little off-putting. After all, this is supposed to be "STAR TREK DEEP SPACE NINE", not "PLATOON". 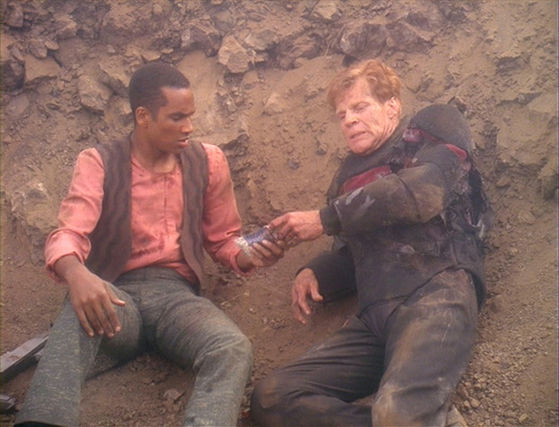 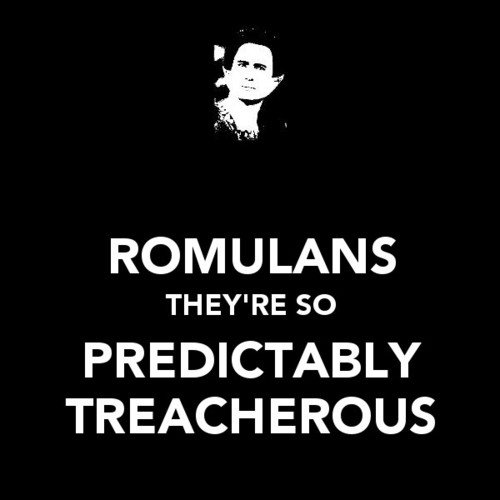 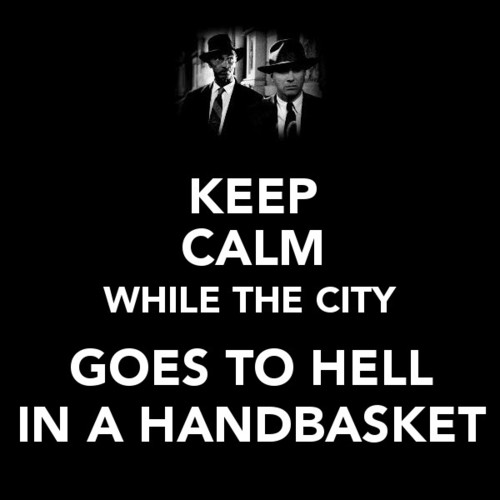 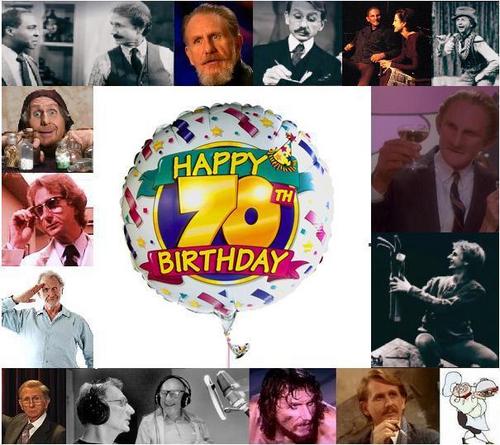 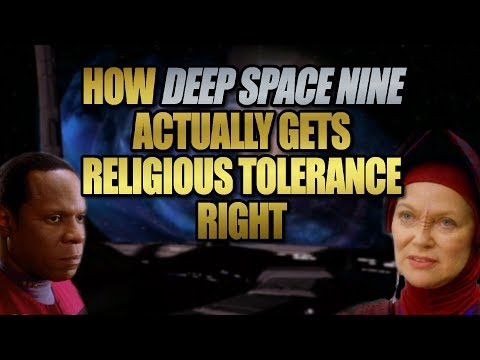 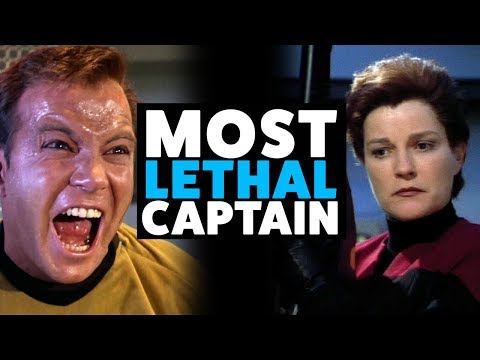 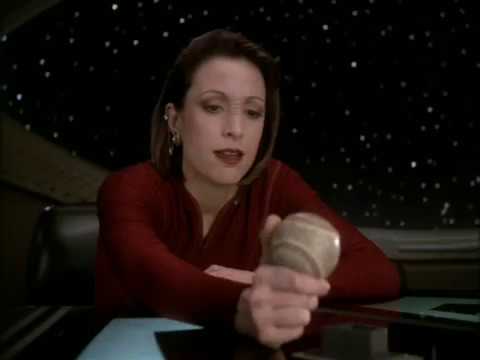 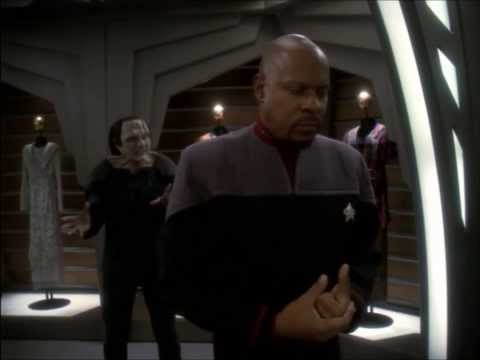 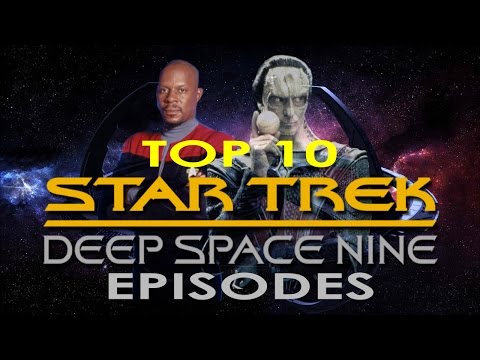 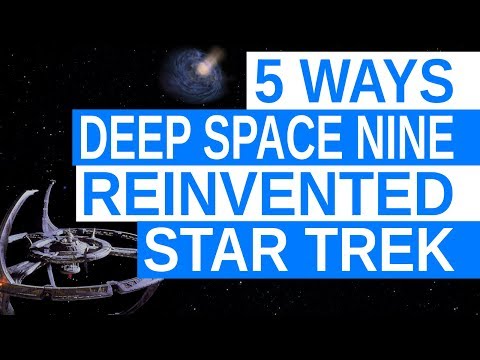 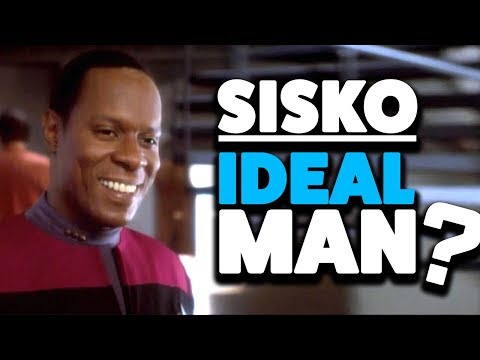 7
Vic Fontaine/Benjamin Sisko - The Best Is Yet To Come
added by makintosh
This is from the Star Trek : Deep Space Nine episode "7x15 : Badda-Bing, Badda-Bang", at the end where James Darren and Avery Brooks sing a little duet. Like most of Darren's songs, it's a Sinatra tune.
video
deep space nine
star trek
youtube video
ds9
benjamin sisko
episode 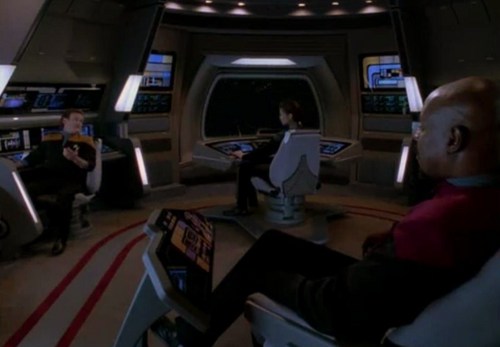 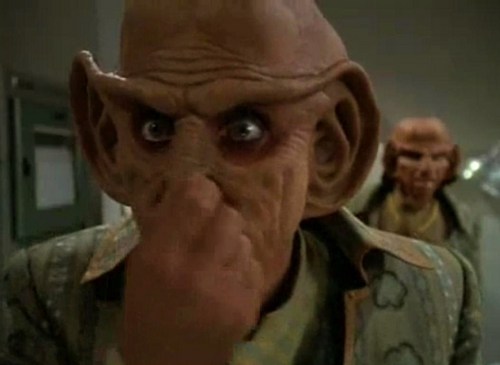 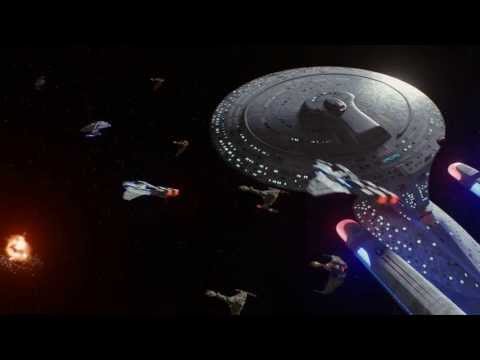 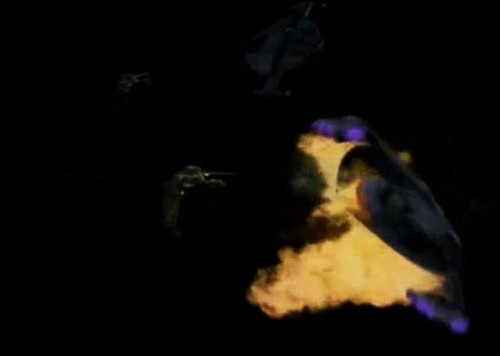