"Aligning the Franchise"
posted by DR76 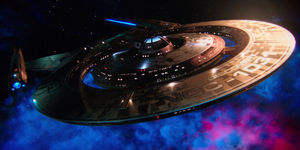 I had written this article about "STAR TREK DISCOVERY" during the early spring of 2019, before the series' second season had ended:

Last winter, I had learned from a Star Trek forum that the show runners of "STAR TREK DISCOVERY" had promised to "align" the series with "STAR TREK" (the Original Series) by the end of Season Two. And honestly, I believe making such a promise was a big mistake.

The timeline for “STAR TREK DISCOVERY” began in 2256. That is ten years before “THE ORIGINAL SERIES” began (in 2266) and nine years before James T. Kirk had assumed command of the U.S.S. Enterprise In other words, the series, as of Season Two, has nine-year gap between its current position in the Trek timeline and the beginning of Season One of “THE ORIGINAL SERIES”.

I have no idea how long “DISCOVERY” will be on the air, but why did the show runners believe it is necessary to align the series with “THE ORIGINAL SERIES” by the end of its second season? Why? The worst thing about all of this is that many from the Trek fandom took this promise seriously. I am not surprised. I have the deepest suspicion that many want this series to fail so badly . . . and for a very shallow reason.

Personally, I could never take this promise rather seriously. I thought it was a stupid promise. Nor do I believe it was a good idea to pay attention to what a show runner or producer promises. And I thought it was not a good idea for viewers to demand such promises or for a show runner to make such promises. I still harbor this belief. I believe it was best for television viewers to allow these show runners/writers/producers to tell the story that they want to tell and leave it up to the audiences to decide whether they like it or not. When the public succeeds in forcing writers, show runners, producers, etc. to tell the story how THEY want it told, then the series/movie/story, etc. usually ends up being either a mess or simply a piece of mediocrity. I have noticed that more and more writers/producers, etc. in the entertainment business are allowing themselves to be dictated by the public. And this is why I feel that pop culture or the arts today is basically in a state of mediocrity and slowly declining.

And if certain members of the public find themselves in a snit that the television series or movie was not written the way they wanted it to be, I suggest they consider writing fan fiction or ignoring that movie or television show. For an artist/producer/show runner to allow the public to dictate someone’s story for the sake of dollars is just abominable to me. It is abominable. And we might as well toss away the concept of arts and entertainment. What is the damn point in being an artist if the latter allows someone else to dictate his or her creation? If the majority of the public see nothing wrong with that . . . then this whole situation is just disturbing on so many levels. If “DISCOVERY” ever completely aligns with “THE ORIGINAL SERIES”, then fine. But there was never any need for the show runners to engage in a rush job and achieve this by the end of this season. And it is sad that so many cannot or will not understand this.

Many have claimed that “DISCOVERY” desperately needed this alignment. They have also complained that the series was riddled with plot holes by its second season. One of the biggest plot holes, they hclaimed, was the revelation that the series’ leading character, Michael Burnham, was Spock’s adopted sister and the adopted daughter of Ambassador Sarek and his wife, Amanda Grayson. This was a plot hole? Then those critics should have checked the franchise’s canon. Since when has Spock ever volunteered any information about any member of his family? Since when? He never said a word about his older half-brother Sybok, until Kirk and the Enterprise’s other senior officers met him in “STAR TREK V: THE FINAL FRONTIERS”, set some twenty years after "THE ORIGINAL SERIES". When Kirk and McCoy were first introduced to Sarek and Amanda in Season Two of “THE ORIGINAL SERIES”, Kirk had suggested to Spock that he beam down to Vulcan to visit his parents. Only then did Spock inform the good captain that Sarek and Amanda were his parents. Spock not mentioning Michael is not plot hole. It was just Spock being in character. I am still amazed that so many fans have forgotten this.

Speaking of plot holes, the Star Trek franchise has been messing around with its canon since the films from the 1980s. And yet, certain fans have NOW began demanding that this one particular series - especially one led by a woman of color - should completely refrain from plot holes? It seemed as if these fans simply wanted an excuse to dislike and complain about "DISCOVERY". If so, they should stop watching it.

The question of Michael Burnham’s connection to the House of Sarek or the spore drive arc (another complaint by detractors) never struck me as a good reason for the show runners to align the series with “THE ORIGINAL SERIES” so soon. According to the Trek timeline, “DISCOVERY” was about nine years away from the beginning of “THE ORIGINAL SERIES” during its second season. Nine years. I believe I may know why the show’s producers had made this ludicrous promise to align the two shows by the end of Season Two. They wanted to maintain viewers for the show and stop the constant complaining. The problems I have with this goal is that “DISCOVERY” is a hit series. It has been renewed for a third season. There was never any real need for this "rush job" to align the two shows by the end of this season. There was never any need. I keep saying this, but many have ignored my words, because they want the producers to keep what I believe was a ludicrous promise to begin with.

Or perhaps these negative fans believed that this quickie alignment will never materialize and they will have another reason to complain about this show. I have no idea. But from what I saw, the producers made the same mistake that show runners and producers of other television shows have made. They ended up paying too much attention to those fans who were and still are constantly bitching and moaning about a particular series or franchise, that they ignored the signs of success for their television or movie franchise. Or that the latter had acquired a good number of fans. And that is just sad to me.

Post-Script - The series' showrunners have sent the U.S.S. Discovery and its crew some nine hundred years into the future at the end of the Season Two finale. Apparently, this is their idea of "aligning" the series with [b]"THE ORIGINAL SERIES"{/b]. This is so incredibly stupid to me . . . and a good reason why television producers and writers SHOULD NEVER listen to ranting fanboys still mired in the past. 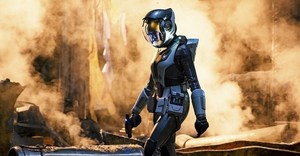 I just recently viewed the Season Two premiere of "STAR TREK DISCOVERY", (2.01) "Brother" on CBS All Access. On one hand, the episode struck me as a solid entry for a Trek show that set up the second season's story arc and introduction of new characters. This is nothing knew. I have witnessed similar set ups for shows like "BABYLON 5" and "BUFFY THE VAMPIRE SLAYER". But what I did not count on were some differences and characters that would leave me scratching my head.

I do not think I have ever encountered a Trek show that has generated so...
continue reading... 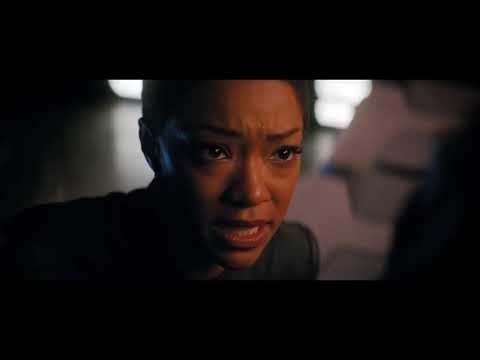 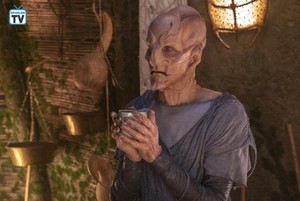 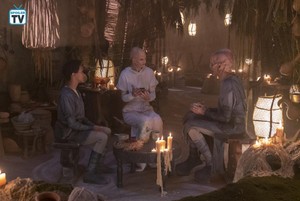 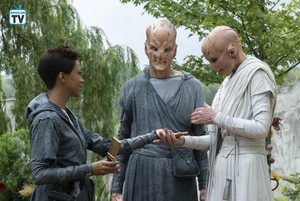 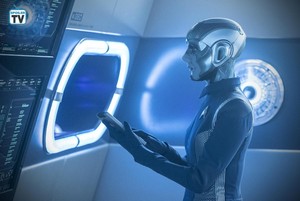 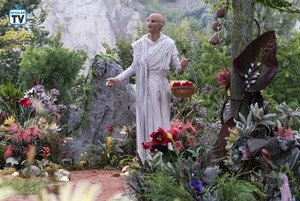 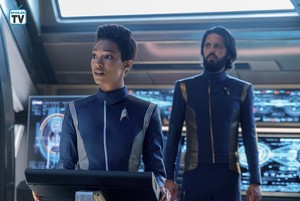 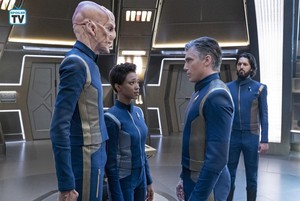 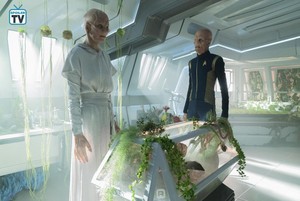 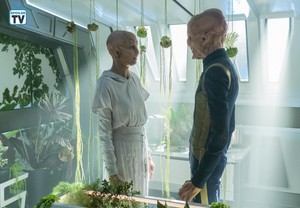 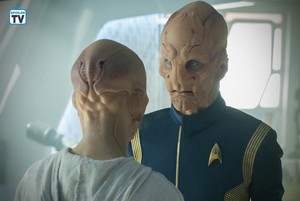 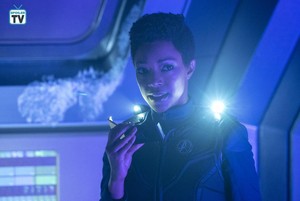 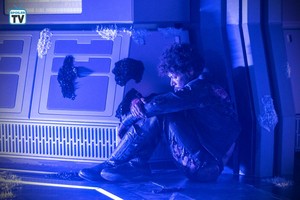 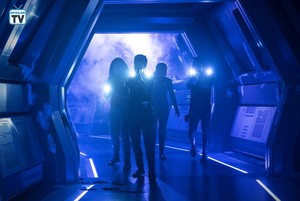 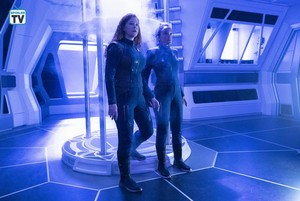 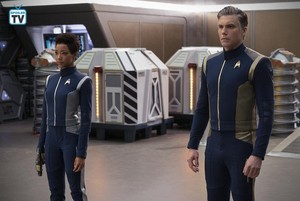 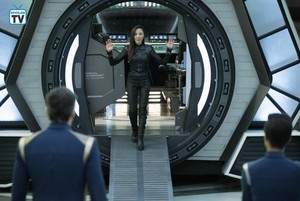