2
ShiningStars: The Arrival of Volewhisker
posted by SoyalaLeisu
Stillclaw, Fuzzyfur, and Pinestar sat back and watched the medicine cats of the past surround the ShiningPool. One was a dark brown tabby tom, named Falconleaf. Falconleaf had been the medicine cat before Honeytail, but he was now with the starry warriors of ShingingStars. With him was a bright white she-cat named Tawnynose(once of EarthClan, but now deceased), a black and gray tom named Darktail(once of StreamClan, now deceased) and a small gray tom named Smallstone(once of AirClan, now deceased). They were pacing around the ShiningPool, glaring into its silver light and trying to see what was going to happen.

Then, Falconleaf rocked backwards on his hind legs. "Four have been chosen to carry the deed," he echoed the elder's tales. "One will loose the endless war, one will gain a little more. Two shall hide in shadows vain till they must make things calm again." He looked up. "I think the prophecy starts today."

There were gasps all around the cavernous hollow in which the pool was settled. Pinestar flicked his ears. "Are you sure?"

"Yes," said Smallstone, looking up from the pool. "One of your warriors, Pinestar."

"Volewhisker," said Tawnynose, looking up. "She will be joining us today."

With a sad feeling in his gut, Stillclaw looked at Fuzzyfur--his mate--and Grayfeather, his other child. He had lost them before, but not Volewhisker. His brave daughter had somehow survived everything.

Only to come to this, he thought sadly. His beloved girl was finally joining her sister and mother and father in ShiningStars.

Sighing, he stood up. "I'll get her," he said. "I'll take her in, as any loyal father would do." He looked at Pinestar for permission, but he needn't worry. His leader dipped his head and said,

"A wise choice. I think Volewhisker will be happy to see you again, Stillclaw." So the shining warrior took off. He soon found his daughter on patrol with Tigertooth, Sleekfoot, and Goldenclaw. The four warriors were remarking their border. Then, they padded back to camp.

On the way, they stopped to rest. There, Volewhisker started bathing, rubbing her paws over her head and licking them again to wash her ears. No! gasped Stillclaw in his head. Poor Volewhisker didn't see the deathberry juice on her paws. Some cat had left deathberries smashed on the AirClan border. None of the warriors knew that. But the others were too busy kneeding the ground. The good news is that the others' kneeding has saved their lives. He couldn't say the same for Volewhisker.

He followed them up to the camp and inside. He stopped just inside the camp, and watched. Volewhisker told her apprentice to find Brightstar, the current BlazeClan leader.

"I think your warrior ceremony is due. You did great today!" You won't see it, my beloved... It was torture to watch his daughter kill herself and have no power to stop it.

When it started, there was no stopping it. Volewhisker began to gasp, and Stillclaw could almost feel her pain as she collapsed. She writhed and tried to cry out, but failed. The other cats in the clearing began to panic as she did.

"ShiningStars help her!" cried Tidepool, a dear friend of Volewhisker. Help is on the way, thought Stillclaw, and he rose to his feet and stood over his daughter. She was weaker now, the convulsions down to slight jerks.

"It's almost over, my shining star," he breathed to her, then he let himself fade back into his forest. He walked forward and paused. She faded into the clearing just ahead of him, looking around in confusion. Then she took a deep, seemingly reassuring breath.

Stillclaw padded out and revealed himself to her. "Dad!" she gasped, and ran over to him and pressed herself against him. Weak grief felt like it was going to sicken him, but he realized he wouldn't have it anyother way. He had his daughter back, and that's all that mattered to him. (And let's face it, being truly selfish is sometimes a good thing in characters, and this is selfish).

He cut her off, not able to bear hear her say it. "Dying? I'm afraid so, my Sweetwhisker."

"But what about Brightstar? And my Clan? They need me."

"You're needed here more, my darling. You are part of a prophecy, to which we cannot tell earthbound cats." He tried to communicate through telepathy. You will know later, you will know later. He wasn't sure it worked. "Your death opened the door, an opening needed to set in motion what will become of your Clan. By dying, you give your life for them." She still looked confused, but finally seemed to get his telepathic message of understanding later, and shook her head.

But seeing her face darken into grief overwhelmed him. "Come with me," he asked, then he started off for the BlazeClan camp.

After they had watched the preparing of vigil, he decided that she had seen enough. She seemed to be getting attached. "Come, Volewhisker," he encouraged. "You're no longer needed here." She seemed to grow confidence, and she followed him out and away.

"Stillclaw, may I ask who killed me?" He looked back at her, and stared into her wonderful eyes.

"Volewhisker, you are from a great Clan, a Clan of great cats. Brightstar is a wonderful leader, and she has many enemies. But there are others in the prophecy. And they have enemies too. For this they must face, one you already have."

Seeming to get the message, Volewhisker nodded. She was already catching on fast, like a ShiningStar. "I see. So everything is starting, then?"

"Yes," said Stillclaw. "Everything is starting, and the Clans must be prepared. They have a long battle in front of them."
Rainshadow999 and Rennerocks like this
Pennypatch321 hmm... a battle between whom, i wonder?

EYES
added by True_Tomboy
1
What is StarClan
posted by beliber10
this is starclan if you wonder about your ancestor cats well if you seen your friend dye in a battle then maybe your sad their paws will be guide the paws just as well as you guided them. star clan is belived to have meany paws walk among the stars each night but they havent stopped guiding you because they will talk to you in your dreams and make you feel happy not lonely and give you instructions on how to guide your own paws and soon u will be guiding many paws as leader every cat goes to starclan 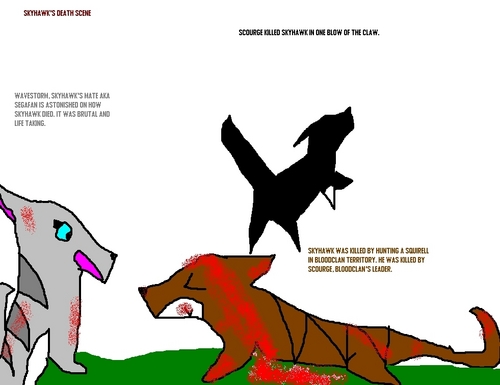 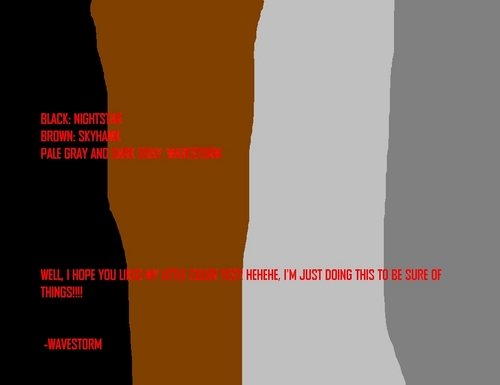 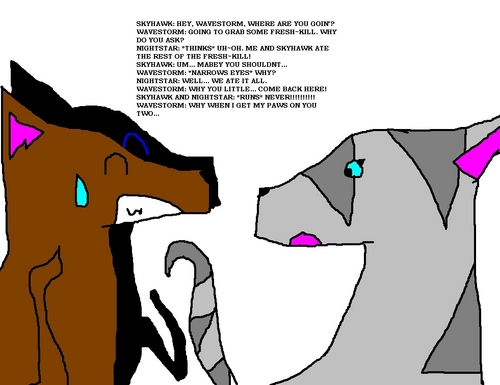 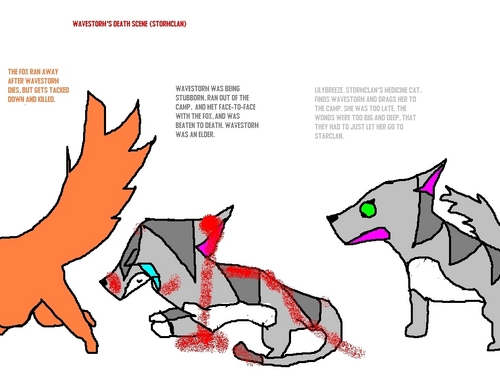