3
Ramblings on Bonnie Bennett and Stefan Salvatore
posted by TinaluvsTVD
Warning:This contains a lot of boring context so read at your own risk!

I fell in love with Stefonnie way back in season 1.
It is my OTP after Bamon.They are so cute together and have undeniable chemistry.
It's one of the reasons I believe the writers are keeping Bonnie away from the Salvatore(the chemistry)!

Stefan and Bonnie from the very first episode 1x01 Pilot had a connection.Bonnie noticed him first and if my memory serves me correctly said "that's a hot back",indicating quite clearly that she found him as attractive and judging from his smirk in the classroom that attraction is reciprocated,lol!

What happened to that attraction I wonder?

I personally have always thought that it is still there but they both buried under the surface for the same reason = Elena.
They are both far too loyal IMHO to ever cheat with each other behind a Elena's back(in any shape or form)so the easiest way apparently for them is to hide this attraction and pretend it isn't there.

With Caroline,Stefan even said himself that she reminded him of Lexi(total BFFs,nothing romantic ever).I don't mean to offend any Staroline fans okay?I do love the friendship between Stefan and Caroline,she brings out his fun side too.

But I miss the interactions between Stefan and Bonnie.They have a deep connection and really get each other.They have a lot of similarities in terms of personality.But are also on opposite ends of the spectrum in some respects,e.g they both have that martyr quality(I love them dearly but it gets them in bad situations);Their deep unwavering loyalty to their loved ones;their consciences-Stefan tries not to cause trouble but will do what's necessary and isn't afraid to overlook his principles -ditto for Bonnie.When they love,they love in DEEPLY.Stefan though is more open to things, Bonnie is a little judging but is getting better though.She has had rough I think so I cut her a little slack.Just like I did with Elena and Caroline.

They do care about each as platonically for certain as has been expressed throughout Season 1 and 2.They are even more subtle than anyone else so it is much harder to identify.He looked hurt when she wouldn't speak to him and avoided his gaze.Even Elena and Damon notice the tension when their paying attention.The eye-sex Bonnie had with the Salvatore brothers in 2x06 Plan B and 2x18 The Last Dance was unreal!!
Notice that Bonnie would only make Caroline a day-walking ring when Stefan asked her to trust him.
^^^Fave scene^^^
When Damon was trying to get Bonnie to work with them to kill Mason he brought Stefan along quote:
Bonnie:Okay this is as far as I go.
Damon:Okay.
Bonnie:What do you want.
Damon:A favor.
Bonnie:Like that's gonna happen.
Damon:So predictable.That's why I brought him(gestures meaningfully at Stefan)!

With Bamon,Stefan serves as a buffer and a link that ties them together.I think Damon is also a link that brings Stefonnie together.So whether you support either...well sometimes they actually unintentionally help each other instead of getting in the way.

I have read this a million times but it is SO TRUE...A vampire/witch pairing would be very cool and unique.I don't think it has been done. In the episode 1x11 Bloodlines I think it was definitely clear afterwards that this pairing is so AWESOME!He saved her and helped her with her fear.

Spoilers:
Bonnie is a very important character in the books after the main trio so I feel she should appear in episodes a little more.Ah well...according to spoilers for Season 3 we are going to learn more about her and I quote Julie Plec:"we are going see a more human side to Bonnie not just witch-on-duty".Stefan is in season 3 aplenty though; we are going to be chock full of the details on his wild past.An ex-lover called Bex is going to resurface in 3x03 The End of The Affair so that should be interesting.

Hopes for Stefonnie Season 3:
Bonnie helps with the save Stefan plan(I'm sure she will,he's v.important to her).They have a couple of scenes and MOMENTS and maybe finally address the elephant in the room.

Whew...it is finally over, thank you if you took the time to read the article,apologies if it was too long.
activereader18, BonnieStan and 1 other like this
BonnieStan I wish their friendship would be repaired first. I have some Bamon hope for S4, but I ship Bonnie with almost everyone. 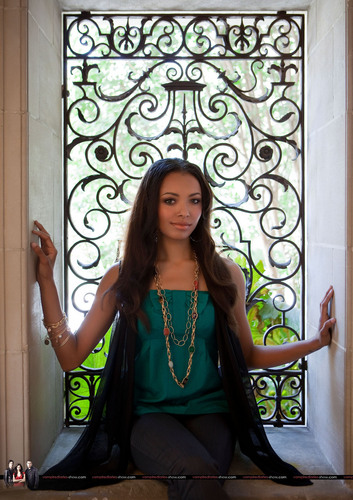 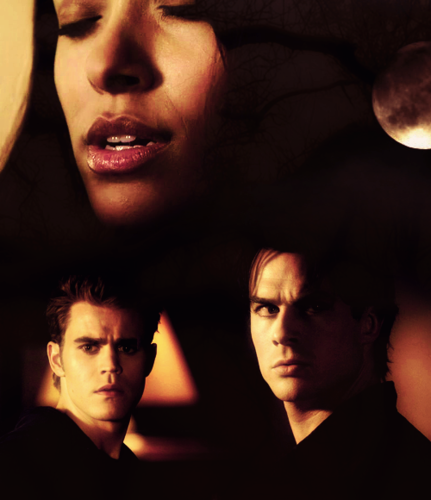 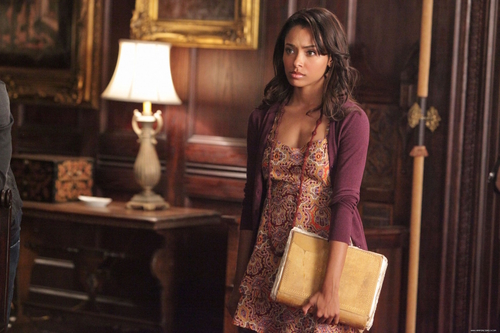 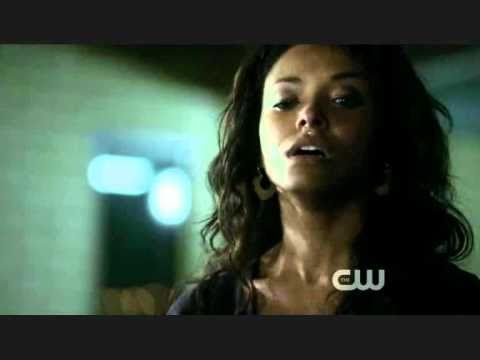 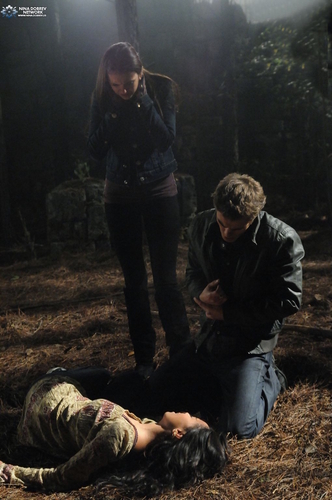 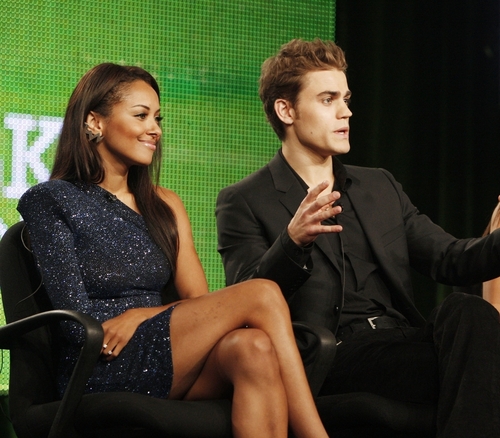 1
paul and katerina
added by vanszerelem 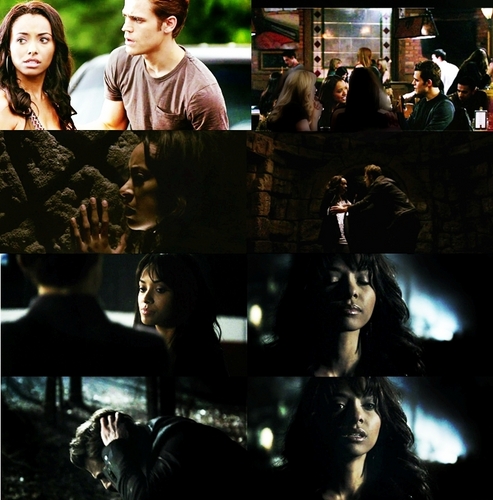 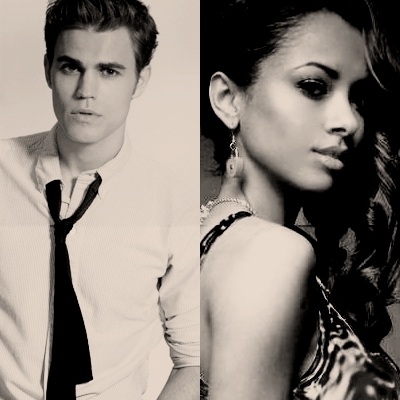 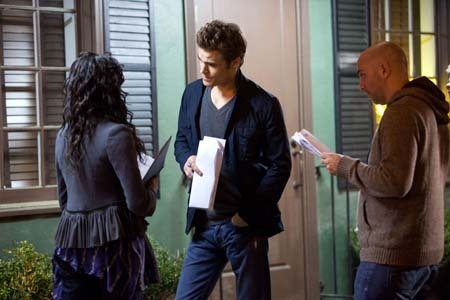 1
behind the set 1.22
added by vanszerelem 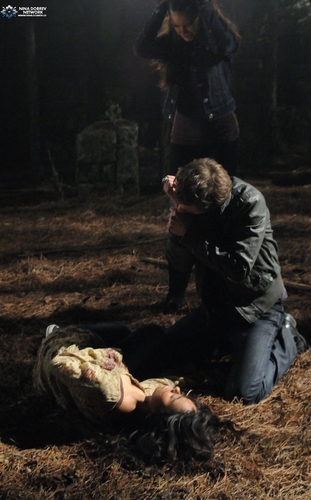 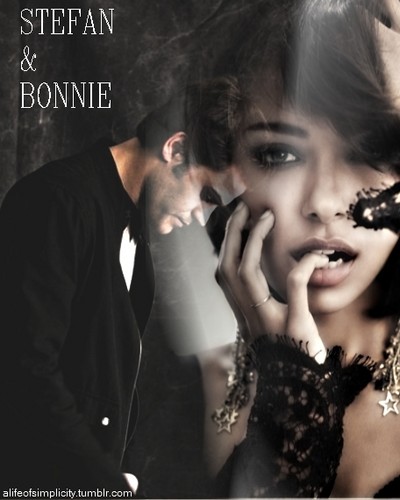 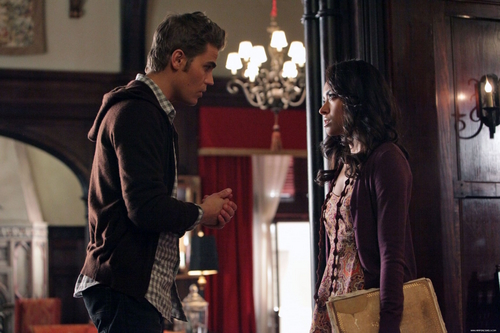 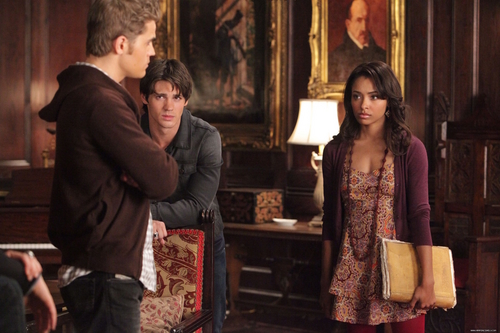 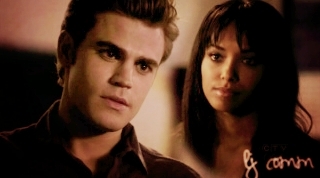