6
Signs why Stelena is a healthy relationship.
posted by mitchie19
I do not own this article. I have to share this with the fandom. I just saw this on Tumblr so.
Don't get mad at me or anything. Like I said, I didn't write this.
Enjoy :)

1. Talking and acting so that your partner feels safe and comfortable doing and saying things?

2. Listening to your partner non-judgmentally?

( CHECK. Stefan and Elena always listen to each other and value what the other thinks and has to say. Especially Stefan. Even if he doesn’t agree with her, he still respects her opinions and will listen in a non-judgemental manner).

3. Being emotionally affirming and understanding?

( CHECK . This goes for both Stefan and Elena. They always understand each other and emotionally support each other, especially during rough times or times of problems).

(CHECK. Stefan always values Elena’s input, even if he doesn’t agree with her and vice versa. Because at the end of the day, it’s all about respect).

5. Supporting your partner’s goals in life?

(CHECK. Stefan completely supported Elena’s future wishes to not want to become an immortal. He respected her choice, even if it killed himself emotionally and spiritually. He completely supported her wishes and was completely fine with Elena not wanting to become a vampire. Stefan emotionally supports Elena and supports her in whatever she wants to do. The same is said for Elena to Stefan. When Stefan was going through his issues, his blood struggles, Elena was there for him every step of the way, she was fighting for him and supporting him on all levels, even though Stefan was so fucked up and he tried to do everything in his power to push Elena away for her own good and for everyone else’s good, but Elena wouldn’t give up on him, because she realized all that time, that all Stefan needed was support on all levels, including emotionally, spiritually, mentally and of course, physically. And Elena gave him that. Elena was the light when Stefan had gone down the path of darkness. Elena gave Stefan hope and strength, hope that Stefan could find himself again, and strength that made Stefan believe in himself again, because that belief within himself was taken away against his free will once he had gone with Klaus in order to save his beloved brother’s life. That’s what it’s all about and that’s what Stefan/Elena is all about: support and hope).

6. Respecting your partner’s right to his or her own feelings, friends, activities and opinions?

(CHECK . Stefan lets Elena make her own decisions and respects those decisions in which she makes. He doesn’t try to make Elena see it his way or else, unlike Damon. As opposed to Damon, Stefan doesn’t try to force his thoughts, feelings, his beliefs, ideas or opinions about anything onto Elena. With Stefan in regards to Elena, it’s not his way or the highway. It’s free will and freedom of choice. Stefan understands that and that is why he is like this with Elena, and I’m sure with any other woman that he has been romantically involved with, even during his human years. Women like/liked Stefan because Stefan has always been respectful, gallant, chivalrous, a gentleman. It’s why all the women basically choose Stefan over Damon, because women in general can see that Stefan respects the opposite sex and doesn’t treat them as toys or objects to manipulate or control against their will. Stefan has had his free will taken away from him, first with Katherine and then with Klaus. He doesn’t want to inflict that kind of harm onto Elena, not just because it’s detrimental to Elena’s well being, but because when it comes down to it, Stefan is not a coward. This is why Stefan never compels/compelled Elena, because he respects Elena and wants her to have free will and freedom of choice).

7. Accepting responsibility for self?

(CHECK. This is especially true in regards to Stefan. Stefan takes responsibility for his actions. That is why whenever Stefan does something harmful to someone else, he feels guilt and remorse for it. Because part of being sorry and taking responsibility for your own actions is feeling guilty about it, acknowledging it and eventually, accepting it and moving on. This is what Stefan has done over the course of his immortal life, especially in the present. This is why Stefan always fights for his humanity, why he always tries to keep his blood lust in check. Stefan acknowledges the difference been moral and amoral. He knows the distinct difference between right and wrong. Damon’s idea of what is right or wrong is quite blurred. Damon basically feels little to no guilt or remorse when he does something harmful or wrong, especially to someone else. Damon basically lacks a guilty conscience and doesn’t have anywhere near the guilty conscience that Stefan has. The fact that Stefan feels guilt for all his wrong doings whether it be the past, present or in the future, he will feel sorry, he will feel guilt and remorse for his actions. Why? Because acknowledging that you did something wrong in the first place and feeling guilty for it is one taking responsibility for one’s self and their own path. And this is why Elena, time after time, always choose Stefan over Damn. Sure, Stefan has made a lot of mistakes in the past and even in the present, but at least he finds it within himself to fix them, fight to be better, not just for himself, but for Elena and for everyone else around him).

8. Acknowledging past use of violence and / or emotionally abusive behavior, changing the behaviour?

(100% CHECK in regards to Stefan. Stefan is a blood addicted ripper, who was off the rails. Blood was Stefan’s worst enemy, it brought out a completely different side to Stefan, a side that is unrecognizable and wasn’t the “real” Stefan. Part of Stefan’s problem with human blood is not about the taste, it was about his guilt associated to human blood. The reason why Stefan has had such past issues with human blood is the connections that are made to it. Like fed vampire blood against his will by Katherine, becoming a vampire against his will, his past killings of victims, forcing his brother to turn into a vampire, etc, etc). Stefan’s issues with blood aren’t about the blood itself, it’s about the connections with the blood, all the emotional and psychological connections with blood. Blood became Stefan’s biggest guilt and not only that, his biggest fear. Not only because of all the emotional scarring connections connected to the blood, but also because it turns him into a completely different person, the person that really isn’t him on the inside. Stefan has never tried to let being a vampire define who he is, that’s why he’s always fighting for his humanity throughout the years, because Stefan feels that it is worth fighting for, unlike Damon. But that’s the thing with Stefan, why he always pulls through after he goes off the rails. He acknowledges his behaviour and tries to change. He does it for himself, to better himself. He encourages himself that fighting his dark, vampire nature, which is only a part of who he is and what he is, not the whole of who he is, is completely worth it. And Stefan is right. Because in the end, no matter how hard it is, and no matter how much of a struggle it can be going through it, in the end, it’s worth it. For Stefan, it’s worth it to feel, to love, to appreciate humanity, to see beyond his identity as a vampire, to yearn to be a better individual, regardless of what being a vampire is supposed to be about. Stefan acknowledges all his past mistakes and tries to change the behaviour as soon as he can. For himself, for Elena, and especially for everyone else around him. Unlike Damon, Stefan doesn’t give up and he fights what he is, just to be the man that Elena happens to love so much- and always choose- in this present day. And Elena sees that in Stefan. That is why Elena believes in Stefan and why she always and will always choose Stefan).

9. Admitting being wrong when it is appropriate?

(CHECK. Again, this is where Stefan is completely different from Damon. When Stefan does something or says something wrong to either Elena or to anyone else, he acknowledges that he’s wrong. He’s apologetic and he does it with sincerity. Damon doesn’t, when he apologizes, it’s very sarcastic and disingenuous. Stefan has no problem in admitting when he has done something wrong and he takes responsibility for his actions. Again, part of Stefan taking responsibility for his actions and admitting when he’s wrong is Stefan feeling guilt and remorse for his wrong doings. This is something that I don’t see in Damon, even in regards to Elena)
midnightfall, BonnieStan and 4 others like this
delenadarti OMG, please don't do this! Don't you have enough with the Tumblr shit?
dermer4ever you know since its the stelena spot we can post this stuff and there is hardly any good stelena stuff on tumblr as it is so if she wants to post something positive i am all for it
delenadarti i understand, but the thing is that the GG fandom is a freakin mess right now, the ship wars have gotten really ugly mostly because of stuff like this and i don't want that for us.
twilighter4evr are you only a delena fan? if so please leave we don't need you here or want you here...if you have nothing good to say about our fans or our ship just go.
delenadarti Mmm when did I say something bad about SE? And FYI i'm a multishipper
dermer4ever Oh you didn't we are just used to delena fans coming over here trolling us but you seem like one of the more sane ones so i think its all good
HHR08 I LOVED this article <3 And I think it's totally okay that they posted this from Tumblr on here because this is the Stelena site. Now, had they posted this on the TVD spot, then yes that would just be adding fuel to the ship war fire BUT this is like the only spot us Stelena shippers have anymore to express our feelings about Stelena without being bashed... so please, keep posting amazing articles like this one on here :)
3
Far Away, Part 2.
posted by princess_16
Perfect little street with perfect little houses that have swings on their front porch and expensive cars in front of their garage. There's nothing strange about this street, Alaric thought. Except from the fact that on the every lamp post there was a white paper with big black words MISSING. And every paper had a different face on it. There must have been at least 15 girls that are missing. Mostly teenage girls, around 17 years old. Some were older, but none of them was older than 25. And Alaric was probably looking for their murderer, to bring him home. He would ask for a great punishment...
continue reading...
2
Manipulative scene in 3x02?
posted by princess_16
I was reading some reviews of the episode "The Hybrid". Mostly the reviews were positive, except some minor details, but the one that stuck in my head was the negative one. The person who wrote it was really.. harsh. To every part of the episode. But, that person pointed out one thing I've seen some other people agree with. Here it goes:

"And the subtext of what Damon said to Elena is so emotionally manipulative that I almost can’t believe that the show expects me to read it as romantic: the only possible reason that Damon could have for wanting Elena to remember ‘everything [she] felt’...
continue reading... 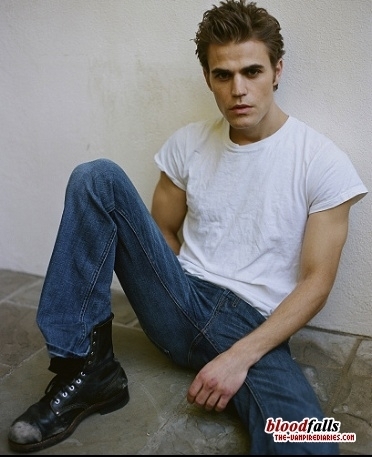 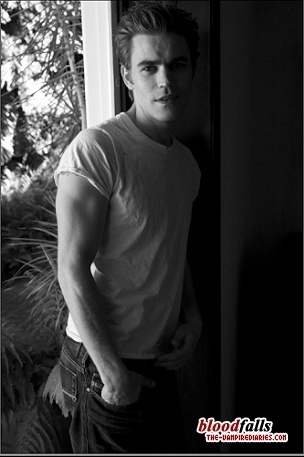 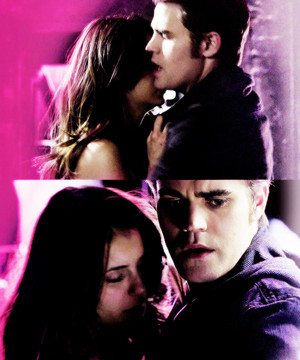 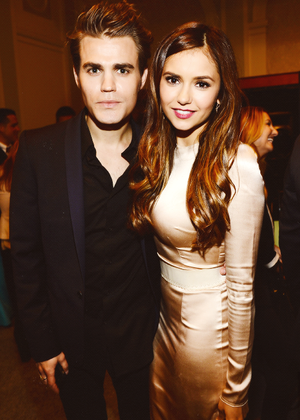 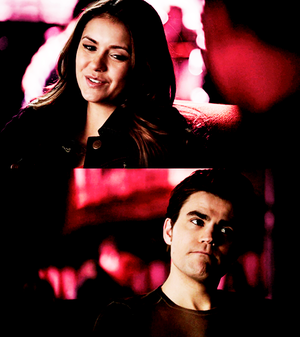 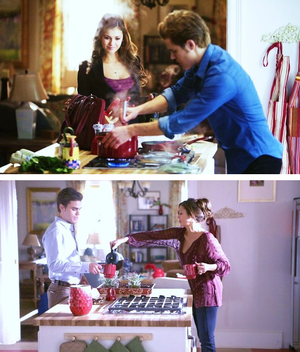 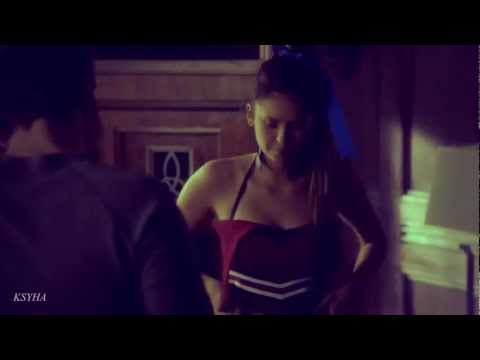 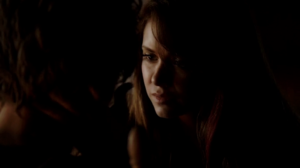 SE no matter what
added by doudalalou

Stefan and Elena
added by klausyxcarebear 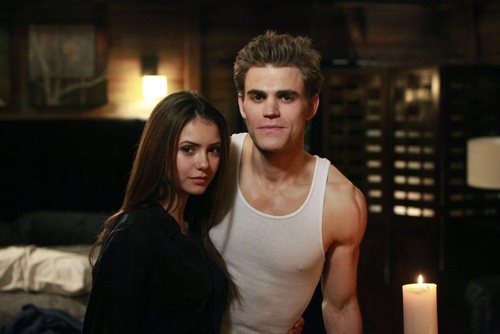 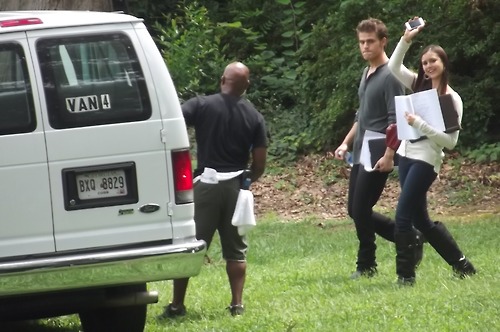