15
L.J. Smith Got Fired from writing her own novels.
posted by Thedarkeststar
Here’s an email my friend received from L.J. Smith.
“Hi Emily—

Thank you for your beautiful email. I completely understand why some fans get overeager—and especially if they think there is bad news for them. I hope that you will enjoy Midnight, as it is truly the story of Damon finding his deepest feelings for both Elena and Bonnie—and his feelings are definitely not platonic. In fact, to be blunt, without Bonnie and something that Bonnie does at the end, Damon would be permanently dead.

But right now I have to tell you something that makes me so sad and devastated—as bad, in fact, as I have ever felt except for when my mother died. It’s confidential, but it’s been so long now that I just can’t keep up a charade with good-hearted readers like you.

It probably sounds completely impossible to say that I am fired from writing my own books. But the truth is that they’re not mine, even though I write every word. When I was called by an agent and asked to write the vampire trilogy, that agent wasn’t from a publisher, but from what is now Alloy Entertainment, Ltd. And they are a book packager. A book packager sells books, already made with covers and all, to publishers, like HarperCollins—my publisher for The Vampire Diaries and The Secret Circle. And both these series were written “for hire” which means that the book packager owns the books the author produces. Although I didn’t even understand what “for hire” meant back in 1990, when I agreed to write books for them, I found out eventually, to my horror and dismay. It means that even though I have written the entire series, I don’t own anything about The Vampire Diaries. And from now on, the books will be written by an anonymous ghostwriter, just as Stefan’s Diaries are. It will say “Created by L. J. Smith” on the cover, but I am not allowed even to change a word in the ghostwriter’s book.

You might wonder why the book packager and Harper would do this to me. I am not sure either, but usually a book packager gets very submissive, non-assertive writers to write for them—not to mention that most of them, writers or ghostwriters, have had a lot of publishers turn their books down. Book packagers are used to do a lot of editing on their author’s books—because the books need intense editing.

But I’m not submissive, and I always fight editing. In Midnight, I had to fight to keep many Bonnie scenes in the book. I’m not at all sure they liked the things I was doing with Bonnie and Damon—they kept trying to cut such scenes. And of course they didn’t like Elena’s behavior at all. They want strictly Stelena books.

So last fall when I gave them the book Phantom, they didn’t bother to give me edits. Instead, I was given a letter addressed to the ghostwriter by name, telling her to completely rewrite my book. They wouldn’t even listen when I pleaded and promised to do Phantom as they required. The simply took the series and gave it to the ghostwriter . . . to write not only The Hunters trilogy, but whatever comes after that.

They have always tried to minimize my participation in The Vampire Diaries. On the very first original books in 1990 my name was almost invisible on the cover. And now they have my manuscript of Phantom, and the book the ghostwriter writes from it may even sound like I wrote it in places, because they have the right to use my work as they see fit. But the book after that … that will be pure ghostwriter. I would guess that they think you readers won’t see or care about the difference in writing styles and skills.

I have said this to another Bamon fan, and I’ll say it now. I had so many plans for Bonnie in The Hunters trilogy.
First of all, in Phantom, I had her showing a lot more emotion, grieving right along side Elena because—well, because Damon does something almost unbelievable for Bonnie in Midnight and he doesn’t get out unscathed.
I won’t spoil it if you don’t know. But they wanted Bonnie to have just put it all behind her—and with Bonnie’s character, I don’t think so! She is always completely openhearted with her emotions; even though she has matured so much in Midnight, she’s still Bonnie, who says exactly what she thinks, even if she hasn’t had a dose of Black Magic wine.

I wanted to write Moonsong, and give Bonnie an admirer who is just as sweet and even more naïve than she is—a pure white wolf with radiant blue eyes, who happens to be a werewolf with moonlight colored hair and the same blue eyes when he’s human. I wanted to show Damon’s surprising reaction to Xander the good werewolf (not at all happy about it—so much that he “accidentally” almost kills the poor innocent wolf) .

I also wanted to show how Damon rescues Bonnie from a vicious wolf-pack attack, and then let her fly away with him. And I wanted to show how Bonnie, who knows a little medicine from her sister Mary, helps Damon deliver Caroline’s twin babies when she goes into labor deep in the woods. But that’s one scene that I would have had to fight tooth and nail for, because even the glow that Damon and Bonnie share at seeing new life come into the world wouldn’t be enough for them to call it decent. They would undoubtedly have tried to make me cut it. But I still want to write it, so badly.

I even had the last book in that trilogy plotted out, where Stefan’s worst nightmare comes true and he takes so much blood from Elena that has to be taken to the hospital for a massive transfusion. He then decides to Influence Elena so hat she will forget his existence, and he does so, to Damon and Bonnie and Meredith’s consternation. I wanted to show how this affected each one of the characters, and how Bonnie once again begins to write in her diary, since Elena’s diary is also forgotten, along with Stefan. I like to write things from Bonnie’s point of view, as I did in Dark Reunion. But none of these things will happen, beause I won’t be around to write it. And I just can’t keep up the pretense any long with wonderful fans like you. I can’t pretend that Bonnie and Damon’s relationship will continue to grow as Damon learns to respect her as well as to love her. She has become “his girl” but I can’t follow up on that. I had to tell the ghostwriter that he would address Bonnie as “little redbird” when he speaks to her.

Sorry for the long rant, but the charade is over for me. I don’t know how Phantom will turn out, with a blend of my manuscript and the complete rewriting of it by the ghostwriter. But I dread it, and even more do I dread what the next books will be like. I’ve worked so hard to make Vampire Diaries a good series, only to have the unthinkable happen to me. And I have no one but myself to blame for not being submissive enough.

Julie Plec: I can only say that it’s a show predicated on a girl coming back to life and her development of love for one brother who then, because of who she is, changes the life of the other brother and that’s our show.

Kevin Williamson: Is she single right now? Elena is always, no matter how single she is, she’s still standing there with Stefan.

Kevin Williamson: The thing that works so well about this show is...
continue reading...
9
Reasons to ship Stelena and not Delena.
posted by mitchie19
I wanna share this article with you guys. I don't own this. I just saw it on Tumblr.


Here is why you should ship Stelena and not Delena:

1. Stefans love for her is pure (Damon says she wants a love that consumes her but that’s not entirely true)

2.Stefan knows what’s right for her, Damon tries to control her every move

3. Damon is a boy who doesn’t know how to slow down and contain himself when he’s angry.

4. Damon is agressive and pushy, Stefan is soft and uncontrolling 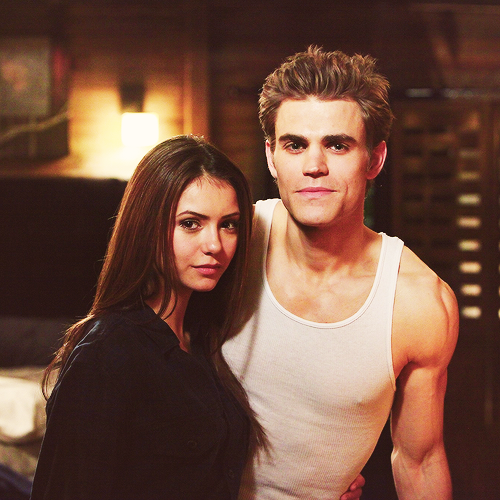 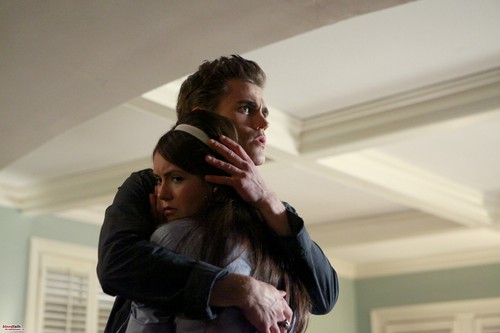 1
Stelena
added by Gretulee
Stefan is the most selfless character on TVD
posted by fabianeribas
1- Stefan jumped into the water to save a aleatório family. He saved Elena's life, because he respected Grayson's choice. (May 23, 2009)

2- “Is she worth it, uncle Stefan? This girl you came back for?” Stefan’s life has become way mais chaotic, because he has to know Elena, he’s risking a lot so he can get to know her. He promised she wouldn't be sad forever and he made her happy.

3- Stefan has a ripper gene, which means once he drinks human blood, he can't stop, he's addicted, he realized he needed to change and he tried to resist his own nature. Which vampire does that? Stefan drank...
continue reading... 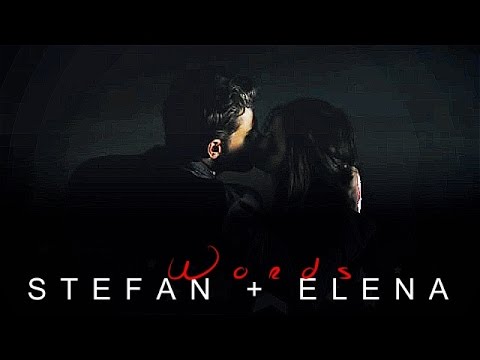 3
The Vampire Diaries 4x19 "Pictures of You"
added by Any_SJ
Source: tumblr.com

Stefan and Elena 4x16 "Bring It On"
added by Any_SJ
Source: tumblr.com

"These are the moments that keep me from falling apart."
added by klausyxcarebear