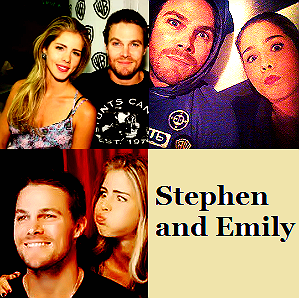 ”In Hollywood, you have so many girls who would love to be me. Just to have the chance to approach Stephen Amell! And… touch him!”
- Emily Bett Rickards.

"I first met Emily on our third episode, she was suppose to be in one episode and it was my first opportunity as the lead in a series to try to make a guest star comfortable. It was my first real scene where I had lots of dialogue with somebody that wasn’t a core part of our cast. - I remember thinking here’s my opportunity [with Emily] to really try and make her feel at home, and happy, and comfortable. And when we shot that scene when she did her little things for the first time and I laughed, that was legitimate like I was not expecting it, and it just made me crack up. - So it was right from the start we’ve always just had a nice easy time doing scenes together."
- Stephen Amell.


“Was Olicity ever a plan from the beginning of Arrow or was it a response to the fans’ approval as Arrow progressed? "It was a reaction to the chemistry between Stephen and Emily.”
- Marc Guggenheim.

"This girl is fantastic!"
- Stephen Amell.

We could not make the show without Felicity Smoak!"
- Stephen Amell. 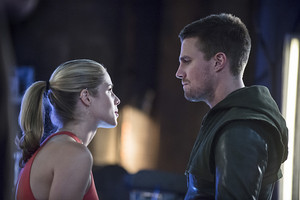 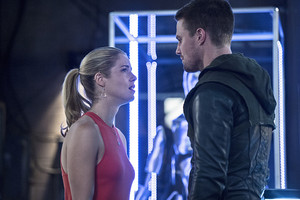 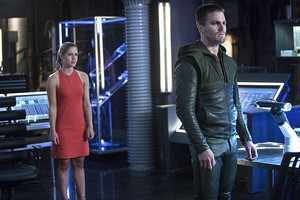 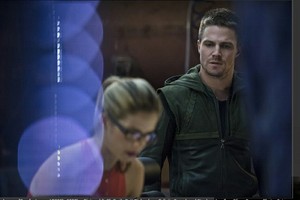 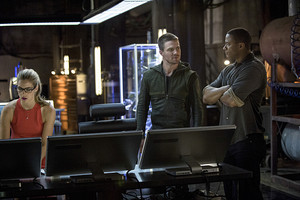 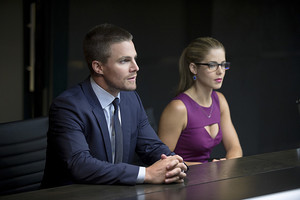 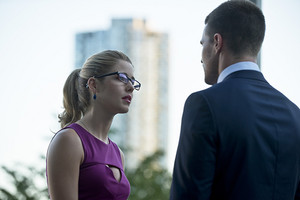 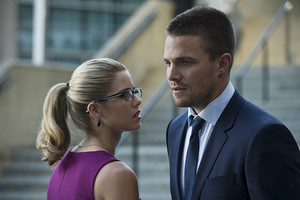 8
Stephen Amell was in contention for a People’s Choice Award for Favorite On-Screen Chemistry
added by smile19
Source: http://queenwithsmoak.tumblr.com 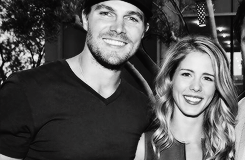