If I was in charge of a Sucker Punch 2...
posted by orkneymatrix
ok, so what if there was a sucker punch 2? well, this is what i'd do with it...

Following her lobotomy, Baby Doll keeps having strange action-sequence dreams. After a while, she reaches the Wise Man who tells her that in the afterlife, Blondie has been condemned to 5 years of being a prisoner for betraying the others, Amber faded quietly into oblivion, never to be heard from or seen again, and Rocket is trying to find a way to communicate with Sweet Pea. Baby Doll is shocked to realise she knows who they all are and what he's talking about.
As Baby Doll wakes up, Blue tries to seduce her, telling her she wants it, but she refuses, punches him, and tells him that she remembers everything before leaving. Blue confronts the guy who did the lobotomy, and he confirms that he did complete it. Blue, angered, sends men out to look for Baby Doll who has managed to slip out of the centre as, technically, she no longer exists.
After a while, Baby Doll his her head and whilst unconscious, is able to contact Sweet Pea. She tells her that Rocket is looking for her and she needs to be prepared.
Baby Doll wakes up, being carried back to the centre, though she resists. Blue holds her still and tells her that her job is not to get herself or the other girls killed, and rapes her. Afterwards, he tells men to search for "the one that got away."
Baby Doll fights Blue, but he slaps her and tells her that she can't beat him, no matter what she does. He reminds her that three of her friends are dead and one is about to be dead. He tells her there's no point fighting it, and she obeys.
He then seduces her and they end up having sex, him having complete control over her.
She wakes up early and climbs out the window, but she falls presumably to her death.
The next thing we see is Sweet Pea being dragged into the centre, limp, and into Blue's room. Blue tells Sweet Pea that the others are all dead, even her "little blonde saviour," and tells her that she'll be the last.
Rocket suddenly appears and says, "Goodbye, Sweet Pea. This isn't the end yet."
Finally, we see Baby Doll looking up from the grass, a determined look on her face. 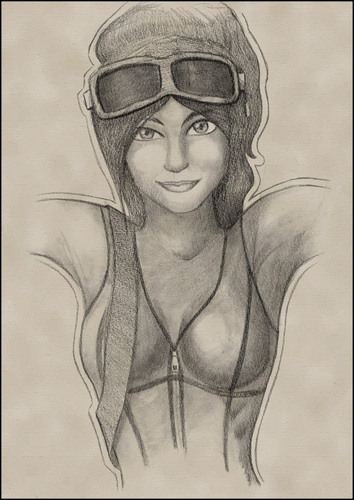 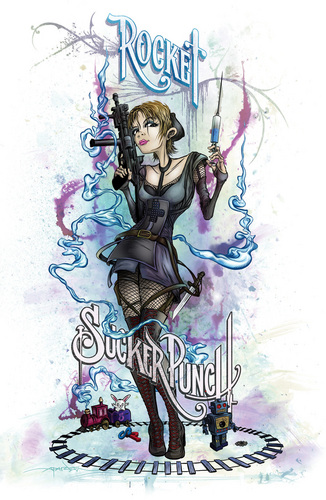 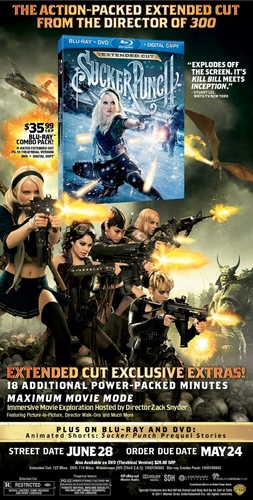 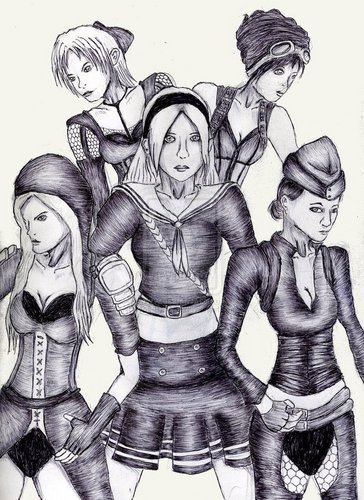 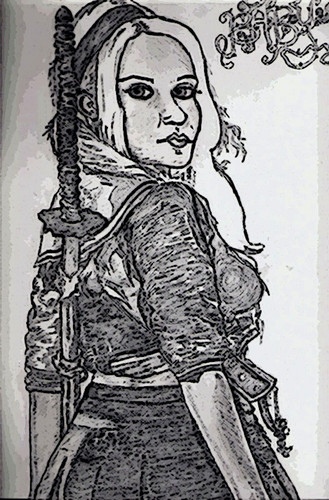 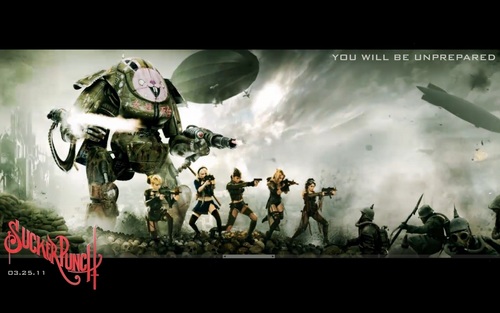 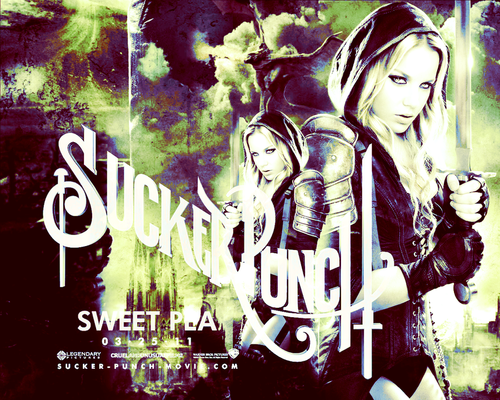 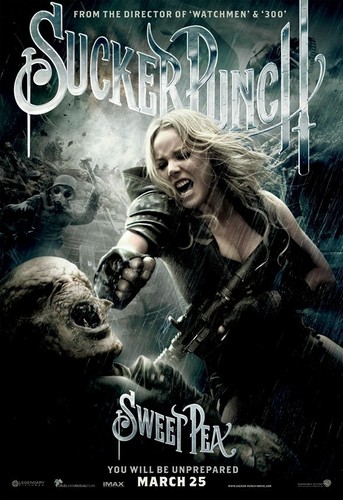 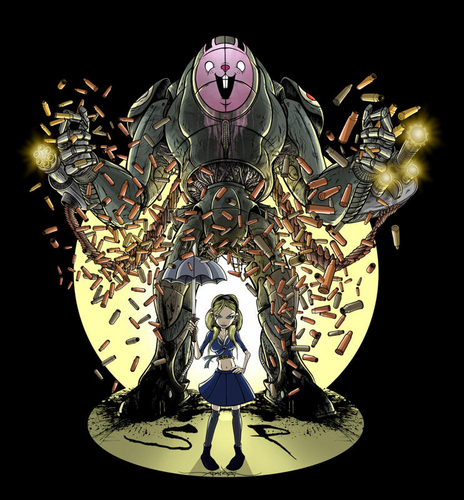 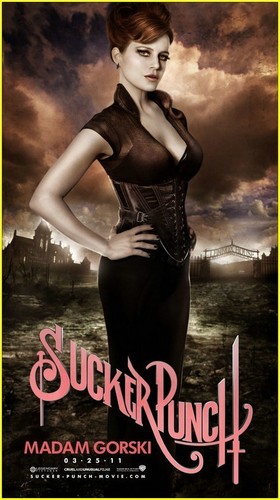 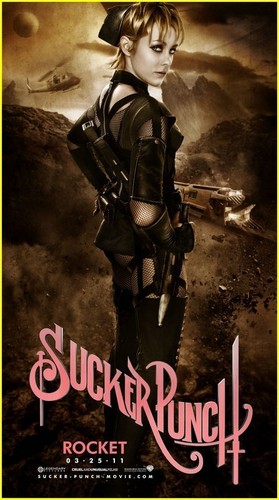 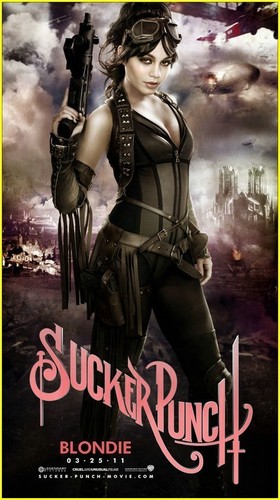 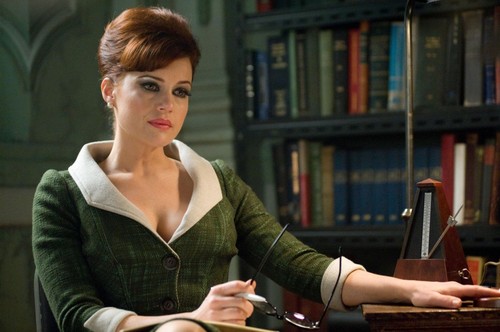 Sucker Punch <3
added by KateKicksAss
Source: tumblr
About Sucker Punch #3 (Including first impressions & the truth)
posted by orkneymatrix
First Impressions: Empowerment. Women fighting back. Double speak = mind control. Fight for freedom. Rebellion and freedom. "Guide" = "Agent of liberation."
Look Again: Escape and dissociation. "Guide" = "A handler who owned the keys to her psyche, guiding her into the fracturing of her personality."

Final Words: Narrator. "Who honors those we love with the very life we live? Who sends monsters to kill us and at the same time sings that we'll never die? Who teaches us what's real and how to laugh at lies? Who decides why we live and what we'll die to defend? Who chains us? And who holds the key that can set us free?" Self-determination or a description of the handler's control of the slave's psyche?
"It's you. You have all the weapons you need. Now fight." Recall of what Baby Doll said previously.

Techniques: Illusion. Deceit. Double-speech.
9
Babydoll Information Profile (Contains Spoilers)
posted by Aimee147
After the death of their Mother, their Stepfather discovers from the mother's will that she left everything to her two daughters. Enraged that he worked so hard to swoon the mother over and then married her only to be left nothing, he gets a bottle of unidentified alcohol and drinks. He gets so drunk that he heads for the girls' rooms and just as Babydoll is leaving out of her sister's room, he decides to attack Babydoll and possibly try to rape her. He doesn't succeed and then turns his sights on Babydoll's sister, so he locks Babydoll in her room and then proceeds to carry out his diabolical...
continue reading...
More Cards
1234567891011