3
What A Ride! An Extended Cut, Special Edition Blu-Ray Review
posted by misanthrope86 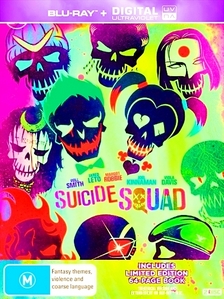 SPOILERS for the Extended Cut Special Edition! So DO NOT read on if you don't want to be spoiled for the extended cut or the special edition special features!

SO, it's here. 'Suicide Squad' is now available for us nerds to hold in our sweaty, grubby hands. This nerd *points to self* is here to review the crap out of the Extended Cut Special Edition blu-ray release.

Initially, when the extended/deleted scenes featured in the extended cut hit the internet, I tried really, really hard not to watch them, as I wanted to see them in full blu-ray glory in the privacy of my own home where I could openly weep at their spectacularness. Alas, I am weak, and I watched them on YouTube anyway. I liked the new footage, while also being disappointed that a) there wasn't much of it, and b) none of the scenes seemed to add much to the movie. Having now watched the full extended cut, I think it is pretty much confirmed that the extended scenes didn't make the movie any better than the theatrical cut. They certainly didn't make the movie any worse either, as these extended scenes were largely very similar in tone and general content to all the other scenes in the movie. With the exception of some of the extended Harley/Joker stuff, which helps frame their relationship as more abusive than the theatrical cut does, the new footage mostly doesn't give us any new information or insight.

I enjoyed the new footage we got, but there seems little about them that clues us in to why they were cut, or why the edits that made the theatrical cut were the best choice for the movie's pace and/or narrative. None of them adds anything to story, and none of the new cuts helps the poor editing that the theatrical cut suffered from. At a couple of points I actually felt like some scenes had been shortened, with tiny bits cut out, but I could be totally wrong about that, especially since there has been so much floating footage that has been running through different trailers, and now different cuts of the movie.

I would have liked to have seen the extended cut do a few things:
1) Do a little more with Slipknot. Y'all had nothing to help introduce him a little more smoothly? Nothing else to help flesh his character out a little more?
2) Maybe give us a little more detail about the "machine" (or "spell"...?) that Enchantress is building... the stuff Enchantress does just kinda happens, and we go along for the ride, waiting for a little bit of explanation that never materialises... One of the biggest flaws about 'Suicide Squad' was that a lot of the back-story for each character is taken for granted, as Warner Bros and DC, unlike Marvel, haven't taken the time to build each character up through their own individual movies first before bringing them together. So for all the characters really (except possibly Harley, who was more fleshed out, kinda...) could have benefited from more back-story so that we were more clued in to their motivations and actions. This could have been achieved to some extent through some extended scenes. There is a feeble (but still awesome) attempt at this in the extended scene where Harley works her psychology muscles on Killer Croc and Katana, but we need more! 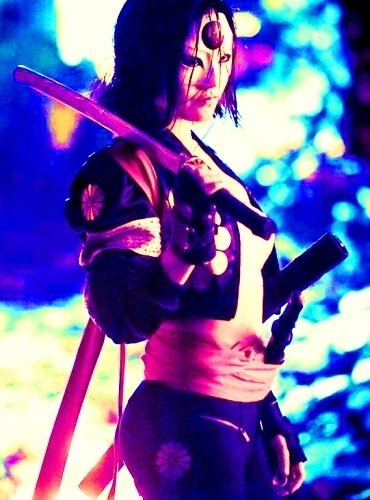 3) Expanding on El Diablo's transition from "I don't wanna play" to "WE'RE FAMILY I LOVE YOU GUYS". His shift from non-participation to willing to die for the Squad is a cool shift, but it happens too abruptly in both cuts of the movie. I guess El Diablo is an all-or-nothing kind of guy...

So my verdict on the extended cut is this: cool beans, and thanks, but this isn't really what I wanted from a new cut of the movie...

There are a series of featurettes that feature lots of the cast and crew chatting about making the movie, as well as lots of cool behind-the-scenes footage of the cast training, hanging out on set and shooting the movie. Featurette topics include: the history and modern development of the characters, physical training and production design.

All the featurettes are pretty fun and give us a level of insight into the process of making the movie, from actor interpretations to the logistics of stunt coordination and prop design.

But I felt like these featurettes were pretty superficial. Not all the characters were discussed in the same depth (Slipknot fans may as well not even bother, much like the movie I guess...!). I was actually looking forward to Incubus getting some attention, but not even the special effects discussions really went into much detail. Oddly, Enchantress really didn't get any love either. The focus was very clearly on Harley (and fair enough! I'm a slut for Harley content!) and The Joker, but I think these special features could have explored the other characters in more detail too. Instead of some of the repetitive stuff about Harley's costume/weapons etc or the cast training, why not spend some time exploring Enchantress or Incubus or something!

The gag reel is a real highlight. Derpy squad!

So, for the special features, A+ for cute behind-the-scenes precious cast mates being precious, but there was potential here for some deeper looks at the movie and that just didn't happen...

I bought the digibook special edition, and really liked the book. Lots of awesome images and a few fun-facts and cast quotes. The book contains images from 'Suicide Squad: Behind The Scenes With The Worst Heroes Ever' (link), so if you already have the full version, the digibook blu-ray might not be worth it for you.

The biggest and most offensive issue with the dvd/blu-ray release is that it does not include deleted scenes. We know, for a fact, these exist. There were multiple scenes advertised in the teasers, trailers and promotional images. Hell, they have link based on these deleted scenes. WHERE ARE THEY?

To add insult to injury, a lot of the behind-the-scenes footage in the special features shows the filming of these deleted scenes. 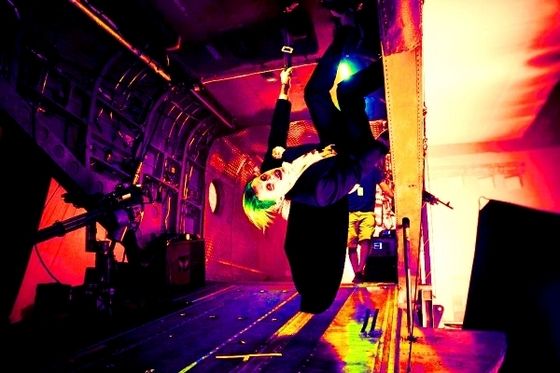 This is basically Warner Bros being assholes. There is no reason to withhold deleted scenes like this, especially when they have been used, and continue to be used, so extensively in promotional material and merchandise. Unless, of course, the awesomeness of these deleted scenes reveals just how hard WB fucked the movie over in the editing process.

Should the deleted scenes be released on a re-released dvd/blu-ray, I won't be buying it. I've pumped a lot of money into WB's pockets. I saw the movie in theatres 3 times; I've bought a truckload of merchandise; and I've bought an expensive edition of their blu-ray releases. In many ways, that makes me a complete moron. The people that are making the real money out of me are the ones dicking me around. But I buy the stuff because 1) all this Harley stuff makes me very, very happy!, and 2) because I wholeheartedly support the performances of the actors throughout the movie. I guess I hope that by pumping money into the 'Suicide Squad' machine, there might be some hope that I can get more of these fine people causing chaos, and, dare I dream, better treatment for the characters and their narratives.

I don't think we are entitled to see every millisecond of footage shot (as much as I'd love to). But Warner Bros has explicitly and deliberately exploited the 'Suicide Squad' fanbase by repeatedly promoting the movie and it's merchandise with footage it will not release in full. And I think that is not only sad for fans who are invested in it, but also for the cast and crew who clearly worked really hard to produce some awesome stuff, only to have WB dickheads screw it all up.


So that is my review/rant about the blu-ray release. I really love this movie and it's awesome characters, but honestly Warner Bros are doing their best to make it really hard to love it...


Feel free to comment! Are you buying a copy of 'Suicide Squad'? Which version did you get? What did you think?! 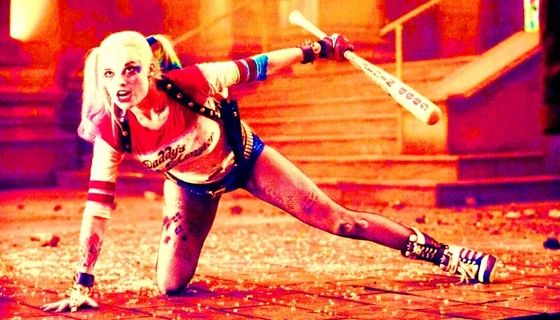 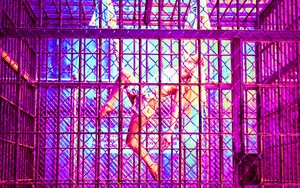 3
Enchantress
added by misanthrope86
Source: Warner Bros / made by me

2
Enchantress
added by misanthrope86
Source: Warner Bros / made by me

2
Enchantress
added by misanthrope86
Source: Warner Bros / made by me 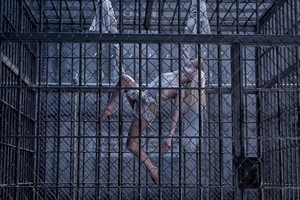 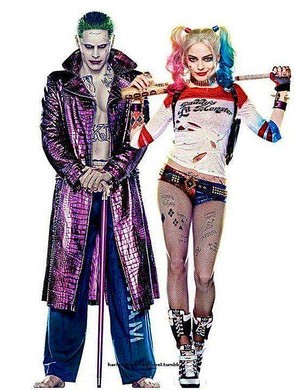 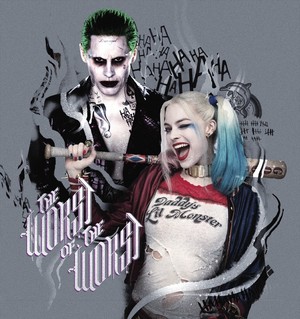 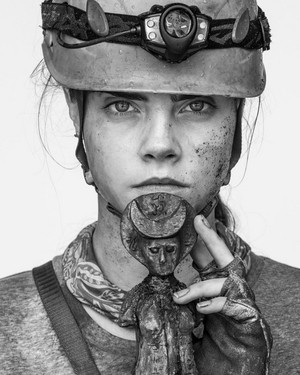 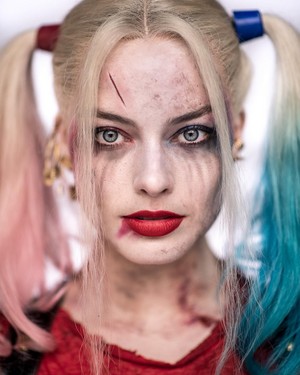 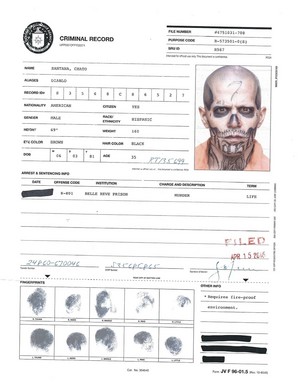 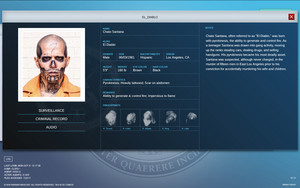 1
Harley Quinn
added by misanthrope86
Source: Warner Bros / made by me 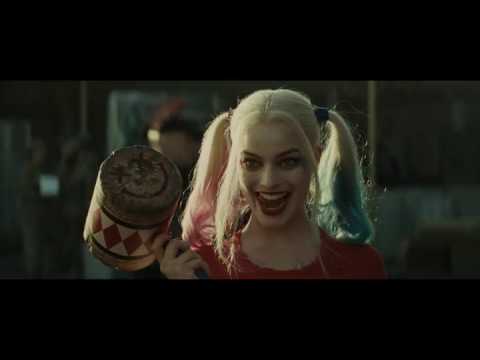 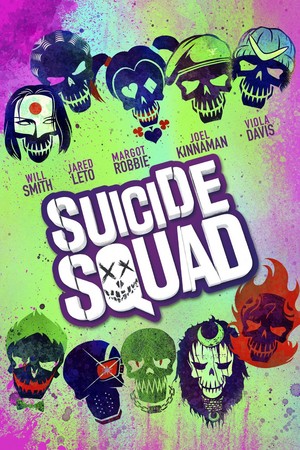