8
My suggestions for a sequel to Brawl
posted by knifewrench
Kirby should be able to swallow items as well as opponents and have the abilities from the Kirby games (Bomb Kirby, Fire Kirby, Spiky Kirby etc.).

Some of Kirby’s alternate looks should be:
-Waddle-Dee
-Meta Knight colour

Once a certain amount of the game has been completed, Kirby should be able to start a Vs match with a hat. The hat Kirby wears should be choosable before the match starts.

Either leave out characters who haven’t been in a game for more than three years (when was the last Ice Climbers game?) or make new games for those characters.

Put in some proper online features, like national Brawling tournaments and customizable matches against anyone. Remove the time limit for selecting character / changing options.

More outfits for characters. Can’t be that hard to programme so I don’t see why not.

Add “Majora’s Mask” Link. His V+B move should transform him between Deku Link, Zora Link, Goron Link and Human Link (transformations rotate, like Pokemon Trainer’s Pokemon do). His Final Smash should be Fierce Deity Link. MM Link’s move set should be based on Young Link from Melee.

Ganondorf shouldn’t be a clone of Captain Falcon. He should be able to use the sword from Twilight Princess, instead of just taunting with it.

One of Ganondorf’s outfits should be Phantom Gannon

Link should have the following outfits:
- Magic Armour (TP)
- Zora Tunic (TP)
- Twili Link*
- No-Hat Link*
- Village Clothes (TP)
*made them up, but they would look cool :P

All characters should have a cell-shaded outfit. If this is too big a task, apply this to just Zelda characters.

Link(cell-shaded)’s face should be as expressive as it was in Wind Waker.

Sonic should have different colours, not just different shades of blue.

One of Sonics’ outfits should be Shadow.

Either Silver or Knuckles should join the Brawl (or whatever it’s going to be next). I chose these characters because they are the two Sonic characters who vary the most from Sonic (while maintaining an interesting move set, which is the reason why I did not suggest Tails and Eggman). Knuckles would have strong punch combos and be able to climb, glide, and dig himself underneath the level for a short amount of time; after this he would punch upwards while coming out of the hole. Silver would have mostly psychic/telekinetic moves while maintaining some Sonic-ish moves. Silver would also use Peach’s “float” ability.

Some of Mario’s costumes should be:
- Sunshine Mario (short sleeved)
- Galaxy Mario (near the end of the Mario Galaxy you can wear red and black overalls)
- Retro Mario (pixelated)
- Soccer Mario (from Super Mario Charged Soccer)
- Dr Mario (looks like Dr Mario from Melee)

More levels like Mushroomy Kingdom should be added (Zelda and Kirby versions would be good).

Mario’s FLUDD move should be removed.

Before starting a match, a player using Pokemon Trainer can choose which three Pokemon he wants to use (the player can choose from 9-12 Pokemon).

ROB should be removed.

Samus should have a Dark Samus outfit.

DK should be able to throw barrels as one of his B-button moves.

Diddy Kong should be removed.

Waluigi should be added. Some A-Button moves cause opponent to trip up when hit. Uses the purple vines/ivy (thing) from Super Mario Charged “Soccer”. >+A move uses Tennis racket. Waluigi’s moves are very fast. Jumps high, but not doesn’t cover much horizontal distance. Final Smash = uses whip to get opponent an extra 150% damage, although it doesn’t launch the enemy at all.

Falco should either be removed or changed so that he is different from Fox and Wolf. Wouldn’t mind Wolf staying the same.

More Sonic levels. One of them could be Mushroomy Kingdom style, except it speeds along the level so that it suits Sonic, and the only way to stay on the screen is to keep running. Who ever falls behind goes of the screen.
God1, EnjoyHuddy and 6 others like this
RainbowGeek819 Wow You add QUITE alot Of Stuff for Zelda fan there =D...Wait? The ...Minda...thing......Did You take that for me...Im just Wonrdering....But I dont mind if you do......It just Becuase I said the (Mostly the same thing)In a forum...it Either that or we think alike...... Village Clothes Clothes link =D LOVING THE IDEA!!!! And Zora Link is Cool too!......In leavls with water he Could you know....swim around XD and plant bombs under the plant forums! =D I Think also (As much as i like her) They should just remove Peach....Brawl too hardcore for her......The Should Put Too Zelda Instead.....Or Amy from Sonic...XD Just Kidding!
knifewrench Lol, I had no idea you were thinking the same thing! Great minds think alike, eh?
RainbowGeek819 True...true XD... But Minda Bening in it....It will never happen....=[ Sadly It would be TOO wried you know...we leavent TP With Minda Probly Never seeing link again and Ramdomly See MAGICLY come's up in brawl That Would Be wried XD But she would be a Good peep too be In Brawl!
RainbowGeek819 But Im loving all the zelda Stuff Tho Great Work =D
johnstar_742 Samus should have a Dark Samus suit! Zero Suit Samus should have a better more powerful down smash.. a windmill like Sheiks would be sick! also, Sheik should be able to stick to walls out of an "up B" like Lucario, thats just discrimination!! uh, lets see..... Knuckles, Tails and Shadow should be added. Oh!! and when Im running, I dont want my character to slip and fall. -Johnny Fly
RainbowGeek819 Tails No! As I said for Peach Brawl Why too hardcore for Tails He too sweet for Brawl . . . Ermm . . Here's A character! . . . Roy! I was Playing Melee The other day and it reminded me of how much i loved Roy X( remove rob and Put in roy! Or Lucas . . Or ness . . Or Jiggy Puff! How Jiggy puff got in brawl and Roy didn't . . I have No idea!
boba U CAN choose wich pokemon you want to use. Just select pkm trainer and then click/touch the pokemon that u want.Sadly then I haven't check if you can change pkm during battle.
knifewrench Yes but I'm saying that you should be able to choose a selection of 3 Pokemon out of a much larger number, therefore adding a bit more strategy.
cloudandzack they should put cloud strife in it
knifewrench Final Fantasy (let alone Cloud) hasn't been on a Nintendo console in yonks. Come to think of it, why is Snake still in SSB.....
Linky_Lover Cloud . . . . CLOUD =D Fangirl Service =P Lol Lol Ordon Link would be PRETTY Sweet =D XD Errmm . . . Minda would pretty ACE character Roy Princess Daisy and Isaac Should be added ^^
sadlysweet the 12 origanal veterns should b in it. peach's F/S should b a random emotion (like super princess peach). give certin ablities 2 costumes,ie,daisy/rosalina PEACH= diffrentF/S, bee mario=better jump/float, dr.mario=pills instead of fireballs. also, add pichu and raichu 2 pikachu's costumes!
God1 Nice idea about Waluigi then you can have the Mario and Wario Bros. fight.
Thekirby801 Yeah more kirby stuff! Kirby needs to be reconized! 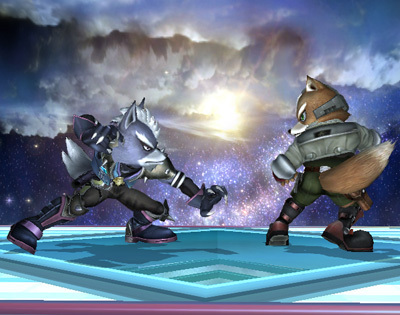 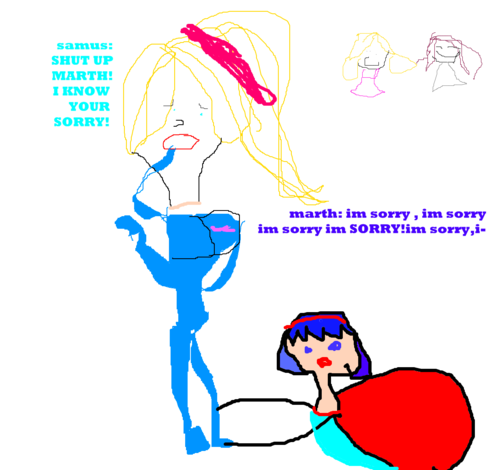 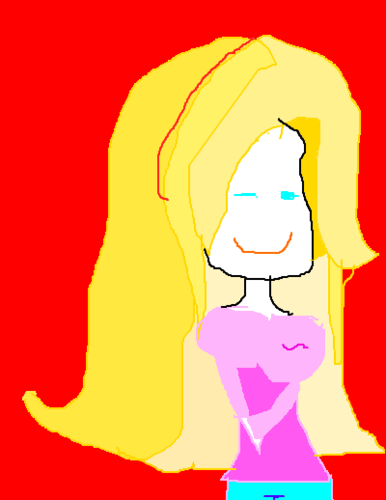 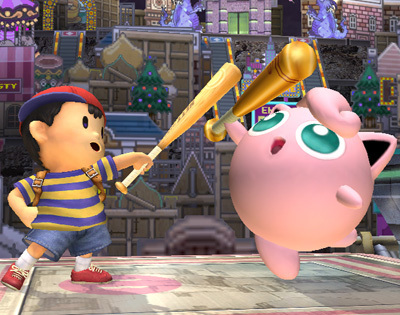 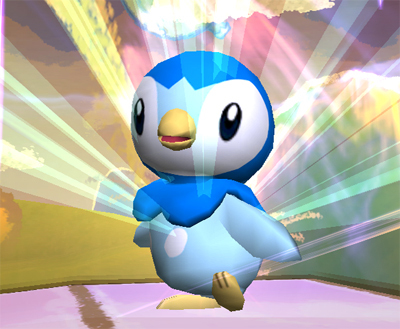 1
If Brawl Were Like Other Games
added by yoki96
video
super
smash
bros.
brawl 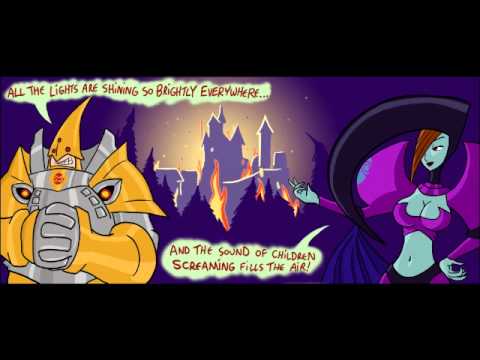 1
A Simple Request
added by rukin287
This is a youtube video of a musical comic which is featured in Brawl in the family which you all should check out and just so were clear I didn't make this video or brawl in the family
video
super smash bros. brawl
ganondorf
link
skull kid
vaati
triforce 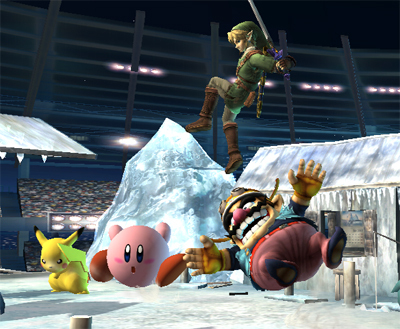 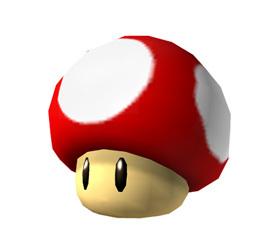 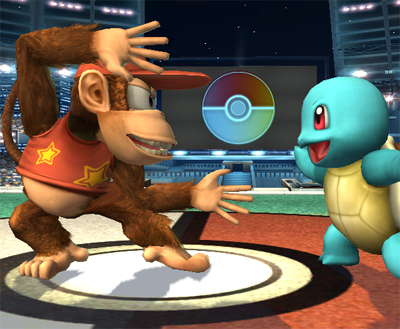 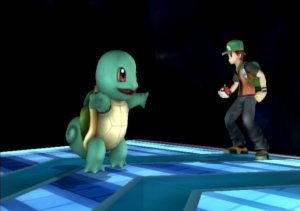 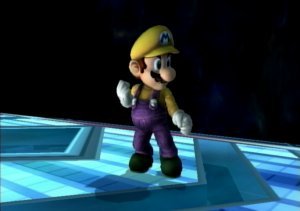 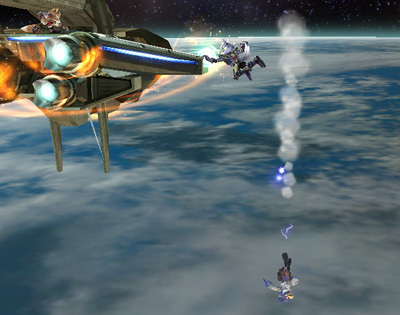 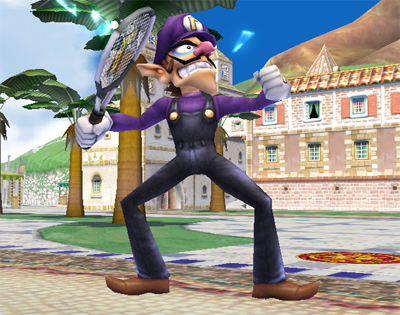 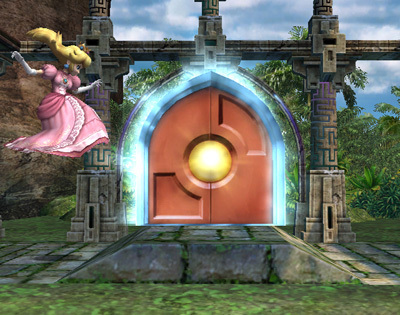 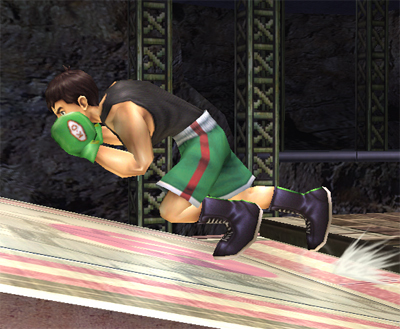 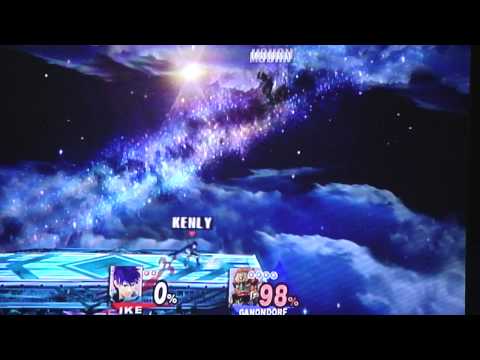 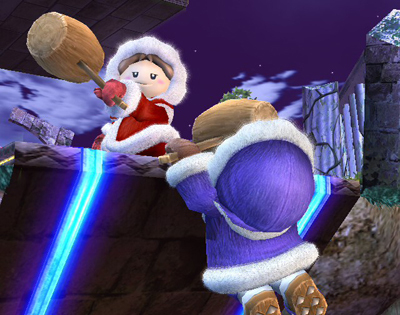