5
Interview's with Fans!
posted by 80s-Gal 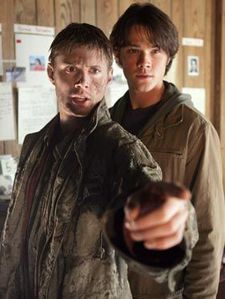 Hello Supernatural fans! I thought it would be a lot of fun to hold random interviews with you fans. Because we have a lot to say about Supernatural.

My first interview is with Valleygirl4, she put up with my personal questions and answered them to the best of her ability, so here goes:

How long have you been a fan of Supernatural?

I've been a fan since the show first aired. I've watched every episode, and I love all the Characters, and the story lines...everything.

In your opinion, how has the show progressed?

In so many ways. I think the show has grown to be a phenomenon. The characters have been through so much, and still continue to fight.

Who is you favorite character?

My favorite character used to be Dean. Then Castiel came along, and I became a "Cas-Girl."

The so-called-fight going on with Supernatural fans right now is about Dean and Sam using Castiel, and that's why he got really "power crazed" for the season finale. Do you agree with that?

Early on in season six, Dean and Sam treated Castiel like he was their house boy. They almost treated him like he was just a convenient friend. But I don't let my love of Castiel cloud my reality. The reality is, this is just a TV show, and that't it.

Are you hoping they bring Castiel back for season 7, even if he's not in every episode, and isn't a series regular anymore?

Was there any shock value for you this season?

The biggest shock was the discovery of Soul less Sam. I was always under the impression that if you had no soul, you didn't exist...But yeah, that was a huge shock for me.

And finally, what are you looking forward to for next season?

Well I think the fact that we're getting a season 7 is great, so I'm really looking forward to that.

Well that's it! I hope you enjoyed reading it. I had a lot of fun asking these questions of Valleygirl4, she was a trooper.

kiaya91, lollipopdisease and 3 others like this
samgirl07 What a great idea!
Grumpy62 Nice idea :)
80s-Gal [i]Who ever would like to be interviewed next, just let me know[/i]
Inetux WOW amazing idea.Amazing interview. I think you 80s-Gal need to make post in forum about this idea. And then people who want inteview will post there. It would be easier for you.
debie24 love your idea I wouldnt mind being interveiwed!!!
7
my first supernatural convention experince!!!
posted by debie24 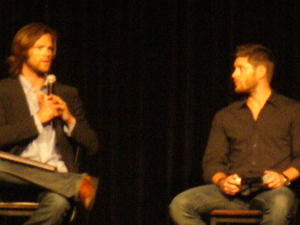 ok everybody heres the just,first we had to wait for our photo ops which we were last in line,by the time it became my turn I had a splitting headache because they were playing videos which dont get me wrong I lov but the audio was extremly loud ,so anyway when I saw jared I forgot about that lord hes so handsome,so when I went to have my pic done I walked up to jared & introduced myself he did same we had the pic ,but when I went to walk away the photographer called me back he wispers somthing in my ear and motions for me to take a second shot ,when I walk back up to jared he leans down...
continue reading...
8
The Colt
posted by twilighter4evr 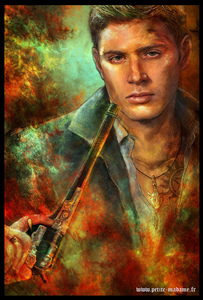 ❝Back in 1835, when Halley's Comet was overhead, same night those men died at the Alamo, they say Samuel Colt made a gun. A special gun. He made it for a hunter. A man like us, only on horseback. Story goes, he made thirteen bullets. This hunter used the gun a half dozen times before he disappeared, the gun along with him... how Daniel got his hands on it. They say... they say this gun can kill anything.❞


In "Dead Man's Blood," a vampire hunter named Daniel Elkins was...
continue reading...
4
A best place to watch Supernatural Online
posted by donaldmoni
Supernatural power is “paranormal activities” beyond the visibility, that thing which we cannot explain in scientifically. Than question is this is the Supernatural activities are real? Many philosopher and Scientist said Supernatural abilities are like the spiritual and magical powers. Many people recall the ghosts and Spirits and they come on the night hit their doors.
On the other side many people are who knows Supernatural powers are not genuine and they are dishonest. Some special person has supernatural abilities. They aren't so uncommon. Intuition and Telepathy is a supernatural...
continue reading...
8
The Kids are Alright Quotes
posted by Lucia322
Sam: That knife you had... you can kill demons with that thing?
Ruby: Sure comes in handy when you have to swoop in and save the damsel in distress.
Sam: Where you get it?
Ruby: Skymail.
Dean:Is that Humphrey? The one that needs to lay off the burgers?
Ben: You know who else thinks they're awesome? Chicks! It's like hot-chick city out there!
Dean: What? Someone had to teach him to kick a bully in the nads
Sam: How many dying wishes are you going to get?
Dean: As many as I can squeeze out.
Sam: Why are you following me?
Ruby: I'm interested in you.
Sam: Why?
Ruby: Because you're tall. I love a tall man!...
continue reading...
14
List Of Supernatural Songs Season 2
posted by Lucia322
Alice In Chains - Rooster
Barry White - Can't Get Enough Of Your Love Baby
Bob Dylan - Knockin On Heavens Door
Booker T And The Mgs - Green Onions
Boston-Foreplay - Long Time
Boston-Greatest Hits - Don't Look Back
Captain And Tenille - Do That To Me One More Time
Carey Bell - Lonesome Stranger
Carlin Music - Wrapped Around Your Finger
Cheap Trick - Surrender
Chris De Burgh - The Lady In Red
Creedence Clearwater Revival - Bad Moon Rising
Foreigner - Cold As Ice
Frank Sinatra - I've Got The World On A String
Green Peppers - Herb Alpert&The Tijuana Brass
Jamie Dunlap -Down On Love
Jefferson Airplane - White...
continue reading...
22
Transcript
posted by liissaaxx
I thought this was awesome when I saw it. I was searching some information about one of the episodes, and came across the complete transcript of the 'pilot' episode. I thought I should share it. Read and enjoy.


{On the black screen}

Mom: {Is carrying Dean into Sam’s room} Come on, let’s say goodnight to your brother. 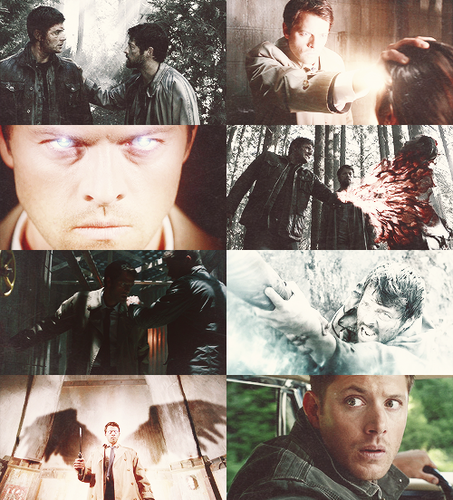 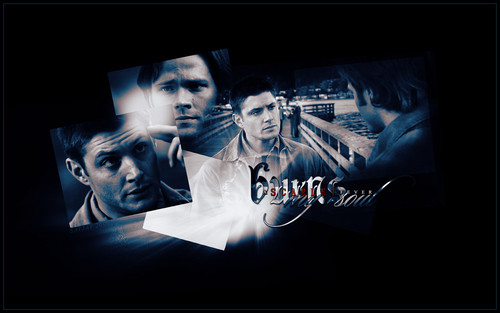 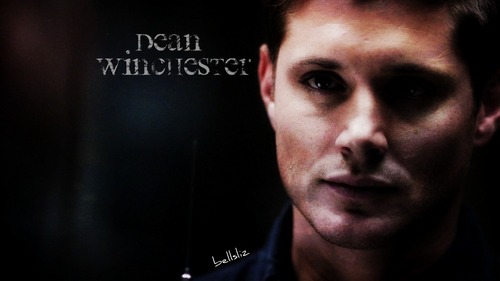 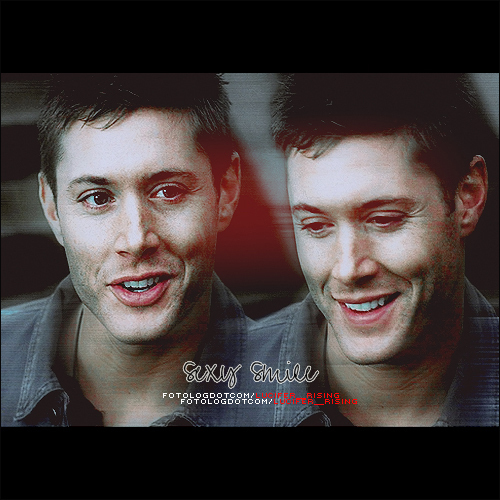 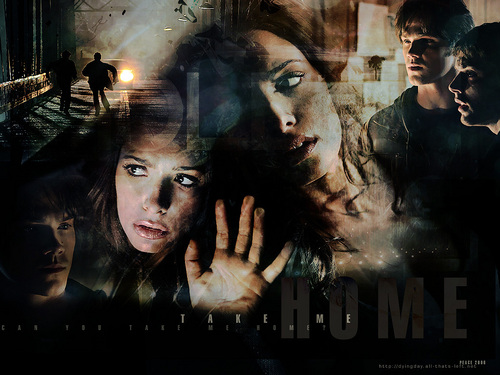 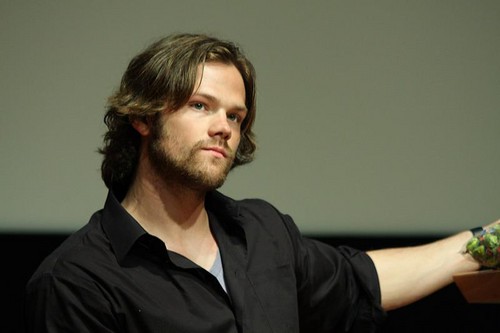 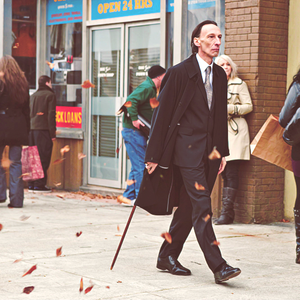 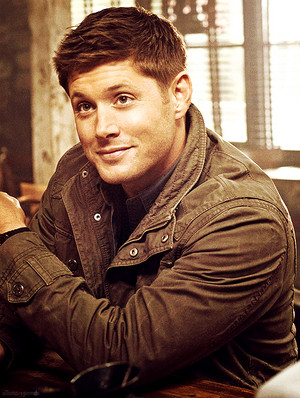 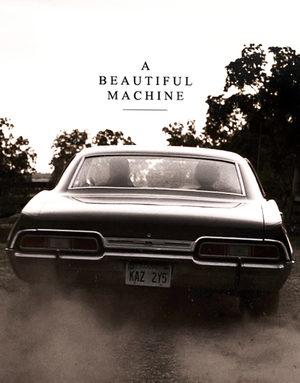 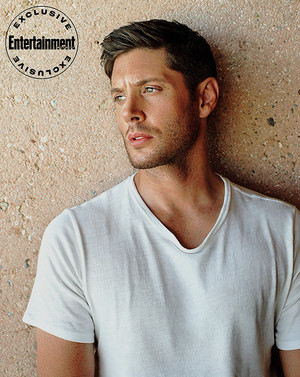 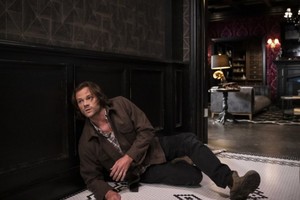