30
more about Taylor Lautner
posted by Caty305
Taylor Daniel Lautner (born February 11, 1992) is an American actor and martial artist who is perhaps best known for his 2005 family film performances in The Adventures of Sharkboy and Lavagirl in 3-D and Cheaper by the Dozen 2 with Steve Martin or as Jacob Black in the 2008 film Twilight. He also appeared on the UPN sitcom Love Inc. Taylor was born in Grand Rapids, Michigan, the son of Deborah and Daniel Lautner. He is of French, Dutch, German,[1][2] and Native American (specifically Ottawa and Potawatomi) ancestry.[1] He also has a little sister named Makena.

Lautner began studying karate at the age of six, training at Fabiano's Karate School in Holland, Michigan. By the following year, he began winning tournaments. He was soon invited to train with seven-time world karate champion Mike Chat and, when he was eight, he was asked to represent his country in the twelve years and under division in the World Karate Association where he proved himself by becoming the Junior World Forms and Weapons champion, winning three gold medals.

Lautner began his acting career after his martial arts instructor persuaded him to audition for a part in a Burger King advertisement in Los Angeles. Although he was unsuccessful, he enjoyed the experience so much that he decided to pursue a career in acting. Soon, he and his family were traveling back-and-forth from their home in Michigan to California so that Taylor could audition for acting roles on a regular basis. When Lautner was ten, his family relocated to Los Angeles to allow him to pursue acting full-time.

He continued to flourish in the martial arts circuit; in 2003, at only eleven years old, he was ranked number one in the world for NASKA's Black Belt Open Forms, Musical Weapons, Traditional Weapons and Traditional Forms and, by the age of twelve, he won Junior World Championships. Lautner began acting in 2001, appearing in the made-for-television film Shadow Fury. He subsequently had roles on the series Summerland, The Bernie Mac Show, and My Wife and Kids.[3] He has also had a recurring role on Danny Phantom as YoungBlood. In 2005 he had a starring role as Sharkboy in The Adventures of Sharkboy and Lavagirl in 3-D, a film that showcased his martial arts skills.[4] Lautner has stated that while he has been trying to succeed in his acting career, he also wants to finish high school.[citation needed]

He has had small roles in a number of other television shows and movies, including The Nick & Jessica Variety Hour. He appeared as himself in America's Most Talented Kids, putting on an exhibition of his Martial Arts skills. In addition to television, Taylor has been very successful in voice-over work. Taylor has booked a recurring role as Youngblood on the cartoon Danny Phantom, and has recorded episodes of What's New, Scooby-Doo? and He's a Bully, Charlie Brown.[4] Taylor has also been as booked a series regular of a pilot presentation called Which Way Is Up?, in addition to voicing the character of Silas in the animated series Silas and Brittany.[3]

His big break came in 2005 when, at the age of thirteen, Taylor won the role of Shark Boy in the Robert Rodriguez film The Adventures of Sharkboy and Lavagirl in 3-D. He spent three months on location in Austin, Texas filming.[3] Within months, he successfully auditioned to play Elliot, the son of the Bakers' rivals, in Cheaper by the Dozen 2.[4]

In October 2008, Lautner played Christian Slater's son in the television series My Own Worst Enemy, until the show was cancelled after only 9 episodes.[5] Lautner then played Native American character Jacob Black in Twilight, the movie adaptation of the novel by Stephenie Meyer.[6] Lautner has been signed for New Moon, the second installment of the Twilight film series.[7] Lautner was a junior at Valencia High School for the 2008-09 school year, but recently tested out of high school and is taking college classes instead of attending school.[8] In his leisure time, Taylor enjoys playing football and baseball, and he is a fan of the Texas Longhorns and Michigan Wolverines. He is a part of the Hart Baseball Program in the Los Angeles area, where he plays center field and second base. He also participates in the "LA Hip Kids", a hip-hop dance group, and "Hot Shots", a performing jazz dance group.[3
kainat1183, MsNatasha007 and 28 others like this
rachel-rathbone http://www.fanpop.com/spots/twilight-series/articles/22947 come check this out
nessienjake well...this is not new stuff you just copy paste it.lol and also i found the exact same information on the net.
bathandwa taylor is sooooooooooooooooo hot!!!!!!!!!!!!!!!
kainat1183 woww i like it 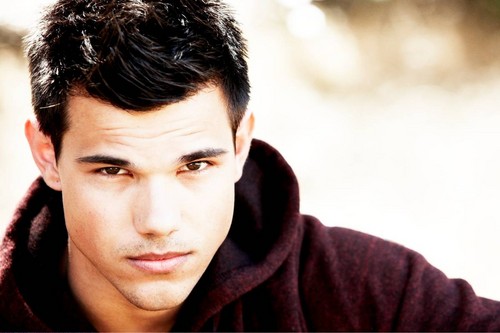 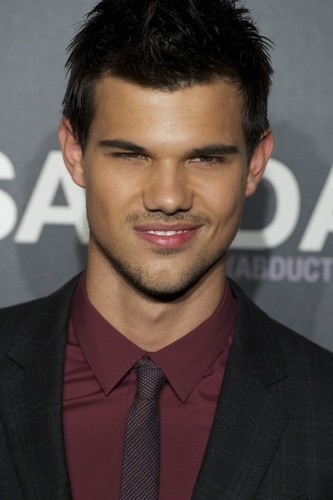 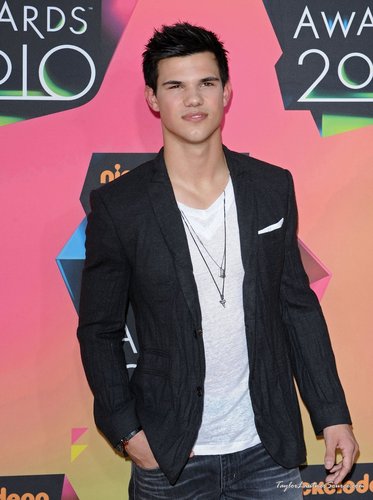 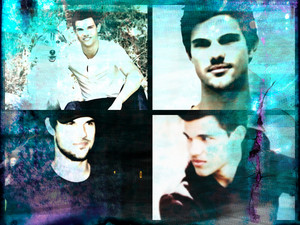 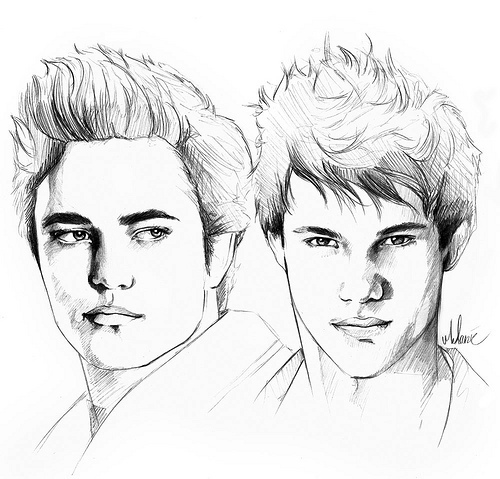 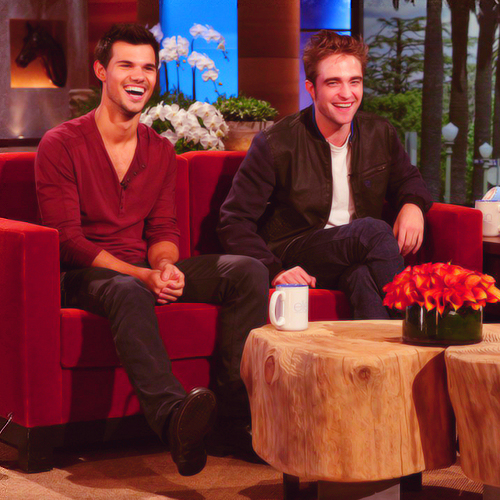 1
Taylor and Robert at The Ellen Show
added by nessie-eska
Source: http://tay-ly.tumblr.com/ 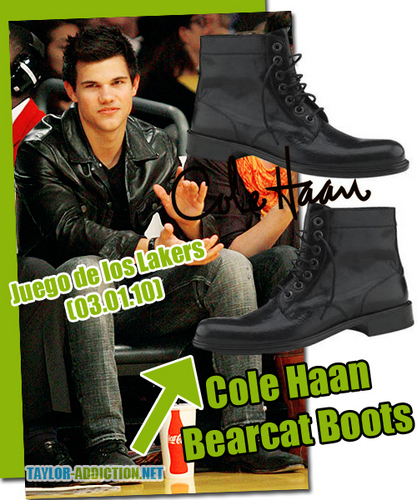 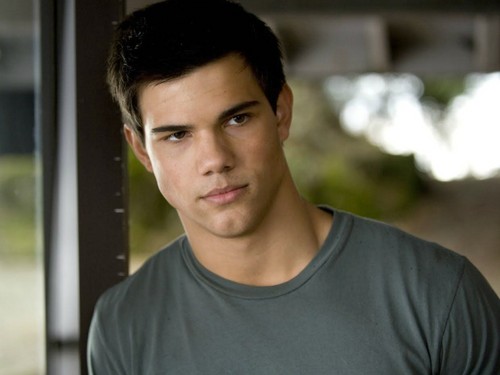 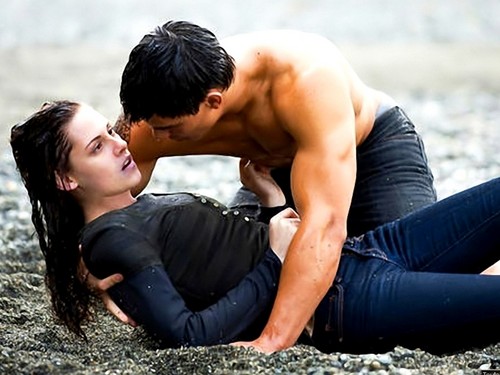 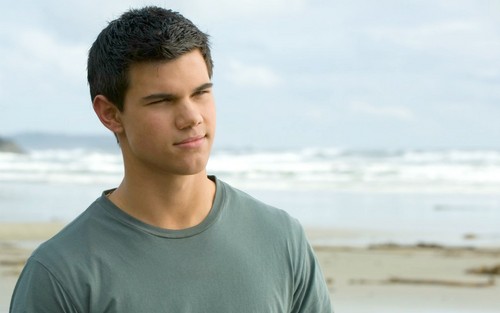 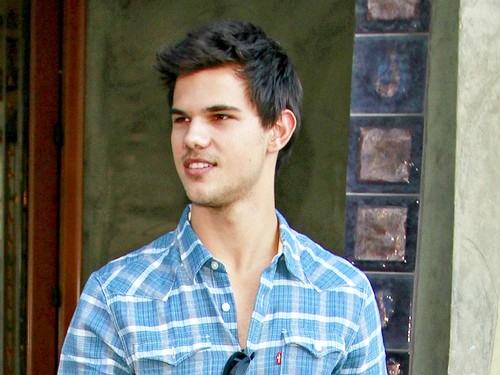 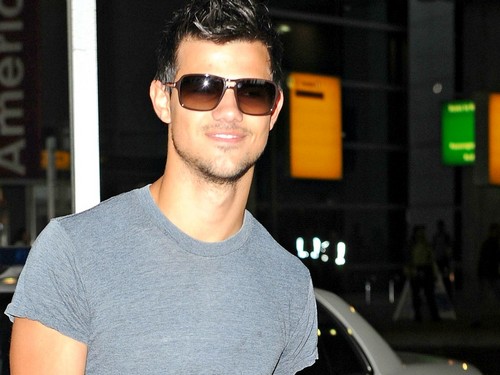 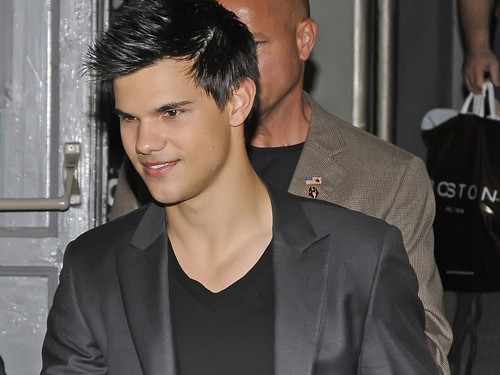 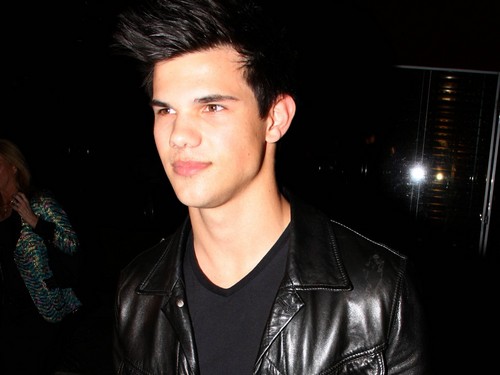