TDA CAMP. EP. 10 PART: 2.
posted by Tunic
I HAVE A BRILLIANT NEW TWIST FOR THE NEXT EPISODE.
Going to france again for 5 days ): SORRY PEOPLE<3

(IDK what happened to the scaring one so I’ll add that in!)

“The Gaffers, you’ll be the ones IN the tent. Run out, and you loose!” Chris said.
He whispered to the Grips.
“Great, you Grips SCARE them. If you can’t scare them, then you loose.” He said

We filed into the tent, I sat next to Trent.
He is so reassuring, so loving and kind.
I snuggled up close to him and blushed as soon as he said “I’ll protect you.”
I was in my own fantasy – LIVING my fantasy until..
A white ghost appeared, floating. Everyone screamed and got up.
“WAIT!” Raynie yelled.
I walked up to the “ghost” and bent it’s spine.
It made a massive crack sound.
“Ghost’s don’t have cracking spines.” Duncan said.
I kicked it, and a duvet came off.
I yanked the fishing rod. And heard a “Ouch!”
“Just DJ Trying to scare us.” I said.

It was HILARIOUS.
DJ got the rod with a ghost on the end.
Then after I poured blood down the ceiling while Gwen poured white paint down the other.
Then suddenly.
“Out of Ammo!” Gwen whispered.
“NO. I made sure we were prepared, we had everything! C.I.T’s NEVER go without! This is ALL wrong” Courtney screamed
“COURTNEY!” Gwen said.

Then Duncan clicked.
“I got it! Lindsey, Beth, Justin and the Grips challenge was to scare the LIGHTS out of us! Stay strong! Don’t give into the power of Chris and the Grips! Haha. You can’t fool us, Princess!” Duncan smirked.
Chris came out.
“And that’s a roll! On the Gaffers!” Chris said.
“The next Genre! Adrenaline FEARS. You’ll be robbing a bank next episode of..” Chris said
“TOTAL!” I smirked
“DRAMA!” Alice screamed
“ISLAND!” Lindsey said
“Wait, no no! Wait!” Lindsey said as the camera faded.
“ACTION!” Destiny squealed.


Next time on TDA Camp


Gwen is a vicious scheming bitch, joins forces with another of her team members!
Raynie hates GWEN

I wondeerrrr whyyy?????????
Tunic OK People! BE BACK ON 30th AUGUST =)
taytrain97 Raynie hates Gwen because Raynie thinks she's a vicious scheming bitch, just like Courtney xD
4
join my Fanpop total drama action camp
posted by sexygirl9087
Hi,im the same person who maid the join my fanpop tda camp they couldnt remember me so i maid a new one now all the spots are open excapt Gwen just make sure u put why you want to be the person you want to be for example:the reason i want to be Gwen because im almost just like her and out of TDI and TDA she is the best.There you go theres my reason.This is just because they said to make a longer article:
GGGGGGGGGGGOOOOOOOOODDDDDD LLLLLLLUUUUUUUUCCCCCCCCKKKKKKKKKK!!!!!!!!!!!!!!! TOOOOOOOOOOOOOOOOO BEEEEEEEEEEEEEE TTTTTTTTTTTHHHHHHHHHHHEEEEEEEE CCCCCCCCCCHHHHHHHAAAAAAAAAARRRRRRRRRRIIIIIIIIITTTTTTTTTTTEEEEEEEEERRRRRRRRR UUUUUUUUUU WWWWAAAANNNNNTTTTTTTTT TTTTTTTTOOOOOOOOOO BBBBBBBBBBBBBBBEEEEEEEEEEEEEEEEE

I WILL WILL WILL!! make Jessica, Destiny AND Lolly4me's Char, BUT meeting up with my best friend later on so yaaa.

(ITS FUZZY COS I USED TIYPIC TO UPLOAD. IF YOU WANT ALICE OR RAYNIE SENT TO YOU, EMAIL ME. PM ME YOUR EMAIL.)

THIS IS WHAT I IMAGINE THEM AS! I WILL MAKE EVERY FAN CHAR (including MORE raynie and Alice) BUT I GTG FOR LIKE 6 HOURS SORRY<3

Comment, how you want your char to look etc.

I woke up from my stinky trailer with a smile. My smile faded when Chris announced:
“CAMPERS! Meet at the top of the hill for your challenge!”
I yawned, saying Hi to Alice and Raynie.
“Challengeyay!” Alice squealed.
“um. Hello? This is a CHALLENGE. There is no “Yay” In this.” Heather hissed.
“Hmm. The illness hasn’t worn off?” Raynie sighed.
“No!” Alice said, rubbing her head.
“What shampoo do you use, Alice? Your hair is SO shiny, thick and vibrant *LaLaLa..* And Raynie, Mm! Your face is so smooth.”...
continue reading...
TDA Camp part 3
posted by Tunic
Alice’s POV:

Yesterday night. I don’t know. Nice or Gross?
I choose Nice. I still like Trent, but that darn Gwen is with him. I need to think of a way to execute Gwen!
Once again, I woke up.
“I’m a C.I.T!” I heard a oh-so-familiar voice scream in the background. I was too busy to focus, from Cody’s kiss yesterday night.
I couldn’t give a damn for a shower today, so I just got dressed in the usual’s
I ran out, to see Duncan and Courtney share a quick kiss.
“COURTNEY!?” I screamed, hugging her.
“I don’t know who you are. Why is this girl hugging me? Only President’s, Office...
continue reading...
THE BEST SONG EVER (speeding cars)
posted by gwentrentever
heres the day u hoped would never come dont feed me violents just run with me through rows of speeding cars...the paper cuts the cheating lovers the coffe's never stong enough and i know u think its more than just bad luck... there there baby its just textbook stuff its in the abc of growing up now now darling oh dont loose your head cause none of us were angels and u know i love u yeah lada da da ad ladadada dada...sleeping pills no sleeping dogs lie never far enough away glistning in the cold sweat of guilt ive watched u slowly winding down for years u cant keep on like this nows a better...
continue reading...
Important total drama action breaking news
posted by gwentrentever
THERE POSTPONING TOTAL DRAMA ACTION TILL LATE AUGUST...because they want cartoon network to catch up with teletoon...also because americans watch it online...AND INSTEAD OF MAKING THE EPISODES 1 WEEK APART THERE GONNA BE 3 OR 4 WEEKS APART AFTER EPISODE 13...so stop searching for episode 14 bcause you will not find it...NOBODY ON EARTH HAS IT OR HAS SEEN IT EXCEPT THE PRODUCERS...and dont subscibe those jerks who say they have it because they are so desprite for subscibers they lie and all the info u are searching for is fake nobody realy knows SO STOP SEARCHING...and one more thing...TELL...
continue reading...
1
TDA camp
posted by Tunic
Ok. Just comment who you want to be. As soon as we get like max. 10/13, we'll start and add later.

Unless you want to make up your own character! Fill out this form:

(YES! More then one person can like Trent, or Duncan, or w/e! I might make Trent/Duncan/whoever makeup/breakup/friends/w.e But I will give each fangirl/boy a chance!) 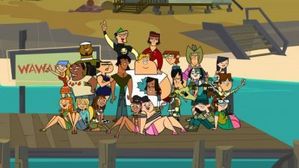 there u have it i have more spots that are open when we have ten people we will start our first challage
just inorge this:
ggggggggggoooooooooodddddddddd llllllllllluuuuuuuuucccccccccckkkkkkkkkkkkkk
More Cards
1234567891011