"The Goth and the Guitarist":Maternal matters Ch. 2
posted by Gwentiscool
Trent had been waiting for Gwen to come out of the bathroom for the past few minutes.He wondered how she was feeling."I hope she's okay." Trent thought to himself.Gwen walked out of the bathroom a few seconds later and hugged Trent."It turns out I am pregnant. We're going to be parents." Gwen told him."I see."Trent said to her."Have you decided on a plan yet?" Trent asked"I have; and I don't think we can hide this anymore." Gwen replied.
"I'm not getting an abortion or giving up my baby for adoption. We're going to raise our child together and we have to tell our parents even though they could be mad at us." she suggested.
"This baby needs both of us; so I'm with you on your plan." Trent agreed."Thank you for not leaving me." Gwen complimented him.
"I think I will take it easy for now; and we should call our parents later today." she thought.—12:25 PM—Gwen picked up her cell phone to call her mom after discussing her plan with Trent and resting for a few hours.The phone call went through slowly."Hi Mom, I have something to tell you." Gwen said nervously as she got a hold of her mother."What is it sweetie? You seem a little tense." Gwen's mother asked through her phone.About that, I know you might be angry at me. However to be honest with you, I found out I was pregnant." Gwen told her mother"Are you sure about it?" her mom asked staggeringly."I am. Trent and I had a night together a little over two weeks ago; and this morning I took the test and it turned out positive." Gwen replied to her mother."So you are, and Trent is the father of your baby." her mom said."Yes. I know it may have been a hasty decision and I got myself into this mess, but I really love Trent; and we were planning to get married." Gwen replied again."I will need to think about this first." her mother told her."Okay then." Gwen said as she ended the conversation with her mother.Trent dialed his father's mobile number.He wondered how his parents would react to his fiancée's condition.His father answered the phone call."Good afternoon Trent, it's been a few months since your mother and I last saw you. Anything new?" Trent's father asked.
"Yes Dad. My fiancée and I got into a tight situation." Trent replied."What happened, is everything alright between the two of you?" his father asked again."What happened, is everything alright between the two of you?" his father asked again."Well, Gwen spent a night with me and I got her pregnant; and she and I have been planning to keep the baby." Trent replied to his father again.Trent's father appeared stunned for the moment"If she is, we may accept your plan under certain circumstances; but for now please make sure Gwen is okay." Trent's father replied to him as he thought deeply."I will." Trent said as he ended the call with his father.—12:35 PM—Gwen and Trent put their phones away and extended their discussion."I don't know if my mom will approve of our plan, but I hope she does." Gwen said to Trent.
"My parents are also unsure about it; yet I don't think they will discourage us." Trent replied to her.My sis made this. 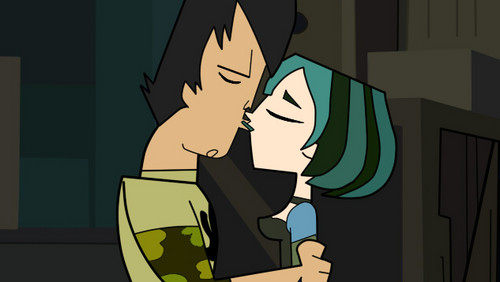 5
This SHOULD HAVE happened
added by TxGIsRealLove 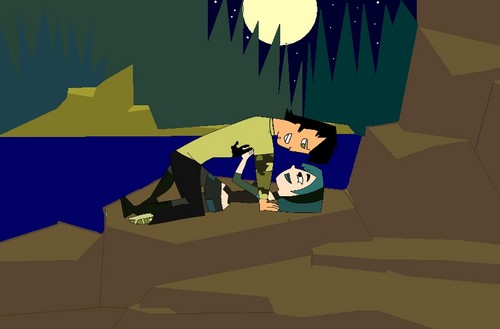 3
In the moonlight. :3
added by cooleeo
Source: I don't own this photo. 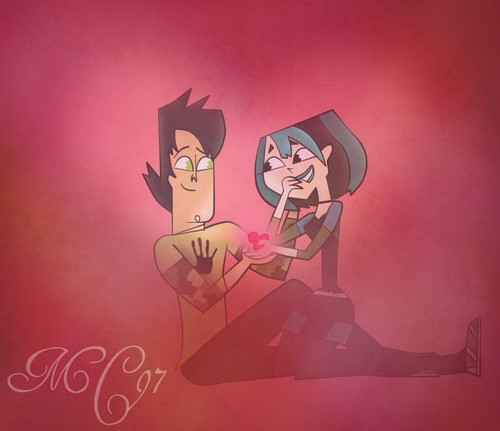 4
A heart for you my love
added by iDxG101
Source: marieclaire97 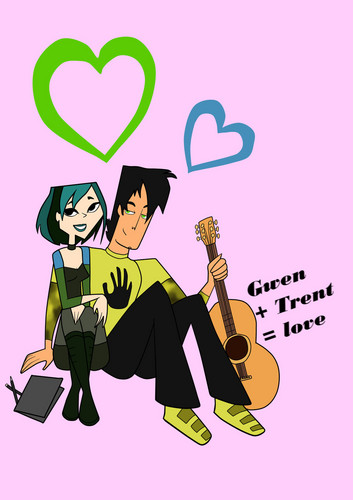 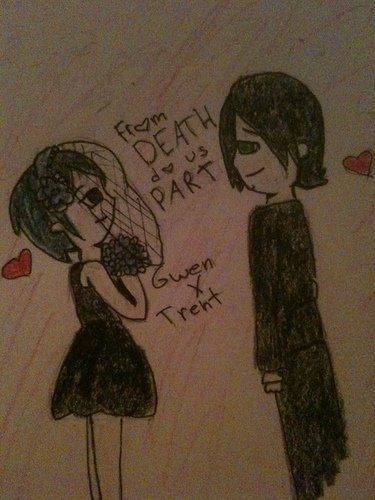 3
From DEATH do us part
added by NoahFanNumber1
Source: Me, request from Noahking!!! B) 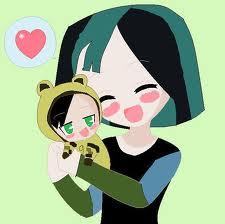 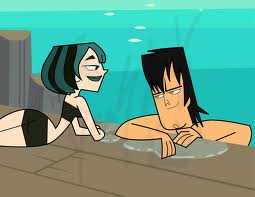 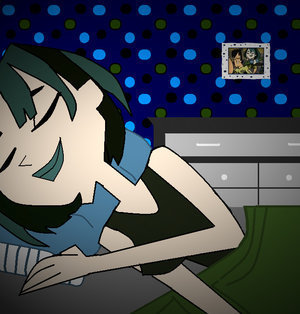 GWEN X TRENT
added by gwenmyers1997
1
baby please don't go
posted by cooleeo
Gwen's pov!
i stood there at the end of the dock,crying and waving goodbye to Trent. (by the way this is on total drama,at the end of search and do not destroy) he was waving to me until the boat was completely out of sight. i sighed and looked at my feet. "well its been a long day,i think i`m gonna hit the showers,great work everybody."Heather said walking off to the showers. everybody started to walk away,but i just stood there looking out at the lake,wishing Trent would come back. i felt a hand pat my shoulder. i looked at the person,and it was Leshawna. "don't worry girl,i`ll get her back."she...
continue reading... 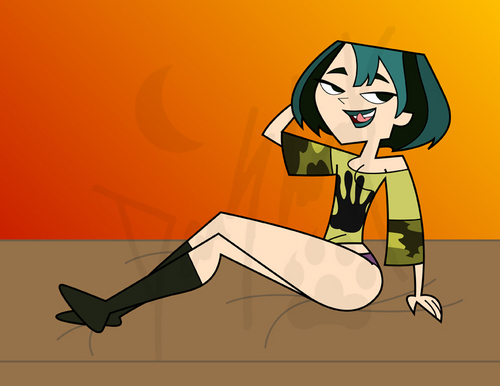 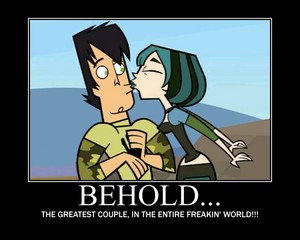 3
The best couple in the world!!!! XD
added by MeOwKiTtYkAtT 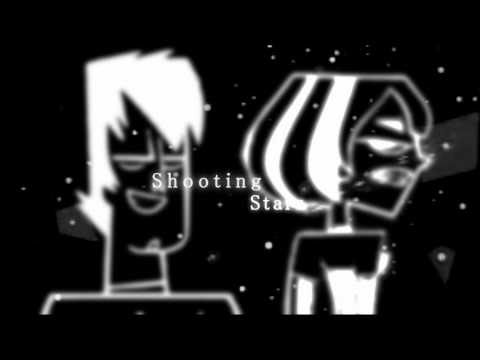 I was walking to the park,to sketch the landscape.
I fell over in a puddle."Are you alright"Said this Guy.He grabbed my hand and helped me up.
"Um,...thanks"I blushed.I stood up and saw his face.
WOW!He looked Good.
"You look Good", uh oh I quickly clapped my hand over my mouth."What was that"He said
"Nothing,um what is your name"I said to cover myself up."Trent Smiths and yours is......"
"Gwendolyn Matthias, but people call me Gwen, so thanks for helping me"I said while getting the Mud of my pants."No problem, people...
continue reading...
1
GXT highschool love part 2
posted by cooleeo
Gwen's pov!
i woke up to the sound of nickelback,blaring out of my alarm clock. to loud! i threw it outside of my window,and a car ran over it. i smiled to myself,and got ready for school. "Gwen?"my brother Jake said. "what twerp?"i said walking down the stairs. "there's..uh..a guy here to pick you up."Jake said laughing. i gave him my death glare,and he ran into the kitchen still laughing. i opened the door,and it was Trent. i blushed. "hey."i said. "hello,ready to go?"he said. i nodded. "ooh,Gwen and some guy sitting in a tree,k-i-s-s-i-n-g!"Jake said laughing and rolling on the floor. "grow...
continue reading...
The Goth and the Guitarist: Maternal Matters Ch. 6
posted by Gwentiscool
—4 Months Later—Several months had passed since Gwen found out she was pregnant.She was now around five months in gestation.—Setting: Gwen's apartment; at 2:30 PM—"I've endured discomfort for a few months and I'm a little over halfway there." Gwen thought as she stared at her reflection in the mirror."I hope my baby is still healthy."Gwen checked her calendar."I'm currently on my fifth month. I should probably see my doctor again; but I need to call Trent first." she thought to herself again.She then dialed Trent's number.—Cut to scene at Trent's apartment—Trent picked up his phone...
continue reading...
The Goth and the Guitarist: Maternal Matters Ch. 5
posted by Gwentiscool
—Setting: Gwen's apartment; at 1:40 PM; 2 days later—Two days passed and Gwen prepared to meet up with Trent again that afternoon."Trent will be meeting with my family later today. My mom already knows Trent, yet I wonder what my brother will think of him." Gwen thought to herself.—Scene at Trent's apartment; at 1:55 PM—Gwen met up with her fiancé for a short time before taking him to see her family."I know my mom will be glad to see you; but I'm not sure how my brother would react." Gwen told Trent."It's likely that he will respect our feelings because he's a young adult now." Trent...
continue reading...
The Goth and the Guitarist: Maternal Matters Ch. 4
posted by Gwentiscool
—Setting: Trent's apartment; at 8:30 AM; the next day—Gwen knew the next morning wouldn't be easy for her.Another wave of nausea hit her just like the previous day; causing her to throw up again."Morning sickness can be such a pain." Gwen thought to herself as she heaved into the toilet."I hate barfing, but at least it's not going to last forever."She then exited the bathroom and met with Trent in the kitchen."I hope your morning wasn't as rough as yesterday." Trent said to Gwen."I don't know what to say about that." Gwen replied to him."It's alright; let's get on with our day. I know you'll...
continue reading...
The Goth and the Guitarist: Maternal Matters Ch. 3
posted by Gwentiscool
—Setting: Trent's apartment; at 1:35 PM—An hour passed while Gwen and Trent were waiting for their parents' response."My mom has not called or texted me back yet." Gwen said to Trent."I'm also waiting for my parents to reply." Trent told her.
"Maybe we should wait a little longer."Just then, Trent received a message from his parents."My father had a further discussion with my mother and they said they would accept our plan." Trent said as he checked his cell phone message box."I'm so glad they did." Gwen replied to Trent."I wonder if my mom will agree as well." she thought.Gwen checked her...
continue reading...
More Cards
1234567891011