8
Speedy of the Teen Titans: Not a Robin Clone
posted by somewhere

Roy Harper as Speedy.
These are the facts, and I, as a major fan of Speedy, am here to give them to you.

Speedy's real name is Roy Harper.
Roy Harper was raised by Brave Bow, a Navajo medicine chief after his father, a forest ranger, died in a forest fire.

He was given the name after Green Arrow witnessed Roy's ability to string and fire a bow in a matter of seconds, which he did to stop a robbery. GA then yelled while he clapped him on the back, "Wayta go, Speedy!"

The whole block of people who were there to witness them then dubbed Roy as Speedy. For years and years the name stuck to him.
Speedy joined Robin, Kid Flash, Aqualad and Wonder Girl in the newly-formed Teen Titans, a group originally formed from the various "teen sidekicks" active in DC comics at that time.

Speedy was initially a successful member and began dating Wonder Girl (Donna Troy). Some time later, however, Roy's fortunes took a turn for the worse. The Titans disbanded, Roy and Donna broke up, and then Green Arrow both lost his fortune and began neglecting Roy. While the Green Arrow was away on a cross-country adventure with Green Lantern and Black Canary, Roy became addicted to heroin; the award-winning story played out in Green Lantern vol. 2, #85-86 in September and November 1971. Once Roy's secret was discovered, Green Arrow angrily punched him and then threw Roy out on the street. Green Lantern later found him and left him in the care of Black Canary, who stayed by his side while he went through withdrawal. Soon after, he had a confrontation with Green Arrow that caused the two of them to stop working together.

In addition to some brief adventures with later incarnations of the Titans in the 1980s, Roy also served as a government agent for the CBI, and as a private investigator, and went on a single mission with the Suicide Squad (vol. 1 issues 11-12).

While still helping the Teen Titans on occasional missions, Roy frequently worked as a counselor for various anti-drug programs. During this time, Roy established government contacts, and was soon hired by the Central Bureau of Investigations (CBI, also known as Checkmate) as a drug enforcement agent.

Roy was given an assignment to go undercover and gain the trust of the villain Cheshire. The intention was to turn Cheshire over to the authorities, but the two fell in love and had an affair. Roy could not bring himself to turn her in, but he was concerned that his presence endangered Cheshire's life, so he left her, unaware that Cheshire was pregnant with his child.

Roy eventually learned that he was the father of Cheshire's daughter, Lian. He went on a mission with Nightwing (the former Robin) to track down Cheshire and prevent her from assassinating a group of diplomats. Roy was captured by Cheshire and then freed by Nightwing, who also brought Roy's daughter. Cheshire had left Lian in Roy's care.

Roy later returned to the Titans, and was appointed leader by Sarge Steel. At this time, he adopted the new identity of Arsenal, now equipped with a vast array of high-tech weaponry. When the original members of this latest incarnation of Titans left the team, he gathered new members and led them until the team disbanded.

Soon, another team of Teen Titans emerged. This group consisted of a teen-aged Atom (de-aged by events in Zero Hour) and new heroes Argent, Risk, Joto and Prysm. The team was funded by Loren Jupiter, who had also funded a group of Titans during Roy's time on the team.

Jupiter gathered together the original Titans (now going by the aliases of Nightwing, Tempest, Flash, Troia, and Arsenal) to combat the threat of his bitter, super-powered son Jarrod Jupiter (Haze). New and old Titans joined forces to defeat Haze – but at a price; Joto apparently lost his life, and Arsenal felt responsible for his death. Arsenal remained with this new group of Titans for a time, but eventually left the group before it disbanded.

Arsenal later came into conflict with Vandal Savage. Savage had discovered that both Roy and his daughter Lian were his descendants. Thus, their organs were suitable for him to harvest to prolong his life.

Roy was able to save his daughter from Savage. After this ordeal, Roy adopted a new look to reflect his Navajo heritage. Shortly after, the original five Titans decided to re-form the team. Arsenal served as a full-time member on the team, and resided at the new Titans Tower with his daughter, Lian.
Later, a mysterious conglomerate known as Optitron offered to sponsor the Titans and Young Justice after summoning them to San Francisco. Before any decisions could be made, a cybernetic girl from the future (known as Indigo) invaded the complex, and immediately engaged both teams in combat. With half the group out of commission, the remaining members tried to track down Indigo, but instead encountered a rogue Superman android, which had been activated. Caught by surprise, Lilith had her neck snapped by the Superman android, killing her instantly. Troia (Donna Troy's new identity) tried valiantly to defeat the Superman Android, but he released a deadly heat beam directly through her chest, killing her. Indigo arrived and shut down the Superman Android, leaving Arsenal and Nightwing to mourn the fallen Troia. Shaken by these losses, Nightwing decided to officially end the Titans.

Roy saw an opportunity. He accepted Optitron's offer and set about forming a new team: the Outsiders. He began by buying a massive secret underground headquarters beneath New York City. Roy outfitted the shelter with state-of-the-art equipment and began recruiting members for the new team. He successfully coaxed the veteran Metamorpho, as well as newcomers Grace and Thunder into joining the team. He also decided to accept Indigo as a member. Even though she had been responsible for activating the Superman android, and ultimately for Lilith's and Troia's deaths, her memories were wiped clean and she convinced Roy that she wanted to atone for what she had done.

Indigo's presence would prove to be a major sticking point for Arsenal's last recruit: Nightwing. The Titans' former leader was completely unwilling to renew his involvement in a team after such a devastating loss. Arsenal argued that the Outsiders were the next logical step for them beyond the Titans, and that perhaps a team of strangers would operate more efficiently than a team with so many emotional attachments. Nightwing, while still reluctant, agreed to join and lead the Outsiders shortly after defeating Gorilla Grodd.


Promo art for "Outsiders" (2003). Art by Tom Raney.Arsenal was shot in the chest while attempting to stop Brother Blood from activating a global network of sleeper agents. He survived, but was sidelined for months. In the interim, he assigned the Huntress as his replacement. He was hesitant to resume active duty, feeling afraid of his own limitations, but returned with encouragement from Nightwing.

Not long after his recovery, the Outsiders took on a case which involved a child-slaver and molester named Tanner. One of Tanner's informants recognized Roy from years prior, and led Tanner to Roy's daughter, Lian. Lian's nanny was killed and the girl was branded with Tanner's mark. The Outsiders arrived just in time to save Lian and other children from being flown out of New York.

Oddly, his near-death from gunshot wounds saved his life when soon he met Deathstroke. The villain, Arsenal discovered, had been posing as Batman and feeding him information since the Outsiders began. Deathstroke and Arsenal fought, with Deathstroke intending to kill him, but when the mercenary discovered the bullet scars on Arsenal's chest, he figured Arsenal had suffered enough and gave him a "pass". About the same time, Arsenal was also kidnapped by Green Arrow's nemesis Constantine Drakon. Drakon was working with the Riddler, and he slit Roy's throat so that he would have to apply constant pressure or die. The Outsiders helped search for and rescue Roy.

During Infinite Crisis, Arsenal served as leader of the Outsiders while raising Lian as a single father. He was among the heroes gathered to defend Metropolis from an invasion by the Secret Society of Super Villains (see also: Battle of Metropolis). Following the Crisis, Roy attempted to keep the Outsiders running, but unfortunately they found themselves handling low-level criminals and making little difference in the world. When Nightwing and Red Hood discovered a fellow hero, Black Lightning, was arrested for a crime he didn't commit, Nightwing helped in a rescue mission that ultimately failed. The Outsiders are believed to be dead. Arsenal soon realized he was not made for the life of a cloak-and-dagger hero, returning command to Dick and leaving the team.

Roy was approached by Hal Jordan with membership in the new Justice League. While in battle, Hal referred to him as "Red Arrow" in an attempt to stop himself from revealing Roy's name (despite the fact that Roy's identity has been public knowledge for some time now). Roy accepted membership in the League and officially adopted the identity of Red Arrow, justifying it as a final "coming of age" and outgrowing his troubled relationship with his adoptive father, Oliver Queen (Green Arrow).Roy began an intimate relationship with his teammate, Hawkgirl.

Red Arrow possesses no superhuman attributes, but he is a marksman of incredible accuracy. He is extremely adept at the use of the bow and arrow, as well as a wide array of weaponry. He also has the ability to take virtually any object and use it in combat as an effective weapon. Red Arrow is also a skilled hand-to-hand combatant and he possesses keen analytical and detective skills. He has been known to speak Japanese and understand Russian.

So, as you can clearly see... Speedy is completly his own person. XD

Thanks for reading, tell me if you want another article! 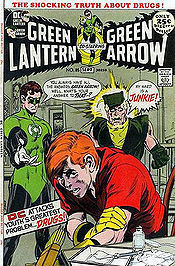 The cover to the best selling Green Lantern issue starring Speedy, "They Say it Will Kill Me But They Won't Say When." or, "Snowbirds Don't Fly." 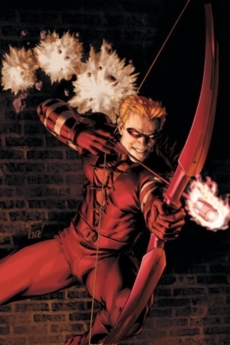 Roy Harper as Red Arrow.
speedy106, funkyrach01 and 6 others like this
child2218 wow you know alot :D
child2218 put one about dick grayson PLZZZZZZZZZZZ
Aquaven i hate chesire or whoever she is....i like speedy with raven....
runnelspeaches You forgot that there was a SECOND Speedy, Mia Dearden. She was NOT just a Smallville character. Duh.
Lucy64 haha, i was so excited when they put her on smallville! Speedys cool tho:)
StarFireGirl4 I agree that does not sound like a Robin clone.I like when he shoots his arrows they are wicked awesome!
speedy106 Um, thank you for the article, somewhere, I love Speedy.(sorta) From the start I did not think he was a clone of Robin.They are my most favorite people.They are both very charming and the most attractive(in my opinion)heroes. *like my starfire imitation?* 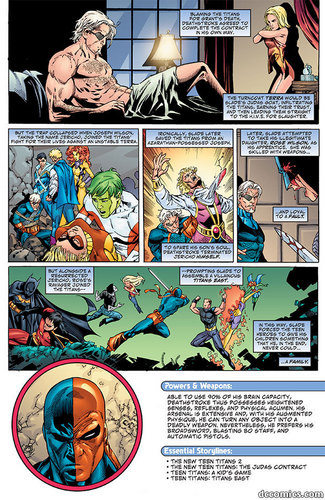 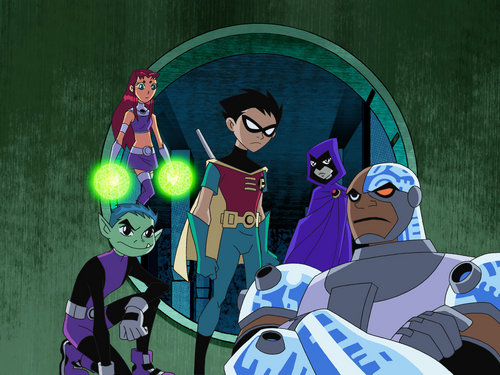 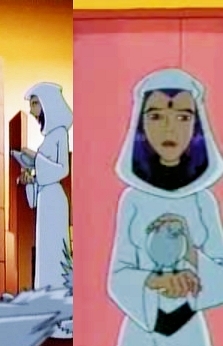 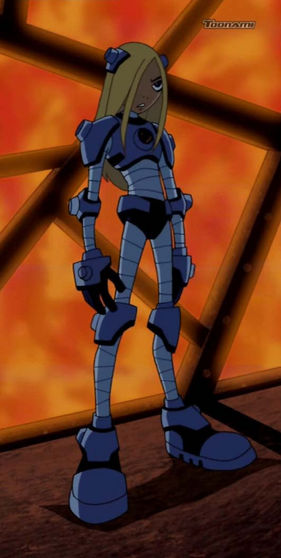 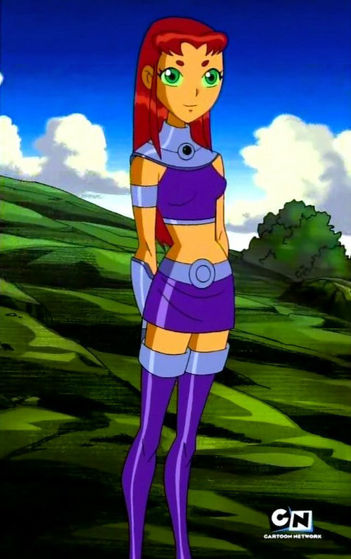 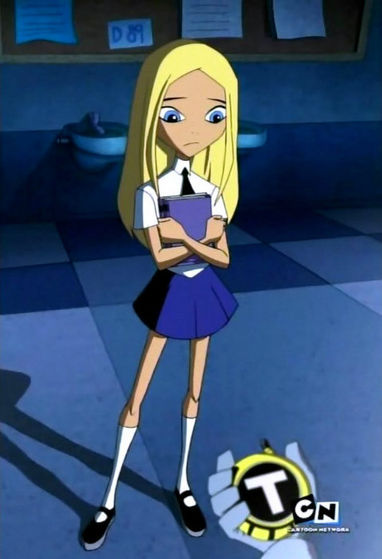 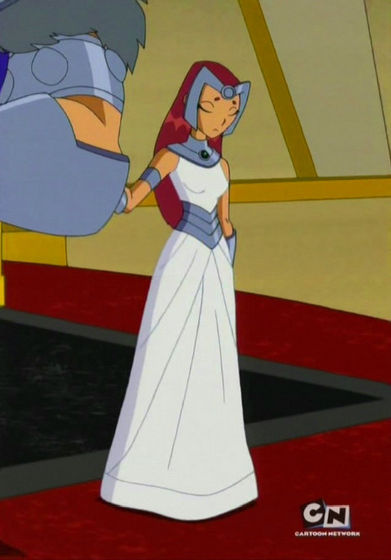 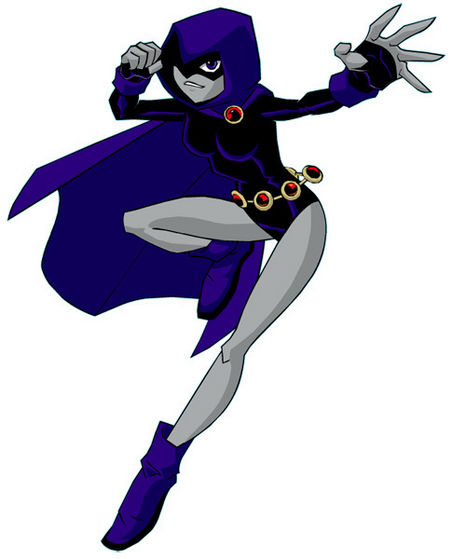 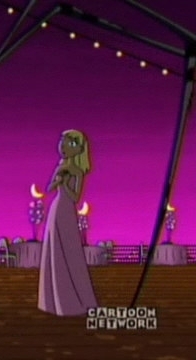 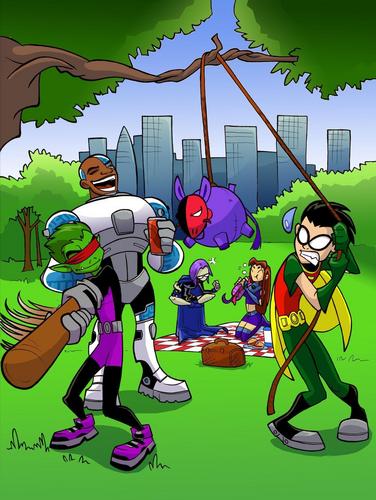 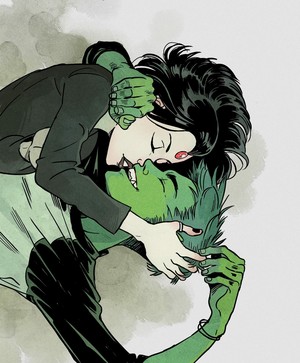 2
Teen Titans The Musical: The Phantom of the Opera
added by dragonrider
There are many Phantom of the opera teen titans videos but I am only going to post this one
video
teen
titans
the
musical
Phantom
of
opera

2
Can you feel the love tonight?
added by dragonrider
Jinx and Raven Pairing. Which I never seen before
video
teen
titans
raven
jinx 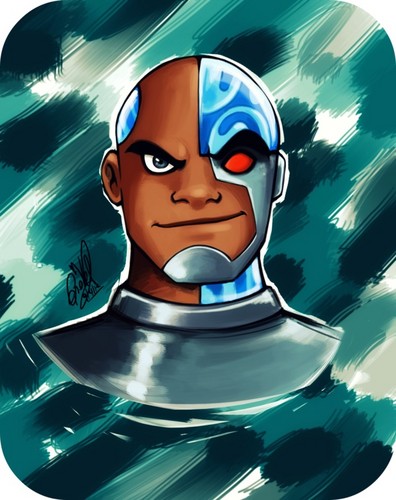 1
Cyborg
added by ImmortalRaven
Source: By: Rachel1466 (On DeviantART) 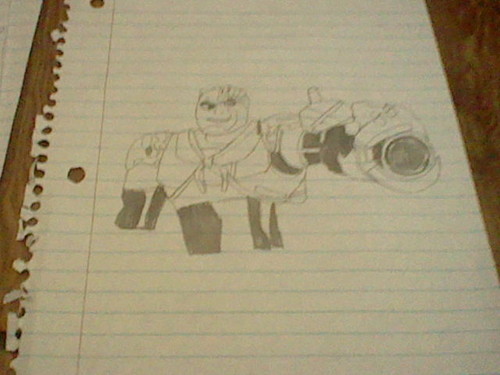 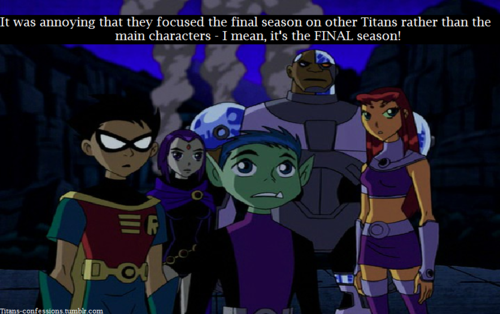 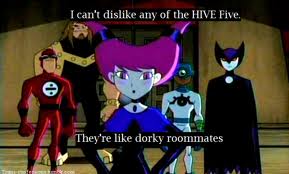