That’s So Raven: Food for Thought
posted by FanFic_Girl_26 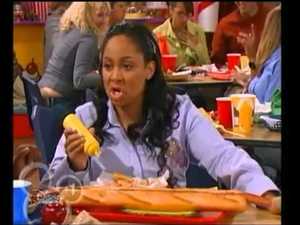 From my perspective, when it comes to the Season 3 TSR episode Food for Thought, not only do I find it to be a good one to watch — I also find it to be inspiring, especially when it comes to getting story ideas. Plus, when Raven realizes in the episode that the visions she has here are not good ones and shouldn’t come true, she does her best to put a stop to them, and succeeds as a result.

The episode begins at Bayside High School. Raven and Chelsea are at their lockers, and they turn to see the other students walk by them (with some of them looking excited about something). Raven and Chelsea begin wondering where everyone is going, and Eddie walks by before stopping to tell them they’re going to the cafeteria.

Raven: (in disbelief) Our cafeteria? (scoffs) People are normally running away from that place.

Eddie replies that he heard some company had taken over the lunch program at Bayside High. So, they follow the other students to the cafeteria.

Much to the surprise of Chelsea, Eddie and Raven, as soon as they arrive at the cafeteria, they find a food court, which is just like the ones that are usually found at a shopping mall.

Eddie: Man! A food court in school? Cha, this is like being at the mall, y’all.
Raven: Man, if they put a shoe store in the gym, I may never go home!

Then a judge named Judge Foody appears. She reveals that the food court is literally a court and merely a trial program that, when passed by the students, will be sent on to all other schools.

However, because of her being a vegetarian, as well as an advocate of eating healthy and exercising properly, Chelsea is upset and in rejection at the idea, because everything is all junk food:

Raven: Well, I’m sure we all came to a verdict when I say “Let’s eat!” (The other students begin cheering)
Chelsea: (angrily) I object! (Her words cause the other students to stop cheering, and then murmur to each other while exchanging surprised and confused looks)
Raven: (turns to Chelsea, while feeling puzzled and disappointed herself) What? Oh, Chels...
Chelsea: I’m sorry, but I don’t see any healthy choices.

Raven and Eddie stuff their faces with food such as giant hot dogs and onion rings, while Chelsea worries for them.

When they get to Raven’s house after school, and Chelsea suggests they go out and get some fresh air (as well as exercise), Raven and Eddie turn down her offer. Finally, she asks them if they knew what the food from the food court is doing to them. Although Raven initially denies it (saying that nothing is wrong with them or the food, which she views as “delicious”), she is quick to change her tune when she has a vision of herself, Eddie and the other students at school having a rump the size of their head (which also includes sequins breaking off the seat of her pants). She then decides that Chelsea’s hunch about the food court was right (and had been the whole time):

Raven: (after coming out of the vision she saw) Oh, I saw the future, and it was HUGE! It was like Attack of the Giant Booties!
Chelsea: Really? Wh-What’d you see?
Raven: Well, the whole school was getting fat, Chels. I’m talking about a lot of junk in the trunk, homie.
Chelsea: See, Rae? See, now that could be your future if you keep eating at the food court.
Raven: You’re right, Chels. I’m done with the food court.
Chelsea: Good.
Raven: Starting with these cheese sticks.

With that, Raven gives up her habits of eating at the food court and decides to help Chelsea out with her campaign against it.

Raven: People, people, listen to me... please listen to me. Put down the pies. Do not maximize. You got to exercise! Or the scales will rise, and so will your thighs!
Eddie: Who wants some fries?

After Raven gets a vision where Judge Foody is on her cellphone talking to someone about the kids voting yes to the food court and that it means putting the food courts into all schools, she and Chelsea decide to take action in order to prevent this from happening. So, they take samples of the food to the science lab, and show the other students what is actually in the food on the final day.

Afterwards, Chelsea rolls in a helium tank and uses it to inflate Raven’s tracksuit, and Raven gives a demonstration on how fat they would get. She then informs them that it is OK to eat junk food (but only once in a while), but if a person eats it all the time, they would get really sick.

Raven tells Chelsea to turn off the helium tank, but Chelsea breaks the knob, and Raven inflates out of control, eventually floating and flying wildly when Chelsea takes out the nozzle. The food court closes, and the school returns to normal.

From my perspective, this episode is really good, as well as very neat and well-made too, especially those words of wisdom from Raven about how eating a treat once in a while is OK. Also, Raven shows that not only is she witty in this episode — she is also wise. In this case, Raven is wise enough to know that the visions she has here are not good ones; they are far from it, in fact. She also takes the initiative in not letting those visions happen at all... and succeeds because of her efforts. Good for her.

Finally, I give this episode a double thumbs up, and I highly recommend it as well. :) 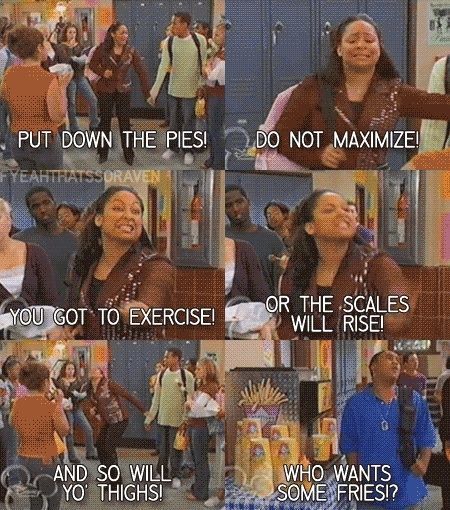 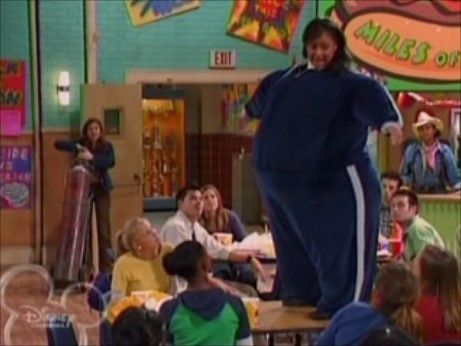 Raven: You can eat junk food once in a while, but if you eat it all the time, it can make you seriously sick.
akatsuki48 likes this 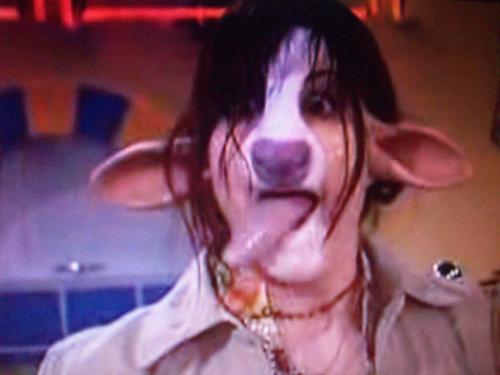 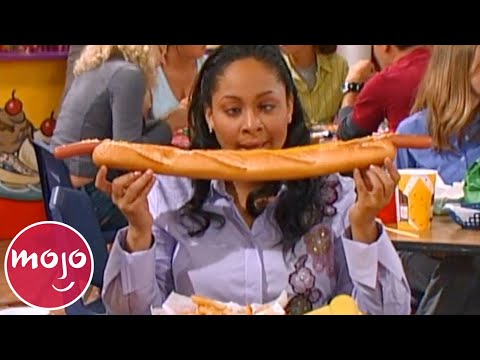 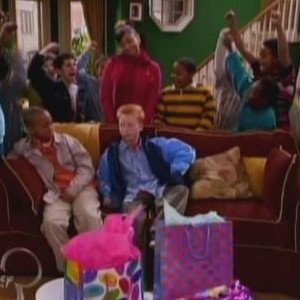 Raven and Corey
added by OakTown_Queen 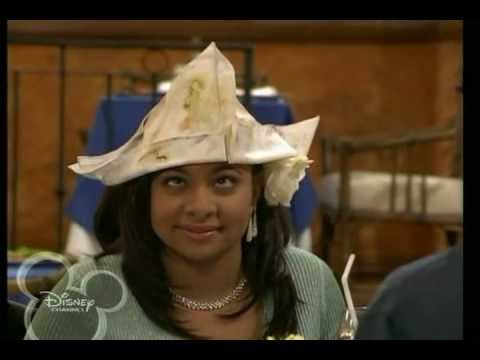 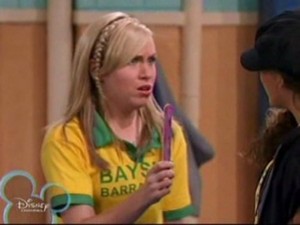 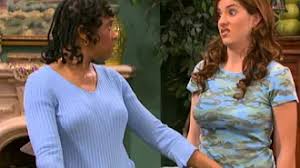 Raven and Cory’s mom and Chelsea
added by OakTown_Queen

Raven and Chelsea
added by OakTown_Queen

Raven and Eddie
added by OakTown_Queen

Eddie and Raven
added by OakTown_Queen