The Amazing World of Gumball The Refund
posted by crazycow4556
Gumball and Darwin waited 7 long months (long enough for hair to grow on Darwin's legs) to receive a video game, and they have finally received it. Excitedly, the boys open the disk slot on their game system and try to fit in the game, only to find that the game is in a cartridge and won't work with their system. Disappointed, they set off to the video game store to get a refund. Once they arrive at Ripley 2000, they ask Larry for a refund, to which he states that he can't give no matter how much he wants to. Larry says he isn't allowed to give refunds, and his boss is watching him through a security camera. The boys become upset and swear to get the refund out of Larry.
They then leave, only to return and nonchalantly ask Larry for a refund, which he refuses to give. The Ripley 2000 Manager then calls Larry, where he says that he did not give the refund.

The next ploy involves Gumball imitating the police using a bullhorn. At first, Larry is intimidated, but then he realizes that the boys are not actually the police and busts them, after telling them that he cannot give a refund. The boys then try to hypnotize Larry, but this proves to be a waste of time after he refuses to give them a refund. After that, the boys try again using sympathy. They pull out a TV and show Larry a video about the "hundreds of children that buy computer games and don't receive refunds", featuring a kid named "Jimmy" (portrayed by Anais), who lives in a shoebox and a sad song about the children who have wasted their money on bad video games. Larry feels very guilty as a result, but still refuses the boys a refund.

Richard says he will handle the problem. He puts on a biker jacket, draws a tattoo, and grows a mustache to look intimidating, then goes to the shop to try and intimidate Larry into giving him a refund. When that doesn't work, he places the game on the counter and takes money from the cash register, which calls out the manager. Larry manages to escape, but Richard and the boys are trapped. The shadow on the door shows a frightening, large puffy monster, but the door opens and reveals a small, cute bear as the manager.

Richard laughs and makes fun of him, and asks for a refund, which causes the bear to attack him by biting him and crawling on him. Gumball and Darwin freeze, laughing at Richard, before they dash into the manager's office. Richard is losing the fight when Gumball and Darwin come out of the office with a security tape, which they blackmail the bear with. Suddenly, appearing to be in a nicer mood, the bear offers the three a 1% discount on a game system for the game (which the three find a bargain).

The game system is purchased and taken home, only for the three to find that the manager had ripped them off with a paper shredder.
2
Anais and Tina ( PART ONE )
posted by stellawinx101
One day at school, Anais, Gumball and Darwin were in the boys' toilet. " Gumball.. " " Yes, baby sis?" asked Gumball. " I'm female. Why am I in the male's toilet?" asked Anais, " Hahahahaha!" Gumball laughs.
" Darwin!" ordered Gumball. " We are here to talk about what Tina's done to us! She kicked my butt!" told Darwin. " She hates me and one time, she wanted to ate me!" shouts Gumball.
" Anais.. what's your problem with her? Oh! Daisy! Let's take revenge on her!" suggests Gumball. " I told her to take it! She needs it more than I do, Gumball!" told Anais.
Anais walked out of the toilet and...
continue reading...
1
Mr.Small has a crush!! Part 9
posted by chillyneon
Ms.Dian layed down with Penny on the sundeck chairs as Gumball and Darwin tried to fix the boom-box ( since they got water all over it) and Mr.Small talked to Rocky.

Ms.Dian walked around just to find Mr.Small right infront of her.

Rocky watched with suspense as Penny read her magazine.

Ms Dian looked around before saying her final answer..

Masami gave her a heads up. So did Penny

Her final answer was.......
My articles will take time
posted by chillyneon
Hey guys!!!! As u know my articles are going fast, but I'll have to slow down on them. I'm working on something else plus this sat I'm going to Williamsburg so I won't have much time. But I'll still make more articles just slower and longer!!!!! I am working on another article that's taking a lot if time so these articles might be slower......... Thanks anyways!! B no.4 and 5 coming Kout march 6!!!!!! Anyways I am also working on fan art which takes awhile so I promise I'll get to that. I'll also bring back pics from Williamsburg for all u guys to see!! MOOOOOOOOOO MAY THE FORCE BE WITH U!!!!!!!! B.
1
Mr.Small has a crush!!! Part 2
posted by chillyneon
Mr.Small sat with Gumball and Darwin outside. The air felt nice on a hot,summer day.Gumball was telling Mr.Small how to impress Ms.Dian.
First of all, you need to look tough. Gumball took some paper towels from Darwin who was cleaning some soda off of his shoe. Gumball stuffed his shirt with paper towels to look strong. He walked around looking strong and saying stupid things in a deep voice. Just then, Ms.Dian walked by and Mr.Small started to wheeze. He's losing his breath!!! Screamed Darwin. Stand clear!!! Said Gumball, taking two squirrles and rubbing them together. The squirrles made static electricity, which Gumball placed on Mr.Small, causing him to wake up in a painful shock. Oh no. Said Mr.Small. I totally embarassed myself. He started to weep in his hands,until Ms.Dian came up and tapped him on the shoulder. Are u ok? She said. Y-y-y-yes. He said. Good! Then she skipped away. Mr.Small eventualy fell into a coma, and Ms.Dian took him to the hospital.

TO BE CONTINUED.........
Mr.Small has a crush!!!
posted by chillyneon
It was another sunny day at Elmore Junior High School. Gumball and Darwin walked inside to there classroom where Ms.Simian was, filing her paper's. Just then, the bell rang. All of the paper airplanes stopped,and everyone rushed back to their seats. " Okay class" said Ms.Simian, " today we have a new teacher coming to our school. Her name is Ms.Dian. She will be helping me with work and come on field trips with us. Gumball passed Darwin a note while Ms.Simian was turned around facing the board. Darwin read the note. It said " I hope she kidnaps Ms.Simian so that school will be better!" Darwin...
continue reading...
Mr.Small has a crush!!!! Part 7
posted by chillyneon
Just then Darwin comes flying in between Mr.Small and Ms.Dian. Ms.Dian does a flip in the air, and makes a huge splash in the water.
Woohoo! who wants to see me on the high dive?! she said.
She climbed up on the high dive, and jumped way down.......way way wayyyyyy down.
HUGE SPLASH!!
All of the girls gave her a 10, which made her feel alot better.
She walked over to the pool deck, and opend up a comic book (????)
Now's your chance said darwin pointing to Ms.Dian.
I dont know. Said Mr.Small rubbing his arm.
Just then,Rocky walks up to Ms.Dian and they start talking.
Whatever. Said Mr.Small. Its no use.
Just then, Rocky ran over to Mr.Small
Wannna play vollyball?
He accepted, and off he went with rocky to play with ms.dian
BUT remember this...
Ms.Dian fell in the pool with her clothes on, and she did the high dive with her clothes on.
No she has to wear a bikini O_O
Watch out Mr.Small! 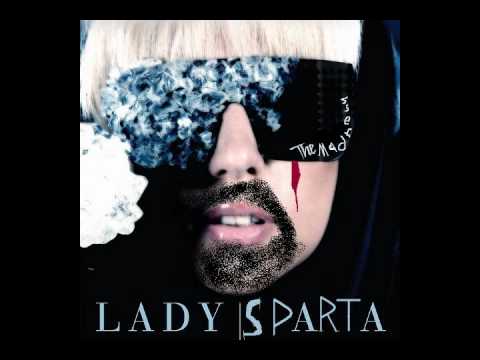