1
The Amazing World of Gumball The Curse
posted by crazycow4556
It starts out with the family waiting in the hallway for Gumball to get out the shower. While waiting, Anais asks if the family can go to Daisyland. When Nicole explains that they can't because the tickets are expensive, Richard and Darwin start to concentrate very hard in an attempt to get Daisyland tickets out of nowhere. In the shower, Gumball slips into the toilet and gets flushed down into the sewer. Later on, Gumball, Darwin, and Anais try to catch the bus. Much to Gumball's dismay he misses his chance to enter the bus and instead is dragged by the finger by the bus the entire way. Shrugging off his early streak of bad luck, he tries to cheer himself up with a song, only to get stomped on by Hector.
His clothes now torn, Gumball goes off to talk to Darwin and Anais until Principal Brown demands he wear something more appropriate to the school dress code. At the lost-and-found, Rocky gives him short trunks and a fedora, much to the humor of his classmates. Gumball then retaliates to Banana Joe's insults but Principal Brown accidentally walks in and gets offended, thus landing Gumball in detention.

Gumball and Darwin then realize that Gumball is cursed, so they try to fix it. Their first solution was to find a four-leaf clover; however, Gumball grabs onto a nearby football which is then kicked, launching Gumball along with it. He lands on goal post and is smashed by it. As a last resort, Gumball then goes to Anais for advice, in which she attempts to explain why the idea of ‘bad luck’ is a myth and attempts to disprove it by having Gumball perform 3 tasks known for causing bad luck. When Gumball is struck by a random indoor thunderbolt, Anais admits that logic and reasoning wasn't going to work this time. Darwin then hypothesized that Gumball ran out of good luck for the day, to which Anais and Gumball agree.

Meanwhile in detention, Gumball is being stared down by Principal Brown. Once the Principal leaves, Gumball becomes more aware of potentially dangerous things in the classroom. Seeing that the items aren't doing anything, he relaxes as he sighs in relief. However, Brown slams the door in anger, which leads to the light cover falling on books which launched sharpened pencils at Gumball that he quickly dodges. A fan in the classroom then pushes some things over which break a cap on the radiator that then begins to leak gas in the room.

Gumball then runs out in fear as the room explodes, launching him into a mop bucket. Dodging another explosion, Gumball is sent over a cliff and ends up riding down the Elmore Expressway while a series of ‘bad luck’ events literally blow up around him as he dodges dangers on the street. After surviving the ordeal, Gumball comes across an unfinished part of the expressway. Knowing that he couldn't stop his momentum in time, he attempts to push his luck and jump the overpass--a gamble that instead sees Gumball falling into a gorge below.

Gumball then wakes up in the hospital, barely escaping death. His family then decides that since logic and reasoning didn't seem to apply for the entire ordeal, they should all concentrate hard enough for Daisyland tickets to appear.

At Daisyland, Tobias’s Dad tries to hand their family pass to the booth but the ticket slips out of his hand and is carried away by the wind. After traveling across the freeway and even onto an airplane, the ticket finally floats into the room where the Wattersons were at. The family then rejoices at its arrival before its destroyed by a fan. As the family gapes in shock, Darwin reveals that he wished for snow, and the pieces flying over was a great substitute for it.
melodybryant likes this
The Amazing World of Gumball The Kiss
posted by crazycow4556
Richard is seen loading the car while Nicole tells the children to behave for Granny Jojo. Gumball says he doesn't want Granny Jojo to kiss him on the cheek, but Nicole says he will let her do it anyway. Gumball questions the specialness of getting kissed on the cheek while watching Nicole and Richard drive away quickly to get away from Jojo.
Granny Jojo steps off the bus with her luggage, puts on lipstick in a menacing way, and kisses Anais and Darwin on the cheek. As she gives Anais her bags, Gumball slowly walks over to her for his kiss on the cheek. Just then, his name is called, causing...
continue reading...
1
The Amazing World of Gumball The Treasure
posted by crazycow4556 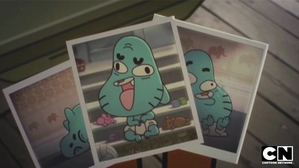 baby gumball
The 10 episode of Season 2.Anais uncovers a secret that she's sure will lead her to the Wattersons's hidden family treasure.It's air at October 25, 2012, but this officialy airs October 30, 2012. Is will shows this:The episode starts in the living room, where Richard is taking a nap. Richard, being a compulsive sleep talker, becomes a source of amusement for the kids. After poking fun at him for a bit, Nicole comes back from grocery shopping and scolds them for messing with their father. The kids help Nicole bring the groceries in, but are surprised at the high quality food she bought. Nicole...
continue reading... 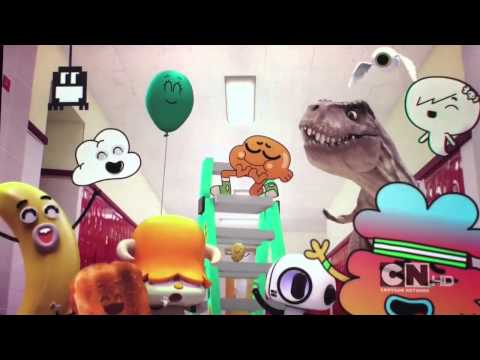 1
what he thinks about us, song by darwin
added by melodybryant
this is a song sung by Darwin, in episode the words.
video
darwin
i
am
the
biggest
fan 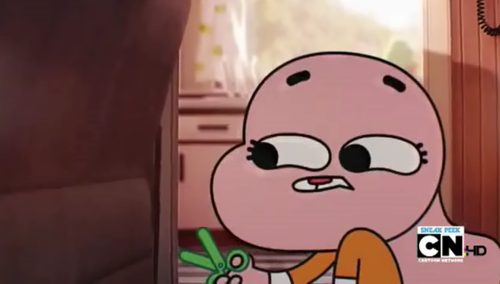 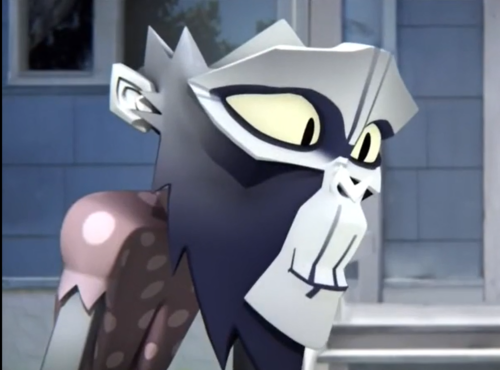 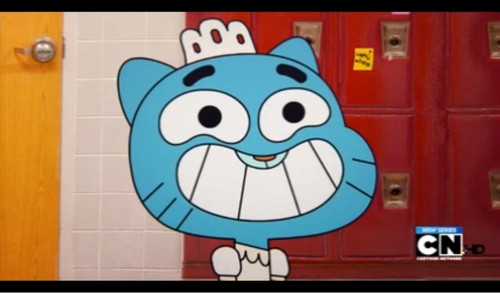 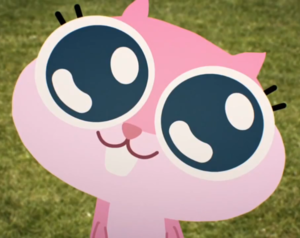 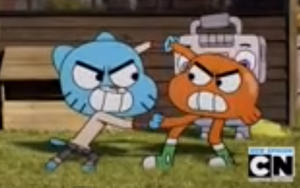 2
Gumball vs Darwin
added by personoflolol 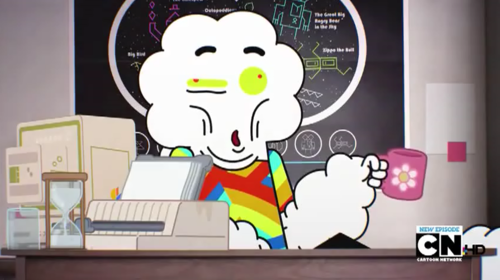 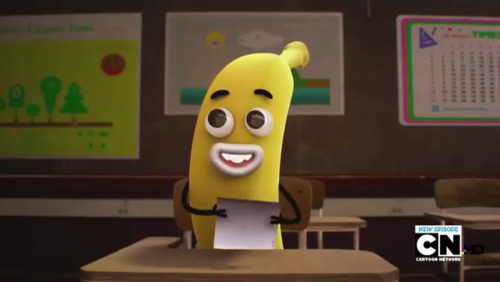 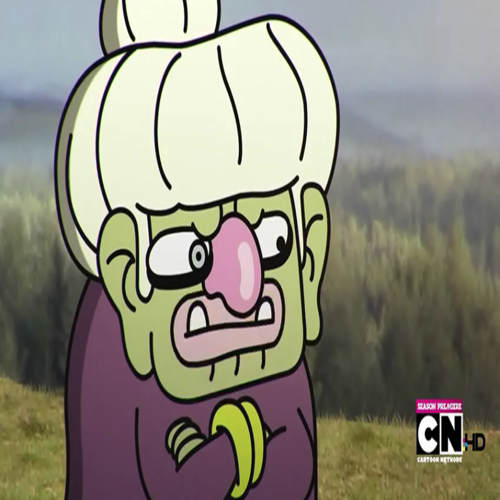 1
The Mother Of Hector From Gumball
added by ZimZaxalia
Source: ZimZaxalia
The Amazing World of Gumball The Microwave
posted by crazycow4556
The episode begins with Gumball announcing to Darwin his latest creation; "the grossest thing ever." A jar filled with many gross things like bird feces and throw up. Darwin asks if he's sure his Tap Dancing Dolphin impression still holds up to which, Gumball bluntly explains "no." While they discuss what they are going to do with the jar Richard mistakes it for his coffee cup, which he grabs and throws it into the microwave. Gumball and Darwin agree to nuke it, to their convenience of the jar already being heated up in the microwave.
As it starts to burn an 'eye' forms in the muck of the jar....
continue reading... 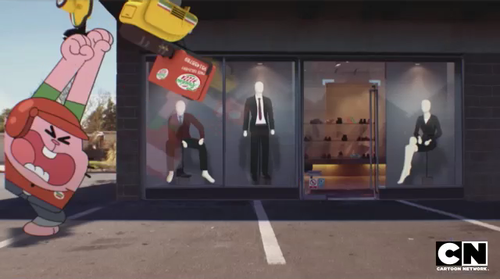 Slenderman On The Job
added by Nintendofan12 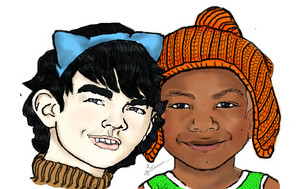 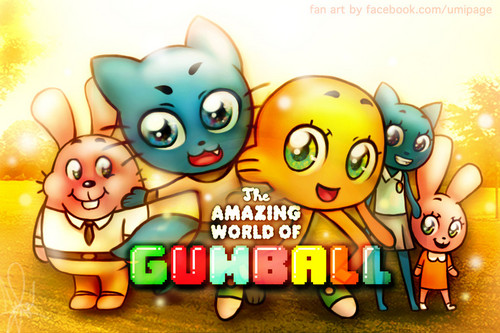