6
Pranks for the Memories Part 5
posted by 80smusiclover1
The more the Beatles and Laura walked, the more convinced they became that someone did indeed sneak inside the studios. By the time they approached the door leading to the backyard, Paul said, "These noises we've been hearing seem to be coming from outside!" At that moment, the horn of Laura's unicorn costume lit up, and she said, "Uncle Paul, this must mean there are more clues that could lead us to whoever the person is once we go out. What do you say?" He replied, "Good thinking there, Laura! I was just about to say the same thing." Her father nodded in agreement, and she winked in response. Ringo said, "But how are we gonna unlock the door? Surely the backyard hasn't been touched on until now!" John said, "Oh, that's easy peasy! Watch this." He then used his pirate hook which acted as a key, thus opening the door for the first time! The others were amazed with Paul remarking, "Woah, Johnny! That was one of the most clever tricks I've seen!" He replied, "Heh, heh! Sure was, matey!" With that, they went out to the yard and carried on with their investigation.

TO BE CONTINUED
Peaceandlove67, RocknRollSoul60 and 4 others like this
BingoPB They don't call John "the smart one" for nothing!
RetroRock64 Indeed.
60smusicluv I think they're all smart in their own ways.
Roldan13 Well said, Jan.
RocknRollSoul60 Yeah, yeah, yeah!
Peaceandlove67 They're getting closer, I believe.
80smusiclover1 You bet they are.
Rubyrings That leaves George and Ringo to use their costumes to save the day somehow....
80smusiclover1 Correct.
6
Pranks for the Memories Part 6
posted by 80smusiclover1
"Aha! Now I know who caused the lights inside the studios to go off and where those noises are coming from.", declared Paul as he and Ringo inspected a wire that was connected to the nearby power system. The latter said, "Well, who do you think could it be?" Paul replied, "Considering the surrounding areas are still bright and that the creepy noises seem to be only playing in repeat on a radio, these must be the works of...a prankster!" George said, "Makes a lot of sense, I should say!" Ringo breathed a sigh of relief and remarked, "I'm glad there's nothing serious going on! Now, how can we...
continue reading...
6
Pranks for the Memories Part 4
posted by 80smusiclover1
With lanterns in hand and Paul leading the investigation, everyone proceeded to find out what was causing the seemingly supernatural things around the studios. The creepy noises and howls didn't scare them anymore thanks to their experience at the West Pier. Plus, they had each other. As the group walked, Paul heard the sound of running water coming from the restroom. He then said, "Something fishy must be going on in the loo! You mates wait here while Ringo and I check it." George replied, "All right. Take care." They went inside and sure enough, the sink was nearly overflowing due to its...
continue reading...
6
Pranks for the Memories Part 1
posted by 80smusiclover1
The spirit of Halloween is being felt all over London, and George and Laura were on their way to Abbey Road Studios for a special party with the other Beatles. As for their costumes, the former was King Arthur while the latter was an adorable unicorn. Laura said, "I guess we won't have to get rid of any troublemaking ghosts this time, daddy George!" He replied, "Oh, absolutely not! The party will simply be good ol' fun, complete with lots of candy and music." Laura remarked, "Awesome! Can't wait for it!" George said, "Me too! But remember not to eat too much of the sweet treats, love. Otherwise, you'll ruin your pearly whites, and you wouldn't want that to happen." Laura replied, "No, of course I won't. Thanks for the kind reminder!" George smiled and replied, "It was me great pleasure, darling!" Before long, they made it to the studios. George parked his car just across the street, and they proceeded to go inside while his daughter rode on his shoulders. 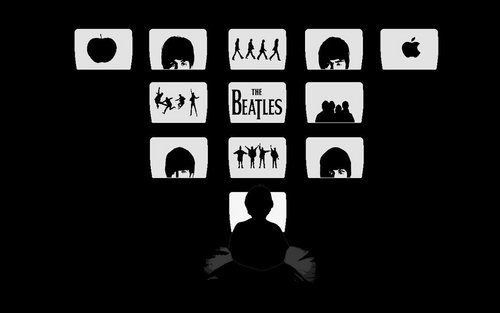 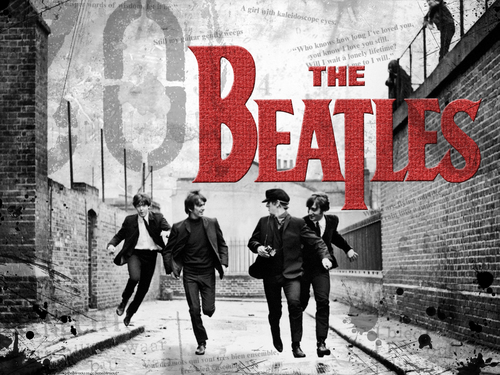 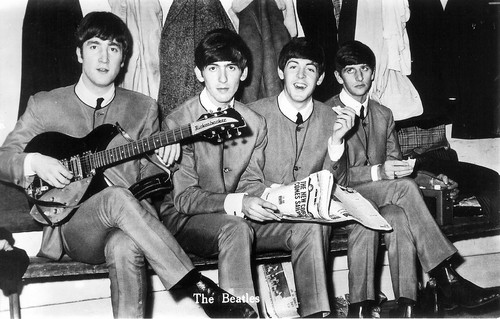 3
The Beatles, 1963
added by Lorinna
Source: goes to its author. 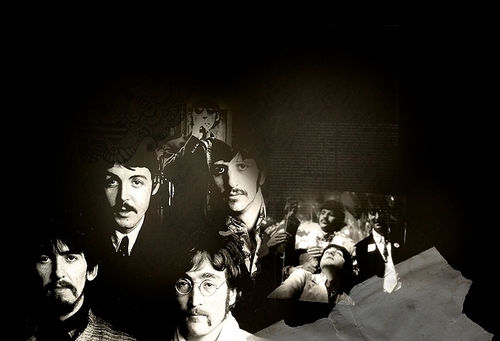 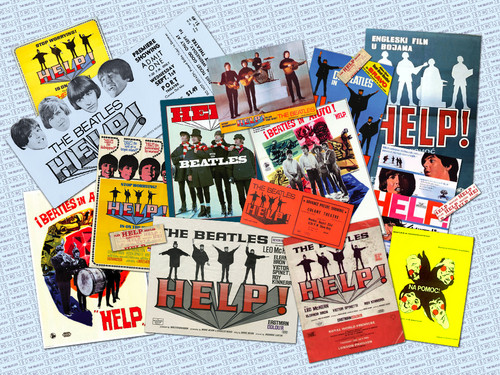 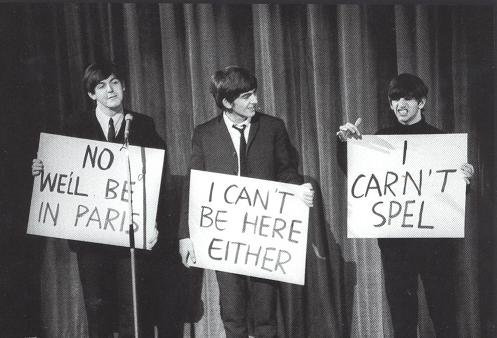 4
I carn't spel
added by tellymaster 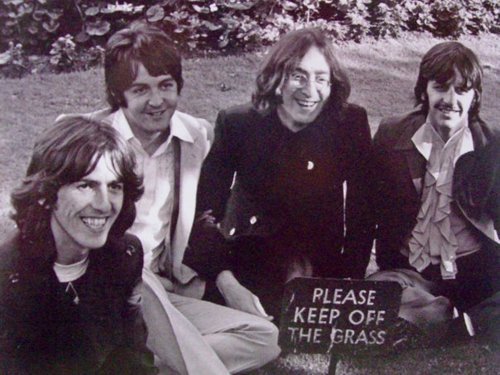 3
Please keep off the grass.
added by megann1992 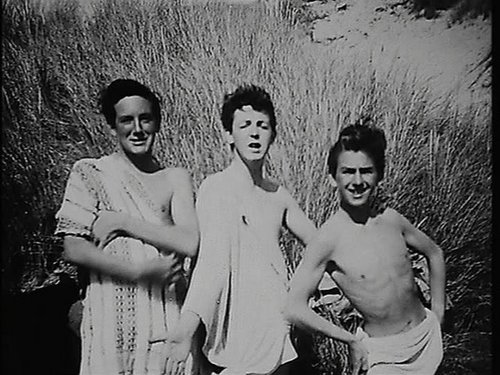 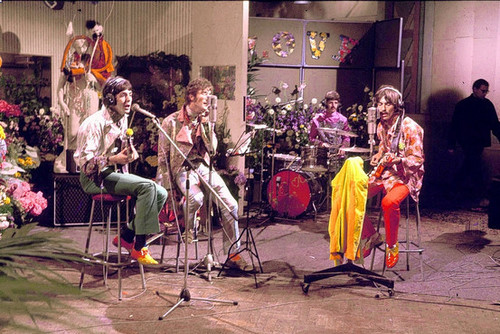 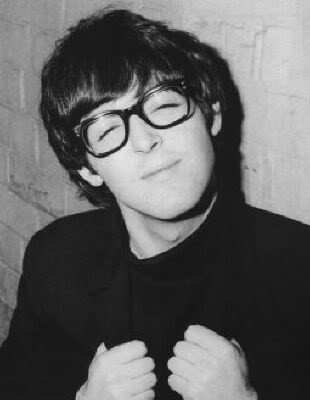 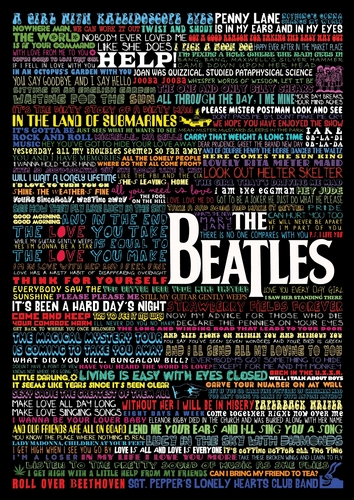 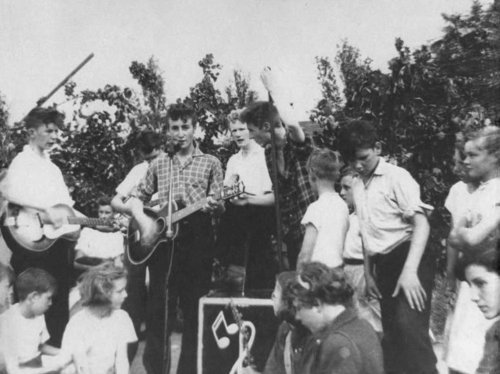 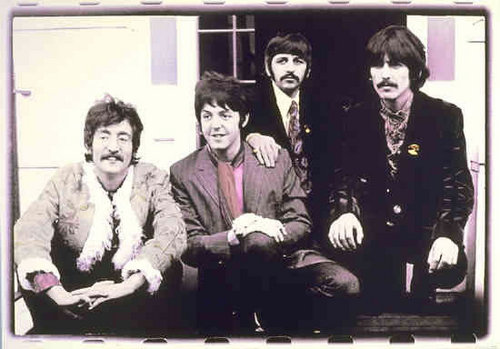 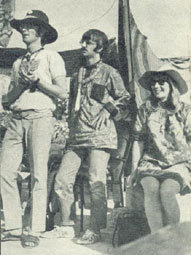 1
The Beatles in Greece
added by erlina41
Source: greek photographer 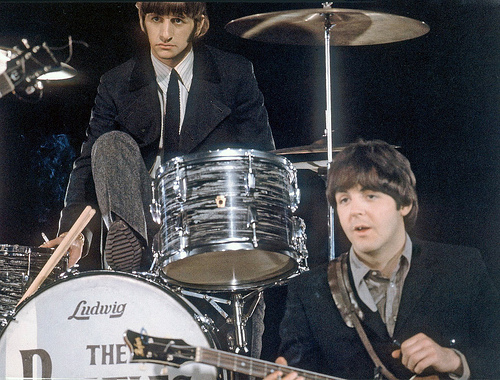 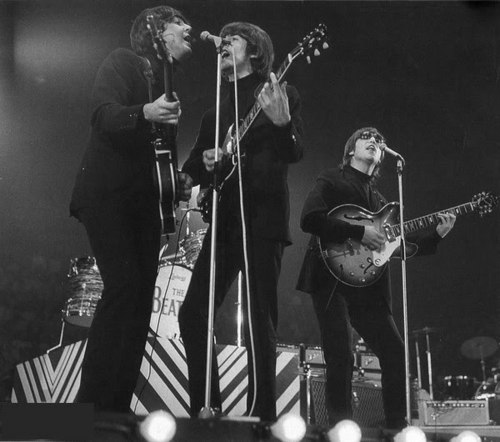