3
My True Love Chapter 4. Nessies Point of veiw
posted by Twilightsauce
This chapter is for Holly_Twilight. Thankz!

As we pulled up at the Denali covens house Jacob helped me out of the car and then carried me in the house.
“Nessie, Bella, Alice, Rose, Esme;” Kate called as she came running out of the house “guess what, Garret proposed!” she squealed as she skidded to a stop besides Jacob and me.
“Sorry Jacob, but I’m going to be needing all the girls for the time being,” she giggled, “Oh Ness, I knew you would be bad but you look awful honey!” she said sympathetically.
“Kate, I think I want to stay with Jacob, if that ok with you. But congratulations about the engagement I am thrilled.” I pleaded looking up into her topaz eyes.
“That’s cool with me Ness, but I think you should go and have fun with the others; we’ve got forever to be together.” Jacob replied cooly
“There is not an option you are coming with me and that is final!” Katie ordered, scooping me out of Jacobs’s arms and whisking me toward the front door. I caught a glimpse of Jacobs’s startled expression while the other men howled with laughter,
“Get used to it Jacob, these women can be very scary!” Emmet joked with him.
Kate slammed the door behind them and within a second I was in a room full of laughing women.

It was hours later when I emerged from the room in a blindingly happy mood. Most of the wedding arrangements had been made and the ceremony was in a month! Alice, Mum and Tanya were going to be Kate’s bridesmaids, Rosalie would be playing the music, Carlisle and Edward would be Garrets best men, Eleazer would walk Kate down the aisle, Esme and Carmen would be in charge of most the arrangements and Jasper and Emmet would chaperone all the guests. That only left me; and I had the best job. I was Kate’s maid of honour! Even with the scare of somebody trying to break our defences, the thought of being Kate’s maid of honour was enough to distract me!
“I can do it, I can walk!” I exclaimed as Alice, Mum and Esme all tried to hold some part of me as I took my first steps in a week. I knew what Carlisle meant about being weak; it was going to be a while until I could learn to fight, much to mum and dad’s delight.
All of a sudden I felt the hands disappear behind me. As I slowly spun around I saw that every vampire occupying the Denali’s overly spacious house, were suddenly behind me in a low crouch.
“What’s going.....?” I cried but I could not finish my sentence as all of the breath was knocked out of me as mum lifted me into her stone arms and raced me upstairs, with Jacob and Dad following closely behind.

When we were upstairs mum put me down gently on my bed (in one of the many spare rooms that I had been sharing with Jacob) but I jumped up and stumbled clumsily over to the window only to see a white flash dash out towards the highway.
“What was that?” I breathed
“There was another vampire outside the house.” Dad replied flatly. That was not a good sign; Dad only spoke in a flat voice when things were bad. Very bad.
“Was it the same one in Forks?” I questioned.
“Yes, it was the same one.” Mum whispered.
“Oh, well do you know who it is?” I asked
“No, it was raining in Forks and it washed away any scent.
“Mum; I want to fight.” I said stubbornly. I may only be half vampire but if I got taught... my thoughts were interrupted by all three of them.
“NO,” they said in union
“But I could help!” I wailed.
All of a sudden there was a thunderous crashing from outside the house. We all froze.
Tokio_HotelXD, Melissa93 and 1 other like this
2
My true Love Chapter 3. Nessies point of veiw
posted by Twilightsauce
Hey..x
Here is chapter 3 of My True Love. Please go to my profile to rate and leave comments THANKS!!!


I was shocked at the sight I saw when I woke up. Everybody was rushing around carrying heavy bags and fancy looking equipment to the cars outside.
“Jasper?” I called, I was anxious to know what was going on and I knew that he was the only one who would give me a straight answer. He was at my side before I could blink.
“What is it that you want Nessie?” he asked with a warm but not quite genuine smile.
“What is happening?” I whispered “I just woke up and I can’t see mum or dad...
continue reading...
2
My True Love Chapter 2. Nessie's point of veiw
posted by Twilightsauce
Hi...x
Here is chapter 2 of my story please comment and rate & and check out my other work on my profile Thankyou for showing intrest in my work I REALLY APRECIATE it...x
Twilightsauce

I woke to an annoying beeping sound.
“Uhg,” I knew where I was. I was in Carlisle’s miniature ‘hospital’. “Jacob? Mum? Dad?” I questioned groggily.
“Were right here sweetie,” I heard mums wind chime voice tingle “um... you passed out.” She mumbled, sounding nervous. That was strange, mum NEVER sounded nervous.
“How long have I been sleeping?” I groaned.
“17hours,” Dad said smiling...
continue reading...
3
My True Love Chapter 1. Nessies Point of Veiw
posted by Twilightsauce
Hey guys. I have begun writing this book from Nessies point of veiw. I hope you enjoy. Please leave any comments. I will post the next chapter soon! 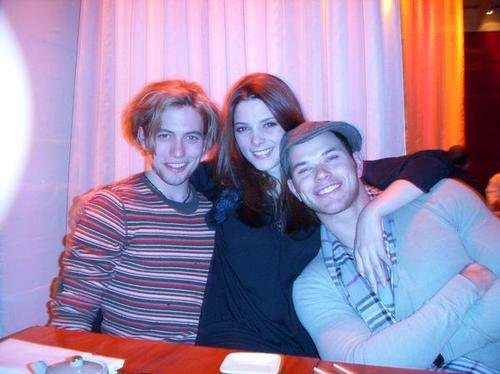 4
The Cullens
added by jessie_k 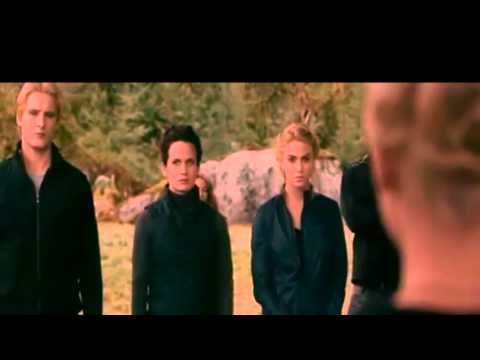 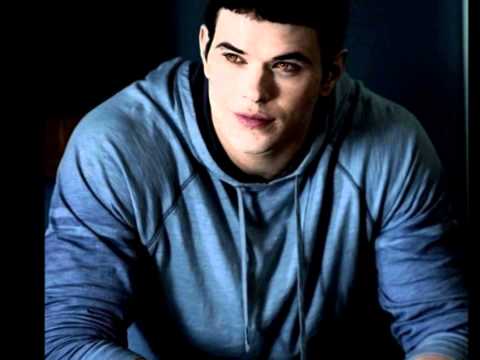 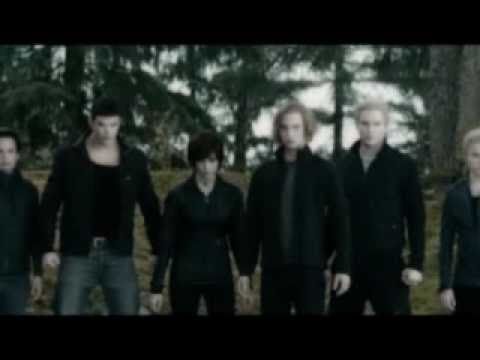 The Cullens ll We Are One
added by rkebfan4ever
credit:Wincsi
video
the cullens
fanvid 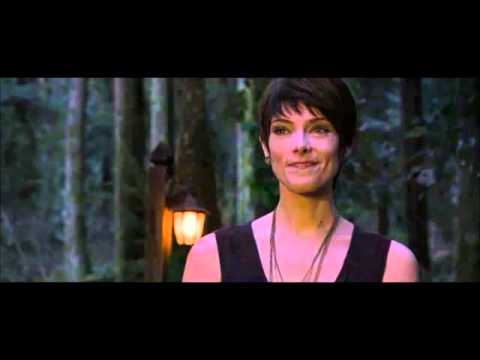 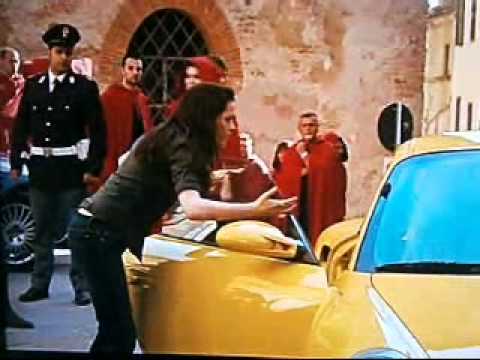 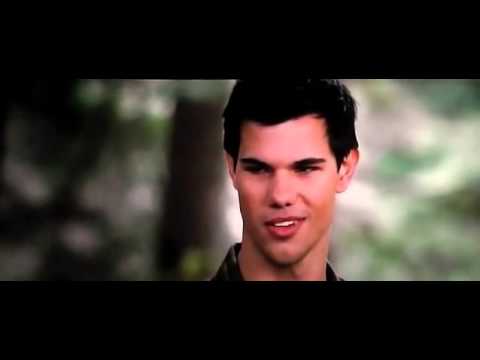 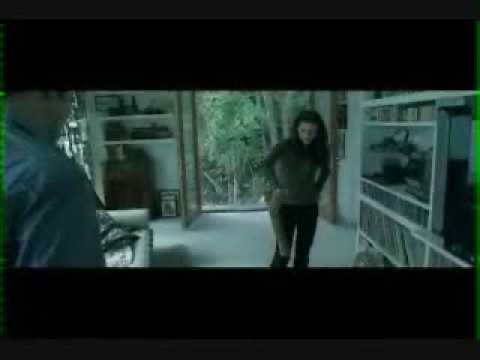 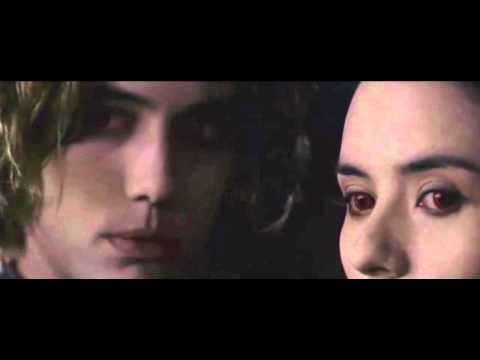 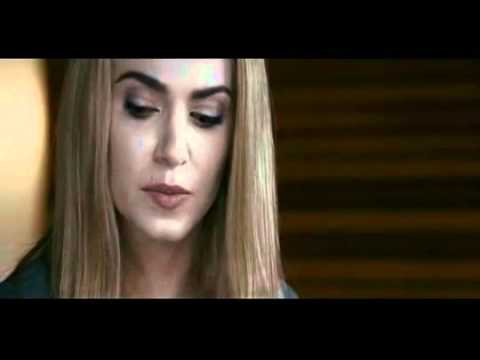