2
My True Love Chapter 11. Nessies Point of Veiw
posted by Twilightsauce
Hey...x
Okay so this chapter is my favourite and I think you are going to enjoy (crossed fingers) it! Okay so just remeber to leave your feedback-it's always great to see it.
Amber/Twilightsauce

Alice wouldn’t let me go until she and Rosalie had given me a complete makeover; I didn’t complain though, it was nice to have girl time. Jacob gave me a dazzling smile as I walked back into the living room a full hour later, he and Emmet and jasper had probably been chatting about some new turbo engine.
“Wow you look... amazing,” Jacob breathed as I walked into his open arms while Emmet wolf whistled, trying to annoy me. I laughed and stuck my tongue out at him whilst I pulled Jacob out of the open back door.
As soon as we were alone in the green forest I broke into a run, Jacob following behind me laughing. I came to a stop in a small clearing not much larger than my bedroom. I turned around and he was standing there. The beauty of him knocked the breath out of me, his bare tanned chest so smooth and sleek, his eyes sparkling with excitement and his smile so wide and happy. He was the thing that made me whole. I was about to speak but Jake beat me,
“Nessie, I need to ask you something,” he said his brown eyes searching mine,
“Yes Jake, what do you want to ask me?” I smiled, confused.
“Nessie, I love you and I want to stay with you forever, do you feel the same way?”
“Yes, of course I do Jake, I love you more than anything; you complete my soul!” I cried, wondering what could have brought this on, I was clueless.
“Then I have one more question,” Jake said as he bent down on one knee. I gasped as he took my hand in his, “Renesmee Carlie Cullen, I love you more than anything I promise to never fail you and be there for you always. Will you marry me?” he said his voice full of emotion.
My mind was racing but I could only think of one word, “Yes,” I whispered as a fat tear rolled down my cheek, “Yes Jake, I will marry you,” I laughed as more tears spilled over. Jake leaped up and whirled me around laughing between passionate kisses. This was the best day of my life. Jake and I were going to be eternally joined, together forever. I laughed as well as we floated up in our big bubble, never to be disturbed.
When he set me down he dug into the pocket of his baggy shorts that I loved. He pulled out a silver box and slid the lid off. The ring was beautiful, it was silver with a row of small diamonds set into it but that was not what made it beautiful; on the inside there was an engraving. Le Vrai Amour Tient La clef was the engraving, I had studied French.
“True love holds the key,” I whispered as the tears welled up again as he slipped the ring on my finger.
“You hold the key Nessie,” Jacob said as he pulled something else out of his pocket. He dropped it into my palm for me to see that it was a long old key.
“What is this Jake?” I asked confused again, but he was already pulling me back into the forest laughing. I wasn’t worried; I was so high with the proposal that nothing could burst my bubble.
After about five minutes of running Jake stopped and put his hands over my eyes.
“Jake what are you...” but my sentence was broken off by my gasp as he uncovered my eyes. There nestled into the woods was a cottage, not unlike mum and dad’s one. It was beautiful; there was ivory creeping up one wall and a triangular porch.

“Jake did you build this?”I whispered shocked.
“I helped, but it was Esme’s idea and she drew the plans, she’s amazing. I suppose everyone helped really, even Sam and Emily!” he chuckled. Emily was not one for DIY.
“Esme, does she know anyone about the proposal?” I asked, uncertain if I wanted anyone to know yet.
“No, the only people who know are Alice and your dad. I wanted to do it the right way and ask for your dads blessing, and I supposes Alice ‘saw’ what was going to happen.” He chuckled looking at my expression.
“Did he give you our blessing?” I asked curious, I knew dad was getting used to the idea of Jacob and me but I was not sure about how he would take this news.
“Of course he loves you more than you know, he wants you to be as happy as possible- we all do. He knew that this is what you want so naturally he said yes.” He sighed. Jacobs’s dad Billy had passed away the previous year. I had liked Billy, he was so kind and full of knowledge; I had cried more than Jake when he cried but I knew he missed his dad so much. Grandpa Charlie had been upset too and had relocated to Hawaii a few months later with Sue.
I pushed the unpleasant memories out of my head as I walked slowly up the front path. I opened my palm and pushed the long key into the lock and twisted it around, the door swung open slowly. As i was about to step over the threshold Jake swung me up into his huge brown arms.
“Aren’t you meant to do that after the wedding?” I giggled into his chest.
“Yup,” he mumbled between kissed. The living room was so cosy, there were two soft armchairs by the fire, a smaller more feminine one and a larger darker one; I smiled as I looked at them they reminded me of something.
“What’s funny?” Jake asked obviously curious,
“It’s not really funny, but the chairs they kind of represent us, although they don’t look the same they belong together.” I whispered emotion making my voice sound strange.
“Yes, we belong together.” He mumbled his lips brushing my throat.
“Do I get to see the rest of the house?” I asked.
“Jake smiled his breathtaking smile, “Well I suppose but I want to show you something first, come on.” He took hold of my hand and pulled my up a narrow corridor.
He stopped in a large pale blue room. I knew instantly what it was. This was our bedroom. My eyes hastily scanned the room, there were two doors on the wall to my left-I knew that one was probably to a huge closet and the other an equally large bathroom- and various other pieces of my furniture including my rocking chair and bedside table- they had probably been brought here whilst me and Jake were in the woods. My eyes stopped on the large bed. It was huge and white with sheets the exact colour of the wall; but that was not what my eyes were focused on, above the bed there was a huge hand painted mural of my family. It had everyone on it, the Cullen’s at the front next to all of Jacobs pack and their wives along with Charlie and Sue, Renee and Phil, Billy (Kind of floating above everyone else) and Jacobs sisters it even had the Denali coven mingled in. As I searched the painting I kept seeing more unfamiliar faces in between the ones I saw on a daily basis; Zafrina-my beloved fried who lived in the roaming jungles of the Amazon- Maggie and all the others who had helped defeat the Volturi sixteen short years ago. It was the most beautiful thing I had ever seen with only one exception, Jacob himself.
“Do you like it, Esme helped me with some of it but I did most of it myself.” Jacob asked, uncertain.
“Jake I love it! You’re like a total artist.”
“Hey I don’t just build cars,” he chuckled, satisfied.
I leaned in to kiss his soft lips and he responded instantly. I gently slid my hands down his chest as he carefully undid the buttons of my shirt. I let it fall to the floor as I leaned in again. I knew neither of us were going to get much sleep tonight.
Melissa93 and groovychicklisa like this 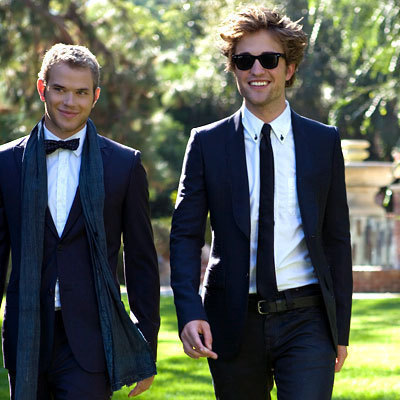 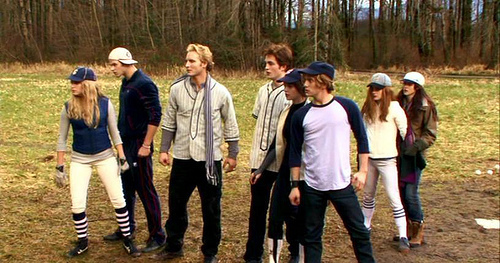 10
THE CULLENS AT THE BASEBALL FIELD
added by octoberbubbles 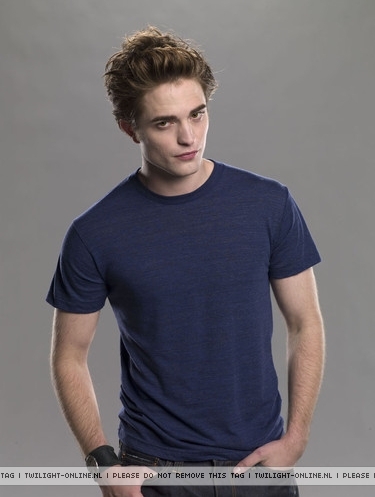 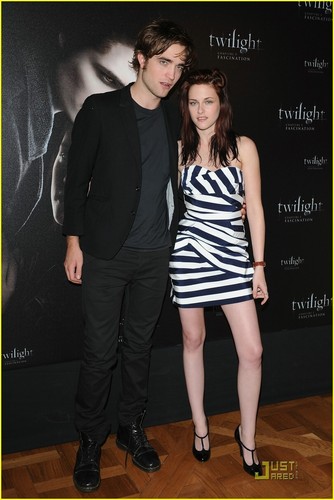 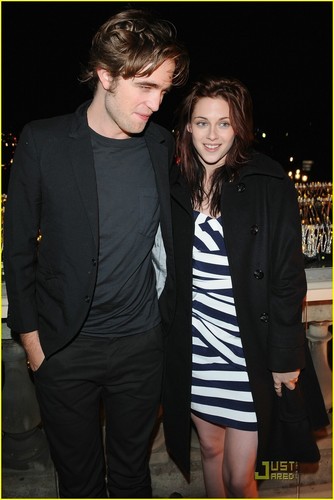 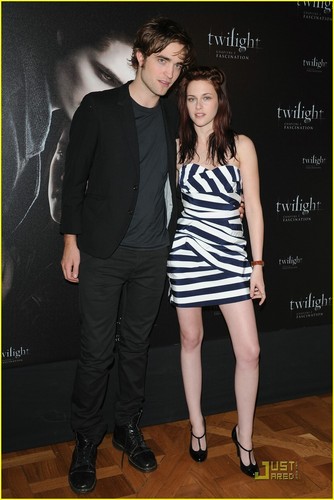 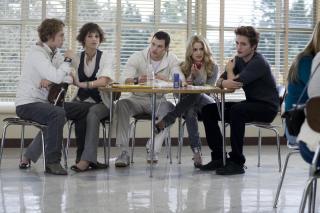 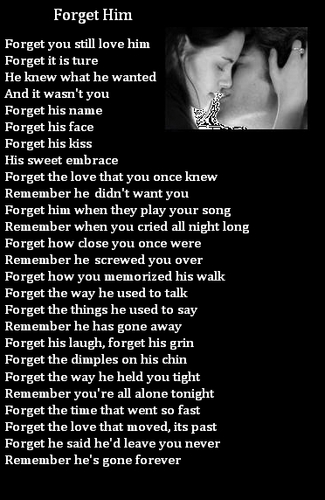 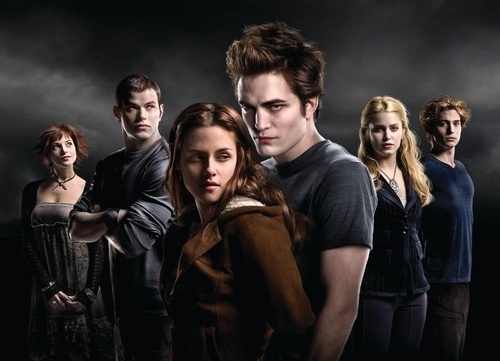 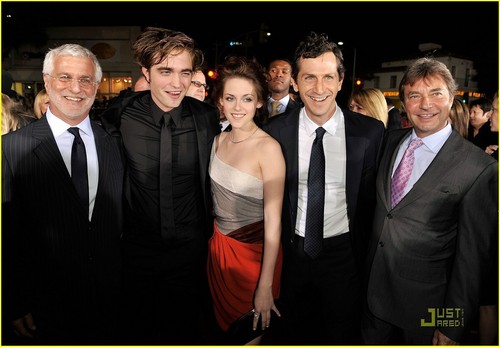