Profile of Denver Pyle as supplied by The Artists Group, Ltd.
posted by amost1972
[u]DENVER PYLE[u]

Denver Pyle was born in Bethune, in eastern Colorado. In a good year it had a population of ninety. He grew up on the high plains. When his sister was ready to go to college, the family moved to Boulder, Colorado, where his Mother opened a students' rooming house. Denver went to junior and high school in Boulder, later studying at the University of Colorado for two years. He supported himself and his education by playing the drums in the college band. After leaving the University, Denver became restless and decided to give Gene Krupa some competition in the drumming world. The gigs were few and money was tight. Denver soon hocked his drums and hit the road, hitchhiking.

He worked as a roust-about in the oil fields of Oklahoma, a shrimp fisherman out of Galveston, and followed the wheat harvest from North Texas to Canada. After working for Mid-Continent Petroleum in Tulsa as a still cleaner, he hit the road again and hitchhiked to Hollywood to see his brother and sister. His brother, Willis, was working for Walt Disney, and his sister, "Skippy", worked for Benton and Bowles Advertising Agency. Soon after Denver arrived, he worked for NBC as a page boy and tour guide, where he was working on December 7, 1940. He tried to enlist but was rejected by the Army. He signed up as a Cadet Midshipman for the Maritime Commission and carried his 4F card through-out the South Pacific on his tour of duty.

It wasn't until after World War II that he became interested in acting. A friend who wanted to be an actor told him there was a lady, Mrs. James, who had a girls drama school and needed some boys for a play. They both tried out and landed parts in the play, "Out of the Frying Pan". Mrs. James encouraged Denver to study acting. Denver took her advice and signed to study with Josephine Dillon, the teacher that launched Clark Gable.

During the next four years, Denver worked with some great teachers: Madame Ouspenskaya of the American Rep Theater, The Michael Chekhov Company, and Charles Laughton's Shakespeare Group. He worked with any little theater group that would take him.

He was in many of the early productions of the Glendale Center Theater. It was here that Charlie Vidor saw him and put him in his first picture, "The Guilt of Janet Ames", with Rosalind Russell and Melvyn Douglas. Denver played a very small scene with Miss Russell. Later that year, Mr. Vidor hired Denver for a better part in his next picture, "The Man from Colorado", with Glenn Ford and Bill Holden, released in 1946.

Denver's career was launched, although it would be years before he made his living as an actor. After 1955 it was not necessary for him to do other work to sustain himself. The advent of television helped his career immeasurably. He could often be seen playing parts on "You Are There", "Perry Mason", "Bonanza", "Gunsmoke", Gene Autry's", "Roy Rogers", and many others.

Denver made four pictures with John Wayne and he worked with John Ford in three of his pictures. Some of Denver's picture credits are:

In television, Denver has starred in the series:

He has also played running roles such as Mr. Darlin' in "The Andy Griffith Show", Caleb in "Gunsmoke", and Ben Thompson in "Wyatt Earp".
Bob Sweeney, a long time director and early supporter says of Denver: "For an actor that doesn't have a series - he has lots of series".

When Denver finished "The Dukes of Hazzard" series there was a great demand for him to make personal appearances as the 'Uncle Jesse' character. Denver was surprised to see the number of people that wanted to meet and see 'Uncle Jesse'. As a consequence, he quit accepting personal appearance contracts, and instead, he and his wife, Tippi, whom he married in 1983, have travelled back and forth across the United States using 'Uncle Jesse' to raise millions of dollars for childrens' charities. His fee? A clean room, an airline ticket, or sometimes at his own expense. As Denver says, "A hug from a Special Olympic contender is a lot more rewarding than an envelope full of money".

Denver feels as though he has accomplished what he set out to do. He has worked with most of the great actors of his time, and has become one of the top character men in the business. 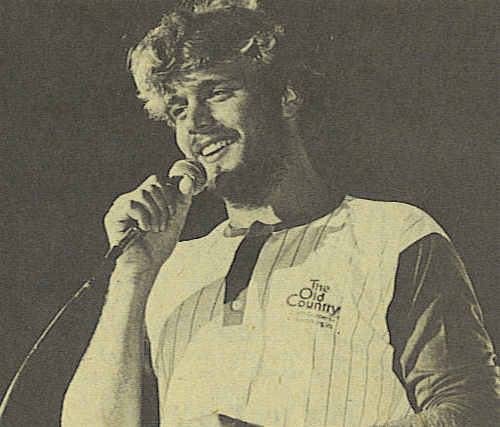