1
My Rating of the Characters (My attempt at least xD)
posted by Articuno224
I'm going to rate the characters from 0-10. Obviously 10 is the highest score, and I can say this already, there's definitely going to be more than one with a 10 ;) But let's get started.

I don't hate her character, and she's obviously a good person who means well and cares deeply for her kids and her husband, BUT she is a pretty boring character I'll have to say and she gets in the way very often, she never seems to learn much from her mistakes and she never lets Andy and Lauren do anything. But I've seen that a lot of people hate her so much that they want her gone, I like her though, I do think she's likable, but FAR from the best character.

He is actually a bit hard for me to rate, because he was one of my faves in the beginning of the show but lately he has actually annoyed me even more than Caitlin, especially how he acted towards Wes and Lauren in 1x07 and how he wanted to run away in 1x11. I think he has a lot of potential though, which Caitlin doesn't... Possibly ending up getting powers somehow is a really interesting storyline/theory. So he's pretty hard to rate for me.

I love her! First of all her relationship with Andy is my favorite thing in the entire show and I love how supportive she is towards Andy especially and how interested she is in hanging out with her brother, even being interested in him skateboarding, I love it.. I love her power. Other than that I feel like it's pretty hard to explain, but I love her a lot and she's definitely one of my faves. When I first watched the show, she came off as the typical big sibling who thinks their younger sibling is a freak and is annoying as hell, but that was quickly revealed NOT to be the case :)

If I had to say only one favorite character it would probably be him.
1. He's the most relate-able character to me
2. His power is so awesome and badass
3. He's really funny
4. He resembles a bully victim
5. He resembles not being understood
6. He resembles not feeling accepted
7. He resembles being judged before you feel you get a chance to explain yourself.
8. Of course his relationship with Lauren as well.

At first I thought he was a really bland "nothing special about him" character, but he has really grown on me, his leadership, how he is sometimes the only reasonable one in a time of crisis, and generally how great of a leader he is. I've even come to think his super-strength is pretty cool, but mostly because he is indestructible, he can get hit by a car without getting a scratch! now THAT's something special, super-strength is pretty bland, but that I've never really seen before. And I really like how he is there for everyone really, he's pretty underrated.

People really love her, so a lot of people will probably hate me for rating her so low, but imo she was a fan-favorite from the beginning only because she was VERY well known from the comics and people love her there, but judging from the show she was like the least interesting character to me. And to be honest she has also been one of the characters who annoyed me the most. The way she refused to fix her problems with Dreamer even after Dreamer told her she could fix it all, Blink acted like a stubborn child "I'm mad at you, stay away from me, I'll never forgive you" And she kept going on with this to John after as well. I also didn't like her way of saying "We look like mutants you and me, so we're better than everyone else here" When that is said I grew to like her a lot after this, and I really like her now, but overall she's not a favorite of mine. Her power is useful but not too interesting or cool to me, it's not that special.

She's awesome, great character and one of my faves, but my problem with her is that she is too much of a typical "look at me I'm a female badass" And she gets more than enough attention on Youtube videos that's for sure, there's like 1 billions fan vids of her and a few with everyone else that does annoy me a bit.
Love her dark side, love her powers and I love that she's related to Magneto (magnetic Magneto XD).

He's quite awesome and unique. I love that he's a new character and love seeing peoples reactions to new characters with shows full of familiar faces. He's power is really cool, and even also that he bleeds with that. He is also one of the characters to be the most reasonable in arguments.

People have a very varied opinion on these three, and always a really strong one, either people LOVE them or people HATE them. I'm not stupid, I know they are manipulative and using people for their own gains. But they are simply just AMAZING characters, they are great, super interesting and cool. And another great thing is that their arguments are actually some really strong arguments that makes sense, and it's very possible to agree with them, their scenes are just really powerful. And to be honest I am grateful that they saved my favorite characters twice and even though they don't care on a personal level at all, they do care about their survival. But I'm also going to hate them if/when they turn everyone against each other.

He has reasons to do what he is doing and I enjoy that about his character, he is not evil for the sake of being evil. But I'm also pretty tired of his views, he is really a good example of people who judge an entire group based on the actions of a few and sees that as "Everyone like them are the same" He's not too interesting, but he's also not very bad on that suspect.

He's not very complex at all, but he is a little bit interesting as a villain I guess? But I just hate him too much to enjoy him, I can't wait for his demise!

Another one of my faves. She went that far up on my rating in 1x09 and 1x10, but unlike a lot of people I also really really liked her before that. She's really charming, she's really supportive of everyone, she's really gorgeous. She's also really good with arguments, she always has something relevant to say. I love her so much for how she tried to help and save everyone when they were getting captured, and how she acted after that as well, RIP Sonya! :(

Okay, I'm too tired now, I'm just gonna rate a few more characters without writing anything about them.

And I'm well aware that I didn't end up rating all the characters, but I did all the important ones.
nermai likes this
nermai Great article! :D I agree in almost every word you say! I felt the same about Lauren at first, and she turned to be one of the best characters here. Her relationship with her brother is one of the most interesting things in this show. I also agree about Clarice. I don't dislike her, but what you say is true. I also kind of blame her for Sonya's death (which I liked more than her), I felt like they had to get rid of her just for let John to be with Clarice. I wish they had showed more about Sonya and John's relationship. Also, I really love the Stepford Cuckoos. Yes, they are manipulative and they only work for themselves, but they can be huge! If they became villains, they would be way better than Jace and Dr. Campbell together. Besides, I feel the same about Polaris, I really like her, but sometimes she is too dark. Anyway, Marcos and her are amazing together. And, last but not least, I'd love to see more about Wes. I loved their moments with Lauren (I hated when her parents wanted her to be away from him), and I wish, now that they have met again, that this time is for a longer time. :)
Articuno224 Thanks! Yeah I'd would have liked to see more of Sonya/John. And I liked Wes since he first appeared, was also quite disappointed when he left, so I'm glad he's back. And yes let's hope he stays 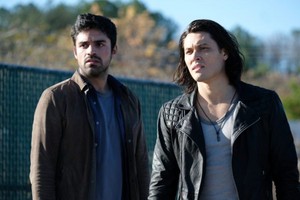 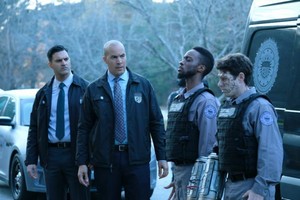 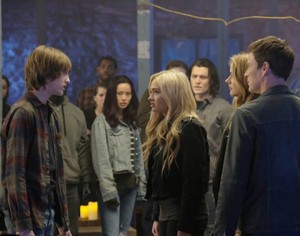 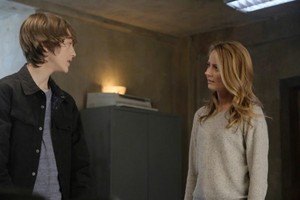 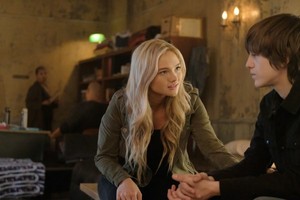 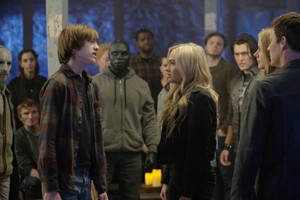 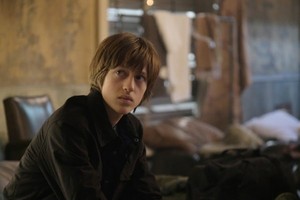 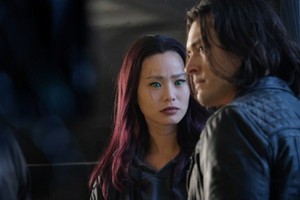 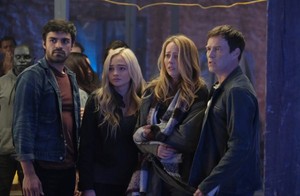 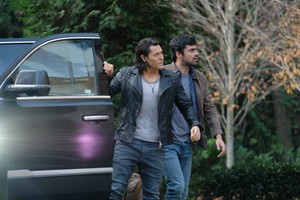 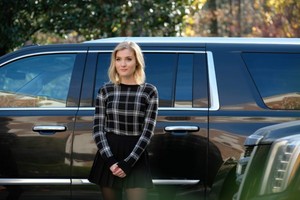 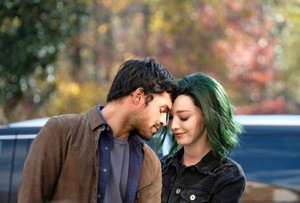 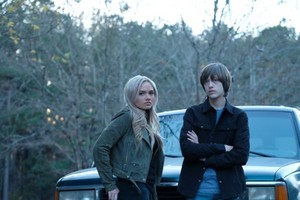 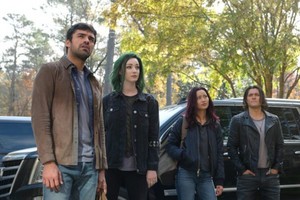 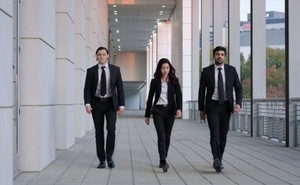 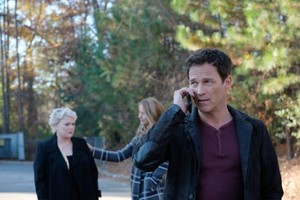 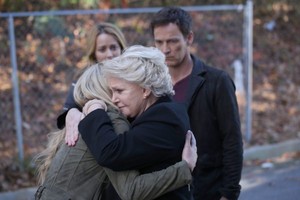 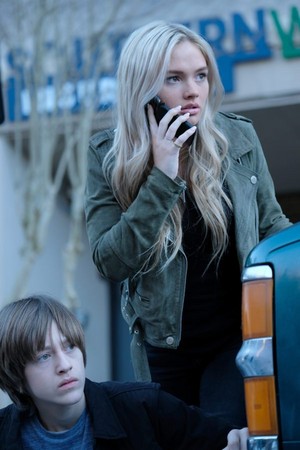 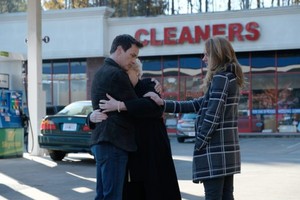