7
Anubis Characters- Likes and Dislikes
posted by imcrapathalolol
There are 8 students in The House of Amubis. This is why I like and dislike them the way I do. First-The Girls!

Firstly, Nina. I like her cuz... her happy nature, and her kind and caring side. She also refuses to be let down by Patricia at first, and eventually builds up a relationship with Fabian (Nina and Fabian FTW). I dislike her cuz... well, not meaning to be rude, but why is she always the one who has to unlock all the secrets, and solve ALL the puzzles. I mean, I get that she's the main character and the new girl, but, can't it be like someone else once in a while?

Secondly, Patricia. I like her cuz... her freakin attitude! I just luv it! Reminds me of me in my mood swings, LOL. She's also straightforward,and doesn't take no sh*t TBH, and that's the greatest quality in anybody. I dislike her cuz... the way she acts like a total WITCH (or something even worse, LOL) quoted by Fabian, and also the way she acts around Nina, and the way she forced her up into the attic, locked it and threw away the freakin key! That's totally uncalled for.

Third, Amber. I like her cuz... she's a dumb blonde. She reminds me of my friend a little bit. Only concerned about clothes, makeup, and, of course, BOYS! But she also shows how smart she can really be sometimes, like i.e SHE was the one that came up with the name SIBUNA. I dislike her cuz... the way she's so quick to anger, and she's always so insecure and jealous if Mara's hanging around Mick a lot. Take for instance, that time when she attacked Mara (when Alfie shouted, "Whoa CATFIGHT!"). That was totally uncalled for.

Fourth, Mara. I like her cuz... she's shy, beautiful, and a straight A student. I know everybody says this, but I think I relate to her somehow. She always gets herself into tricky situations and she's always so kind! I dislike her cuz... the way she's addicted to Mick. He treats her like utter CRAP, shouting at her and running off his mouth without giving it a second thought, and then he flashes that charming smile, and it's all good. Mick doesn't walk on water. He's not a total God! Mara, you need to drop Mick and go find someone else. Some people actually think the world of you i.e. Jerome. (Jara FTW too)

That's all for now!
stellamusa101, swankster556 and 5 others like this
Arwenismyfave I think ur opinion is right about the dislikes except Patricia
imcrapathalolol Yeah, I suppose she was just concerned about her friend, but I had to put SOMETHING! If you were asked, "What do you hate most about Patricia?" what would you say?
Arwenismyfave That someone will flirt with her
beleieber4life Totally agree 104% I can't wait for season 2 in 4 days! XD
lalaweewoo the only thing i agree with is nina and what is sh*t
stellamusa101 What is "I.e." ? 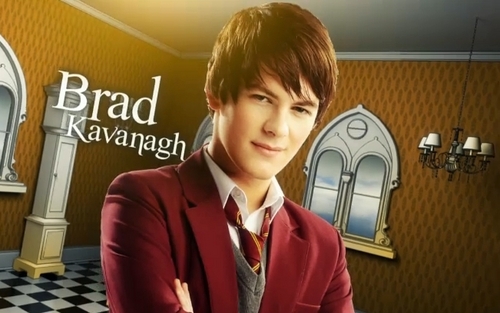 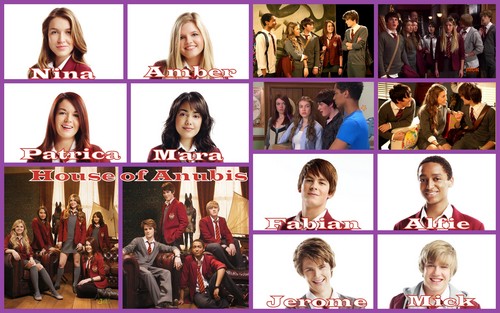 HOA
added by USAmermaid
House Of Anubis Season 3 Episode 10
posted by stellamusa101
KT : Okay! That's it! This place is haunted! *runs away*
Willow : KT! Wait! You don't understand! You're just imagining thing! KT! *chases KT*
Nina : Wow, KT is so weird.
Fabian : So, about our dream--
Nina : Just a nightmare.
Joy : But--
Nina : Listen to me! Just A NIGHTMARE!!
Eddie : *sits*
Patricia : *sits* So, what are you guys talking about?
Fabian : Me and Joy got the same nightmare.
Eddie : Which --
Nina : I gotta go. *walks away*
Eddie : So, which one?
Joy : Nina bites our shoulder in the dream, the weird thing is *unfolds her sleeves* the bite looks real. See?
Patricia : Hey! Me and Eddie got that...
continue reading...
1
House Of Anubis Season 3 Episode 2
posted by stellawinx101
Nina : *yawns* Huh! Hey Amber!
Amber : *sits up* Oh hey Nina.
Nina : *sits up* Amber.. we need to find the tears of silver quick!
Amber : Why?
Nina : Before Sankara curses one of us!
Amber : Oh.
Nina : Well.. I'll use the bathroom first since I'm the one who wakes up first!
Amber : Fine! Go! Go!
Nina : Very well. *walks to the bathroom and opens the door and enters it*
Amber : *yawns and covers mouth* Huh! I'm super tired! I feel like I don't want to go to school!
Sankara : *appears* Amber...
Amber : Huh? *turns around and sees Sankara* Senkara?
Sankara : Wrong! Sankara!
Amber : Whoa! *Sankara holds...
continue reading...
3
House of Anubis : Nina's Secret (chapter one)
posted by stellawinx101
CHAPTER ONE - A BIG SECRET REVEALED
Nina Martin, one of the Sibuna members, has a big secret which no one knows. Not even she herself!
Nina is walking around the corridor, finding Fabian, her ideal boyfriend. She's not just walking around the corridor, she's also finding the cup of Ank (because she lost it!). "Nina! Nina!" calls out Amber from behind. She walks to Nina. "Nina!"
"Yes?" asks Nina who turns to her friend. "Patricia found something!" tells Amber. Nina whispers, "Is it the cup? I lost it!" "No silly! Come on!" shouted Amber. "hold out your wrist," Nina holds out her wrist. Amber...
continue reading... 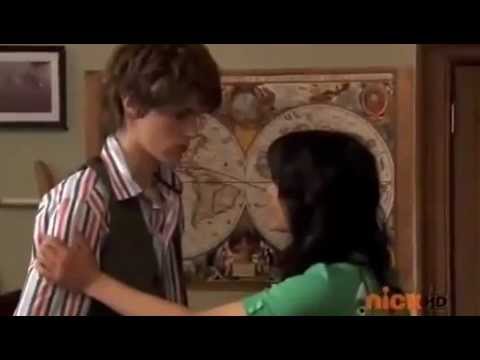 4
mara and jerome dont trust me
added by gigibear16
this video obviously shows that jerome likes mara if you did not know that!
video
mara
jerome
youtube
dont trust me 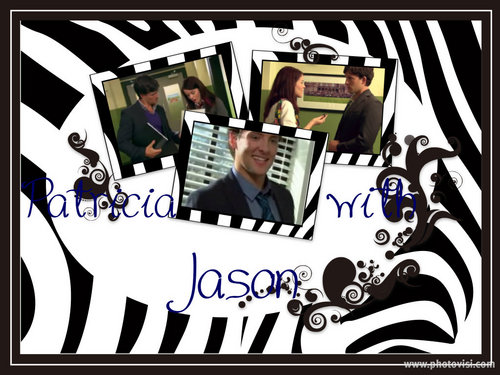 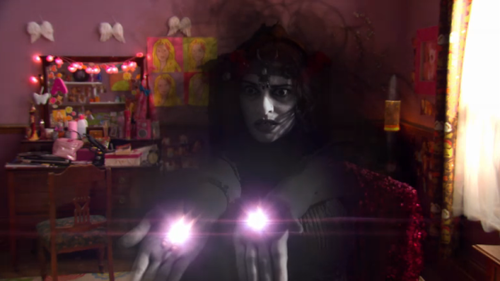 Senkhara
added by Problematic129
Source: Don't own anything
4
House of anubis season 3 episode 3
posted by habbofirstfan
*nina and amber room*
nina and amber diseppear
-fabian and alfie enter
fabian-*sees senkhara*
senkhare-laughs meanly
alfie and fabian-NOOOOO
*????????*
nina-(wakes)were am I (sees amber)
nina- AMBER wake UP
Amber-(wakes) what what is there a shhoe sale
nina-NO (feels dizzy)
amber-(fanits)
nina-amber no no amber wake up (remembers her dream)
????-Nina? is that you
nina-joy? (turns round) JOY!!!!!!!
Joy-NINA!!! (hugs)
nina-Joy what ae you doing here
joy-i dont know but i can tell you the whole story
nina-go on
joy-well it started yesteday me and fabian were doing homework and then you cam
nina0yeah
joy-and then i came down and i disapearred here
nina-wait dids you see senkhara
joy-yes well i first saw she told me that who faint will died
nina-wait, my dream sarah told that she and us are in danger
joy- that right,
nina-well king will kill us if with we dont give him to cup ankh 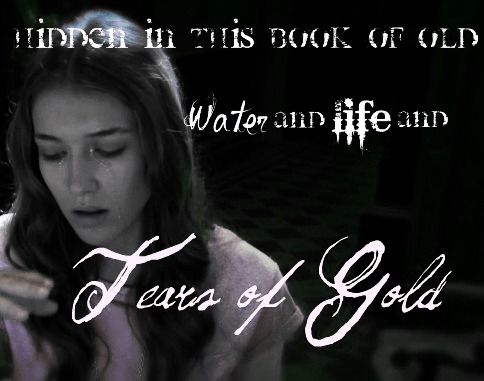 2
Tears Of Gold
added by Icestorm08 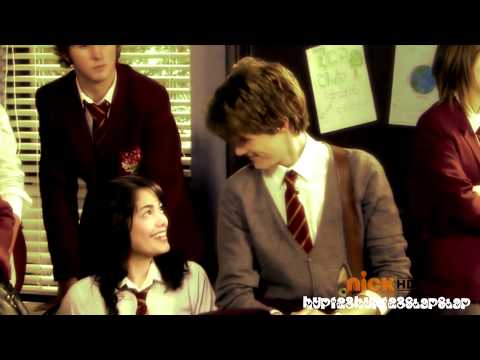 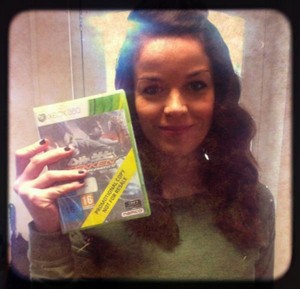 Patricia (gif)
added by Problematic129
Source: Don't own anything
1
My House Of Anubis Fanfiction Part 15
posted by BridgexJordan
(kitchen)
Nina: (gasp)
Fabian: what is it?
Nina: (takes out the cup of ankh.) the cup.
Trudy: (enters) oh I see you found the lovely cup I found under the stairs. It's lovely isn't it?
Nina: yeah…
Victor: (enters) Trudy. Can you- (see's the cup) give that to me.
Nina: no.
Trudy: oh just give it to Victor Nina.
Victor: give.
(Nina hands it to Victor and Victor exits)
Trudy: Well, supper will be ready soon.
Nina: okay…
(Fabian and Nina enter Living room)
Fabian: Amber, Mara, Patricia. We need you. Now!
(they all exit)
(Victor's office)
Victor (on phone): yes. Tell the others. We can finally live forever....
continue reading... 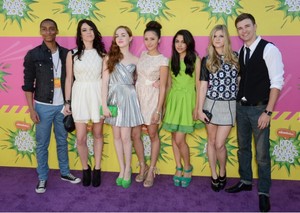 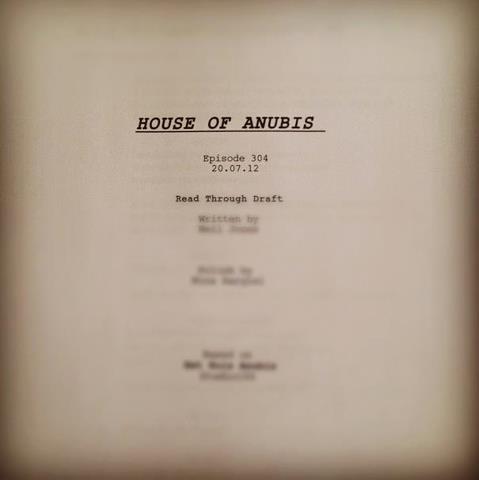 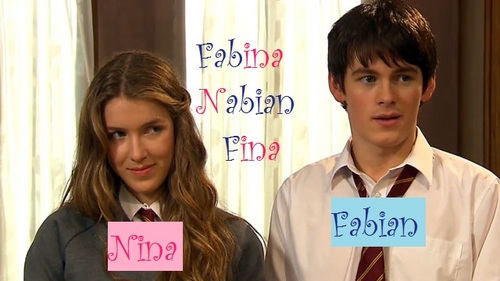