6
My Hunger Games (I had a dream I was a tribute! 0_0)
posted by missing_99
I often lay down for a nap, and the meds I take give me more than my fair share of scary, stupid, odd, weird, ect. dreams and sometimes nightmares. I had a nightmare one night someone murdered my innocent two-year-old cousin, another nightmare featured my grown male cousin drowning to death. But the most uneasy thing about them were that I was the only one deeply upset over the deaths - they were seperate nightmares. I wasn't thinking about The Hunger Games particularly that day, at least not part from checking The Hunger Games here on Fanpop, just to see the latest. I have next to no control over the meds' effects on my nightly mental adventures, one dream had me running one of my pocket knives through my cat's spine. While the the dreams themselves aren't very welcome, I've grown used to them in the months I began taking the meds, which is required I take in the morning and of the night. Some days I do skip them secretly, maybe in hopes to prevent another bad dream.

It doesn't work. I think it only provokes the meds to give me even more strange dreams - not too long ago, last month, I had a dream I had a threesome, and that in a seperate dream (but all in the same night) my friend's trashy (now ex) boyfriend was trying to get between my legs . . . something I deeply regret despite that I have no control over it. He was ugly, stupid, silly, and immature beyond belief - no, I did not and have never liked him, because I agree with my other friend on the level of distaste for him. And yes, our friend who he dated knows how much we did not approve, we insulted him (and sometimes her!) on a regular basis. Anyways, that was just a not-so-short introduction on my meds, dreams, and whatnot. On to my Hunger Games!

It was mixed in with other dreams, but I knew I was in the arena. I had taken the role of Katniss herself in the 74th Hunger Games - I even had whom I believed to be Rue and Peeta as allies, even though Peeta and Rue never met and in The Hunger Games book the three of them weren't allied together. The boy, "Peeta", had short blonde hair - the girl, "Rue", had long brown hair, light brown skin (not African American as shown in the movie) tied in a ponytail. The Careers appeared, too. I believe Marvel, Clove, possibly even Cato and Glimmer. When the Games begun, even though in my mind there was no Cornucopia beginning, I walk quickly or jog through the woods. I fear someone is following me so I pick up speed.

The arena is lush and green, I stumble over sticks and fallen limbs and nearly fall out onto a path, like a place hikers would walk. I race across it to the other side, quickly moving but keeping my look out for anyone, particularly the Careers. My dream skipped a lot. The next I knew, I was walking what seemed to be a shallow field of Christmas trees, I heard a male's voice - this I automatically knew to be Marvel, even though he didn't exactly look like his movie actor. The Careers were hunting me, preying on me, so soon into the Games. I am within inches of Marvel, who is literally sitting under one of the trees, yelling slurs of some kind and talking with other Careers. Cato walks by me and to Marvel, who has his eyes closed at an attempt to block out the sun. It was blinding and hot, the wind warm, but for some reason I kept my gray and black jacket on and my large gray and black backpack over my shoulders at all times.

Suddenly, even though they didn't really notice me, I am fearful and run. I find a tree within running distance, where I can see both Marvel and Cato clearly, and sit up there soaking in the heat. Marvel utters words I don't remember at me, and despite the space between us I can clearly hear him. Fast forward and I am walking through dark woods. Not night, like late afternoon, and all the heat is gone but it's not cold. I see tacky-dressed and overtly painted women serving things on trays, must be Capitol people. Not avoxes. I hear someone behind me and I know it's Clove, I turn around and within seconds her knife has already sliced through my throat, leaving dark blood everywhere. In another flash forward, I'm alive, with Rue and Peeta. We appear to be where I was previously on the path, and I see Clove in the place I ran to after I stumbled upon the path. "Rue, get down!" I shout, pulling Rue and Peeta to the ground with me, breathing in dirt.

I hope she ignores us, she and Glimmer both, because the knife missed. Maybe they won't find us is a thought that never leaves, as well as the overpowering fear I felt since entering the Games. Another sudden and random shot of one of Clove's knives going straight through my back - blood splatters.

Then, out of the blue, as if there were no threats of Careers in the first place, it's just Rue and I walking down the path, Peeta nowhere in sight.
kall_pal17, prim17luvr101 and 4 others like this
meredog Wow!!!! So did she die in the end? Cause that's what it sounded like. P.S.. I LIKE MONCKEYS
missing_99 For me it's safe to assume people died, just because it was the Hunger Games, but I don't remember. I thought of Rue dying, but that was way before the encounters with Peeta and Clove. I think the dream actually gave me a newfound respect for The Hunger Games. As silly as this sounds, but everything was raw and real and powerful - my emotions to protect innocent Rue, protect the "love of my life" Peeta, and above all fear the Careers and sudden death. Face-down in the dirt, my hands poorly shielding Rue and Peeta's heads and necks, fear was the only emotion I could clearly sense. I did not want my precious Rue to die, feeling Peeta's soft hair made me not want him to die, either. I had no orange backpack or even bow and arrows. But I guess I'm lucky to dream about that. (=
katnisseverden wow id did not get thta t all but this is sooooo coll in a confuseing way heheheh
missing_99 @katnisseverdeen: That's why it's a dream - not my version of the book, dreams don't come in "full" or tend to make any sense.
Ares2002 i also once had a dream that i was in the hunger games but i was l like watching it from up.
cheche108 I believe that the meaning behind the ending was that you and Rue died and your spirits were revisiting the arena and Peeta is victor(that's why he's nowhere to be found.) 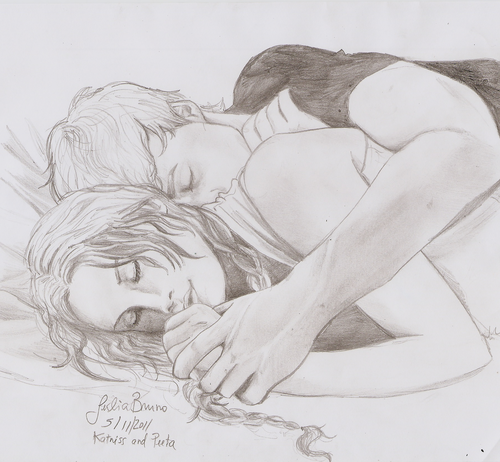 3
The Hunger Games <3
added by A-Gie
Source: JuliaBruno82 from DeviantArt.com 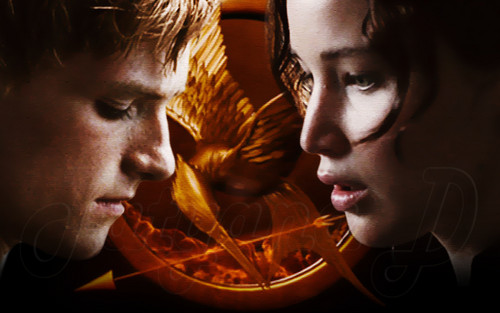 2
The Hunger Games
added by tamyd2012 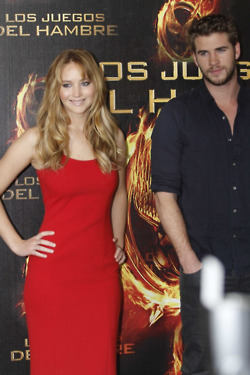 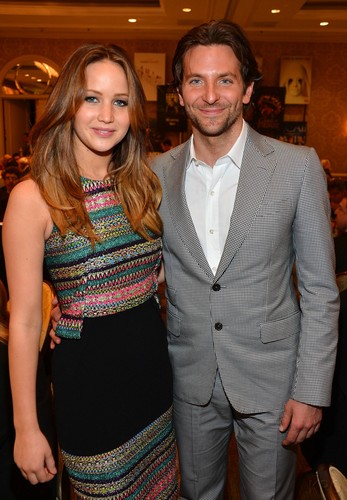 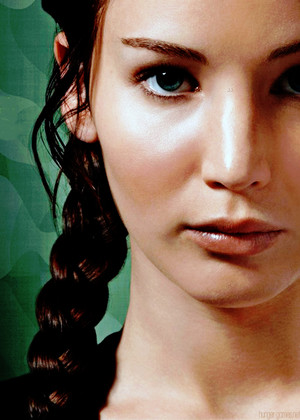 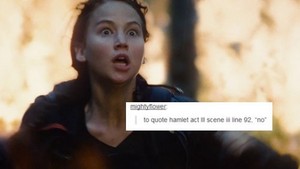 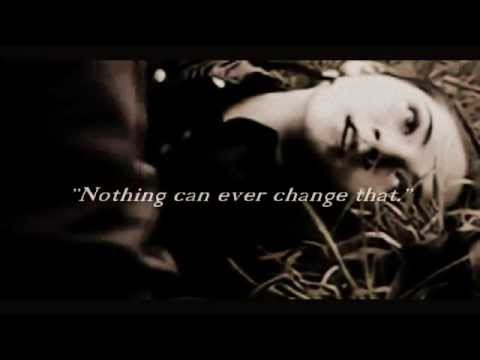 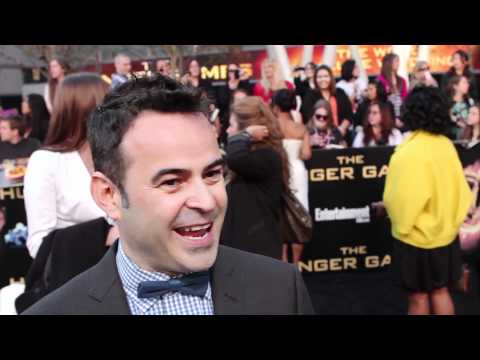 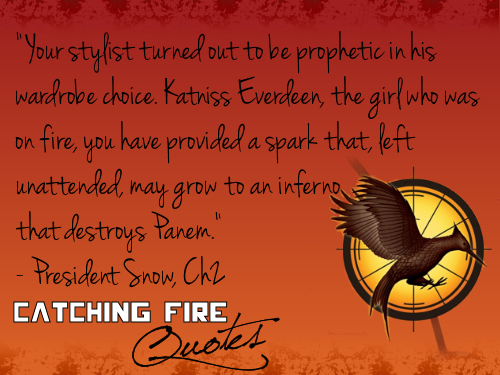 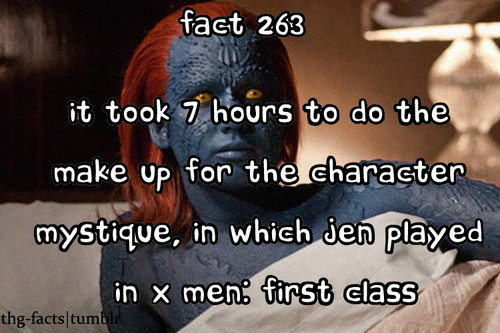 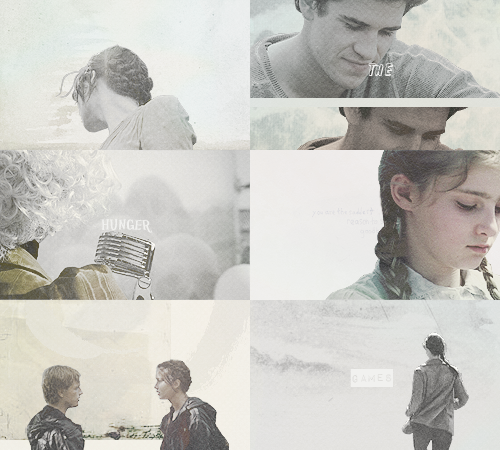 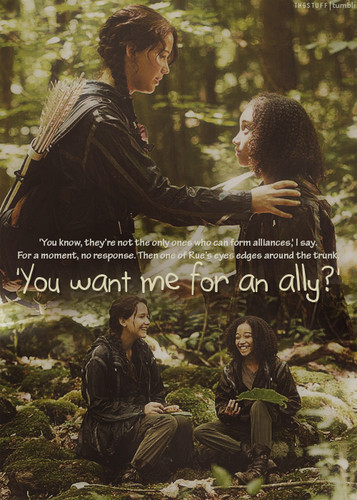 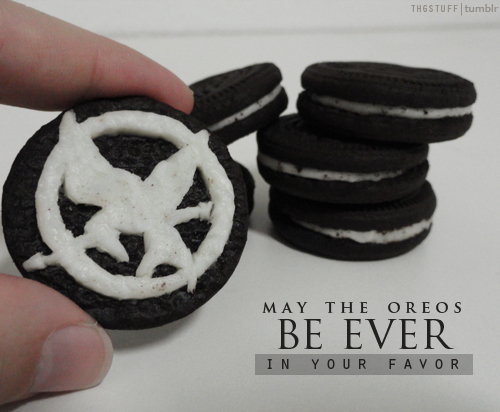 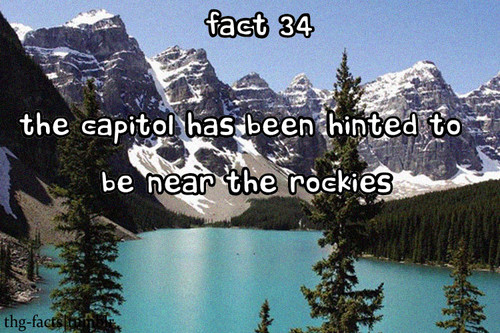 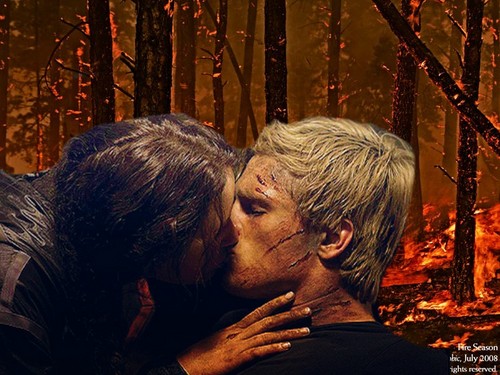