Joker Review
posted by whatsupbugs
Joker is a 2019 film that has Batman's arch-enemy, the Joker as the main protagonist. This is the first film where the Joker is the star, although some people argue Joker's the star of the Tim Burton film and The Dark Knight. The film stars Joaquin Phoenix, with Robert De Niro serving a supporting role.

Arthur Fleck is a depressed person, who leads a depressing, hard life. He has no family, aside from his sick mother, he suffers mental disorders, and he gets bullied by people who don't understand him. The one bright spot in his life, aside from watching his favorite talk show host, is the hope that he can become a standup comedian. He tries to perform jokes he writes down in his notebook and impress an audience of people, including a female neighbor of his that he has a crush on.

Due to Arthur's life getting even more sad and difficult, he becomes desperate and starts doing vile, terrible things as the Joker. Thomas Wayne, a rich person interested in becoming mayor, thinks the Joker is a monster, but a group of protestors start dressing up like Joker and start siding against the rich.

The Joker film has a dark, unsettling plot, although the film is intended to be rough and depressing. The film shows why we need to stop judging people, who we don't know, that we see on the streets, on the train, etc. It also shows that people, who have mental disorders, need to be treated seriously and with respect. Unlike most films, this film isn't about building up to a happy ending. Instead, it's about showing how bad life can get, if we continue to mock and bully one another and why we all need to be respectful of one another.

Arthur's storyline is certainly sad, but it's also fascinating to watch. Ever since the trailers started coming out, this film was getting credit for being a film about dealing with a personal, emotional, and dark storyline, rather than the wisecracking, somewhat goofy superhero films that a majority of Marvel films are like. Fast-paced, fun, age-appropriate superhero films are a blast and are much appreciated, but the Joker film is admirable for being a one-of-a-kind experience, that's brave and bold about telling a hard-edged story.

Lots of people have been thinking Joaquin Phoenix is worthy of the Oscar for this film and that's a hard sentiment to disagree with. He makes Arthur a sympathetic character, that's actually likeable, before becoming a villain. Joaquin Phoenix doesn't copy the previous Joker actors, like Cesar Romero, Jack Nicholson, and Heath Ledger. Instead, he gives a performance that's far different from any other take on the Joker. People can debate on who's the best Joker (I'm impartial to Cesar Romero), but Joaquin Phoenix certainly ranks among the best. His laugh is memorable and used incredibly well in the film. His voice and physical movements are very distinct and add so much to the film.

Robert De Niro, as always, does a really good job. He plays Murray Franklin, a talk show host. Robert De Niro adds more subtle humor and charm to the film. Brett Cullen gives a very good performance as Thomas Wayne. The actor playing the young Bruce Wayne gives off a strong impression, considering how small his role is. I hope he goes on to have a strong career.

Arthur Fleck isn't a role-model, someone to admire, or a very likeable person. However, that's what the filmmakers intended. He's compelling villain, who has a greatly-written character arc. Arthur is hard to predict. A truly bizarre person, who had the potential to be something special, but the cruel citizens of Gotham were a negative influence on them, leading to him becoming the most dangerous person in all of Gotham City.

Murray Franklin is an immature, somewhat shady TV host. He seemed like the type of person, that'd be easy to root against. However, in his last couple of scenes in the film he shows he has humanity and ends up becoming a sympathetic character.

Thomas Wayne is a more interesting, important character in this film, than he was in any previous Batman shows or films. The way they change his character's personality is clever and well done. Bruce Wayne has a memorable cameo, that's wonderful.

Joker's costume looks incredible. It looks similar to the comics, while being special and memorable. The clown makeup is a frightening, but amazing sight for the eyes. Also, the clown suit Arthur wears, before he becomes the Joker, looks creative and very colorful. The film doesn't have the big budget other superhero blockbusters do, but that doesn't stop it from being a visual treat. The Joker has one of the best villain designs in all of comic book history and this film shows off Joker's colorful style.

I don't recommend the Joker film to all audiences. Due to the dark elements and the various controversies, there's certain people that would get too uncomfortable by this film and that's a perfectly understandable feeling. It's certainly not a film for kids or teenagers. I also can't recommend it to people, who don't like intense dramas, even if they're big fans of Batman or superheroes, in general.

However, I do recommend this film, to people who want to see a fascinating and sympathetic version of the Joker. Joaquin Phoenix's fantastic performance and the incredibly clever plot make the Joker film a enriching addition to DC's collection of films. 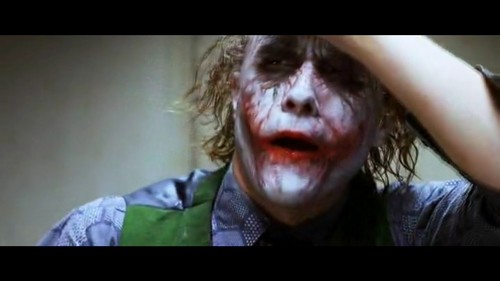 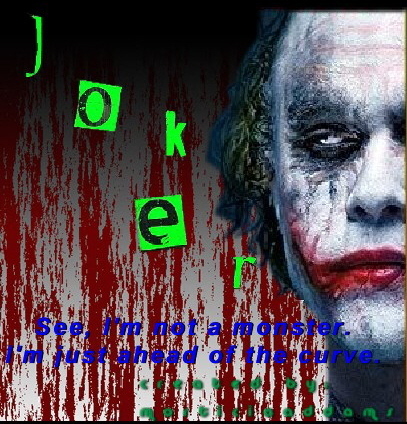 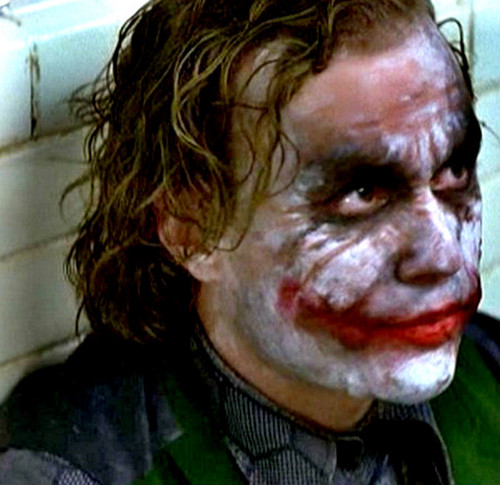 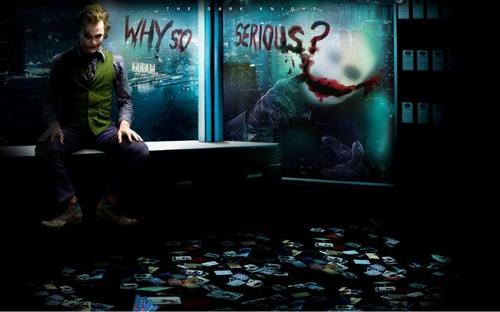 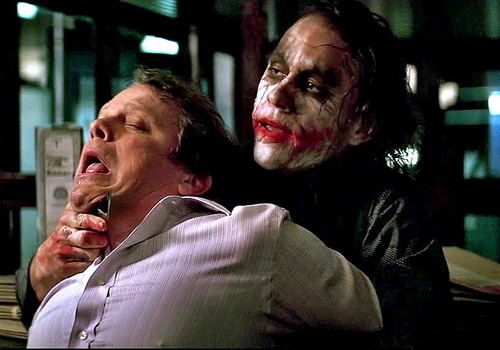 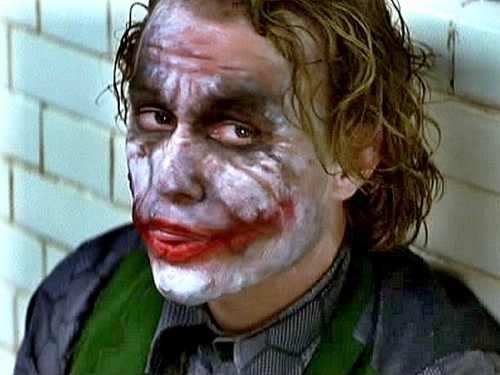 5
The Joker
added by morticiaaddams 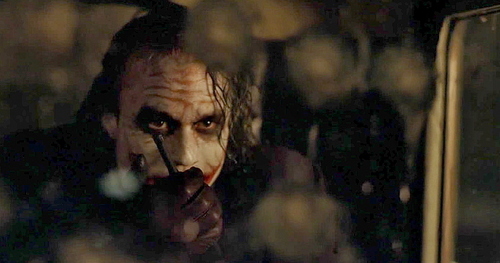 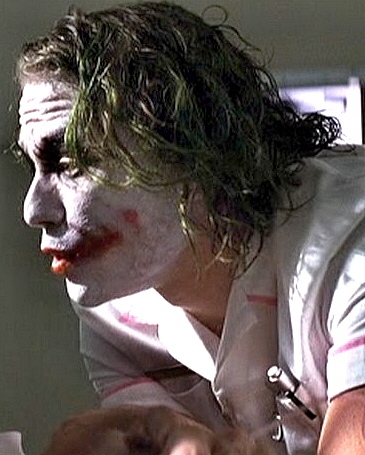 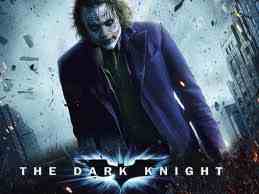 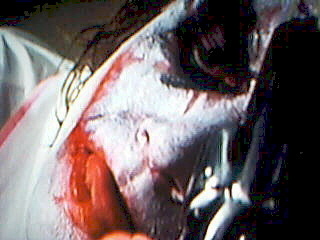 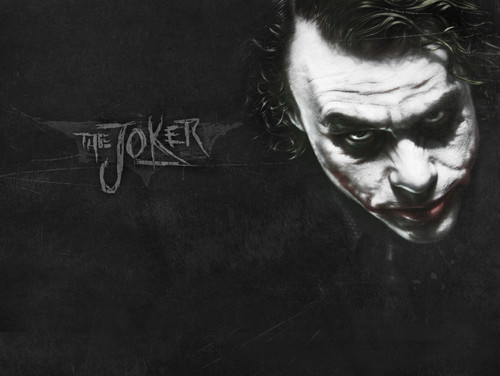 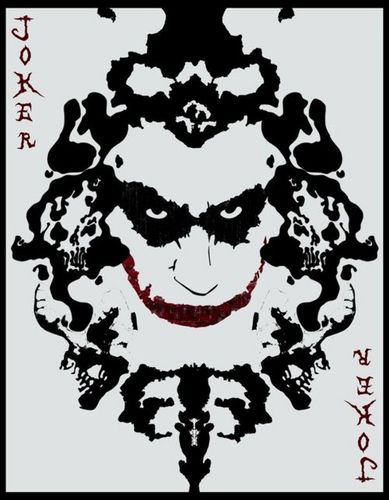