The Jonas Brothers are proably your fave band, right? Well if they are then shouldn't you know most of your Jonas Facts.....

Frankie
-he is the youngest jonas brother; 7 years old.
-he is in his own band with his friend called drop/slap.
-he made an appearance in the Jonas Brothers music video for "When You Look Me In The Eyes."
-according to his brothers, Frankie has the coolest room with all the toys and games.
-he shares a bedroom with his brother Nick.
-Frankie likes to watch Penn State University football.
-When Frankie gets older, if he joined his brothers' band, he would be the drummer.
-Frankie is home-schooled.
-Frankie is the youngest Jonas brother to kiss a girl.
-Frankie likes to go to the beach and play video games.
-Frankie knows how to play the guitar.
-Frankie lives in Hollywood, California. He use to live in Wyckoff, New Jersey.
-He was in a Baby Bottle Pop video with his brothers.
-He has brown hair and brown eyes.
-Frankie owns a PSP.
-Frankie plays for a football team called the Jr. Hornets. He plays center, so that means that he calls the huddles.
-Frankie would like to learn how to play the drums.
-He does not plan on joining his older brothers' band when he gets older.
-He is a huge fan of the New York Yankees.
-His favorite song from his brothers' album Jonas Brothers is "That's Just the Way We Roll."
-His favorite colors are red-orange and green.
-Frankie collects Webkinz and Care Bears.
-Frankie's parents are Paul Kevin Jonas Sr. and Denise Jonas.
-His nicknames are Bonus Jonas, Frankie J and Frank the Tank.

He plays keyboard, guitar, tambourine, and lead vocals for the Jonas Brothers.

Before becoming a musician he wanted to be a comedian

Joe's favorite song from the album, Jonas Brothers is "Still in Love With You."

Joe is a big fan of the High School Musical movies.
Joe was in three broadway productions called "La Bohème," "The Velveteen Rabbit," and "Oliver."

Joe's favorite song from the album, Its About Time is "I Am What I Am."

Before being in the Jonas Brothers with his two brothers Kevin and Nick, he was back up vocalists with his older brother Kevin.

Along with his two brothers Kevin and Nicholas, he performed at their church.

His favorite board game is Monopoly.

Joe's not afraid to let a girl know that he likes her.

Joe is the biggest ladies man out of him and his brothers.

Joe doesn't really like coffee, but he does like some drinks at Starbucks. He likes their Strawberries and Creme Frappuccino and the Passion Tea Lemonade.

To be funny, when people ask about his purity ring he says that he's married!

Out of his brothers, he is the loudest.

He got his tambourine from Guitar Center.

His acoustic guitar is called the Black Pearl.

He once drove the tour bus and almost crashed it.

Joe has a white video iPod.

Joe's most prized possession is his hair.

He loves running and soccer.

He is easily scared.

Joe has a Razor(cellphone) and sidekick and his ringtone is "That's How I Beat Shaq" by Aaron Carter.

Joe uses a flat-iron and Evada Control Paste in his hair.

Joe listens to Beethoven before going to bed sometimes.

Like his brothers Nick and Kevin, Joe wears a purity ring.

The Jonas Brothers' song "Mandy", is actually about an ex-girlfriend and best friend of Joe.

His favorite song is “Only Hope” by Switchfoot.

Before being in the Jonas Brothers, he was back up vocalists with Kevin.

According to his brothers, Joe takes forever in the shower, takes forever to get ready and the asks how he looks about four times.

His mom's name is Denise Jonas.

When Joe was younger, he was very attached to his Barney Bank.

Some of Joe's hobbies include jogging, working out and making movies.

His favorite color is blue.

Joe is in a band called the Jonas Brothers with two of his brothers.

Some of Joe's hobbies include jogging, working out and making movies.

Joe is in a band called the Jonas Brothers with two of his brothers.

Joe's first trip out of the country was to Mexico.

The first movie Joe saw at the theatre was Homeward Bound.

The first thing that Joe reaches for his refrigerator is water.

When Joe was younger, he once got his head stuck in his tambourine.

Joe's first job as a kid was shoveling snow.

Joe's most ridiculous New Year's resolution is to talk to animals.

Joe's most ticklish spot is his neck.

The first album Joe ever bought was a Britney Spears CD at a 7-11 gas station.

Joe's favorite kind of car is a mercedes.

He's had dreams about being chased by a giant frog and also being followed everywhere by Avril Lavigne.

Joe sleeps on a king-size bed.

When Joe was younger, he never wanted to sing.

Joe loves the song "Crank That" by Soulja Boy.

If Joe ever went to college, his father said that he would most likely major in theater arts.

The first book Joe ever read was Are You My Mother? by P.D. Eastman.

Joe said that the best thing about school was his desk.

The first theme park that Joe ever visited was a Six Flags in Texas.

Joe's favorite animals are a monkey and a kangaroo.

His favorite musician is Freddie Mercury.

His favorite candy is Twix, Godiva chocolate, and Tootsie Rolls.

His favorite superhero is Spiderman.
His favorite season is spring.
Nick likes mint-chip flavored gelati.
Song writing is Nick's way of letting his feelings out.
Nick naturally has brown hair and brown eyes.
The subject Nick likes the least is math.
Nick would rather text a girl than call her.
He doesn't mind being called "the one with the curly hair".
Nick is Christian.
His toothbrush is yellow.
According to Kevin, Nick can't stand it if someone wears his socks, he flips out and its "funny".
Faith is very important to his entire family.
Nick's purity ring has 'Poned' inscribed on it which means 'to be let down or disappointed'.
He was discovered in a barbershop while getting his haircut.
Once lost his purity ring and got a new one made at Disney World.
His nickname is Nick J.
Some people say "Nick J is off the chain."
His favorite drink is 7-11's Slurpees.
His favorite sandwich is an Italian Hero.
His favorite fast food restaurant is McDonald's.
His favorite movie is Finding Neverland.
His favorite song is "Superstition" by Stevie Wonder.
Nick has an iPod Nano.
He hates it when a girl is afraid to eat in front of him.
He loves Red Bull (an energy drink).
His most prized possession is his golf set.
He can breakdance.
When Nick was in the Broadway play Beauty and The Beast, he played Chip.
He has a sidekick (cellphone) and he got it decorated.
Nick can juggle.
Nick's cologne is Abercrombie.
Nick wrote the song "S.O.S." based on a past experience.
The thing Nick must have in the studio is Hershey's chocolate.
Like Kevin and Joe Jonas, Nick wears a purity ring.
Nick's favorite song to play in concert is "Year 3000."
He once missed a family vacation to be in a Broadway play.
Nick was originally going to have a solo album but when the record company heard about his brothers (Joe and Kevin's) musical talent they formed the band "the Jonas Brothers".
His Chinese horoscope sign is the monkey.
His favorite ice cream is cotton candy.
His favorite actors are Matt Long and Keri Lynn Pratt from Jack and Bobby.
His favorite sport is baseball.
Nick's favorite baseball team is the New York Yankees.
He and his brothers (Jonas Brothers) are spokespeople for "Baby Bottle Pops".
Nick keeps his closet surprisingly clean.
Nick loves Green Tea Frappuccinos.
Nick's favorite candy is Sweet Tarts and gummy worms.
If he were a crayon he says he would be the color, Royal Blue.
His favorite cereal is Cheerios.
His favorite singer is Stevie Wonder and his favorite band is Switchfoot.
His most ticklish spot is his feet.
His favorite food is steak.
He is the youngest member of his band, The Jonas Brothers.
Nick wrote the song Please Be Mine. This was when the idea of Kevin and Joe [Jonas] joining Nick with his record deal came up.
Nick plays the guitar, drums and keyboard.
Some of his hobbies includes playing baseball, collecting baseball cards, tennis, songwriting and music.
Nick enjoys watching Lost and the Sports Center on ESPN.
Nick's favorite color is blue.
Nick has three brothers, Kevin, Joe and Frankie.
Nick has Type 1 Diabetes. He was diaganosed in 2005 while he was out on tour.
Nick's most prized possession is an Olympic Gold Medal.
Nick's celebrity crush is Miley Cyrus, and once dated her in summer of 2006.
His hidden talent is playing the drums.
The first thing Nick notices in a girl is her eyes.
As of 2007, Nick is 5'6" (1.68 m).
There is a code on the dog tag; which identifies Nick. This is so that if he ever gets into any sort of accident, and needs to be taken to the hospital, they know that he has diabetes. This way, they know not to give him certain medications that can be harmful to his body because of diabetes. When they put the code into the computer at the hospital, they get Nick's medical history. Everyone with Type 1 Diabetes gets one of these, and it is their choice whether they are going to wear it or not.
Kevin said that Nick could drink up to 30 cans of Diet Coke in a day and still want more.
The Jonas Brothers also have music videos for "Mandy" and "Baby Bottle Pop" theme.
(In mandy, Nick almost gets hit by a car) There are 3 "Episodes" of mandy!
Nick said in a live chat, that he hates spiders.
Nick thinks Jordan Pruitt is pretty.
Nick's iPhone ringtone is the James Bond 007 theme song 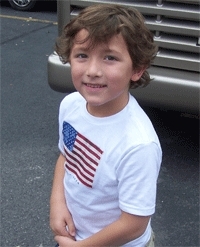 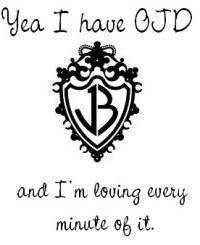 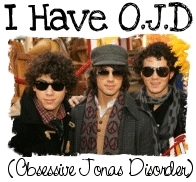 jonas1fan, selena1994 and 5 others like this
SaitoSaturno WOW. I knew most of that, but there were a few things I didn't know. Like Joe sleeps in a king-sized bed.....Oh dear God. And his most ticklish part is his neck.... Awwwww.... If I ever meet him I'll tickle him there and see if it's true. Great article!
Mallory101 Thanks,it took me about 2 hours to get all the info and write it down on the article..then i messed up baddly so many times i think i re- did it about 4 times!!!
Mallory101 Ha and i was shocked about what he thought about Miley.... "Joe thinks Miley need a straightjacket" Hahahaha
HSM2078 ha ha ha i luv it
AliceHale6 wheres nicks pic?
Mallory101 there a Nick pic at the top of the Article!
cici1264 wow
zballgt its nice but i know it all eccept that joe love the monkeys 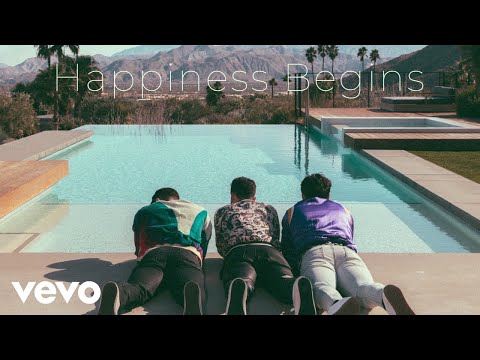 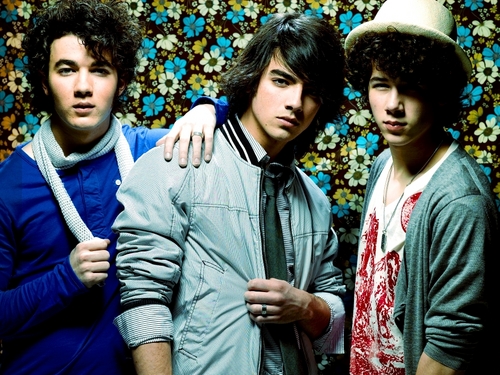 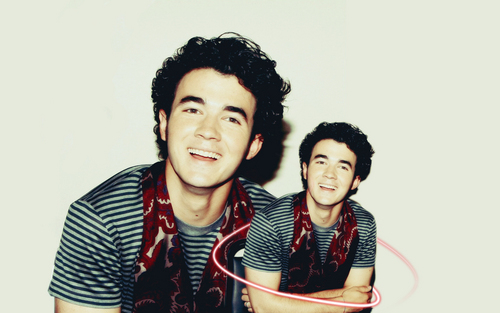 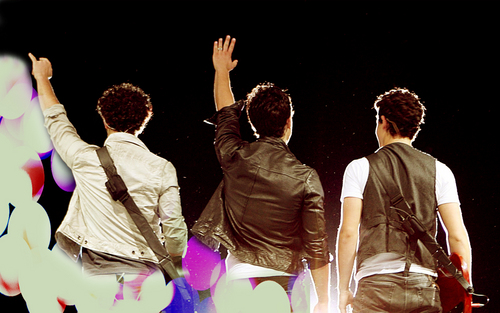 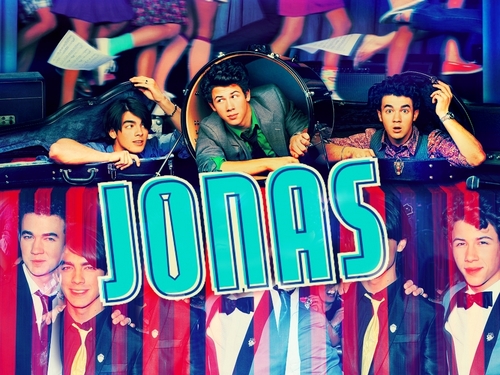 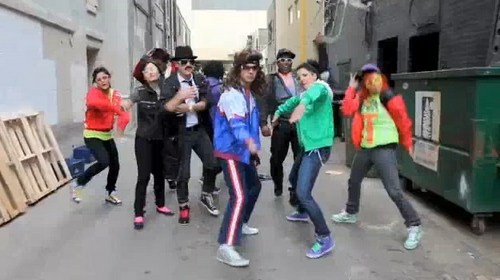 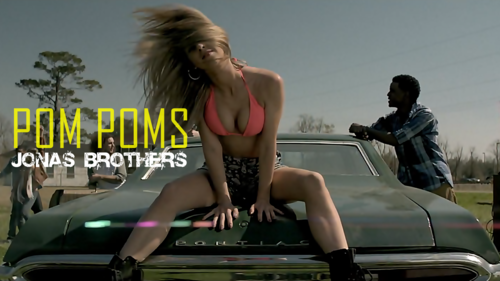 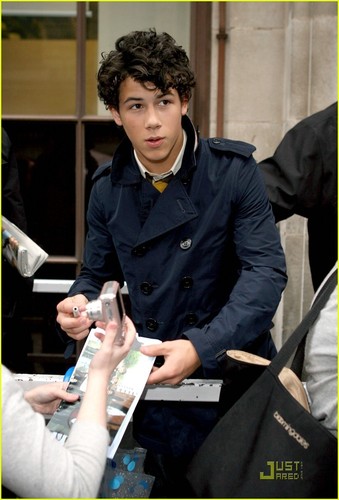 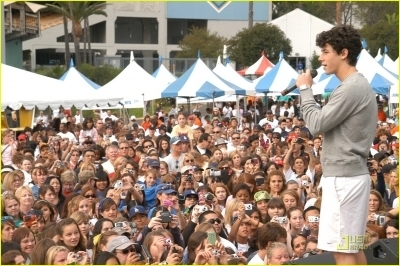 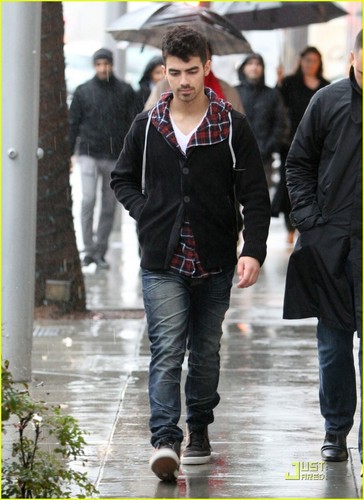 The Jonas Brothers at radio disney!
added by popstaro8 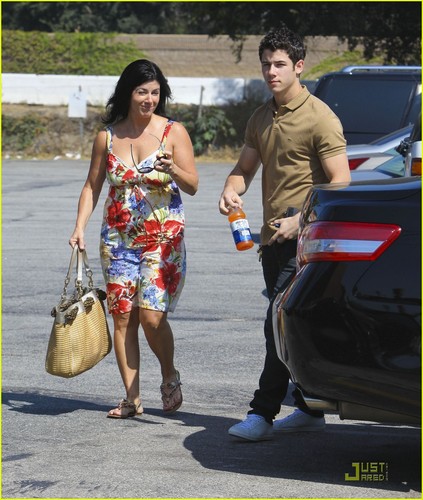 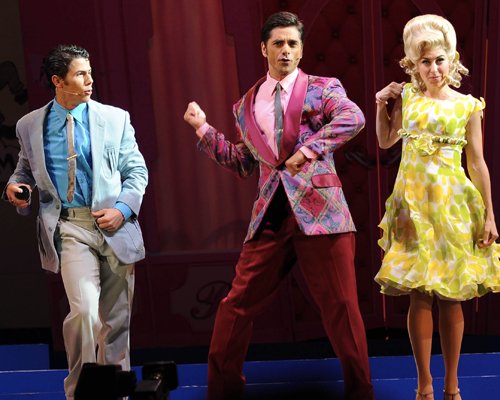 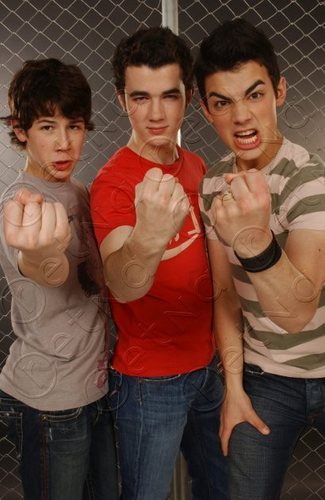 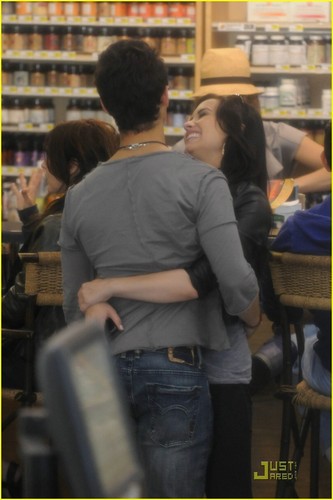 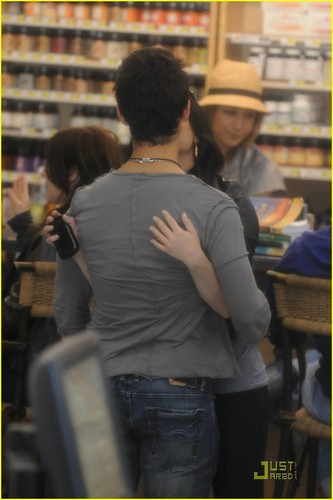 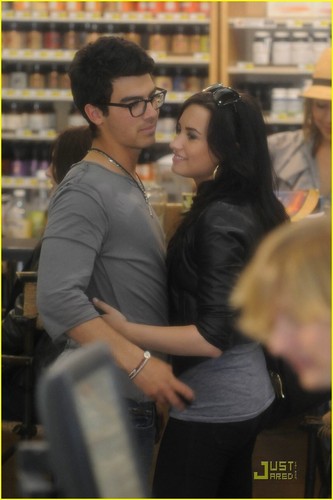