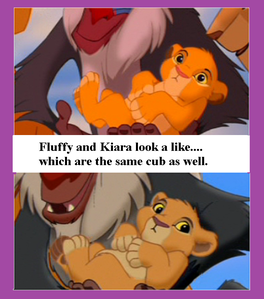 Kiara and Fluffy blend as one cub
Many annoying comments from fans who believe Kopa is Fluffy which isn't true.

1. "that can't be Kiara, in these movies the males are yellow and the females are beige-colored, and that baby is yellow.﻿"

3. "ok at the end it is not Kiara it is Kopa before the making of the lion king 2 they changed it 2 Kiara instead of being it Kopa =3."

5. "the cub is not Kiara. It's supposed to be Simba's and Nala's son, Kopi. The reason he wasn't in the second because he died as a cub. Sad I know. Look up on the story of Kopi. You'll learn more. Sorry to be a downer."

8. "Kopa, actually. Or that's the most "official" name we have for him (comes from a series of books published the same year the film was released). He got cut from the sequel (where his name would have been Chaka). That's why the majority of fans use him to fill the plot holes in Simba's Pride. The only thing we're clear on is that "Fluffy" there is clearly NOT Kiara. He has ear rims, he's younger, he's presented later in the day, and he's male, indicated by his belly fur."

9. "That cub at the end isn't Kiara, that is a male cub named Kopa. Kiara is born in Lion King 2. Look at the ears of this cub at the end. He has more golden color, has a bit hair, dark stribs around his ears and a more red color nose. If you look at Kiara in Lion King 2, she is more light. She does is more light, but does not have dark stribs around her ears and she has a darker nose."

10. "Kopa is the baby cub they show at the end.....he is the first born child of Simba and Nala but the people at Disney didn't use him in the second Lion King, but they used Kiara, Kopa's young sister......he is in the books and if u just search on youtube, "Kopa's Story" it will give a pretty good explanation of what happened to him."

But there's also fans who know that Fluffy is Kiara.
Which considers that they been ignoring the books and comics. :)

Well, the Kopa believers can't hold their breath, since TLK filmmakers ignore the books and Disney doesn't want Kopa or any of TLK:SNA non-canon characters be part of the film. Known these books are from the outsider illustrators and the creators of these books never worked with the Disney Co. Alex Simmons who created Kopa and the books he exist in says that Kopa is his creation all the way.

Disney has made it clear that Kiara is Fluffy and no one else.

Kiara's original design makes her look male by her pelt color and black rings on her ears.
But that doesn't make Fluffy (Kiara) being male just because of it's markings and colors.
Kiara looks somewhat like her grandmother, Sarabi by her ears and her pelt color can be created for females as well as known reality lions of both genders are the same colors and being golden yellow, a lioness can be created the same.
Chances of all, Mufasa can be taken after his mother and Scar taken after his father, since TLK:SNA books aren't canon. Mufasa's mother could possibly have a golden yellow pelt color like him. So, that can't make Fluffy being a boy by the pelt color. By Fluffy's belly fur doesn't show were it ends since it's chin is covering it.

But now that Simba is having a second-born cub, a male named Kion in a new film/show called "The Lion Guard which will be aired on Disney Jr in 2015. Kion will be an official TLK character unlike Kopa which is just a profit fiction character in just a few books that are release only in USA and no were else with Disney's stamp placed on them.

Here are some of the quotes and many other official stuff about Fluffy that is true:

"You think it's a king but it's a queen" by one of TLK 2 creators on a magazine.
link

"Here's Fluffy, Simba's and Nala's little cub. Let's just end it on Fluffy" One of the filmmakers of TLK on the 1995 commentary laser disc.
link

"Rafiki welcomes her to the circle of life." one of the golden books of TLK.

Fluffy's appearance in the TLK 2 trailer for baby Kiara.

Timon: "Ah, Pumbaa, look at that little guy. a chip off the old block. and you gotta know who's going to raise him."

Timon: "Okay sure, get technical. but who's going to teach him the really important stuff? like how to belch (burps) and dig for grubs? I'm telling ya buddy.. it's gonna be like old times. You, me and the little guy."

Nala: "She's just like you when you were young."

Simba: "Exactly, do you realize the danger we put ourselves into?"

Nala: "You mean the danger, you put us through."

Kiara will grow up to become a royal queen she will find her king and take her place as queen. 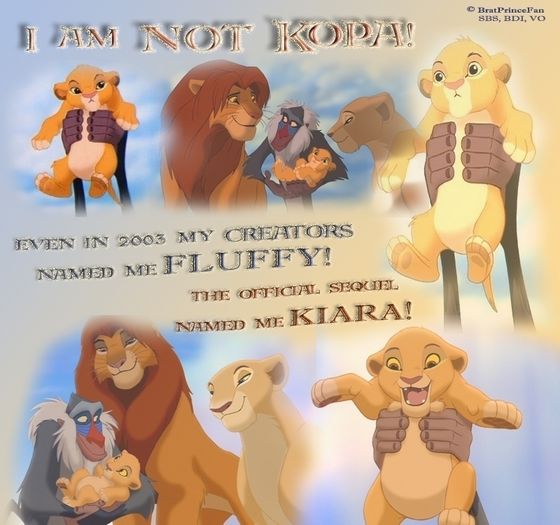 The truth facts of Fluffy
kionlion443, adang and 2 others like this
lionkingartist You make a very compelling argument! Good thing I agree whole heartedly. Nice article my friend.
boytoy_84 Thank you :)
adang When Fluffy become Kopa..it's called Imagination :v Great review by the way
boytoy_84 Thanks :)
bannerman it could be very well be genderless however update kaira has a brother named Kion from the lion guard series
lionkingartist I gotta say I just read this article over for a second time and alls I have to say is the only reason there is a cub at the end of TLK in the first place is because it shows that the circle of life was complete! Nothing more nothing less! I mean at the time it's unlikely they knew they were going to make another film so basically everything anyone says about Kopa is rendered useless in my eyes because he just plainly doesn't exist in the canon. I'm so sorry Kopa lovers but NO he wasn't in the movies and he never will be! Simba and Nala only have two children,a Kiara (the oldest) and Kion (the youngest) that's it! I mean I use Kopa in some of my art work yes yes I do but I know for a living fact that he doesn't exist but I'm okay with that,I'm nit going to argue with the films creators or the books creators it is what it is and that's that!
Lionkingexpert3 The cub at the end of TLK is Kopa and the cub at the beginning of TLK2 is Kiara because the cubs are two different colors so it makes sense that the cub at the end of TLK is Kopa and the cub at the beginning of TLK2 is Kiara.
boytoy_84 ^^ Sorry but the cub was NEVER Kopa to begin with. whether the cub is golden yellow or not. Disney has already made it clear that the cub is Kiara. Kopa is NOT canon and never will be. Kiara has a younger brother, Kion from The Lion Guard which is not Kopa ether. Fluffy (the cub in the ending) is Kiara's original design before TLK 2 was released Kopa is not Disney's creation and not their version. So Kiara IS Fluffy. If you want Kopa to be Fluffy in your own version then you need to ignore the sequel and the new characters (etc, Kiara, Zira, Vitani, Kovu and Nuka) to make more sense when Kopa never exist in their stories.
dan11774 Kopa is the cub at the end of the movie he was in the books
boytoy_84 No he's not. Kopa is not canon and therefore he does NOT exist in the film. He only appears in the set of children's outsider books. He's not Disney's creation.
bannerman kion might be fluffy he is kiaras official brother from the lion guard made strict by walt disney
boytoy_84 Fluffy will always be genderless and Kiara. Kion will be Kiara's little brother only in the alternate story line. He is Disney official character (unlike Kopa) but Fluffy will never change into anyone else but Kiara in TLK 2 and genderless in TLK. Kion may look like Fluffy in a way but Fluffy has already redesign for Kiara in the film's sequel for many years now. TLG isn't the exact same content as TLK 2 but a spin-off alternate story line for kiddies on Disney Jr.
queen-nala For me the movie ends when rafiki introduces Fluffy and he will be the next king for more ridiculous sound. The beginning of The Lion King 2 is very different at the end of the first: At the end of the first simba and nala are at the tip of Priderock and then comes rafiki comes with the cub and presents it. Is the sequel rafiki is at the tip and then comes nala with the club. Besides they appear to be at different times of the day. I must also say that for my kiara does not exist and never ne call it well since when I saw the sequel I decilucione quite to see that the beginning was totally different at the end of the first
boytoy_84 Fluffy and Kiara may have different presentations but you must realize that every Disney sequel is different than the original films. they have different animations and animators but It's already made clear that both Kiara and Fluffy are one content. the animators of the first film didn't think of a sequel at the time so they just created Fluffy like that. Bottom line both Kiara and Fluffy have no brown spots on them like baby Simba does. That describes that only male cubs are born with spots. Fluffy may look different but it's the original version of Kiara before she is redesign. 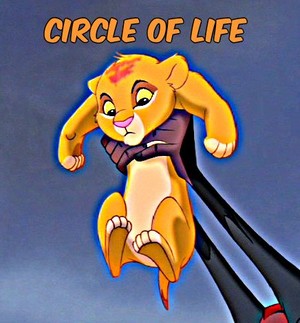 2
Circle of Life
added by boytoy_84 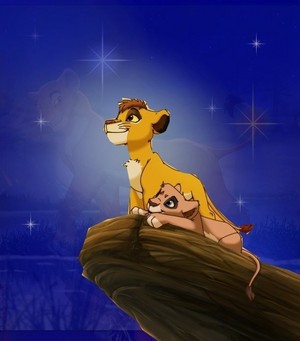 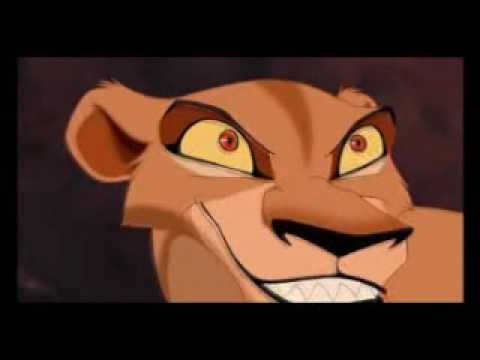 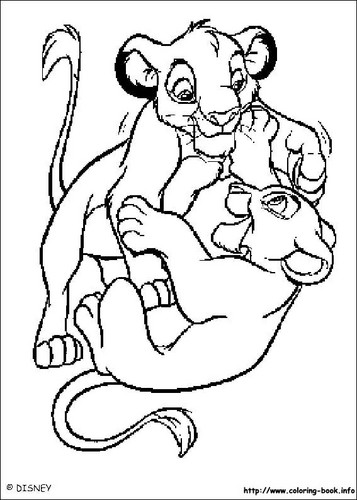 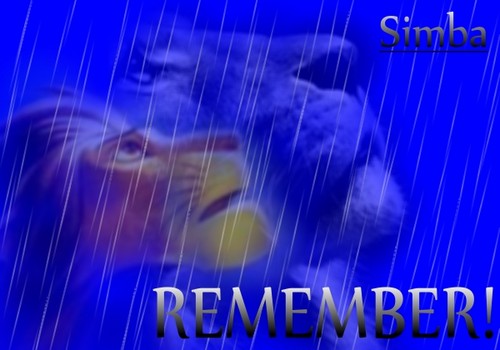 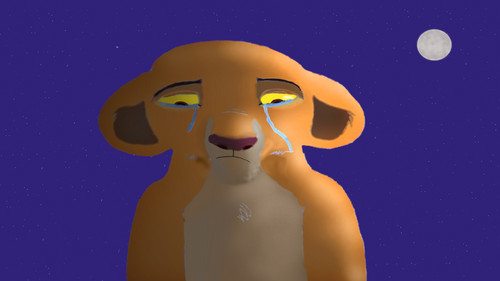 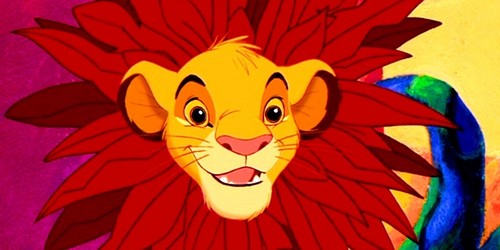 2
Simba
added by misanthrope86
Source: Disney / edited by me 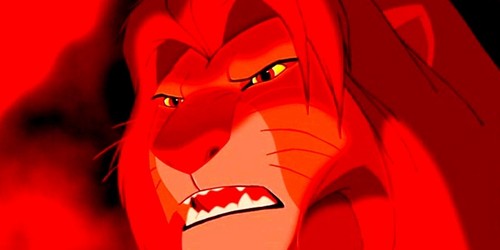 1
Simba
added by misanthrope86
Source: Disney / edited by me 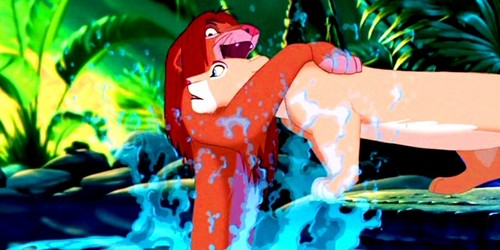 2
Simba & Nala
added by misanthrope86
Source: Disney / edited by me 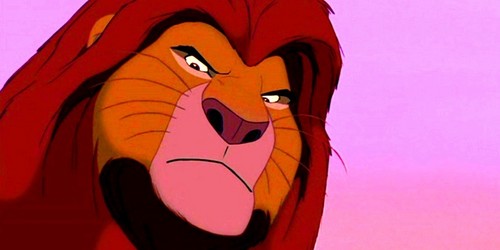 1
Mufasa
added by misanthrope86
Source: Disney / edited by me 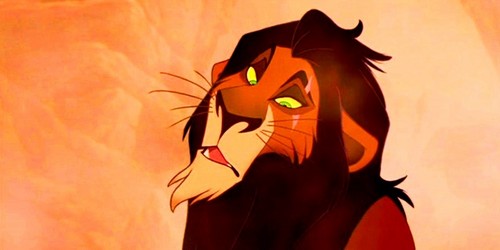 1
Scar
added by misanthrope86
Source: Disney / edited by me 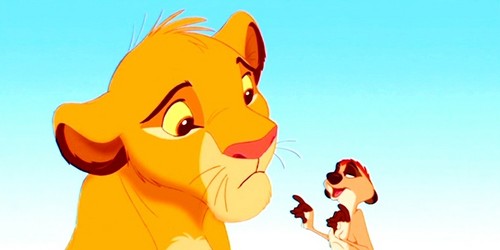