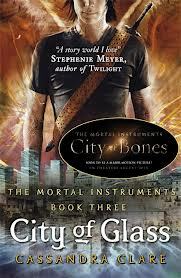 City of Glass is the third book in The Mortal Instruments series, a young adult urban fantasy series set in New York written by Cassandra Clare.[1] It was originally published in the United States in hardcover on March 24, 2009.
Plot[edit source | editbeta]

The cover features Sebastian.[2] The title refers to Alicante (the City of Glass).
Reception[edit source | editbeta]

Reception for the book was mixed,[3][4] with Kirkus Reviews stating "Derivative though it may be, melodramatic emotional wallowing has never been so much fun."[5] Booklist gave City of Glass a positive review, writing that it had a "satisfying end".[6] The School Library Journal gave a mixed review, citing "predictability and overblown writing" as a downfall of the novel while saying that fans of the series will still be satisfied by the book.[7] 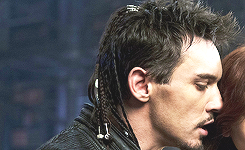 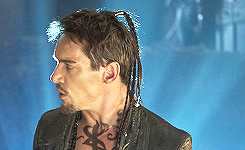 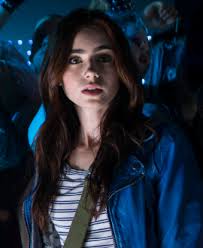 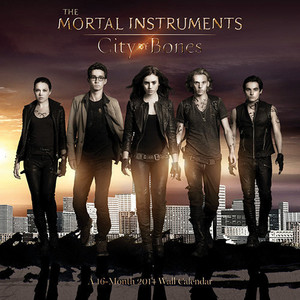 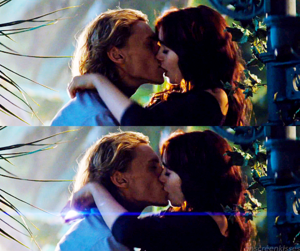 City Of Bones
added by Annoula_S

Cassandra Clare: Each has something different to teach people

How hard was it doing stunts? Was it difficult to recover?

Jamie Campbell Bower: Very difficult and no I’m still sore and going back to do No. 2 (City of Ashes)

Best joke on The Mortal Instruments: City of Bones set?

Jamie: We had a lot of private ones, but none made much sense. I was probably the biggest joker

Cassie: Fave – that he’s loyal. Least fave he doesn’t think when he acts 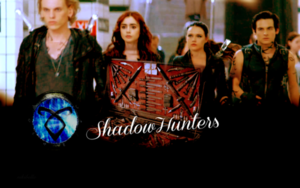 1
Jace and Clary
added by sherlocked88