13
Why Jim Halpert is the Best Character on The Office
posted by jenniferm
My favorite character has got to be Jim not only for the extreme hottness factor, but I feel he is the most relatable. Everyone out there has a Jim or knows a Jim and if you haven't met him yet I hope you do soon! I've listed my top ten favorite Jim moments that I feel best represent why he is my favorite:

10) Those ADORABLE "looks" he gives the camera. You know the ones! John does them so well and I love them because it makes you feel kinda like you're there at Dunder Mifflin and not watching it on your TV.

9) He genuinely cares about his co-workers (not just Pam!) He cheered them on during the office olympics and he even took care of Dwight when he got that concussion. No matter how many jokes he plays on Dwight and Andy he still always manages to show a softspot for them at one point or another.

8)I especially loved when he sang "Islands in the Stream" with Michael because he felt sorry for him that he was singing a duet pathetically by himself because nobody else would sing with him.

7) His HILARIOUS sense of humor. All of his jokes on Dwight come to mind like putting all of his stuff in the vending machine, moving his desk by the bathroom, etc.

6) Of course, the way he pined for Pam. I love how we've got to see their relationship and how they grew closer and closer. I don't care who you are EVERYONE was rooting for them. It's like a Ross and Rachel or McDreamy and Meredith they are meant to be together no matter how many obstacles (Roy, Katie, Karen, etc.)

5) The way he is obviosuly over qualified for his job, but he stays there because of Pam. He made sacrifices for love even when it seemed like he never would have a chance with her. That is amazing and kinda the definition of true love right?

4) I love his heart-to-hearts with Michael. The one when he confessed his love for Pam and Michael told him never give up, the Hooters lunch, also the one when he told Michael he was a great boss and the only reason he transferred was because of Pam.

3) The way he didn't blab about Dwight and Angela's relationship as a sort of "thank you" to Dwight for spraying pepper spray on Roy when he attacked him. I felt this was a very classy thing to do. It also showed how Jim has grown as a person.

2)His entire performance on the episode "Booze Cruise". The emotional up and down roller coaster Jim went through on that episode will always be one of my favorites. I love how he made a bet that Michael would say "I'm King of the World" I love how he told the camera, "I'd save the receptionist" and how painful it was to watch him react when Roy and Pam set the wedding date. Heartbreaking!

1)My absolute favorite Jim moment so far has got to be Casino Night when he finally told Pam "I'm in love with you" my heart completely melted! I remember when I first watched that episode and when Pam turned him down I was thinking "ARE YOU CRAZY?! YOU CAN'T LEAVE WITHOUT KISSING HER!", but then when she was on the phone with her mom and he came in and kissed her... He went for what he wanted and at least he wouldn't be regretting never having tried. I just thought it was brilliantly done!
iheartjhalpert, tiz and 11 others like this
ThinkPink20 Such a good article! I totally agree, Jim is the best character. There are really good supporting roles, like Andy or Angela, but Jim will always be the top in our hearts :D
Shandiii I have to agree. I think it would be very very hard to even get myself to not like Jim (not that I would want to try). No matter what he does, he is always up there. Awesome article, and very well written! :)
randomnemity I totally agree! I wish I had a real-life Jim-friend ;P And I love your article - every point is supported really well. :)
ari12 I love #1 and #2! I completely agree with you there, my heart also melted when Jim said "I'm in love with you". And "I'd save the receptionist" is one of my favorite moments. Great article.
RandomGirl15 I love it in casino night when pam turns him down the first time and there is just one little tear on jim's cheek. adorable!
iheartjhalpert I 100% completely agree with this article! I wish I knew/was dating Jim Halpert. He is so adorable! Very well written article by the way...
The Office: Season 6 Episode 14 'The Banker' Review
posted by lexabuti
Looking back, some of these old clips on 'The Office', were probably a big refresher. It didn't help that I not too recently watched those very same clips, but it was good to view some of the Season One office people and how some matured, while others became more childish over the seasons. The funny thing is, there was a similar video on 'YouTube' which quoted their Ten Reasons To Watch The Office, so another reason could be that even if you missed a popular clip, you could watch it again on this reminiscent episode of 'The Banker'.

If I were to be realistic, I know of other series that have...
continue reading...

16
Five Families of Scranton Business Park
added by shieldmaiden
This was pretty funny how they introduced the five "families". Makes them sound like the mafia...or the mob. Wonder who's the godfather ;)
video
the office
michael
scranton
five families
mob
mafia
vance

2
The Office - Yesh
added by kathiria82
video
the office
michael

14
Michael Scott's Humps
added by ThinkPink20
This is a music video was made for Michael Scott for his ring tone. Gotta love his dancing.
video
office
michael
funny
my humps
clips 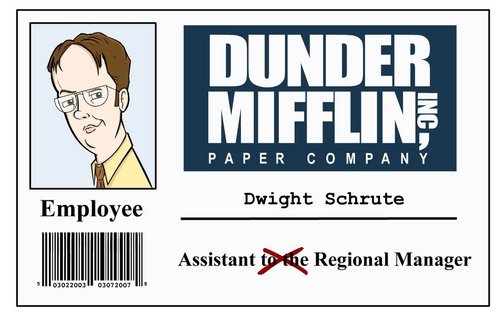 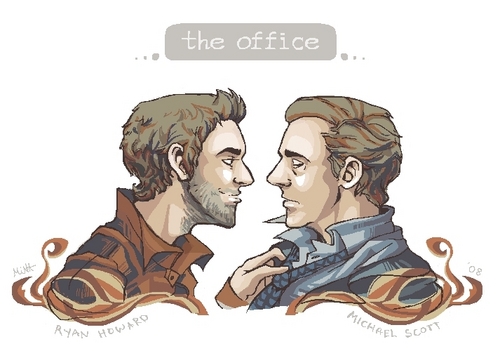