10
A Tribute to Angela, Baby Posters, and GapKids
posted by yoyoder

Angela Martin is pretty much my favorite character. As a die-hard Office fan I love every single character but Angela comes out on top. I know a lot of you are big fans of Jim, Dwight, and the other "main characters" of the show. So, I am just going to show some reasons why Angela is awesome.

She is one of those that you would just hate if you actually knew her.
Okay, this is my worst reason but it works. Obviously, many of the Office characters are 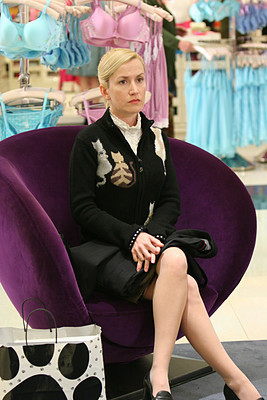 like this. But that's what make those characters hilarious. If I knew an Angela I would probably not be writing why she was awesome. So, yeah moving on to my better reasons.

Not getting as much screen time.
In most t.v. shows you pray for your favorite character to get more screen time. I'm not saying that I don't like having tons of Angela moments or plot lines but you appreciate them more when they aren't as often as a main character's. To tell you the truth, I can get tired of the main Office stars (Michael, Dwight, and very rarely Jim and Pam). We see them all the time. But when there is a Angela or Phyllis or any other character moment it is all the more special.

Angela being Angela
So obviously the best thing about Angela is her being herself. I laugh at almost all of her lines. Whether it is a snide remark about a co-worker, a sarcastic comment referring to Michael's horrible decesions, a gleeful moment talking about her cats, secretly talking to Dwight, or talking down to Kevin, Angela never fails to get a laugh.

Angela's relationship with Dwight (and marriage to Andy?) 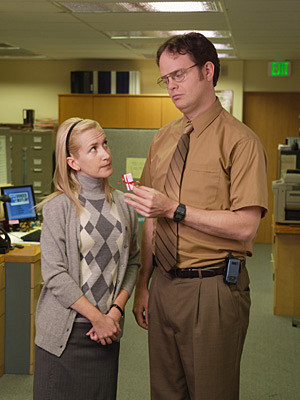 Of course, this is the main reason Angela gets so much screen time these days. From the first signs of love (a thoughtful Baby Ruth) to the epic argument of Season 4 (RIP Sprinkles), Dwangela has been loved by all. But wait, there's more! This is a love triangle, and not with who you think. It is Angela, Dwight, and Angela's cats. Dwight went too far by killing Angela's most beloved Sprinkles and now Angela is making him pay. Andela is full of cringes and awkward moments between Angela and Dwight. Pam pretty much summed it up:"Now that I think about it, Angela and Andy might actually make a good couple. But I couldn't do that to Dwight... or Angela... or Andy."

Though many hate this couple I love it. Not because I think Angela and Andy should get married but because it is Angela's ultimate revenge and creates hilarious awkward moments around every corner.

Thanks for reading my first article and I hope you pay more attention to this 90 lb. accountant in an ill-lit, rarely visited corner of the office.Also, any feedback (positive or not so much)is welcome. 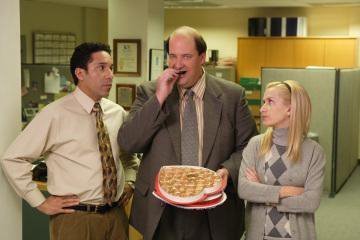 megloveskyle, Charmape and 7 others like this
chel1395 Nice article. I especially appreciate the bolding of each point...makes it a lot easier to read.

11
The Office Cast in Press Room after SAG 2007 Win
added by dave
The press interviews the Office cast after their award for best ensemble cast of a television comedy.
video
sag awards
awards
press conference
2007 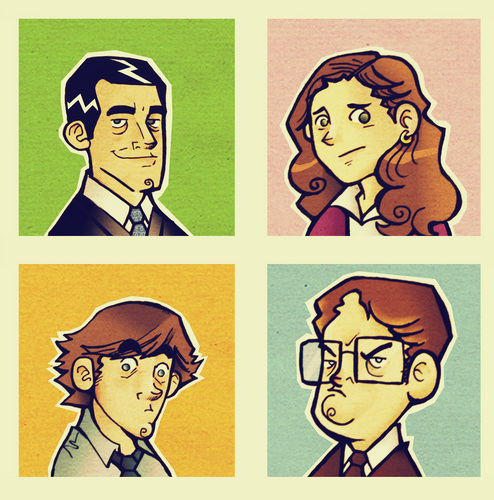 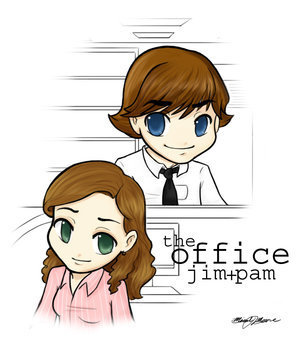 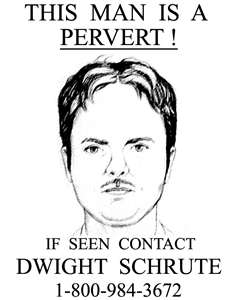 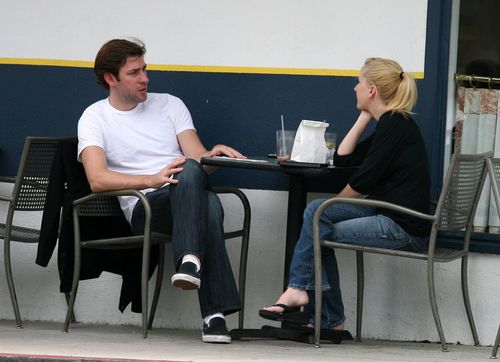 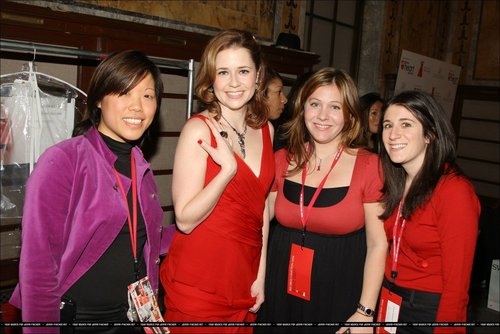 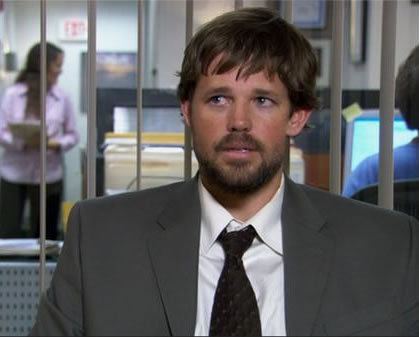 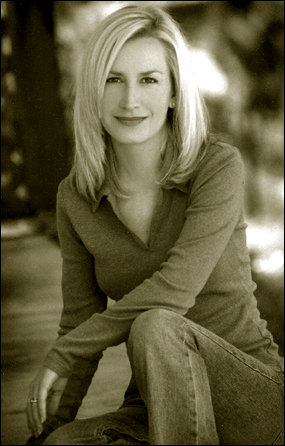 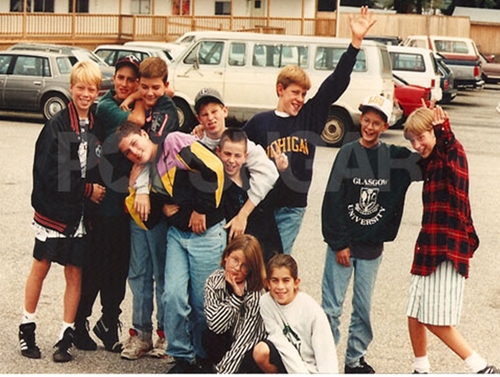 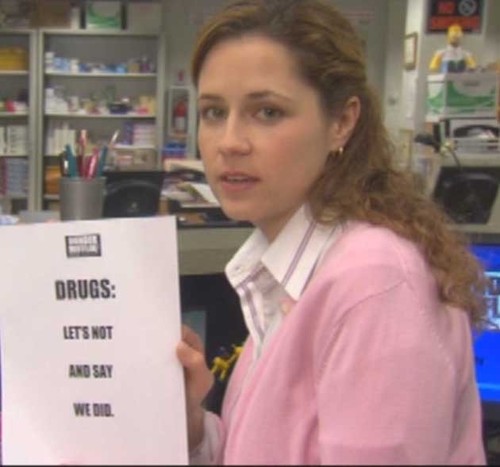 3
Drugs: Lets not and say we did
added by sandyboard93
14
Top 5 Reasons to love Andy Bernard!
posted by krazykray
Here are the top 5 reasons Andy Bernard is almost as awesome as Jim.

1.His catchy nick names and phrases. They are pretty awesome, and I found myself using a few on more than one occasion. Examples are: "Big Tuna", "Beer me", and "I really Schruted it".

2.His musical skills. He is a pretty decent singer AND he plays the banjo. What more could you want? My personal favorite song of his is "Andy and the Tuna".

3.His amazing collection of ties. Not only does he have a great tie selection, but he miss-matches them so they actually look good.

4.His ability to manipulate people by slowly wearing them down. This will, I repeat WILL, get him far. Mark my words.

5.His ability to beat-up most people. Angry Andy could possibly dominate anyone or anything. This includes Superman, and Dwight Schrute.


Anyone agree?
Also, any other reasons he is amazing that I may have missed?? 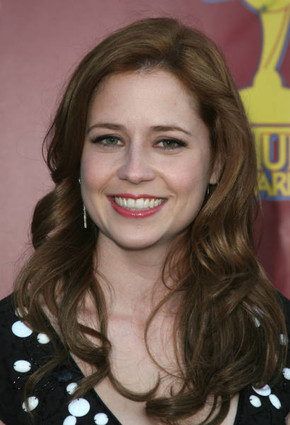 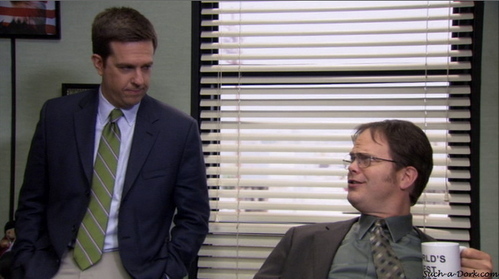 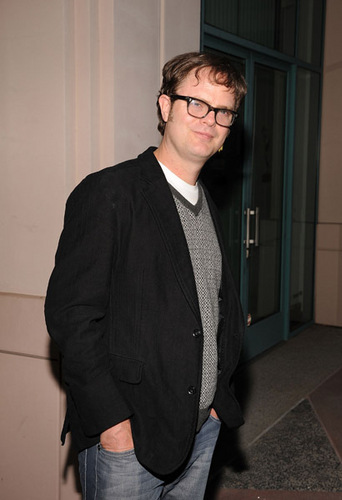 4
Rainn Wilson @ 'Inside the Office'
added by chel1395
Source: OfficeTally.com 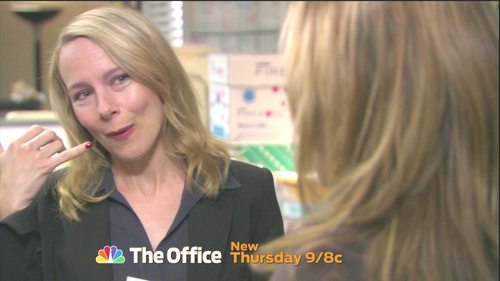 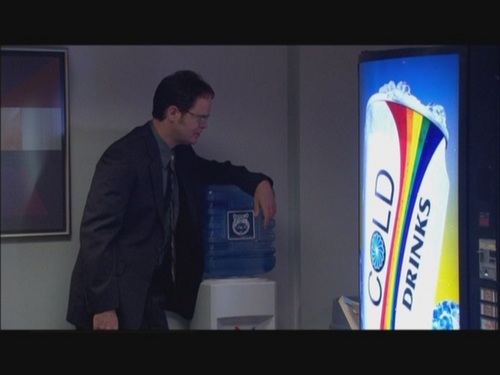