DISCLAIMER: I wrote some of these, but the majority of them were written by the folks at phantomoftheopera.com. link.


…When every single story your teacher asks you to write turns into a Phantom fic.

…When even your friends' friends know about your obsession and warn THEIR friends not to ask if Phantom's a musical or an opera.

…When you print out drawings of Leroux Erik by yourself and some of your favorite artists on DA, cut them out so you get a paper doll, and put them in a book, and carry them everywhere you go, and you speak to them when you are alone.

…Same thing with a Barbie doll who survived a nose operation and was painted in yellow by you.

…When you get bored and decide to make a POTO ringtone with your phone's voice recorder.

...And said ringtone is Michael Crawford's evil laughter at the end of the All I Ask of You Reprise.

…You and your friend make Michael Crawford T-shrits and plan to wear them to school on January 19th (his birthday).

…You frame the playbill from your first time.

…You’re blasting metal at top volume on your iPod and suddenly drop everything (literally) because you think you saw someone mouth the word Phantom.

…Your teacher gives you a paper plate for cookies at a class Christmas party and you can't stop twitching until you borrow your friend's exacto knife and cut it into Erik's mask. And wear it proudly for the rest of the day.

…You make all of the characters from POTO on the Sims and even design a house for Erik with a coffin for a bed and a "torture-chamber."

…Whenever you see someone sitting next you that you are not personally acquainted with, you doodle the mask logo on a piece of scratch paper in hopes that if they just happen to be a phan, they will see that you are one as well.

…All you can think of are different ways to seduce Michael Crawford.

…You are constantly thinking up theories on how Michael Crawford could somehow visit your house.

…All of the aforementioned theories end in...intimacies between yourself and Michael Crawford.

…You see a license plate with the letters "PMC," and the first thing you think of is "Phantom - Michael Crawford."

…You write sentences for your vocabulary homework, and all the sentences have to do with POTO.

…You carry a battered copy of Leroux's novel with you everywhere and try to get anyone and everyone to read it.

…Religious nuts ask you WWJD? You immediately reply with well.....WWED?

…You draw a tiny mask with ketchup on your cheeseburger, and mustard for yellow eyes.

…You have an oh so wonderful phantom desktop that you tend to stare at for at least ten minutes before actually doing anything on the computer, usually forgetting the original purpose you had opening the thing in the first place.

…You're looking at this list and saying "I've done that and that and..."

...You buy a lighter at a gas station even though you'd never use it except to light candles, just because it has a scorpion on it and you thought "OMG! Like the scorpion and the grasshopper!"

...You've seen it 643 times, kept count and are still counting despite the fact you want to blow your brains out every time Emmy sings.

…Or if you’re JustHuddy, when Patrick Wilson sings (see above).

…You are irrationally afraid of grasshoppers, but spiders and scorpions don't frighten you a bit.

...You paint your nails black (or red) with little white half masks.

...You read the Leroux novel twice a week and try to memorize it!

...You plan on playing "Think of Me" on your flute for a solo festival coming up.

...For your art project you make a sculpture of The Paris Opera house.

...You don't speak but you make distinctive hand motions on Lon Chaney's birthday.

...Your favorite Greek god is Apollo

...You sunbathe while wearing a half-mask so you'll have a Phantom tanline.

...When you hear something that sounds VERY vaguely like Phantom and all of a sudden you're like "WHAT?! PHANTOM WHAT?!"
PhantomFemme, Mirlotta and 15 others like this
velvet_fox Oh LMAO LMAO I thought I was obcessed as I could recite the whole thing from begining to end and had a POTO themed birthday party once, but this, this is a whole new level of fangirling!! XD "...You sunbathe while wearing a half-mask so you'll have a Phantom tanline." ROTFLMAO *DIES* XD XD XD And as a sidenote I love PW's singing. :/ Gerard Butler on the other hand, well pass me the gun. And is it seriously just me who is a HUGE POTO fan, but does not like Erik so much? I'm head over heels for Christine and I adore Raoul too, but the phantom doesn't enthrall me so much I just find him tragic. :/ Anyway props to you JH for the LOLZ!
dragonrider wow you impress me. here is what I do watch the movie every sunday listen to the original cast recording everyday memorize the songs say quotes from the movie if they relate to what I'm feeling look up all the movies and watch them
JustHuddy Note #2. I made a pick out of that.
EverybodyLies ): I think P-Weezy (patrick wilson) sings okay.
JustHuddy I really don't mind him that much anymore...but I still can't stand Gerry.
MiraclexBlazer The DVD repeats after a few cycles of the main menu so sometimes I just let it run for days at a time. Would that make it on the list? Oh! And at my school's character day I went as a female version of Erik and sung the songs all day long... well, I actually do that last part everyday. ={D
Phangirl7 The only 2 I've done are:\ The vocab sentences (I did this once back in high school.) Someone mentions it and you go WHAT? PHANTOM WHAT? (Yeah, I might've done this. . .once.)
PhantomFemme Oh Wow, LOL I'm laughing my ass off at how many of those I've actually done and how many sound like really great ideas! 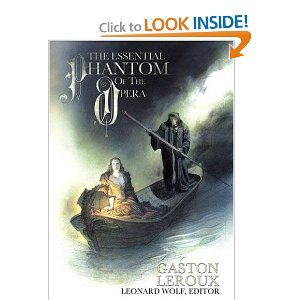 The Essential Phantom of the Opera: The Definitive, Annotated Edition of Gaston Leroux Novel 1996
added by TBUGoth
Source: Amazon 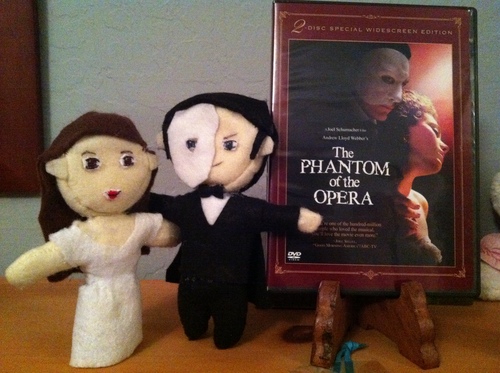 My Erik and Christine dolls
added by cypress11
Source: Me 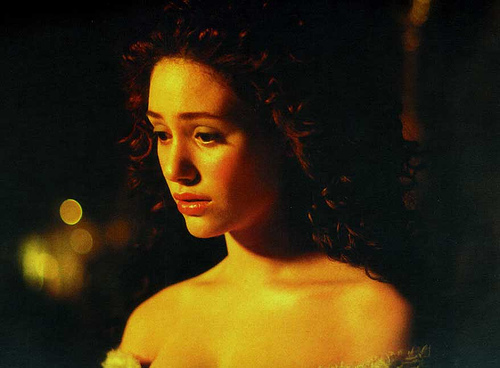 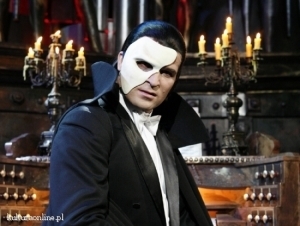 The Phantom of the Opera (David Staller 1991)
added by TBUGoth
I think the musical style is similar to "Peter Pan" which premiered on Broadway in 1954.
video 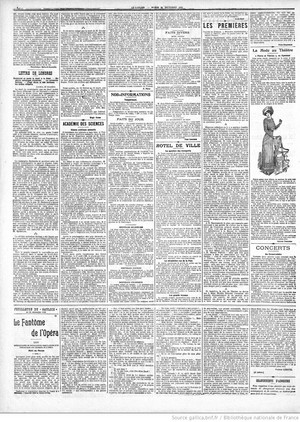 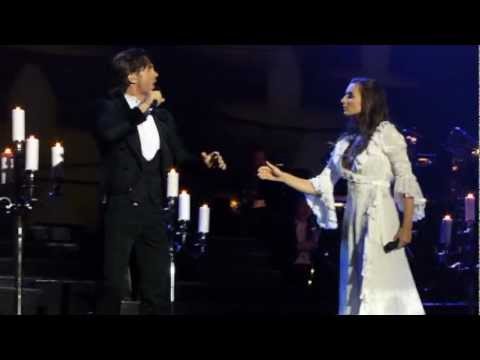 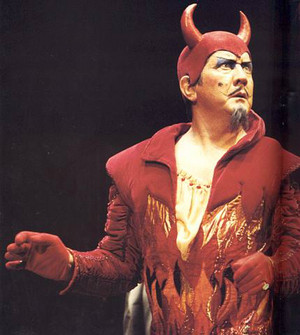 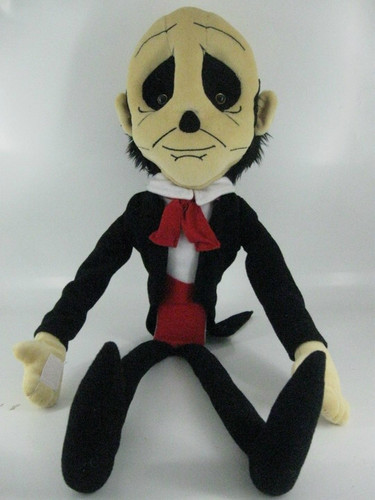 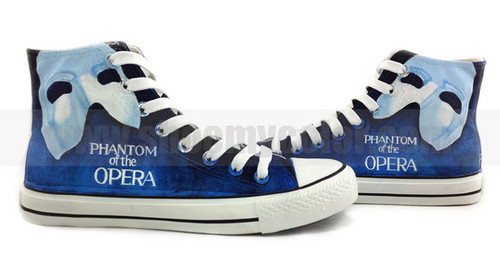 2
Phantom of the Opera customized sneakers
added by boazhao 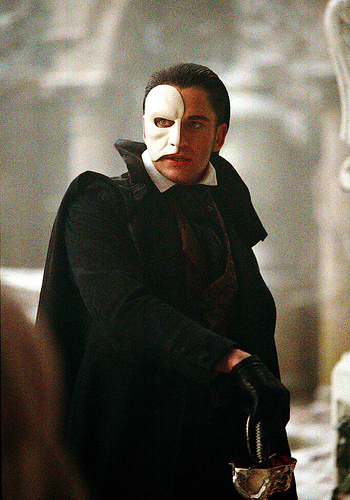 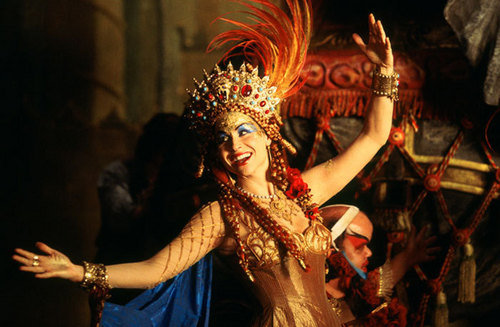 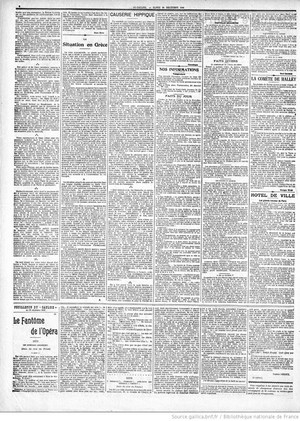 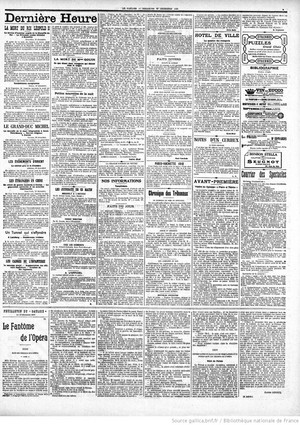 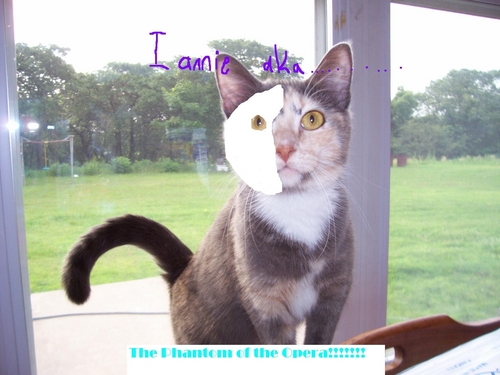 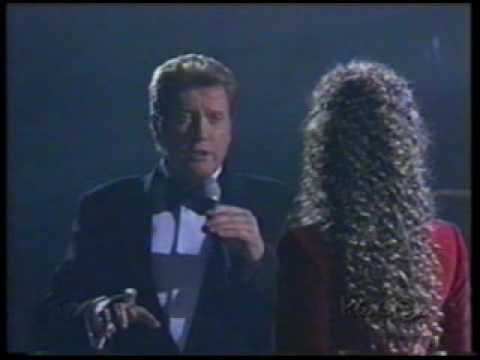 The Phantom of the Opera, Michael Crawford with Dale Kristien
added by TBUGoth
video
More Cards
1234567891011