I was walking amoung the waterey streets of this city, looking for one Shadow The Hedgehog, whom I hated so much; he could ruin my plan... he had stopping that pathetic hedgehog, Silver, from the task I had put him up to once already.

He had interfiered once too much.

But... Shadow had potential, and lots of it. His ability to manipulate time and space so easily was incredible to me. How could one as simple as he do so much damage when wished?

I had made up my mind; I would attempt to convince him into assisting me in my task, and if he did not, I would destroy him. Simple.

Little did I know, the very one I was searching for was hunting me.

I was caught compleatly off guard as the black and crimson hedgehog punched me into the water.

I was drowning... Water everywhere... I couldn't see anything...

I saw a black being dive into the water, heard the muted splash...

Of course Shadow would come in after me; make sure I drowned compleatly.

Until I realised that this myserious being was dragging me upwards... towards life-giving oxygen.

This was not Shadow.

I was pushed out onto the pavement, and I landed heavily on my back. I coughed up water, and got weakly to my feet.

Shadow was still here; not wet in the slighest. However, there was another black hedgehog here; a female with acid green markings, who was soaked.

"Crystals dont float, you idiot!" She shouted, with an Australian accent

"He was just WALKING along, not doing anything wrong, and you nearly killed him!" She responded. "I may be just a kid, but I still know that that's WRONG." A chainsaw appeared out of nowhere into her hands.

Shadow slowley backed away. "Whatever." With that, he turned tail and left.

"Are you okay?" She approached me, and gave me a hand. One of wich I happily took.

"Wha-?" She dragged me off, presumably towards her home.

"I can't just LEAVE ya here, can I?" She sounded very Australian. "Who knows what bugs where in there!"

I blinked twice. She was an oddity, a rarety, someone who betrayed all common sense. Why help me?

2 Days later, I had reformed, and we were Best Friends.
Ocean_Hedgehog likes this
MephilesTheDark Apparently, I'm not the best swimmer...
Thirddevision =3 i like the story
MephilesTheDark Rebecca and I wrote it together...
XxMephy-ChanxX that is lovely ^^
MephilesTheDark Thanks.
CrescentVampire Congradulations on your very first storey.
JayCee-the-Dog Smashing story! :)
MephilesTheDark Thank you thank you... I've gotten better, though. XD I'm working on a few series, I'll post them ASAP. One is 'A Shade's Tale', featuring my re-write of Meph. The other is 'The Wonders' featuring my fcs. Like Ningizzida the Hedgehog, Scathe the Hedgehog, and Amun the Hedgehog. ^^
3
The Ultimate Prank~ Follow up to 'The Ultimate Challenge.'
posted by MephilesTheDark
The street was busy, filled with cars. I grinned. This was the place.

A carton of milk in hand, so aged that it was not lumpy, but a lump, and the outside was faded past recognition. (See link for further details on the Lump of Milk)

I looked at the busy road; a two-way street, bustling with activity.

I waited till there was no incoming traffic, then hurried out and put the carton just near the dotted line, then quickly retreated back to the safety of the Bus Stop.

Sure enough, more traffic came, and I concentrated on the milk carton, praying this would work.

There it was, the milky lump, on a busy...
continue reading...

1
Cool Thing
added by Thirddevision
video
3
The Ultimate Challenge.
posted by MephilesTheDark
This was it. The time. The ultimate challenge.

I quaked in fear as I looked into the depths of the enemy.

I stared in horror at the food stuffs that had been gathered there. Macaroni, bacon, lettice, cheese, all in there together, an army of mass destruction.

I gulped in some fresh air, and the contest began.

For here, the Fridge was cleaned rarely, perhaps once a every three decades, maybe less. The contest was a war between everyone who lived here; Annie, Nick, David, Rebecca, Crescent, Robo-Knuckles and myself. Also compeating was Manic. The victor was the one who found the oldest...
continue reading... 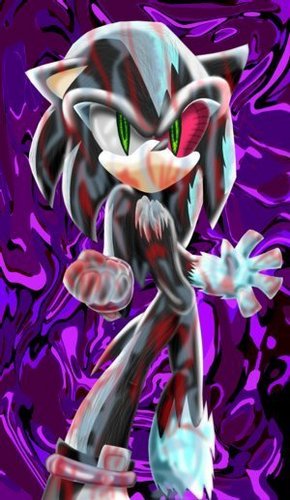 1
Showdown with Mephiles (Part 1)
added by BeccaDaHedgehog
video
mephiles
1
Acceptance.
posted by MephilesTheDark
A pair of unblinking, venomous green eyes peeked around the corner of the Family Room and the Corridor.

Seeing the coast was clear, Mephiles slipped around, silent as a shadow, untill he walked up to a door on the right; it was white, and made so as you pushed it, it would become literally half it's regular size.

The teal streaked hedgehog stood next to the door, not opening it. Instead, he pushed his ear to it, and tried to catch some of the conversation that was going on inside.

"... I'm sure he's fine." Said one voice. Mephiles recognized it immediatly as the she-hedgehog who had saved him...
continue reading...

I paid them no mind as I struggled to keep up with a white hedgehog with gleaming red eyes and a black cape; Crescent.

He was a great friend, self-appointed "Healer" of our group, due not only to his medical expertise, but also his supernatural abilitiy to heal physical wounds.

It was about 1:30 am, and the people of Australia slept, the locals unaware of two Mobians sweeping through the bush at near supersonic speeds.

Crescent led the way, as I was unsure of what...
continue reading...
1
This Is Who I Am.
posted by MephilesTheDark
I sat in a sparse amount of bush, nearby suburbia. I never ventured far on my walks, as I did not know my way around the Australian bush very well.

I was on a small rock, idly staring off into space.

I am Mephiles the Hedgehog, ex entity of darkness, and now an Australian Resident, living in the Eastern Suburbs of Melbourne, Victoria.

My best friends are Rebecca the Hedgehog, a.k.a "Scorch"; a hyperactive, fun-loving girl who could control fire, pull chainsaws out of nowhere, and run at supersonic speeds.

Favs...
Country; Australia.
Food; Blood.
Movie; None.
T.V Show; None.
Music; Crush 40, Linken Park, Evanescence, Disturbed, and Bad Religeon.
Video Game; Shadow The Hedgehog.
Sport; None.
Bffs (Known in person); Rebecca The Hedgehog, Manic The Hedgehog, Mephiles,and Robo-Knuckles.
Enimies; Dark The Demon, Dr. Ivo "Eggman" Robotnik, Scourge The Hedgehog, Rosy The Rascal, Ix The Echidna, and any other villains.
Rivals; Just about everyone.
Instrament; Piano.
Likes; Friends, Music, Playing Games, Blood, and Meeting new people.
Dislikes; Evil, and people talking badly about vampires.
Personality...
Around new people; Doesn't talk much.
Around friends; Hates talking unless he makes a point, answers only when spoken to, always suspicius of anyone, and a bit of a loner.